Top chef Ali Güngörmüş made his name as head chef at the Michelin-starred restaurant Le Canard Nouveau in Hamburg and today is also a well-known TV chef. Güngörmüş’s new restaurant, Pageou, located in the Fünf Höfe shopping mall in Munich’s city centre, is named after the East Anatolian village where he was born in 1976. The chef has thrown his heart and soul into this new venture, which features sophisticated Mediterranean cuisine prepared using simple, high-quality ingredients. These dishes are served in a restaurant that is open, inviting and timeless, and which has been tastefully decorated by interior designer Nora Witzigmann. The lofty, light-filled space prominently features Thonet’s iconic S 64 cantilever chair, designed by Marcel Breuer at the end of the 1920s. In total, there are 34 of these stained black armrest chairs with natural-coloured canework placed throughout the restaurant.

The classic chairs’ simplicity and reduced aesthetics alongside their airy canework make them a perfect fit for the dining area. “Pageou is a place of sensory experience; it reflects the personality and the history of its owner,” says Nora Witzigmann, explaining the interior design concept. “Well-crafted pieces in wood, leather and beautiful fabrics are combined with clean lines. Custom-made lampshades, shiny gold glass mosaic tiles and wood panelling are reminiscent of the Art Deco movement, which took its influences from the Ottoman period.” And it was also during the Art Deco era that Thonet’s iconic cantilever chair was created. Ali Güngörmüş came to appreciate the armrest chairs during his time as owner of Le Canard Nouveau. “I love these chairs,” he enthuses. “And I know that they will be around for as long as I am. Their canework is beautiful, timeless and sturdy. And my restaurant guests will happily sit on them for hours at a time because they are so comfortable.” 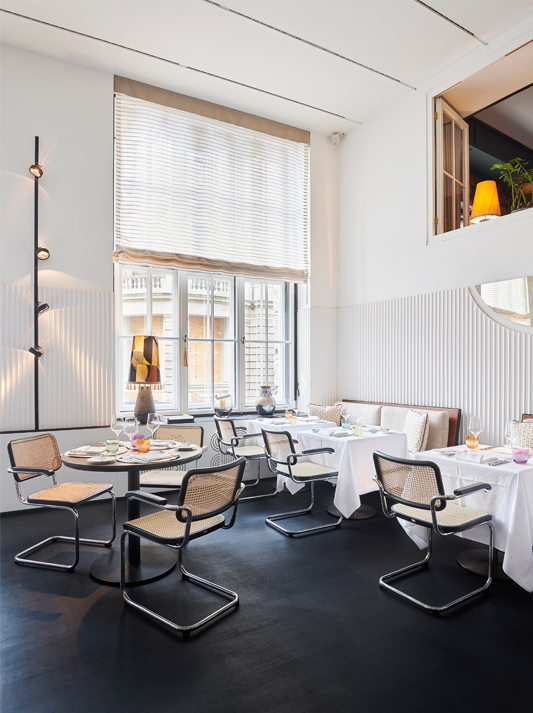 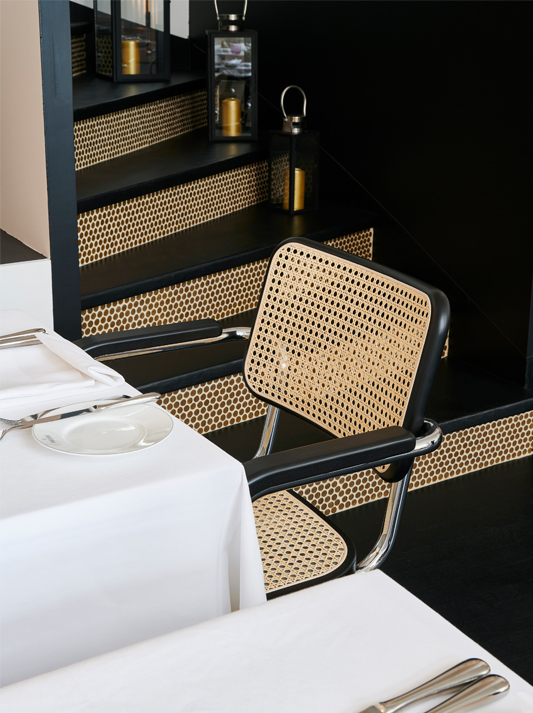 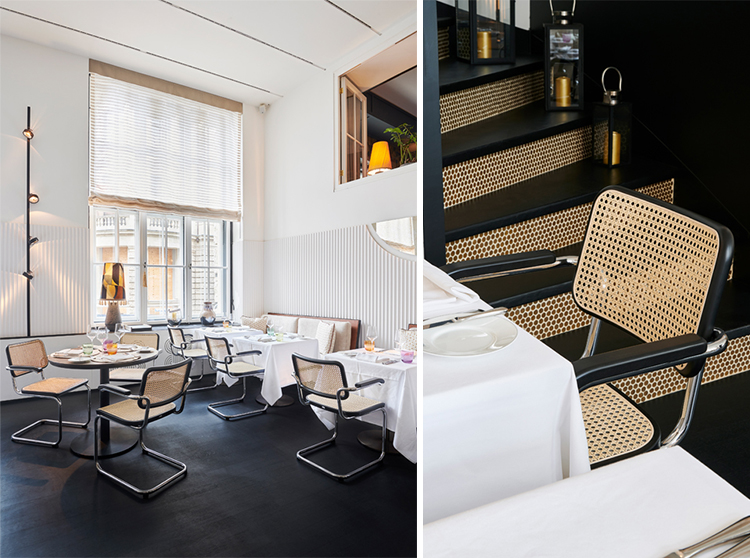