Set into the residual space of a major architectural restoration, Ricard Camarena Restaurant in Valencia, Spain respects the industrial architecture of a notable art deco building. Bombas Gens remained a dilapidated, abandoned factory until recently converted into a centre of art by Fundació Per Amor a l’Art. Almost three decades later, the 1930’s hydraulic pump factory has been given a new life, accommodating both the Art Centre and the Restaurant. Designed by Francesc Rifé Studio, the restaurant is a result of the collaboration with Michelin starred chef, Ricard Camarena. The design challenge was to create a space from the non-space.

The original architecture dictates the new layout, splitting the restaurant into two main spaces; the dining room occupies a triangular footprint, while one of the factories five refurbished sheds encloses the bar. Integrating different planes of the dining room, walls and ceiling fuse together via a skin of American Walnut timber. Its smooth texture, curvaceous grain and deep hue dramatically juxtapose against one of the factory’s exposed, brick walls. Iconic to the space, the rough texture of this feature wall is framed by custom timber lattice and is theatrically emphasised by horizontal illumination that grazes its earthy surface. Running the length of the dinning room, the wall imparts scale and form beyond the customary to seize the attention of patrons and express the industrial past of the premises. 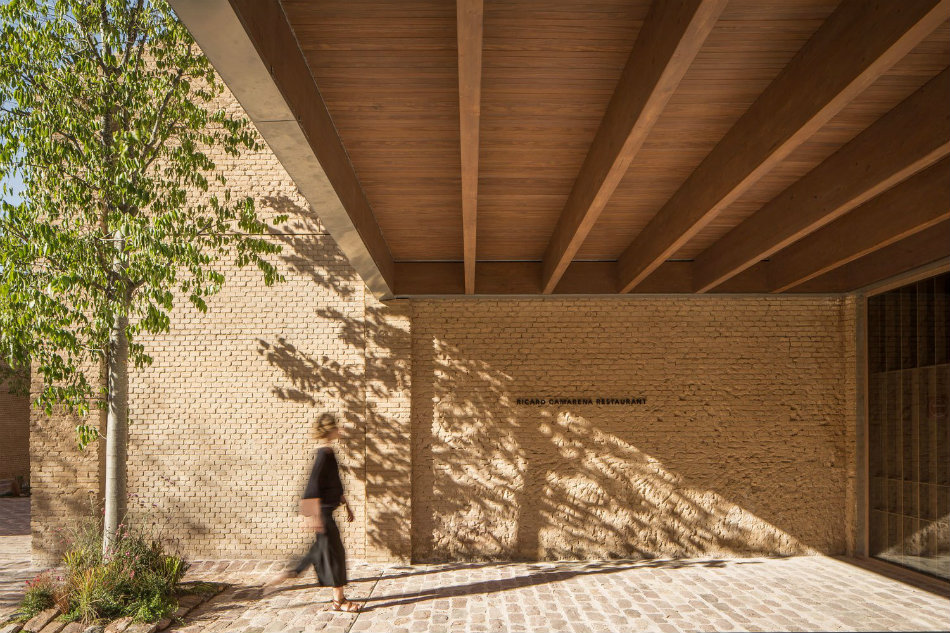 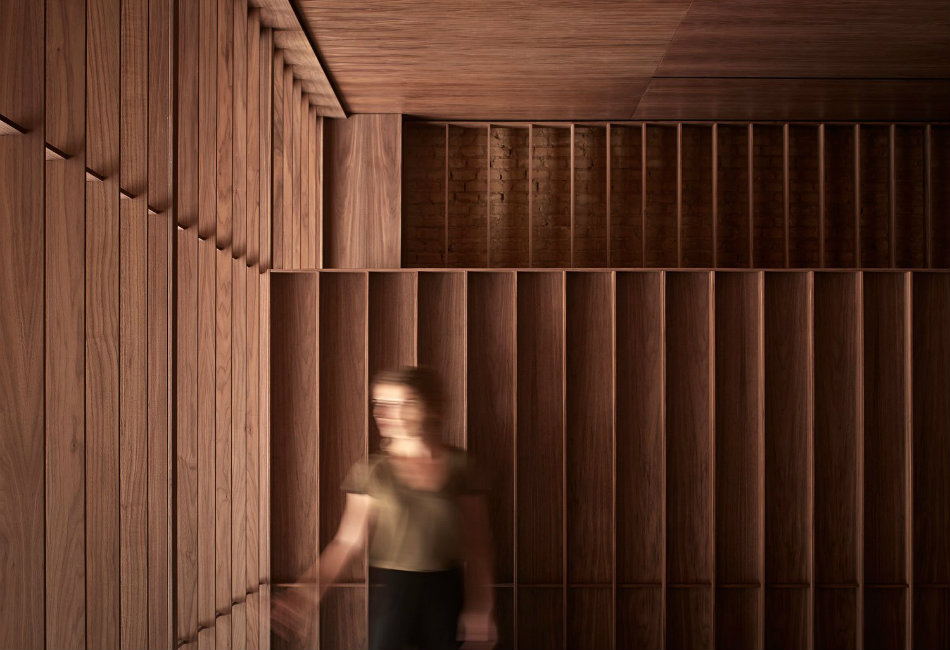 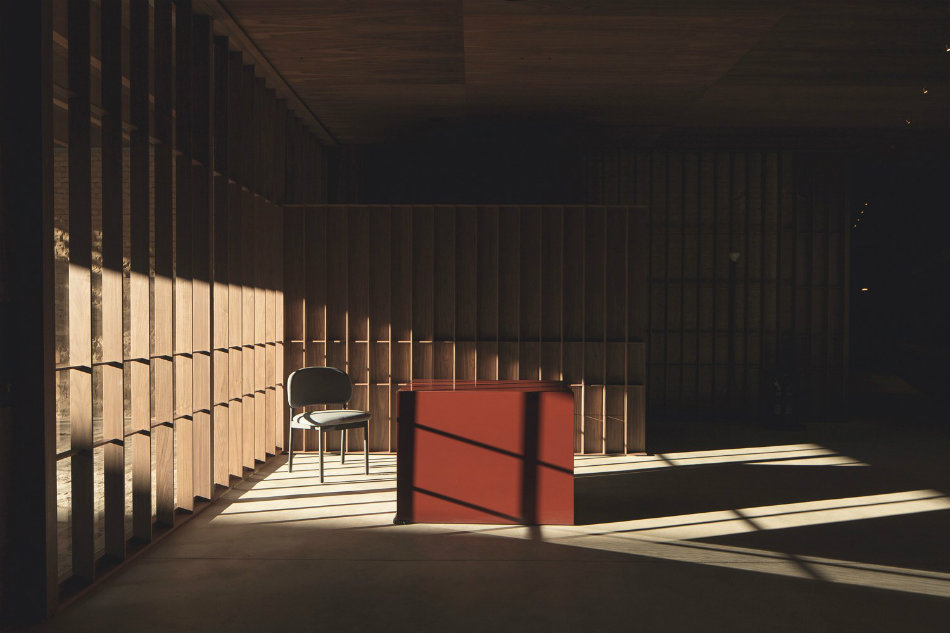 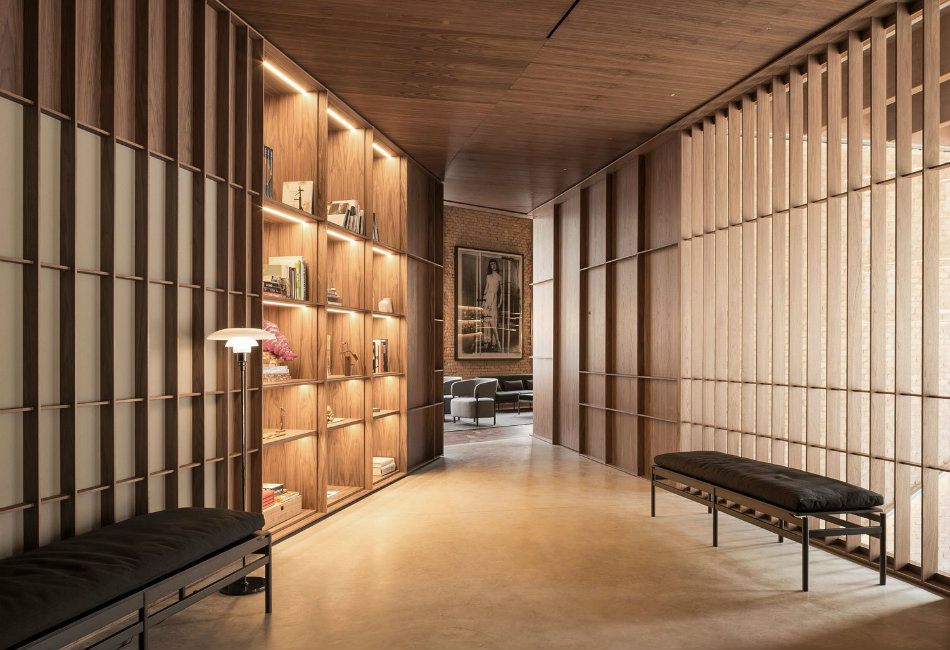 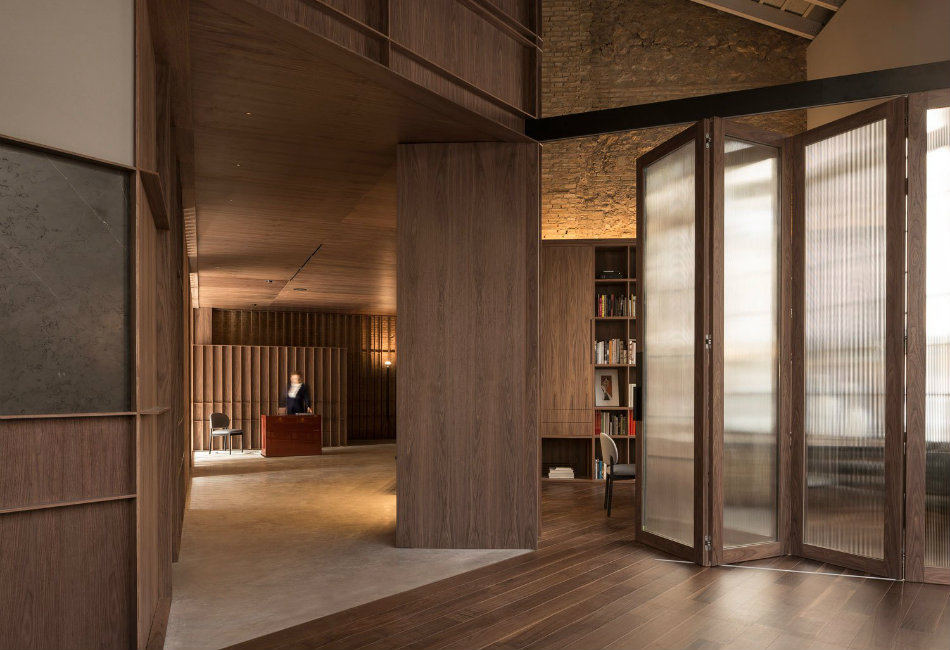 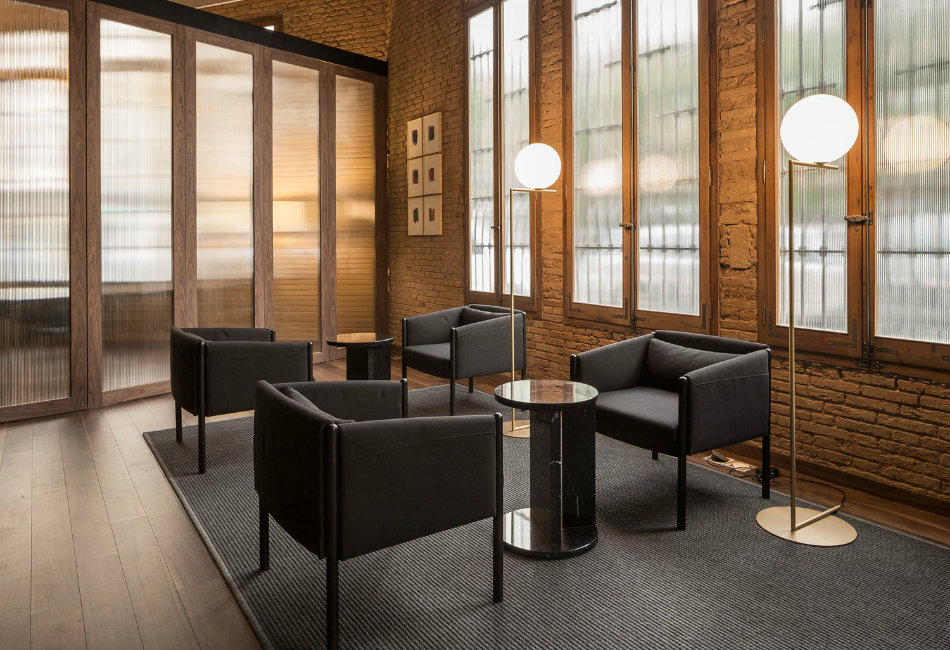 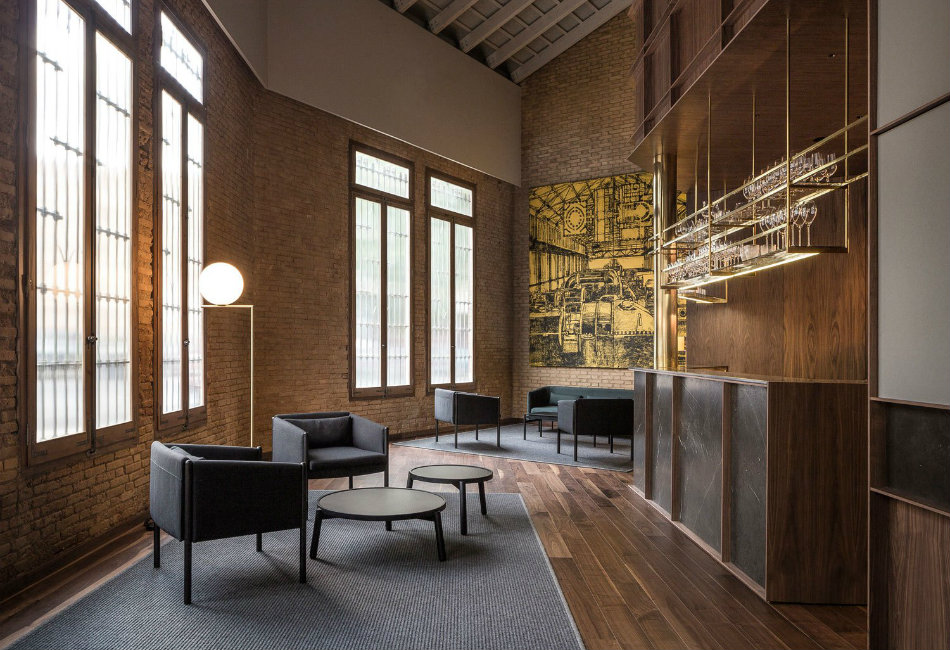 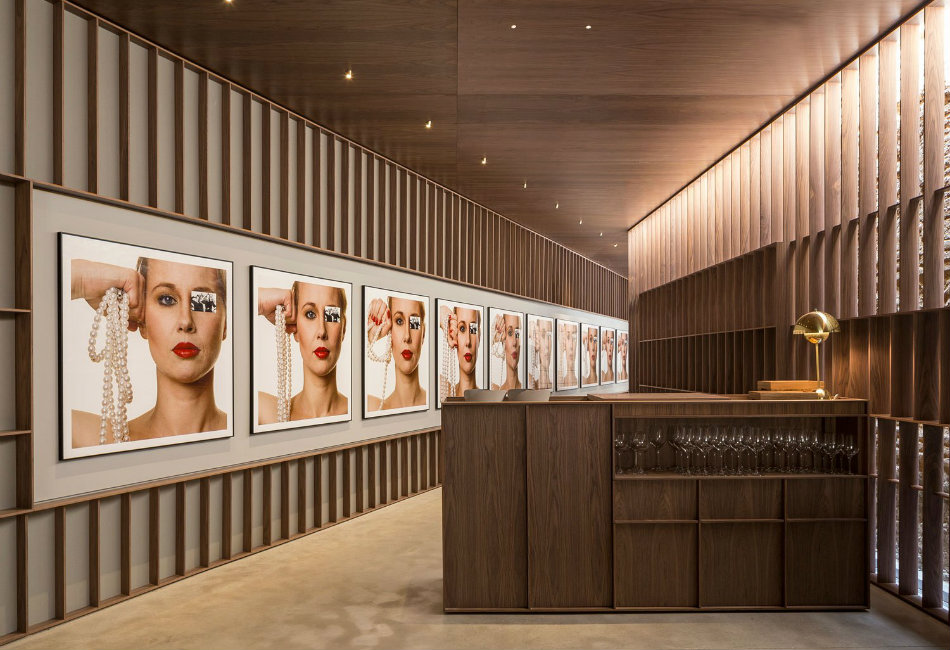 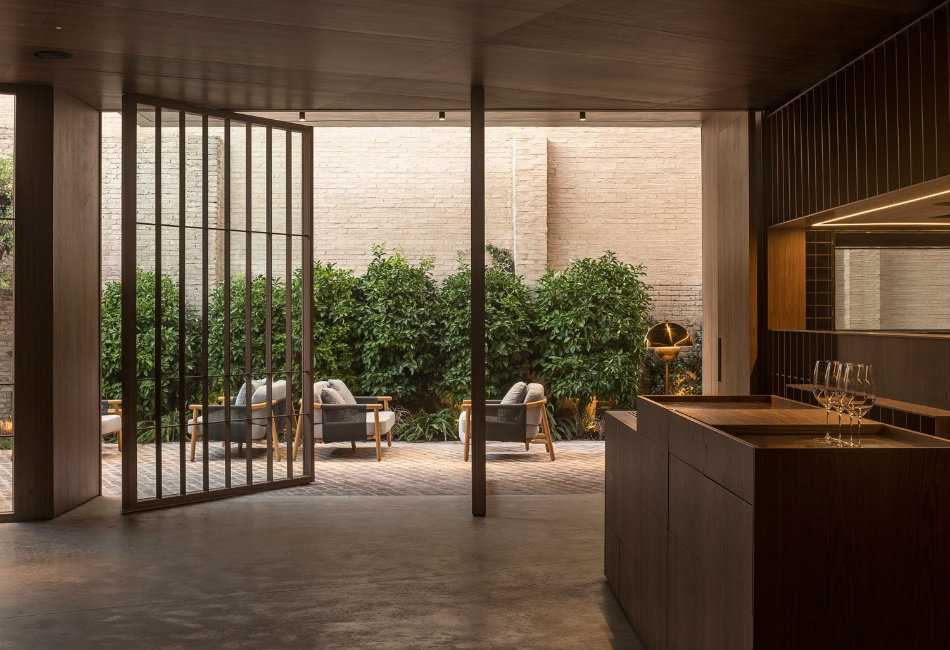 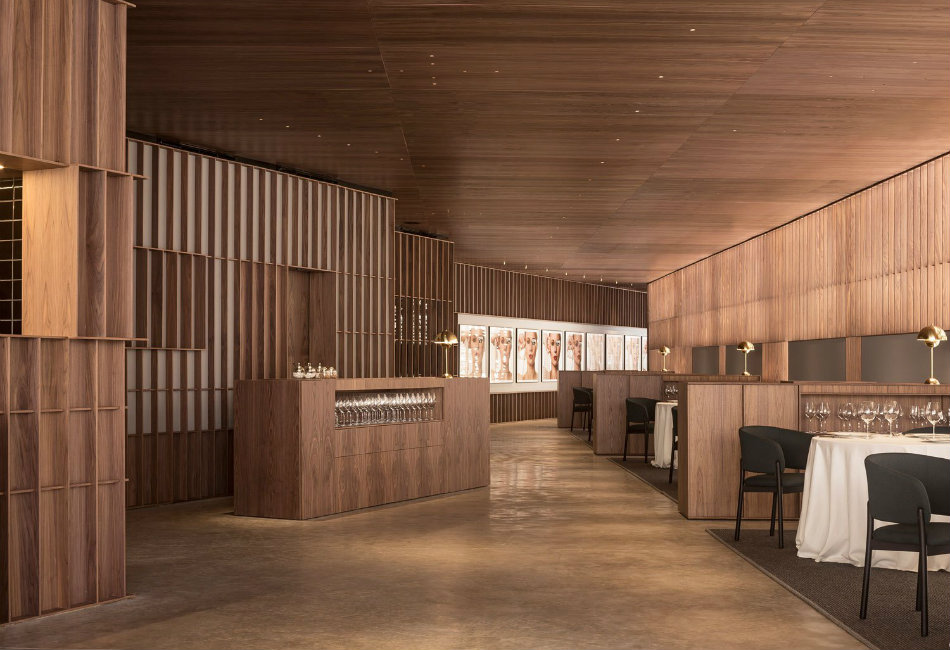 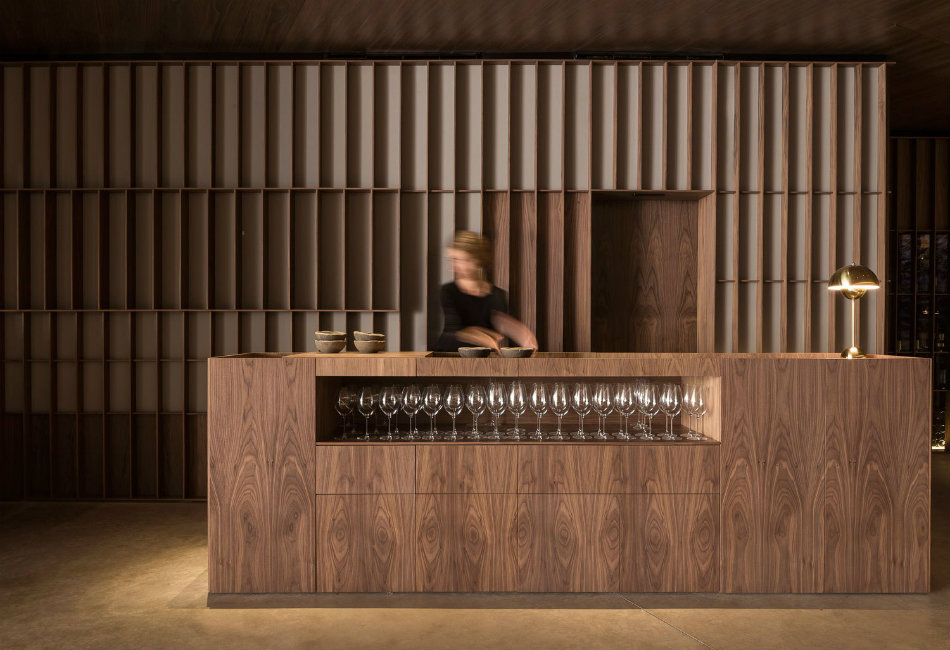 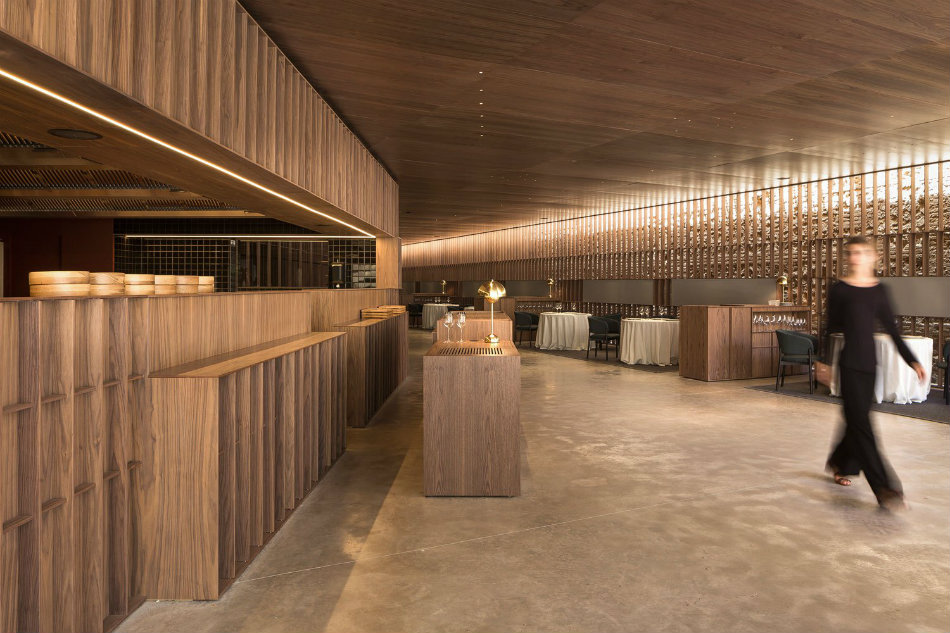 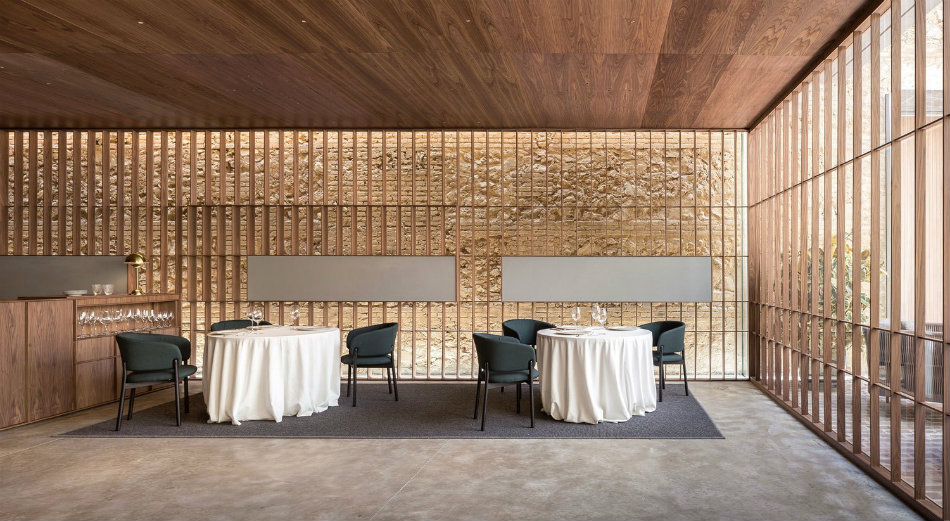 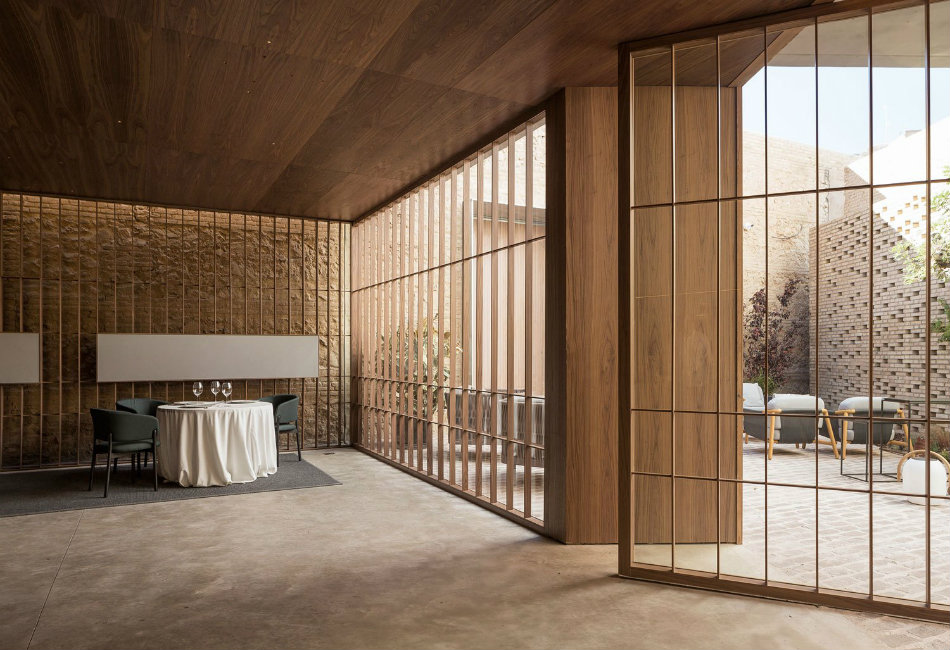 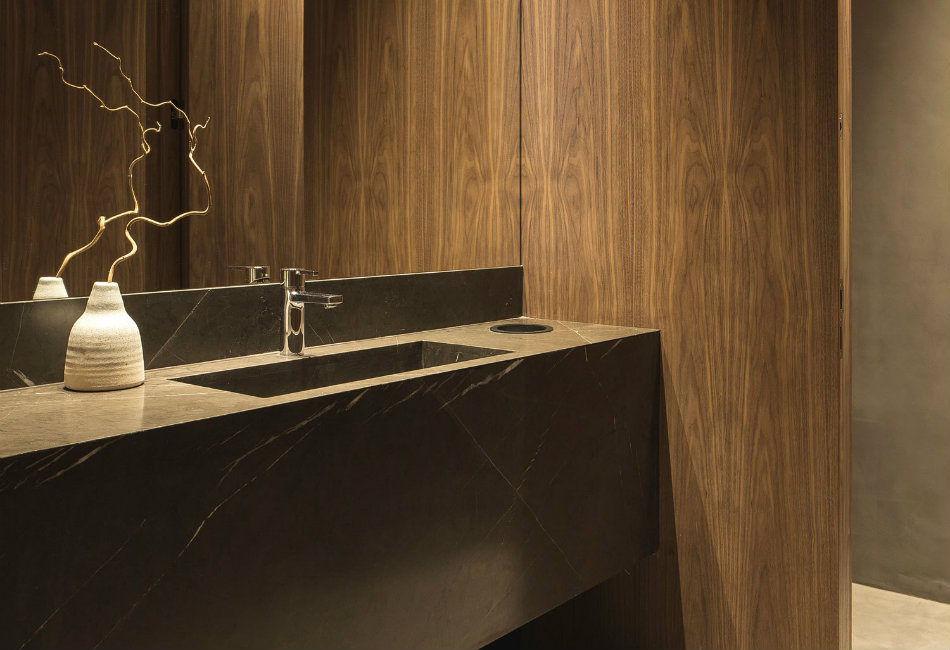 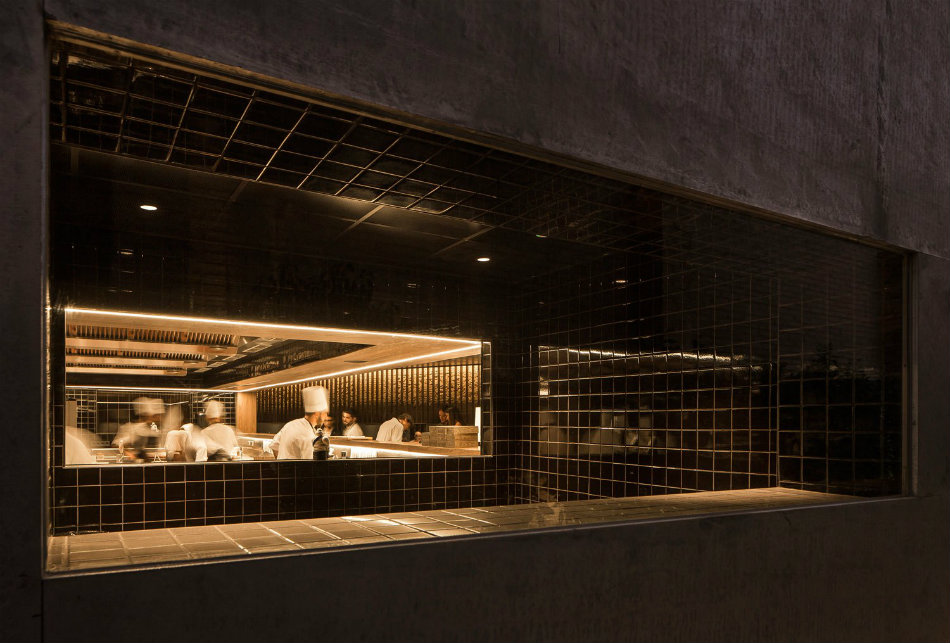 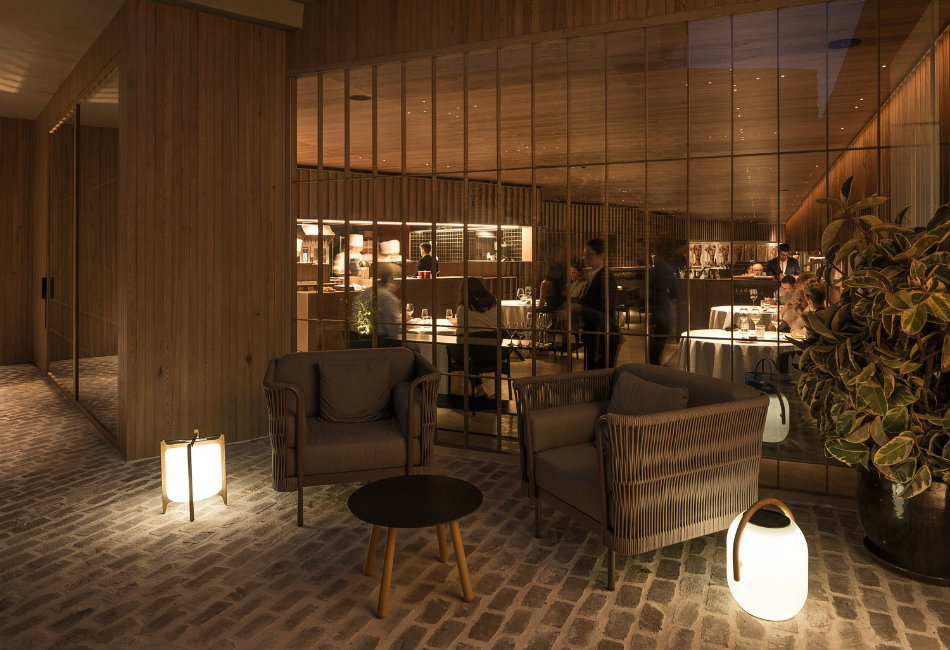