Kaikaya, a tropical sushi restaurant in Valencia by Masquespacio

A year ago Mireia a Valencian woman, now the owner of  Kaikaya, contacted Masquespacio. Mireia who is a passionate surfer with a great love for Brazil, had the dream to open the first tropical sushi restaurant in her native city. This way  Kaikaya was born, a project clearly inspired by Mireia’s lifestyle that mixes elements from Japan with Brazilian tropicalismo.

In the beginning of the twentieth century the first Japanese arrived to Brazil with the aim to work in the coffee plantations, although, the Japanese nutrition was totally different to the Brazilian for which they were obliged to adapt to the local ingredients. Seeking their own flavors, a new nikkei Nipo-Brazilian gastronomy flourished with a strong identity that after more than one century with its unique flavors and fusions reached international fame. Kaikaya, is the result of this history, bringing the fusion of traditional and methodic Japan with the tropical and exotic, contemporary Brazil to the center of Valencia. A representation showed both through its kitchen as well as through its design as described afterwards.

Starting from an emblematic venue with vaults, metallic beams and original bricks the first conclusion for the aesthetics was to maintain the existing elements in its actual state, highlighting the beauty of its imperfections left by time.

Above, the design needed to contain a strong splash of color, together with an eclectic style that could mix the 2 concepts of Japan + Brazil without being conventional. Thereby, in first case we can recognize the use of materials that remind to Japan like wood and raffia, together with elements that bring in the tropicalismo from the samba country with its colorful patterns made of mosaic tiles, parrots and an overwhelming incorporation of plants.

Immediately when entering the restaurant, you can acknowledge the raffia circles that represent the hats used during the rice collection in the country of the rising sun and that are here merged in an explosive way with the colorful mosaic tiles and tropical plants. Once reaching the bar, again we encounter the mix between Japan and Brazil through the tradition Japanese wooden pattern on the bar itself and the colored patterns inspired by the Brazilian Seventies.

Also, here we can find the parrot lamps with a palm leaf that as all the other decorative lamps were specifically designed for the project.

On the upper floor on the other hand anew we find a combination of the original heritage from the space, fusioned with tropical and Japanese elements; A look that clearly can be recognized through the round seating corners which are half inspired by Brazil and half inspired by Japan. 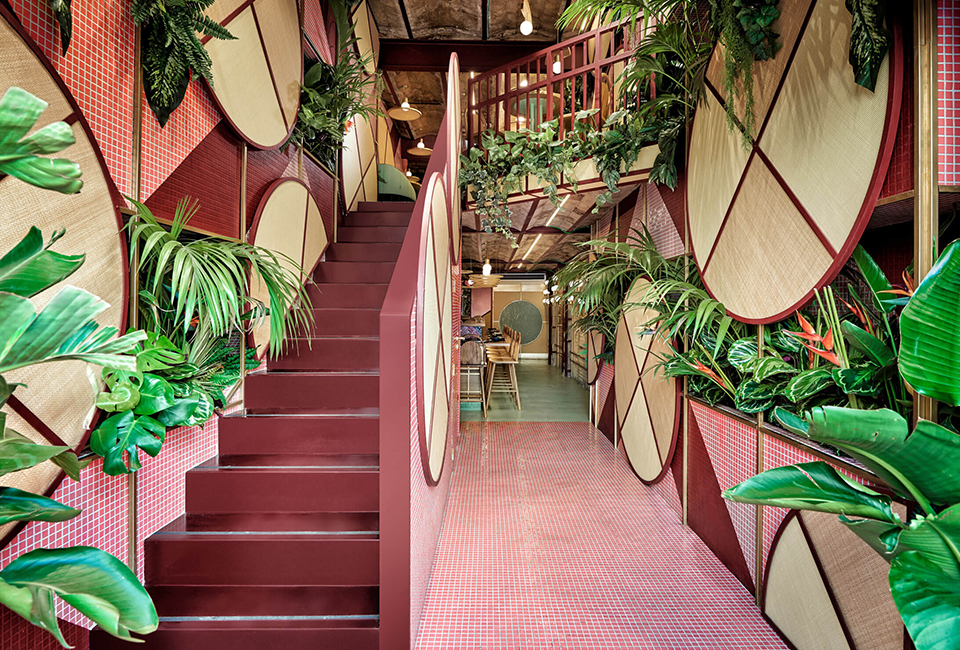 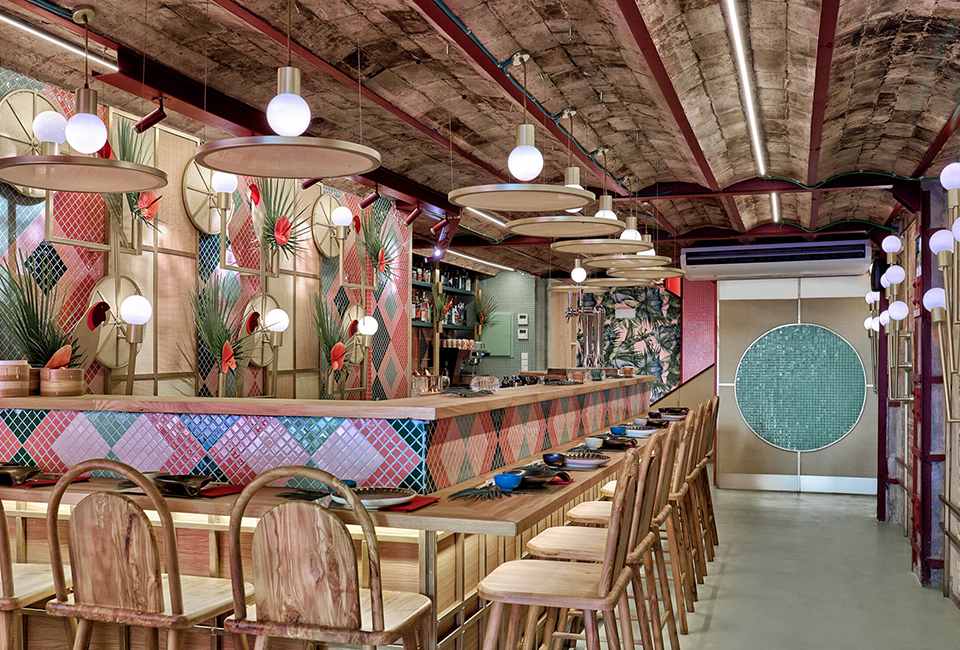 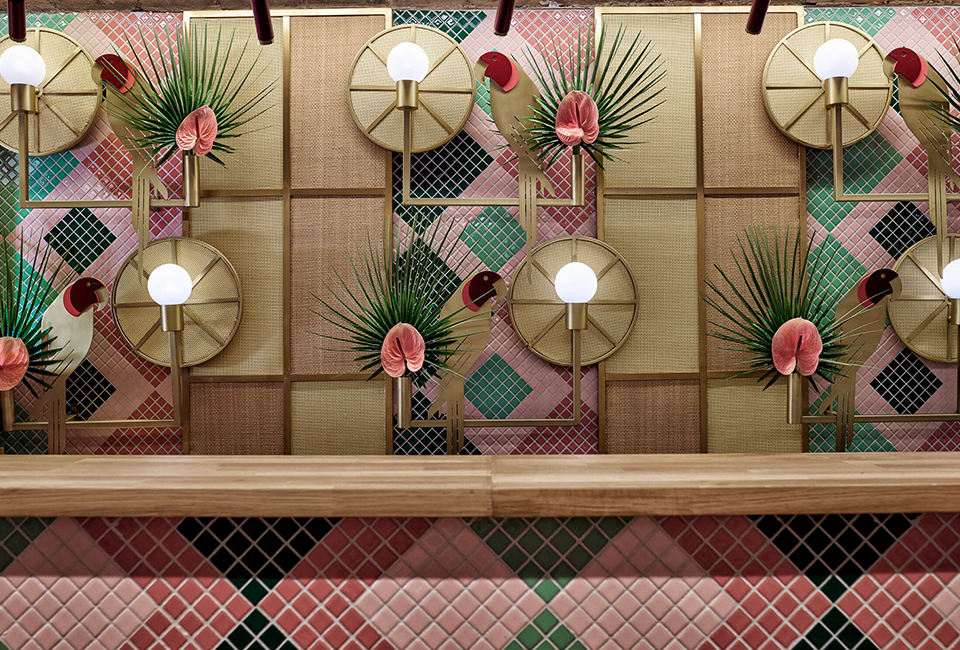 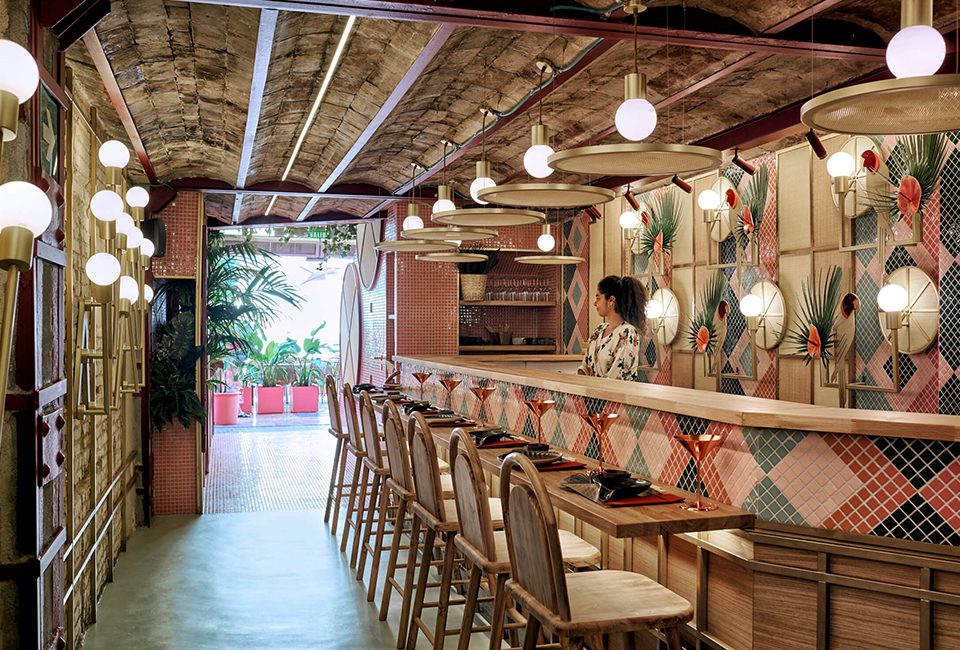 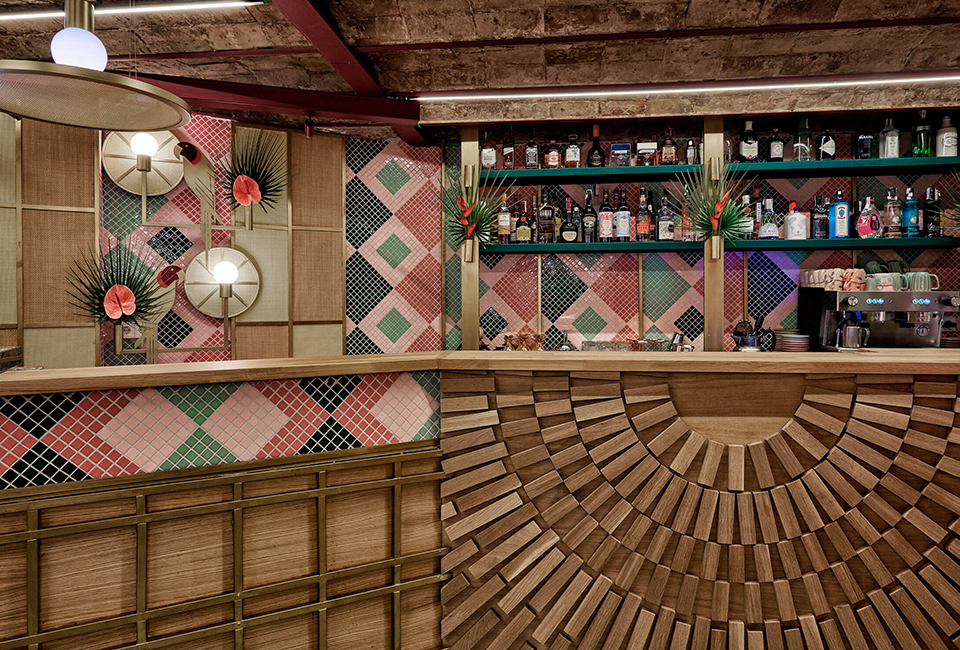 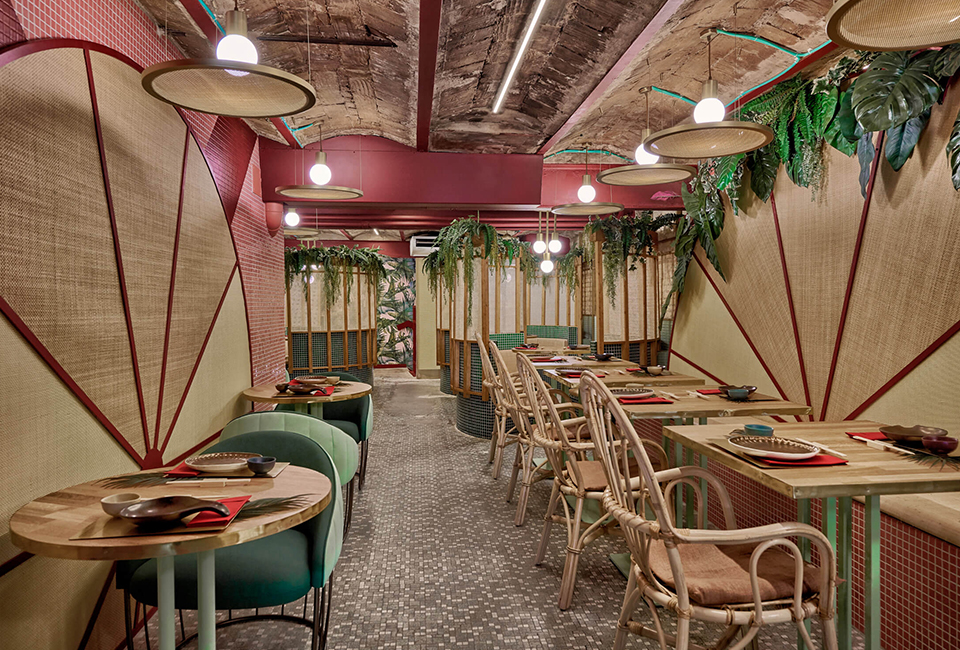 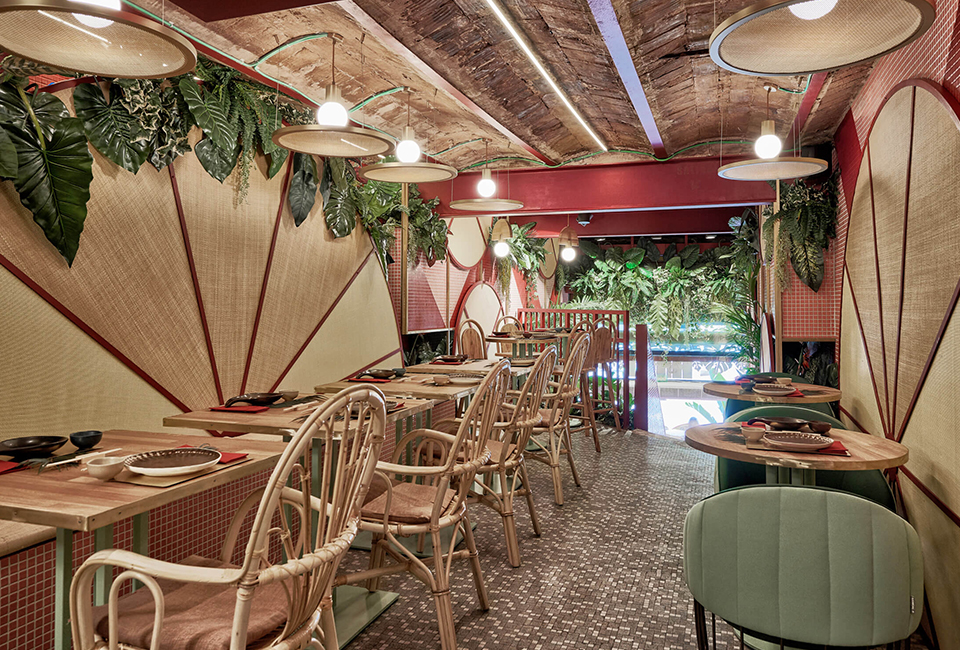 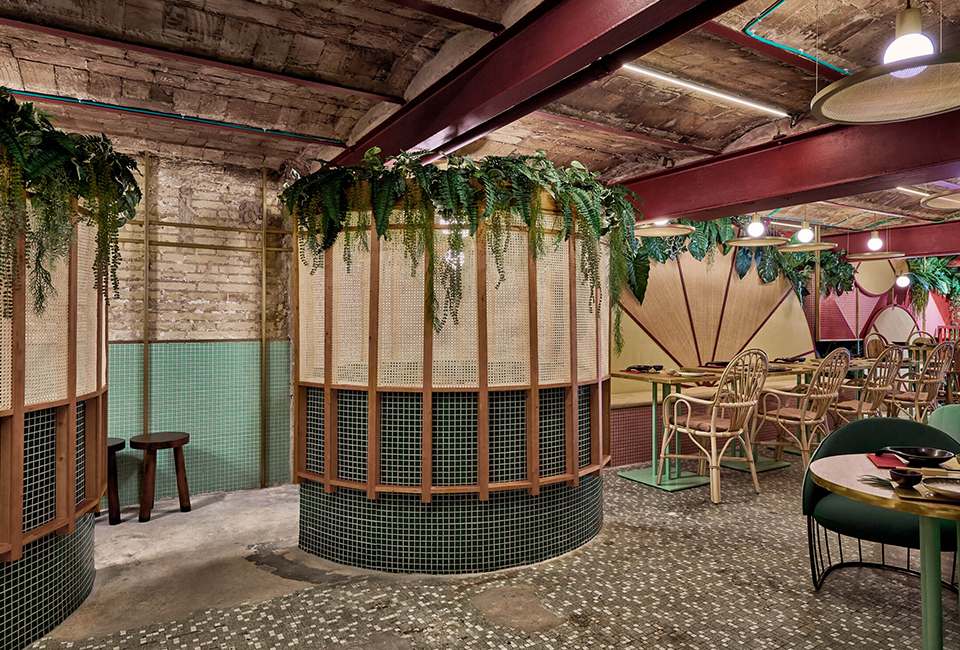 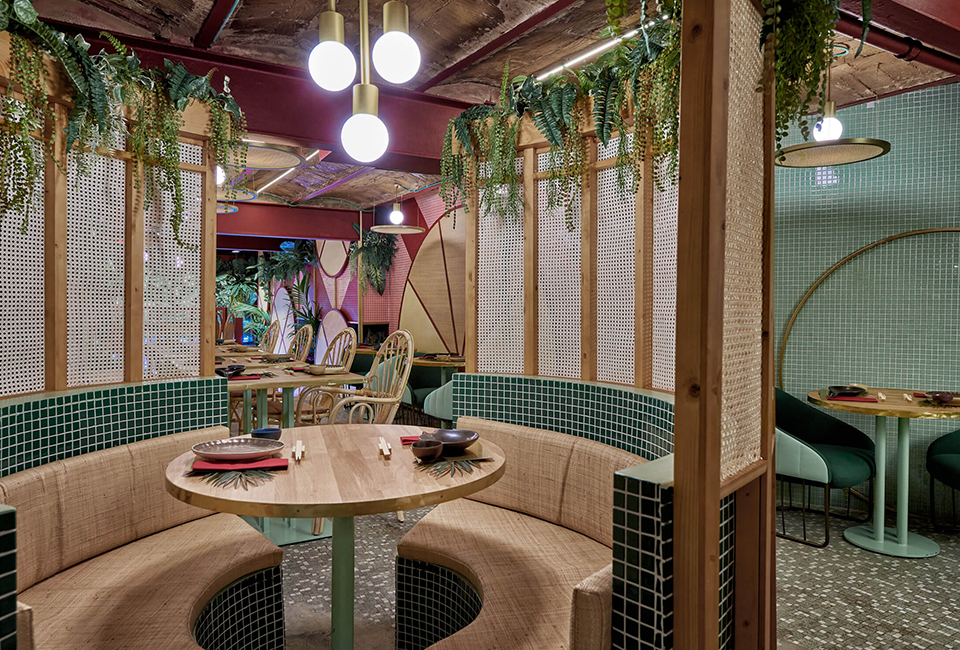 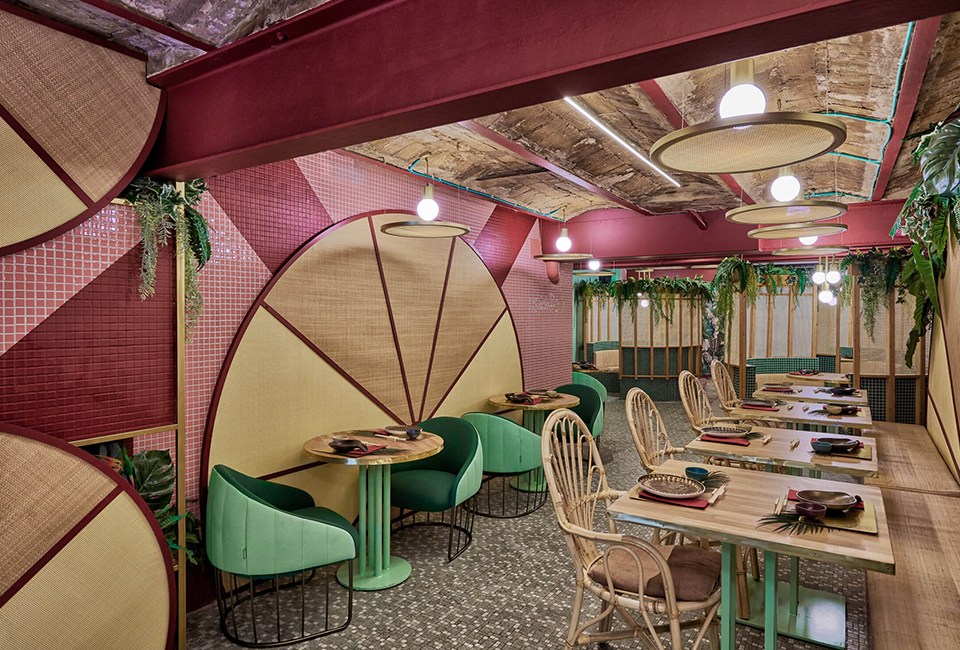 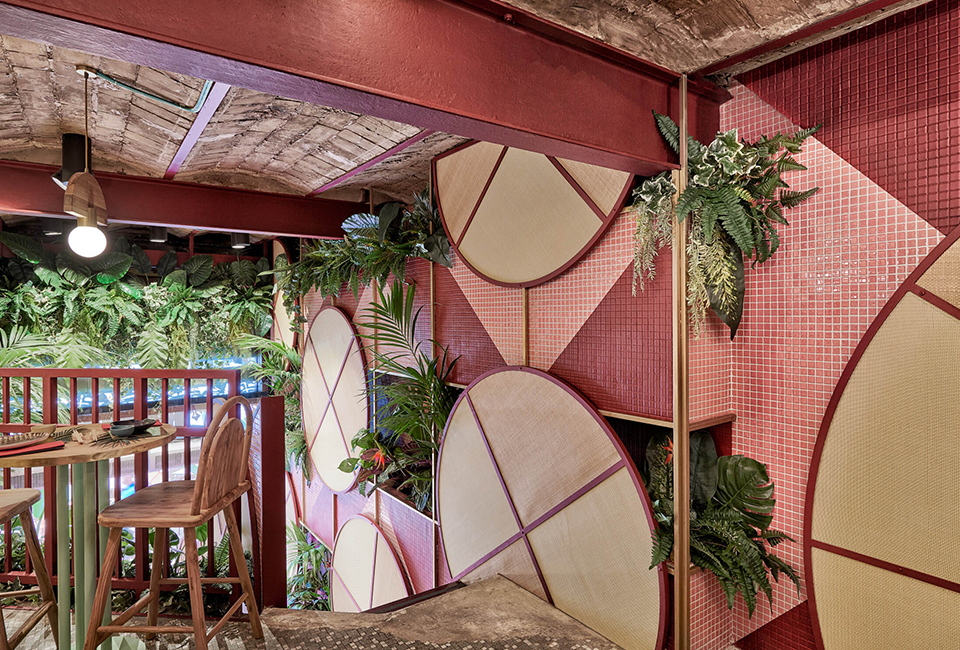 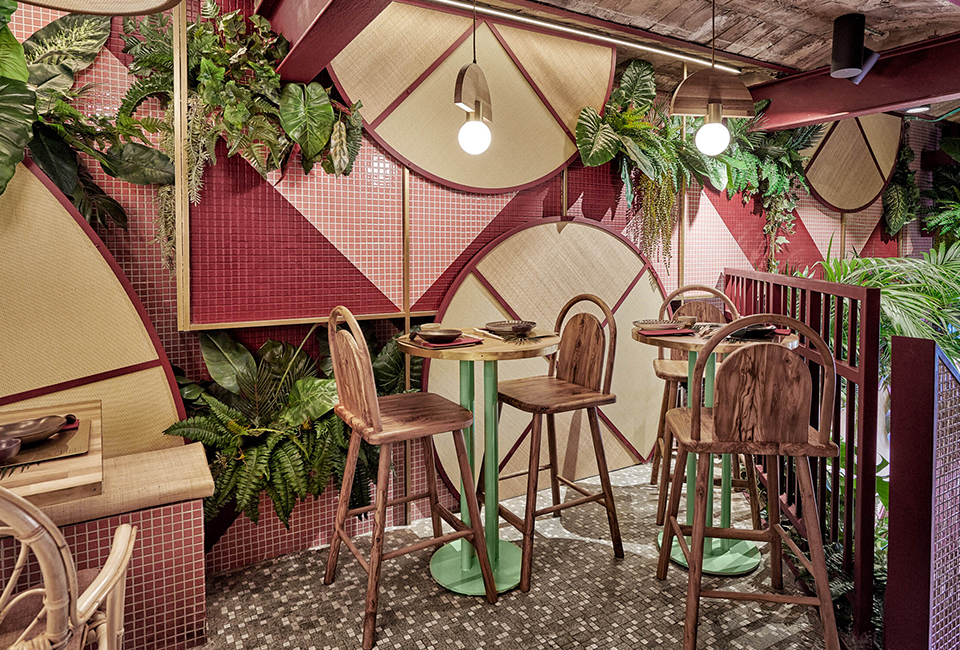 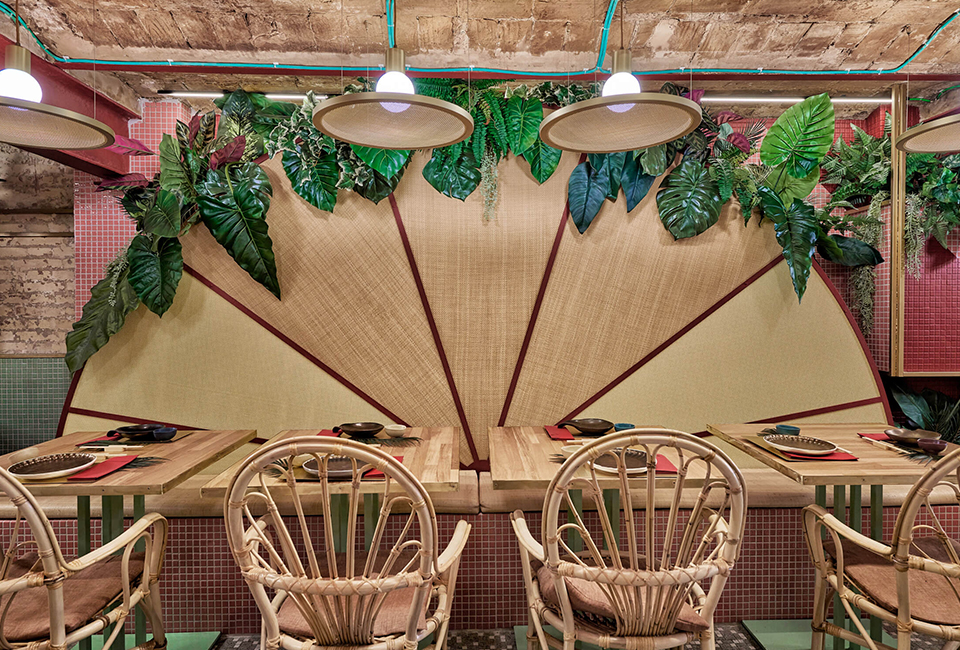 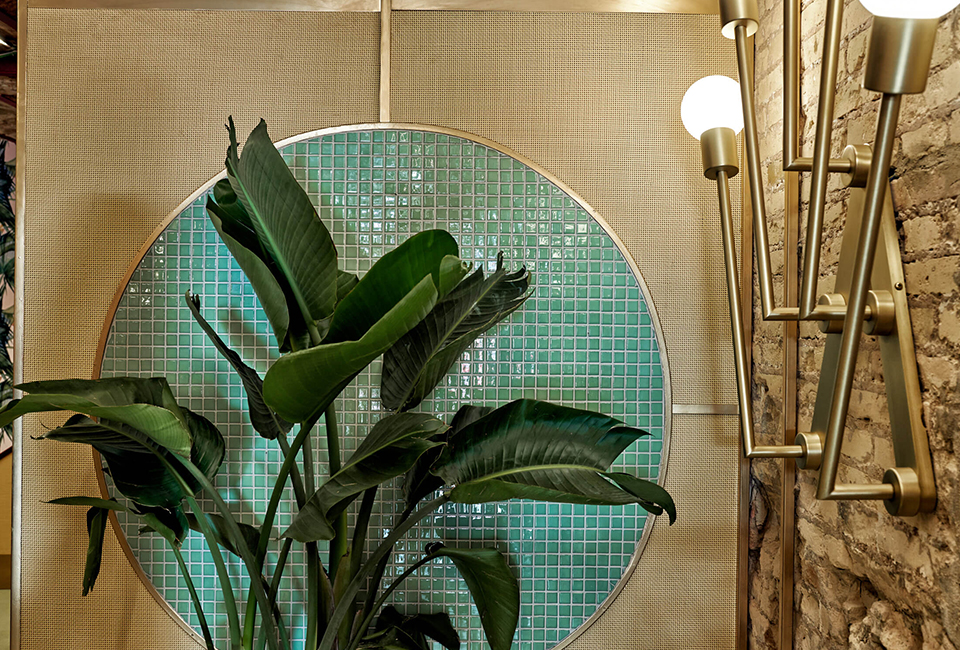 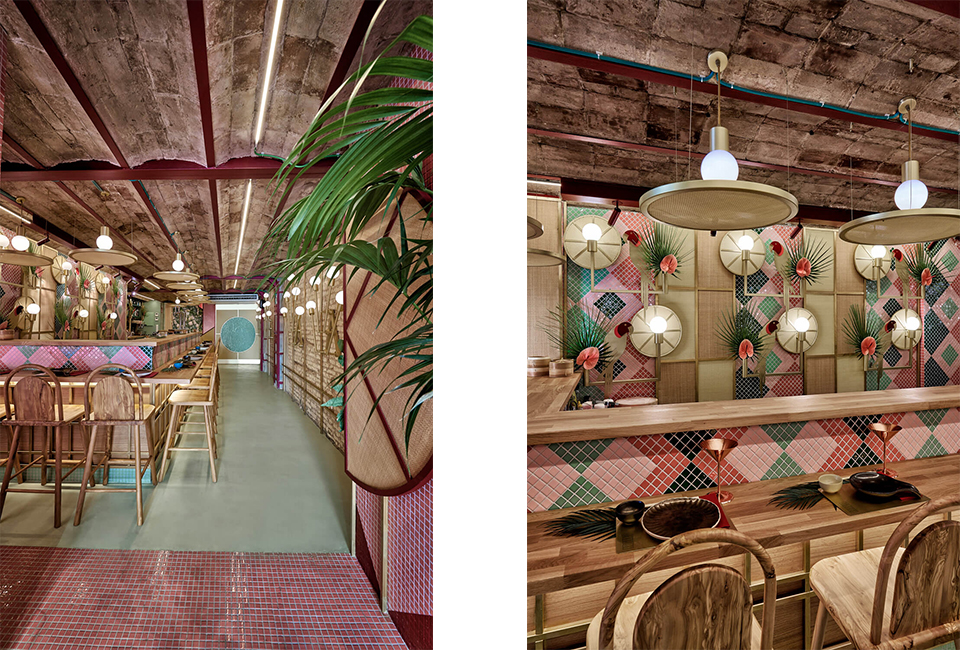 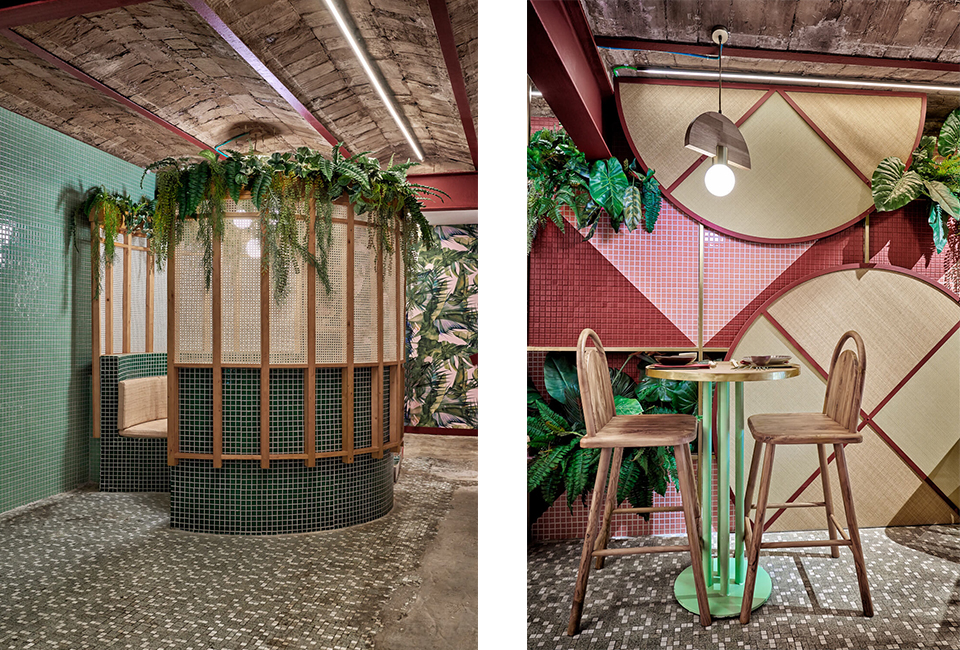 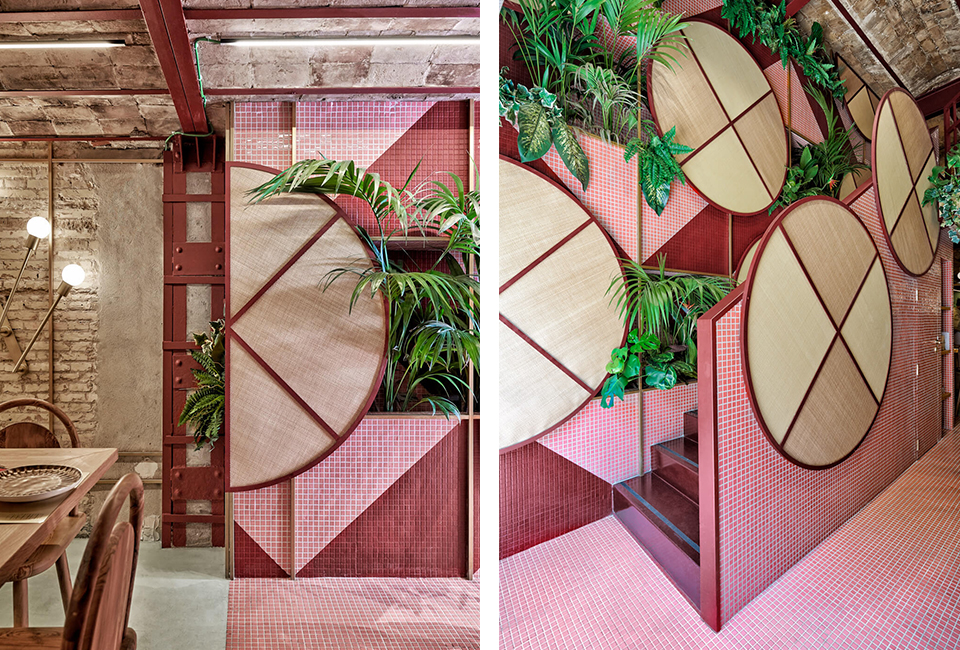