Off-White founder Virgil Abloh, who died in 2021 after a private battle with cancer, was working on numerous varied projects before he passed away, many of which were unveiled during Milan design week.

These included a collection of building block-style cubes for Italian design brand Cassina that were first conceived in 2020 and a collaboration with Alessi to create a limited-edition cutlery set.

“When [Abloh] looked at our world, the world of Alessi, it was through the eyes of one who loved the idea of a mechanical workshop,” said Alberto Alessi.

“I remember the first reference he showed me was a wrench – very far from what we habitually think of as good design,” Alessi continued. “It was almost brutalist. I found this very interesting, as for us it was a new approach.”

Virgil Abloh’s creative corporation and foundation Virgil Abloh Securities is now led by Shannon Abloh, who assumed the role of CEO in May 2022.

Below are seven Virgil Abloh products that were launched at the 2022 edition of Salone del Mobile: 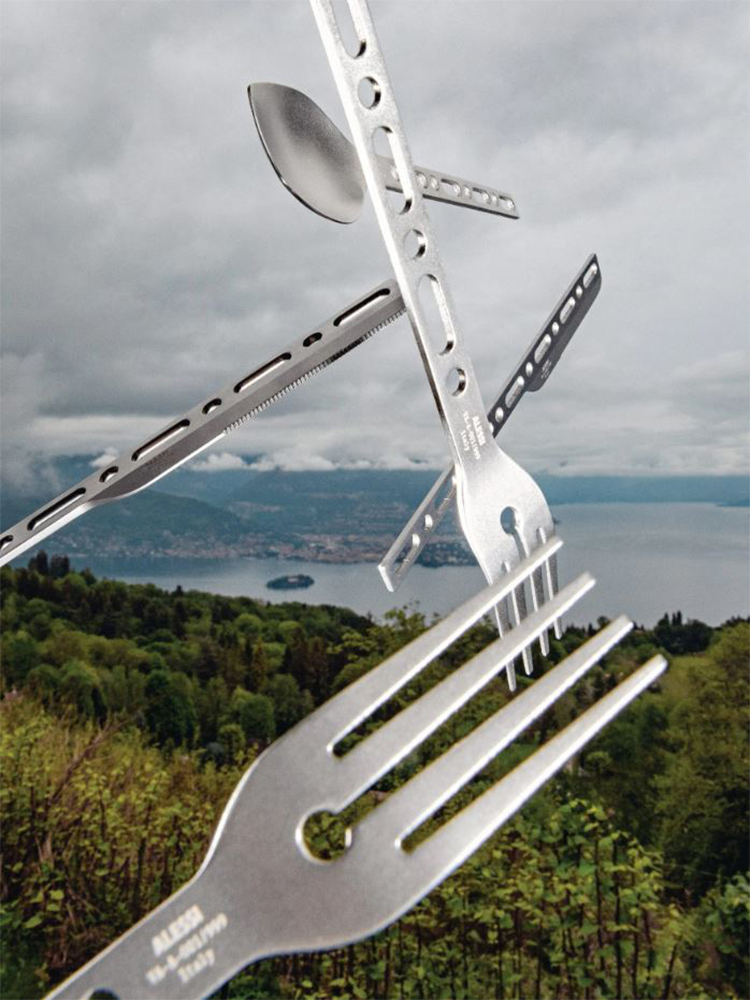 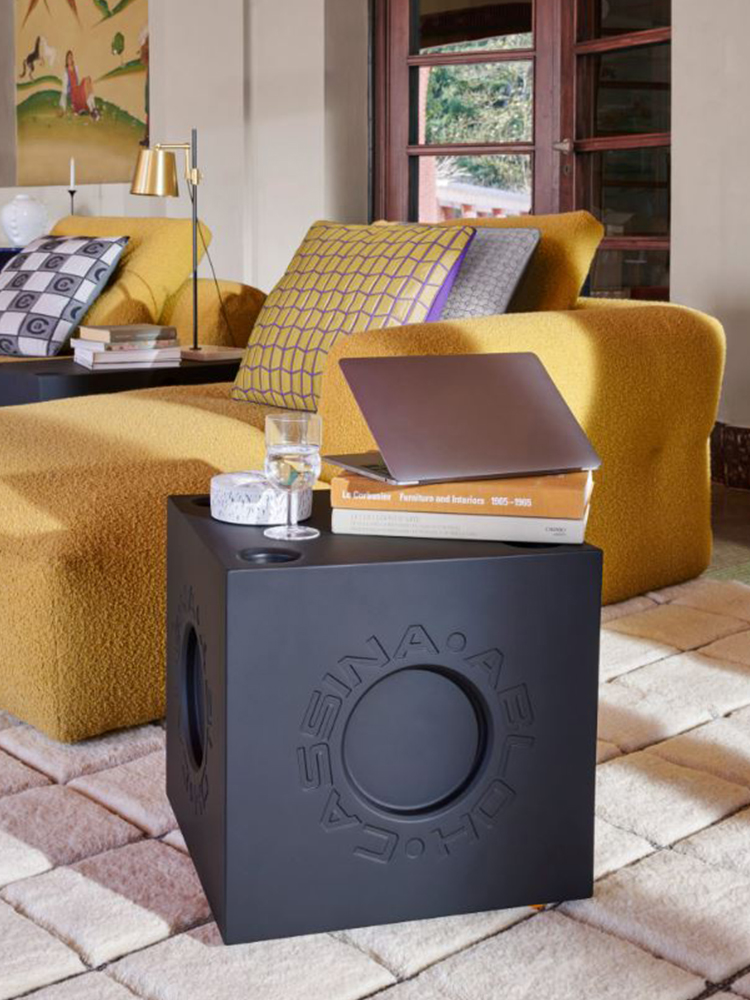 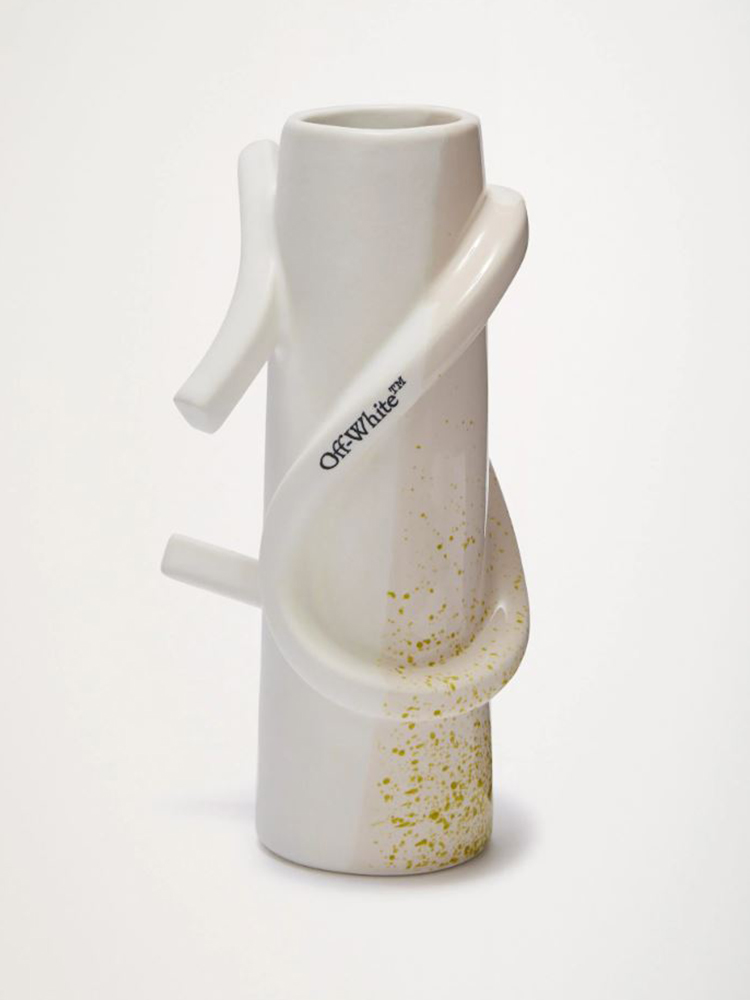 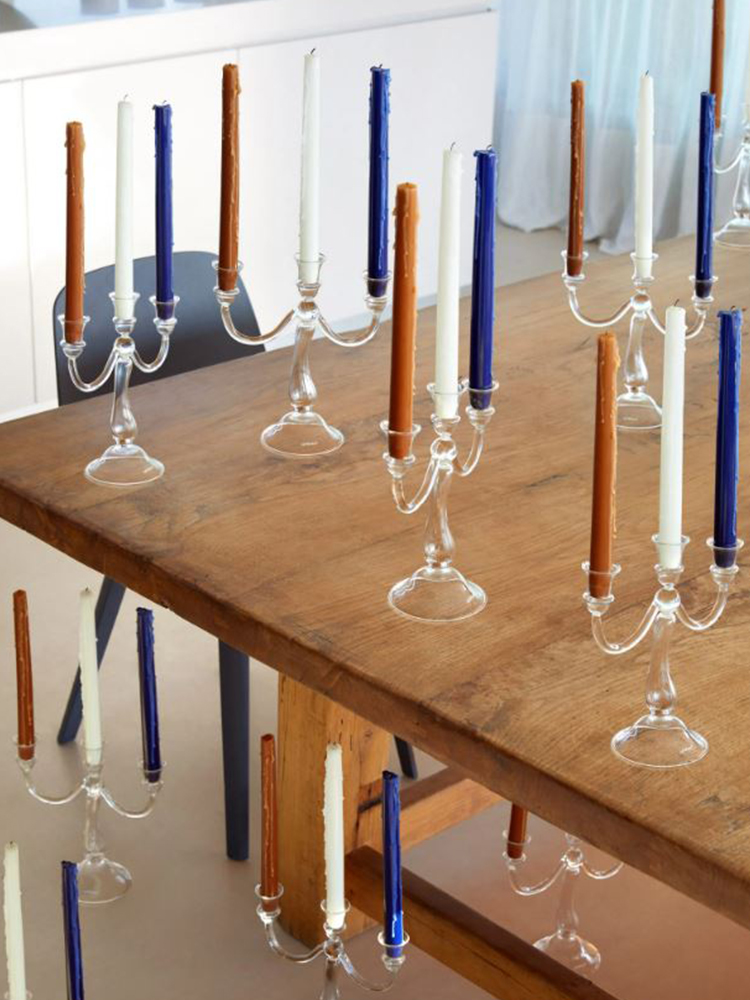 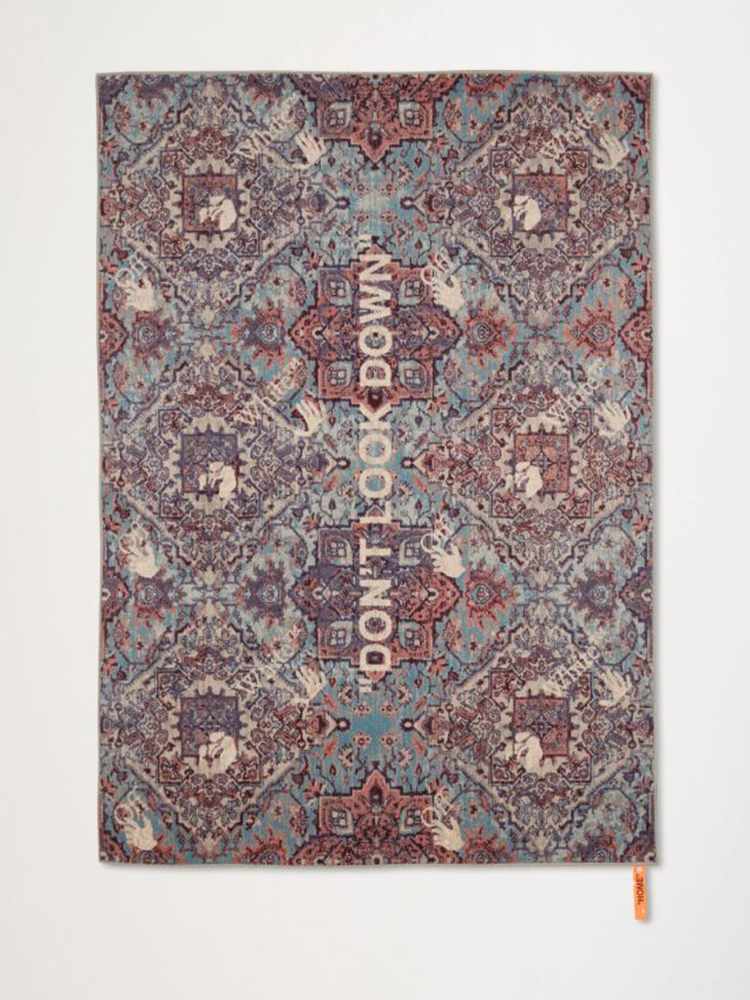 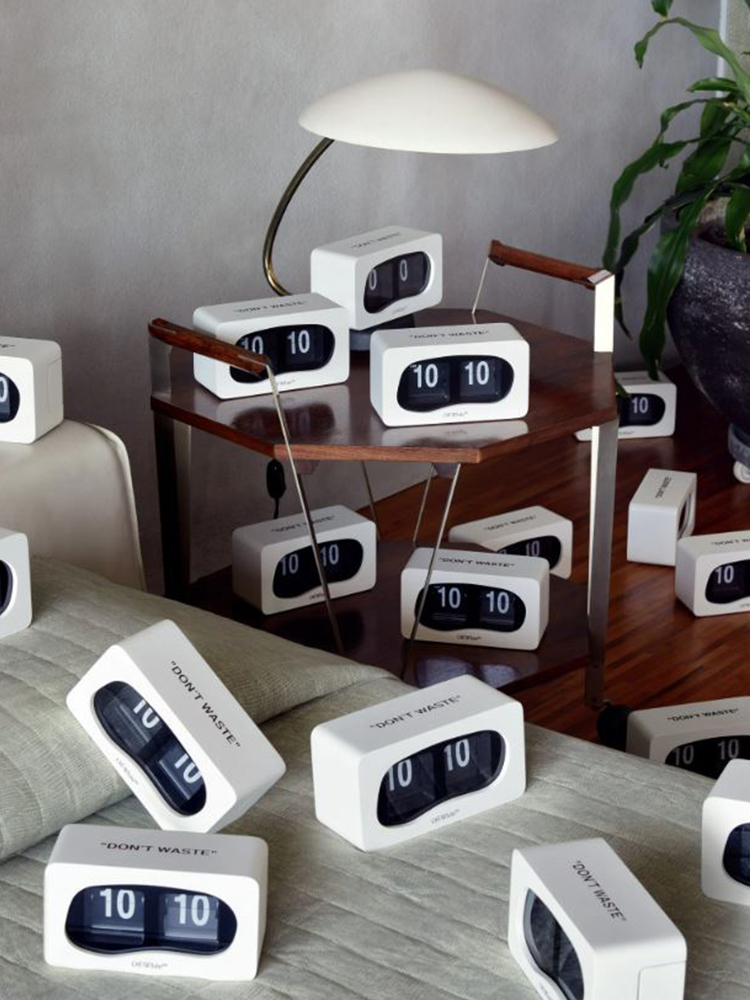 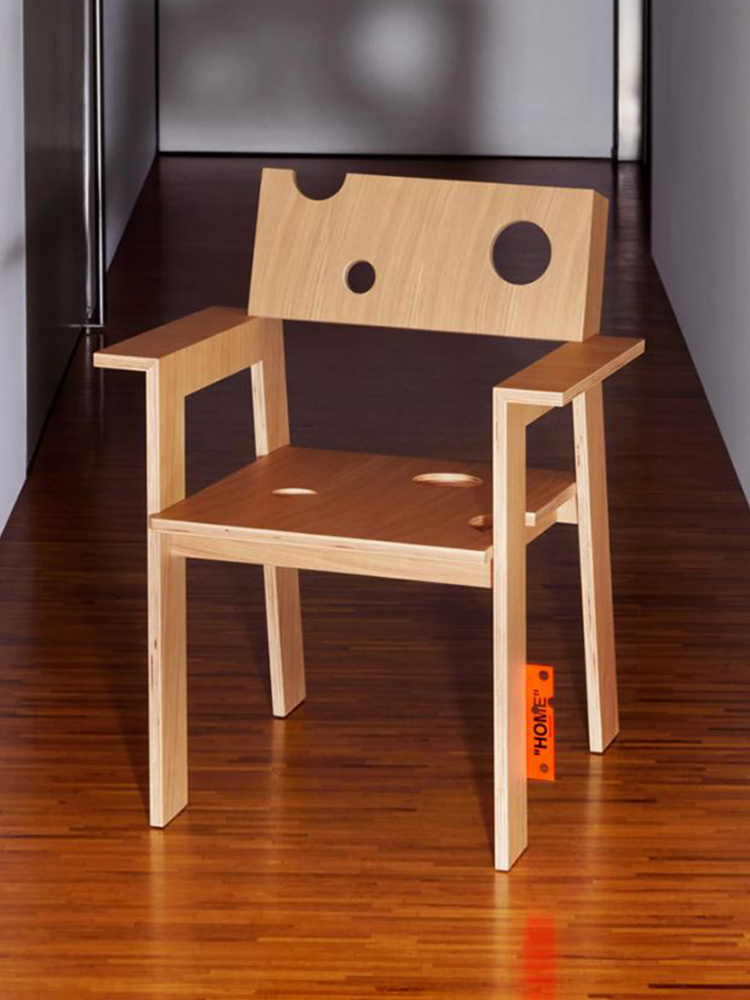 Italian design brand Alessi unveiled a tableware collection designed by Virgil Abloh and his London-based design studio and creative agency Alaska Alaska with installation designed by Studio Temp as part of its 100 – 001 exhibition.

Designed to resemble everyday hardware tools, the cutlery set comprises a knife, fork and spoon all of which were crafted in stainless steel.

The collection was accompanied by a carabiner that allows users to fasten the three pieces of cutlery together. Each of the pieces features a geometric design incorporating circular and pill-shaped cutouts across the body and handles.

Modular Imagination is a multi-use object that can be used as a pouffe, bench or table. The block has a rigid and industrial look that is created as a result of it its cubic form with Cassina-Abloh embossed on its faces.

The blocks are available in two sizes and can be stacked by use of a connecting module. According to Cassina, Modular Imagination boasts a similar concept to 20th-century architect Le Corbusier’s Tabouret stools, which it explains merges the contemporary with versatility and practicality.

Also created as part of the Off-White collection was a glass candelabra that has a purposely asymmetrical form with a skewed stem that supports three candle holders at its top. The candelabra features the Off-White logo branded at the base of the piece.

An oversized, glass chandelier decorated with candles was the centrepiece of Off-White’s Autumn Winter 2022 show, which was also Abloh’s final presentation for the brand following his death in 2021.

This Persian-style rug features a pattern taken from the brand’s Autumn Winter 2022 show across its surface. It was similarly printed with a quote detailing “Don’t Look Down” onto its pile.

Quote motifs form a signature part of Off-Whites identity and have become synonymous with the brand. A bright orange tab protrudes from the corner of the rug. The “Don’t Look Down” rug references Abloh’s 2019 collaboration with Ikea, which featured several home goods including a Persian-style rug with the words “Keep Off” printed across.

The brand also unveiled a tabletop flip clock, which has a rectangular shape that is juxtaposed against a curved opening. A black, flip clock interior is framed by the amorphous opening.

Much like other pieces in the homeware collection, “Don’t Waste” was written on the top of the clock referencing the saying – don’t waste time.

A chair made from birch plywood and oak veneer also forms part of the Off-White Organic Feeling collection. It has a typical silhouette, except is decorated with “meteor circle” cutouts across its back and seat – echoing the meteor circle cutouts often seen across Off-White’s ready-to-wear and accessories.

An orange tab was attached to the front leg of the chair detailing the word “Home”, identifying the intended function and placement of the object.