How can design help the visually impaired?

When Simon Dogger became blind in 2010, the museum world became inaccessible to him. While many museums offer monthly audio and tactile tours for its visually-impaired and blind visitors, Dogger found these lacking in providing choice and independence, given the tours were offered according to a specific and limited schedule, and were led by museum educators.

Dogger, who was the first-ever blind designer to graduate from the Design Academy Eindhoven in 2017, asked himself, how would I like to have self-empowered access to art? This led to Dogger’s Feelscape concept, which interprets 2D content (such as paintings) as tactile 3D objects. The designer began collaborating with Eindhoven’s Van Abbemuseum to develop his inclusive ideas, starting with Feelscape.

The Van Abbemuseum has a global reputation for its groundbreaking work in the field of inclusion, diversity and accessibility, and it invited Dogger to make its visual content accessible for the visually impaired. The work of art, its storyline, even its artist, is translated through material, shape and position. Some of the works that Dogger developed into a Feelscape version, in collaboration with visual designer Stijn Boemaars, include Piet Mondrian’s Composition en Blanc et Noir II (1930), Carel Willink’s The Painter and his Wife (1934) and Andrzej Wróblewski’s Dążenie do doskonałości (1952). The Van Abbemuseum then acquired the Feelscapes for its permanent collection as critical companions to the original works. 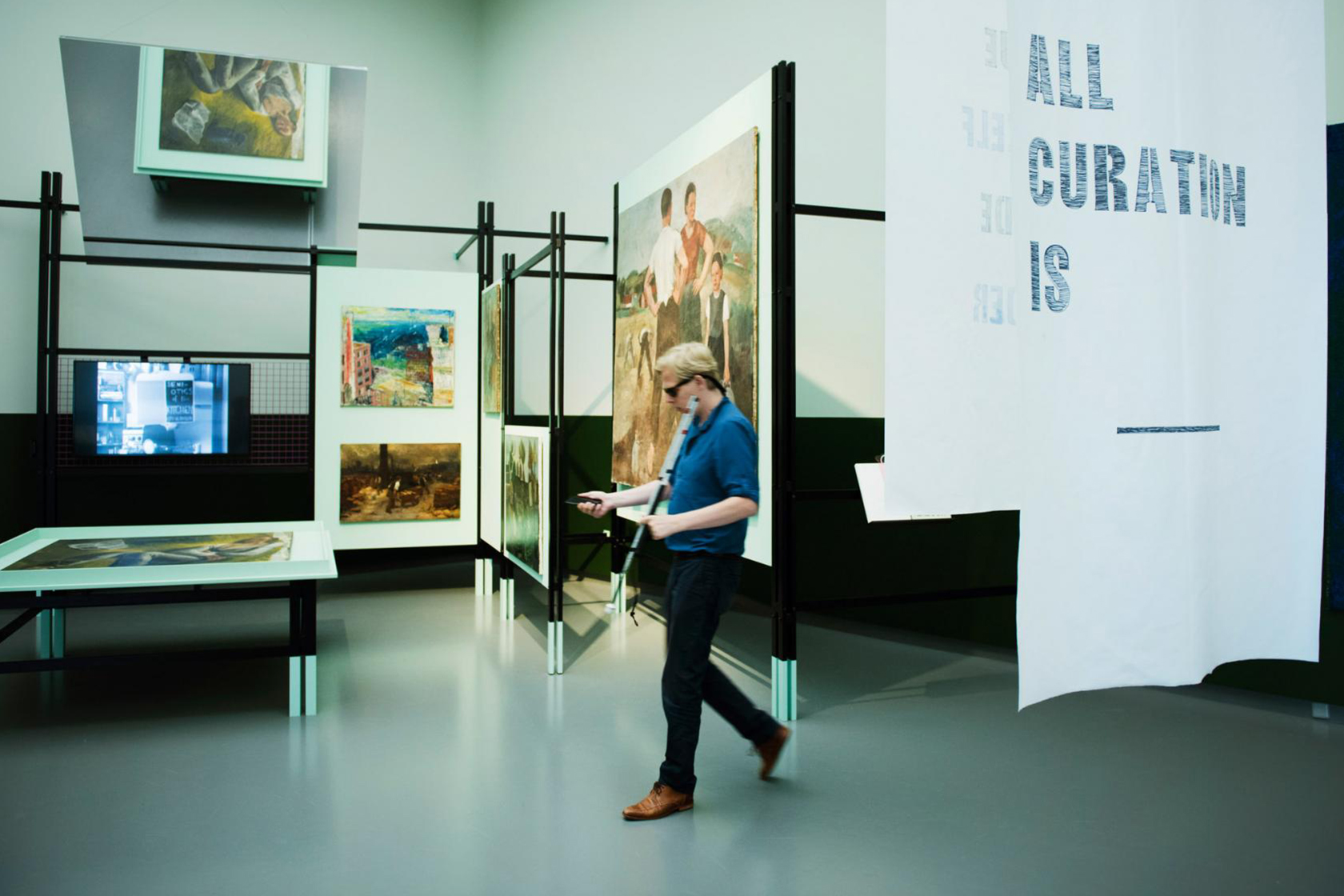 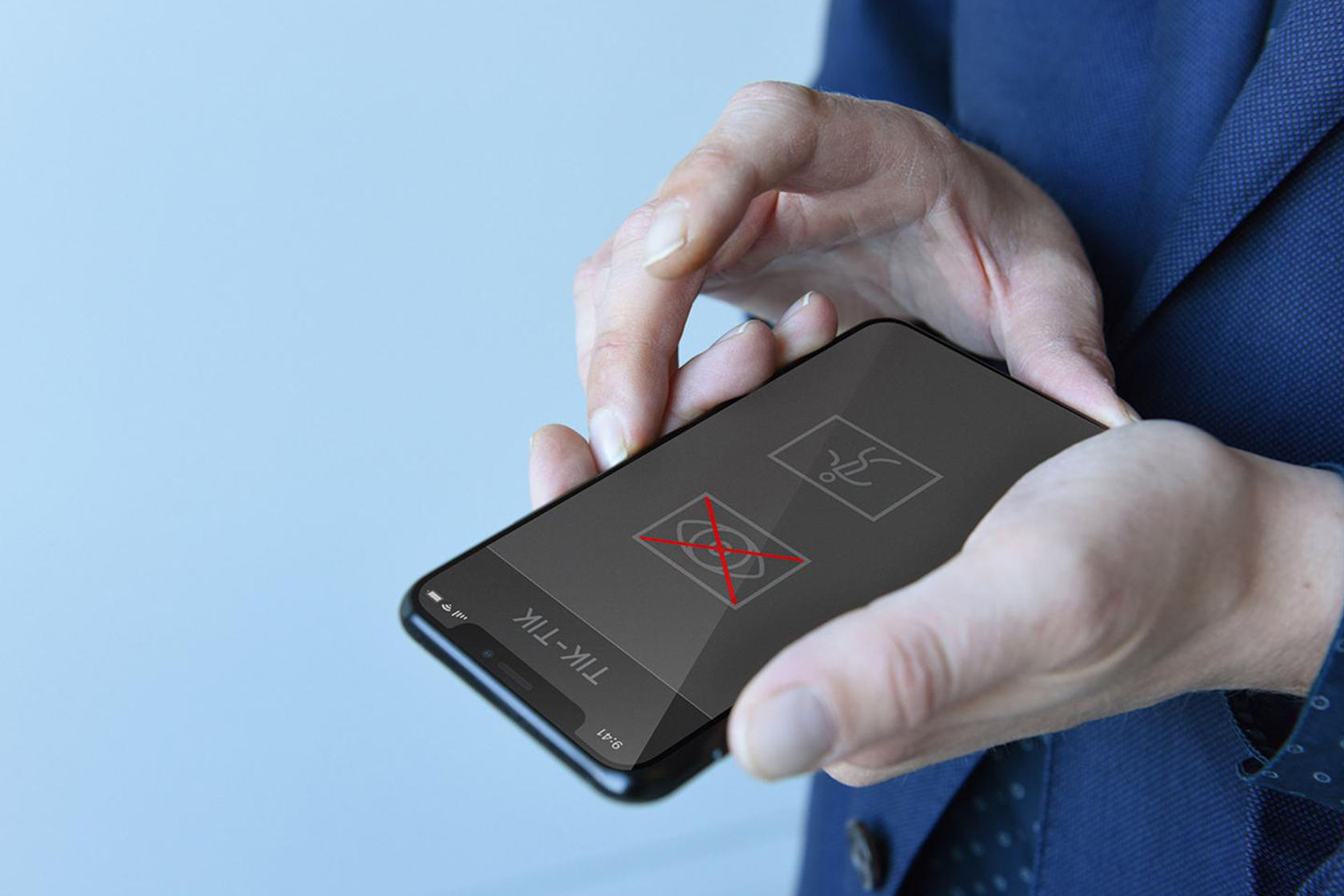 Dogger also developed Tik-Tik, a safe, reliable and accessible indoor navigation app for the visually impaired that works on iOS. He says that this design was inspired by his own personal loss of independence in navigating public locations, such as museums. The app guides the blind user to a destination through vibrations. Dogger worked with the Van Abbemuseum to test drive the app’s navigation through its building. Tik-Tik provides navigation cues and GPS tracking to a selected destination within a mapped spatial environment, turning the smartphone into a more sophisticated and informed version of the white cane. Dogger is in the early stages of partnering with an entrepreneur in order to make Tik-Tik more widely accessible. He hopes the app can be used not only within museums, but in train stations, town halls, streets, shopping malls and other public spaces.

There are around 285 million visually-impaired people in the world, each of whom could benefit from inclusive inventive design. Dogger is adamant that he is rigorous and thorough with his research on all his designs. The transformation of an idea from concept to prototype to end product is guided by conversations with specialists, interviews with stakeholders, research into the available and current literature, user research, pilots and validation research. He also admits that he has learnt valuable lessons through trial and error.

Dogger rates Apple for offering superior access technologies, with iPhones proving consistently popular with the visually-impaired population. Tik-Tik relies on augmented reality to operate successfully, which creates a dependency on Apple’s software. He says, ‘Logically I need to follow new technology innovations and investigate if I can develop external software as a plug-in feature to improve the quality of my products.’ Ultimately, he believes that technology or software development should not only be dependent on iOS or Android systems. For instance, Tik-Tik can make use of external or self-developed technology in order to raise the quality of navigation.

‘My work tries not to limit itself to the existing technology and software,’ says Dogger, who is also well-rounded in his approach to access, which encompasses four key characteristics: mental, physical, social and financial. When all four of these goals are attained within his design projects, he believes he has a quality product.

Another of Dogger’s projects, more intimate in scale, is the Emotion Whisperer, which translates facial language and cues into vibrations. Though Dogger believes that emotions are quite auditive – for example, he says that he can hear very well when someone is angry or sad through the intonation and volume of their voice – nuanced emotions, like a raised eyebrow or a cautious smile, are silent. Sighted people take for granted the nodding of heads and the eye contact we make as we have a conversation, but Dogger says these cues are just as important as the voice. His creation involves a pair of camera glasses, worn by a blind user, which sends images of their conversation partner to an app with facial expression recognition. The expressions are then analysed and translated into a series of tactile signals on the blind user’s arm.

As Dogger’s website states, ‘you can actually feel someone smile’. For Dogger, the Emotion Whisperer is just the first stage of many other possibilities and ideas, and he expresses a desire to explore smell recognition, translate sign language through tactile information, and use vibrations on the skin to navigate public space, akin to Tik-Tik. 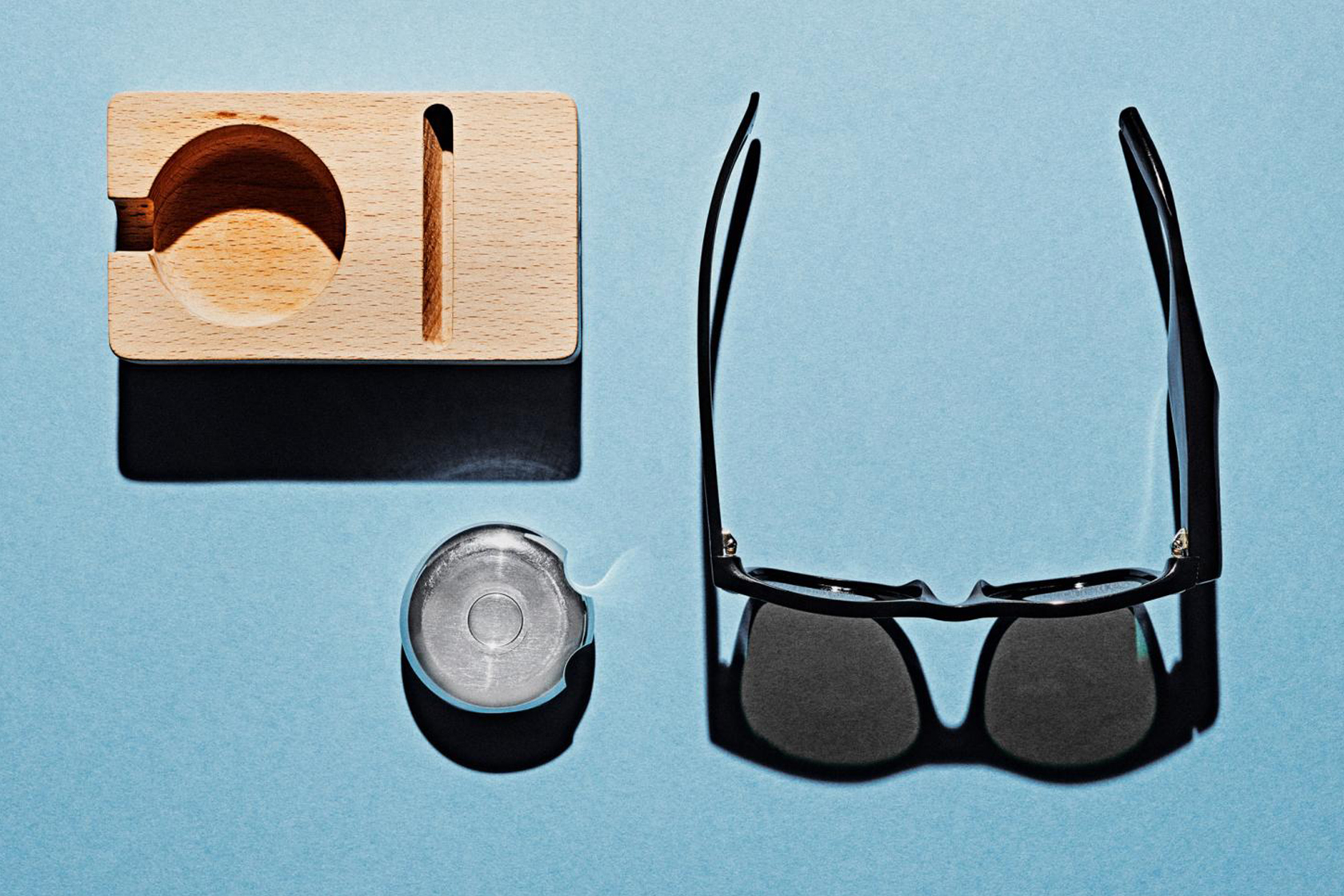 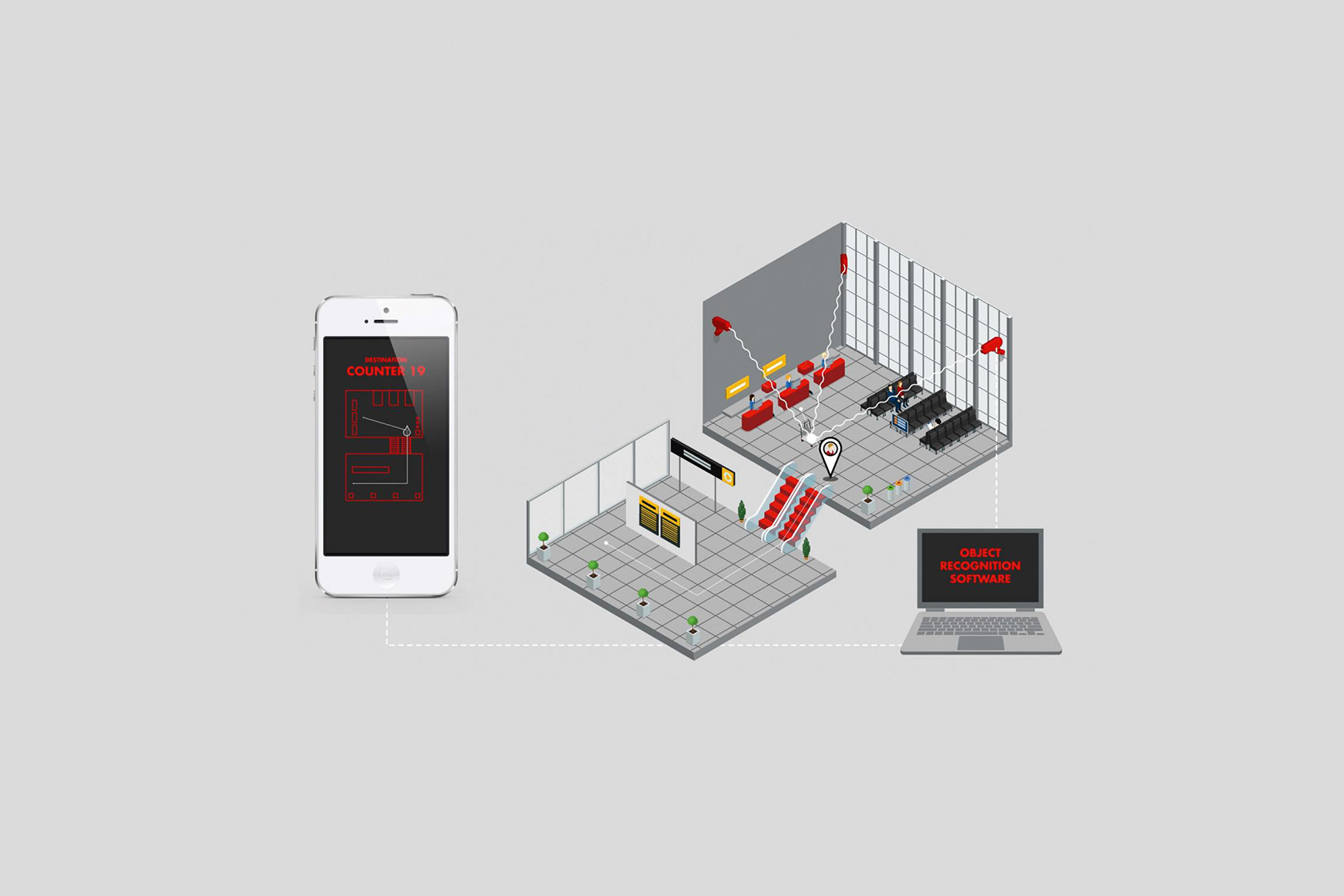 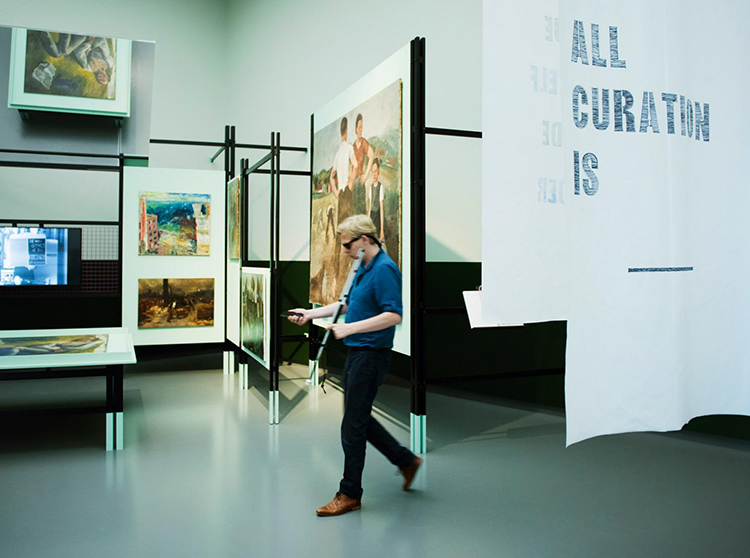