Sometimes certain pleasant coincidences occur, when two professionals with different backgrounds, work together and their dialogue brings an outcome that satisfies both deeply. Though it may not happen often, when it happens it results in success.

Such a "happy coincidence" is the store that Yannis Sergakis opened in the center of Athens, at 5 Valaoritou street, a store that became the flagship store of a brand that has met a lot of success abroad in just over a year.

When Yannis Sergakis turned to architect Aris Zampikos to create a store that would reflect his ideas and aesthetics, Yannis Sergakis asked him to create a "luxury office window." The site was found: the landmark of Valaoritou. A space bathed daily in the Athenian light, on the ground floor of a building of 1933, which carries the glamour of important decades for Greek architecture and which in the "hands" of Zampikos and Sergakis was fortunate enough to receive the care it deserved. The marbles were revealed again, the Athenian carved again became evident, elegant lines highlighted.

And then everything was custom made. The Chian Marble cut specifically for the store. A soft table was built, which is resulting in a hill "welcomes" the jewels creating a model. Mirrors that twist and turn, isolate the area by reflecting the light,  a store that was created in such detail in order to stimulate the eye of the visitor. The Chandeliers, designed Aris Zampikos and built by the best blacksmiths, reflect the light where needed creating a cinematic backdrop in conjunction with the ladder of metal and marble and a sense of carpet stretching on the floor, refering to American '60s.

The jewels rest against and in between the slits of the Pierre Frey-covered wall, while those who want to enjoy them up close, jewels are offered in trays designed for each piece of jewel individually.

Each detail is derived from the experiential needs of two and all seems as if it is concentrated on the window display in which a truncated sphere predominates, as a matrix, which reflects the universe Yannis Sergakis.

It is a store that gently found its place in the Athenian cityscape, emitting special intensity in an area offered to be experienced. 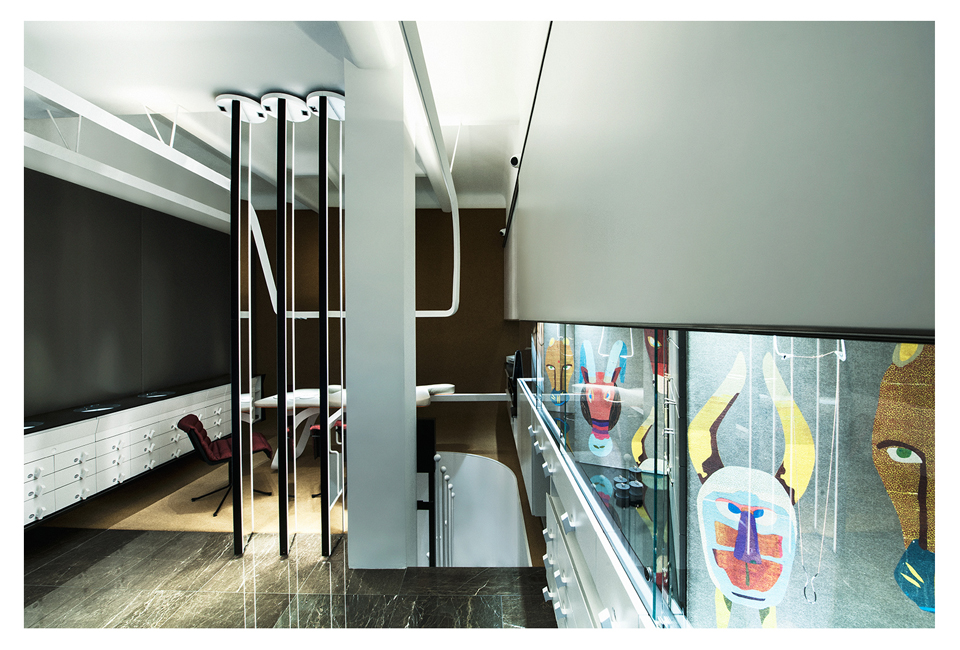 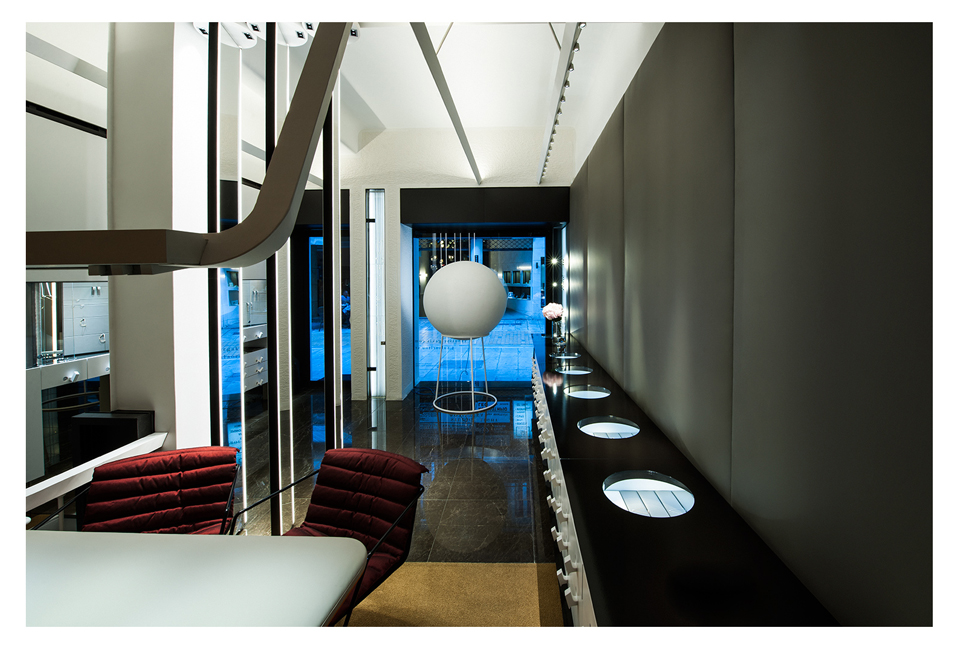 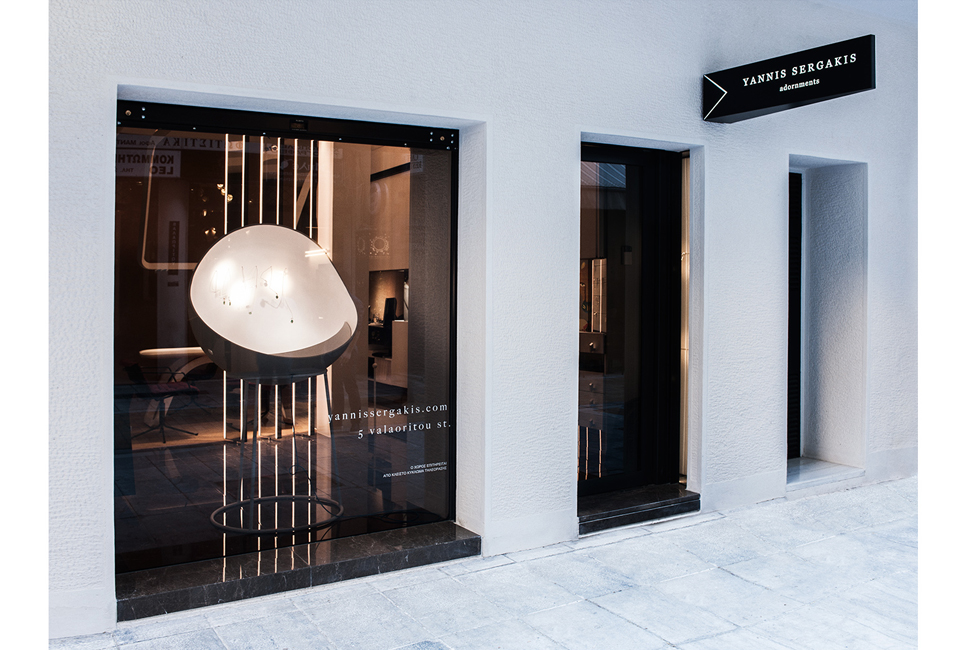 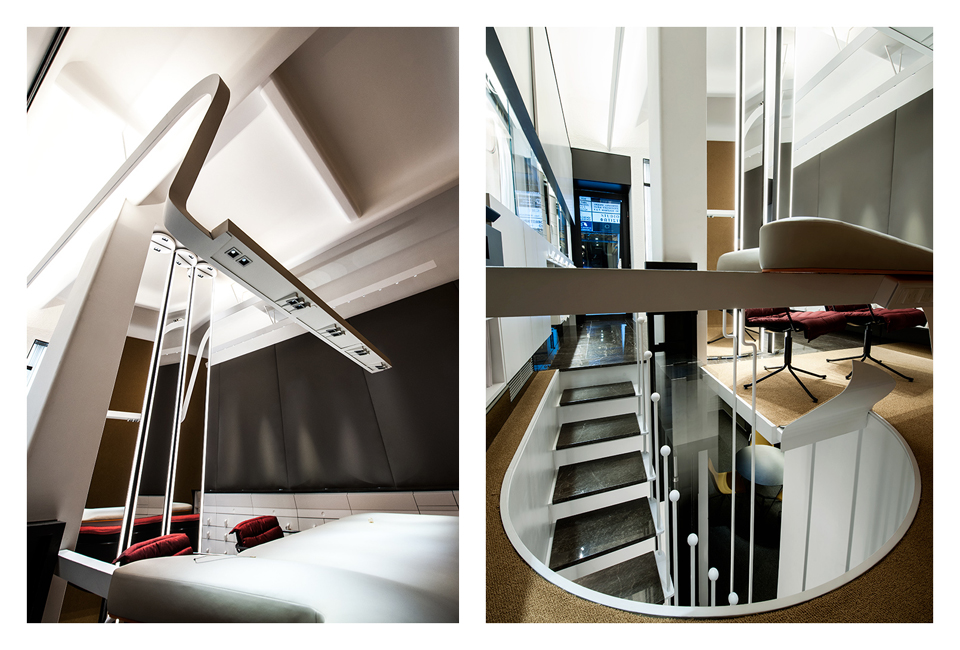 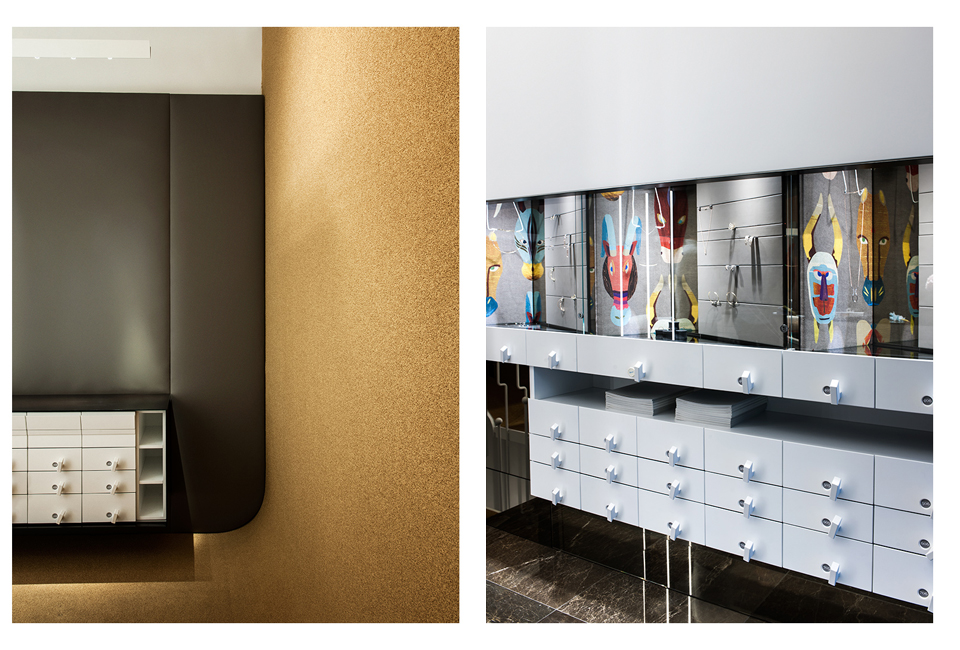