Much has been written about the island of Santorini, poets have waxed lyrics and songs have been sung about the sunsets, the light, the mystery and the history of this ancient volcanic land. There is an undeniable magnetic attraction for this island of mis-shapen rocks, which draws thousands of eager visitors to its shores every year. Magically, when one first sets eyes on its towering bulk and the groups of small white houses, tottering precariously on the towering cliffs, is immediately under the island’s spell, totally won over. And when it’s time to leave, the sights, the sounds and tastes and the essence of Santorini will remain in your hearts forever, as it does in mine.

It is on this island, in the unassuming village of Megalochori, that mplusm architects have recently completed a renovation project on a rooftop ‘villa’. The basic infrastructure of the three vaulted rooms of the property has been preserved, seamlessly integrated in the traditional architecture of the area. Each of these spaces opens out onto a courtyard and as such, the inherent problem of insufficient illumination had to be dealt with by incorporating skylights opening small random recesses in the walls, into which concealed lighting has been installed. The living room has been redesigned with the wall hugging custom made furniture in pale wood, extending to include sofa bed bases. Contrasting with the bare white walls, this visually expands the limited interior space and adds a sleek, contemporary touch to the space. The two en-suite bedrooms, whose fitted furniture become one with the stark architectural style of the rooms, ensuring a flow of the smart minimal chic for which Santorini is famed.

The courtyard is comprised of a dining area, a shaded jacuzzi and a small flight of steps,  which lead up to a private rooftop garden allowing guests to enjoy the gift that this island offers; magnificent, uninterrupted views of the picturesque village and its surrounding vineyards. The timeless magic lives on in Santorini you might as well experience it from the dreamy minimal chic atmosphere of Villa Anemolia! 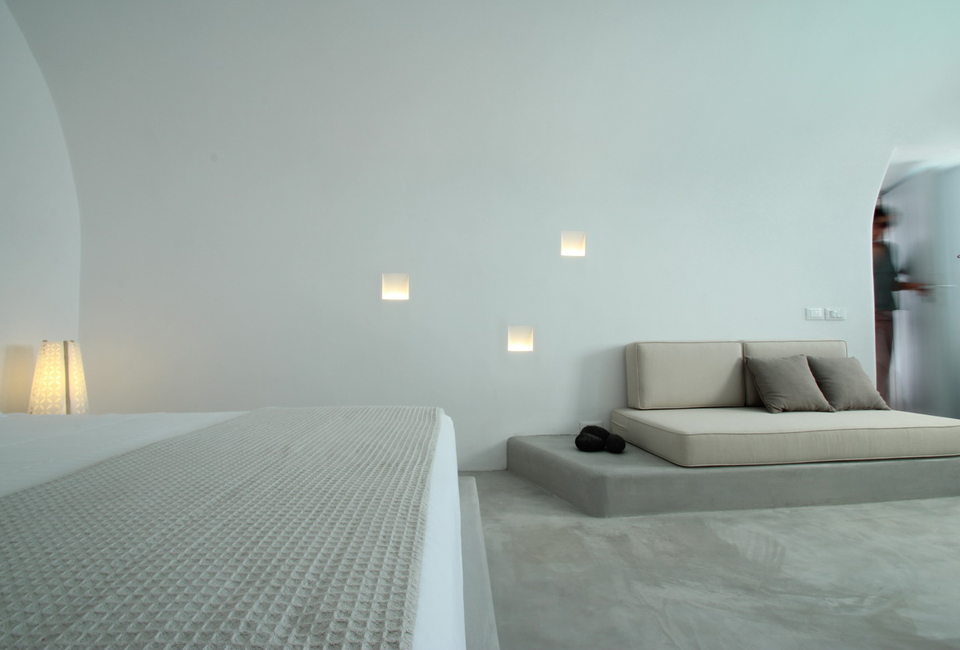 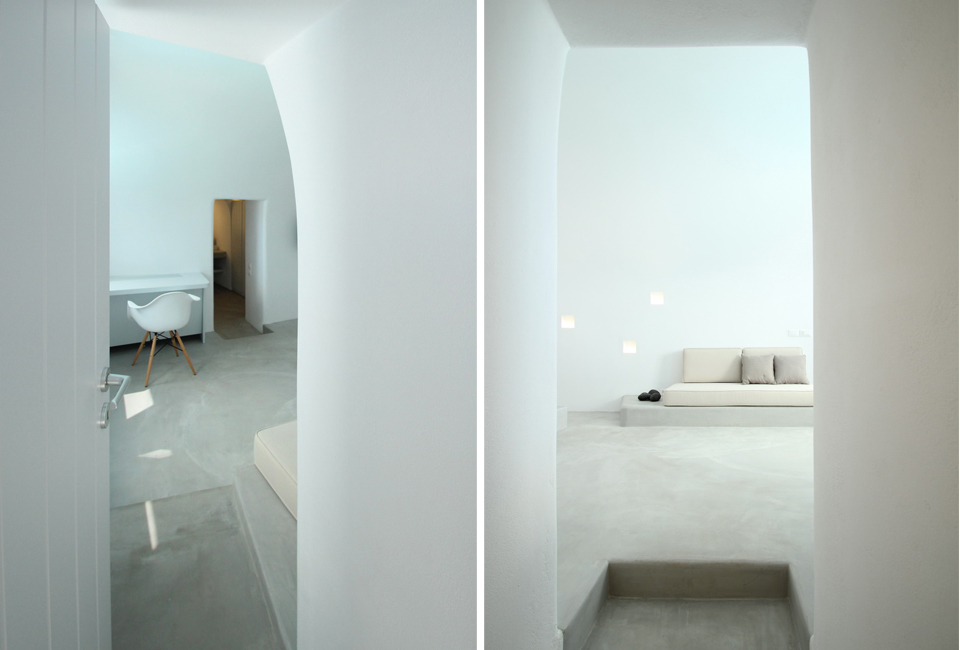 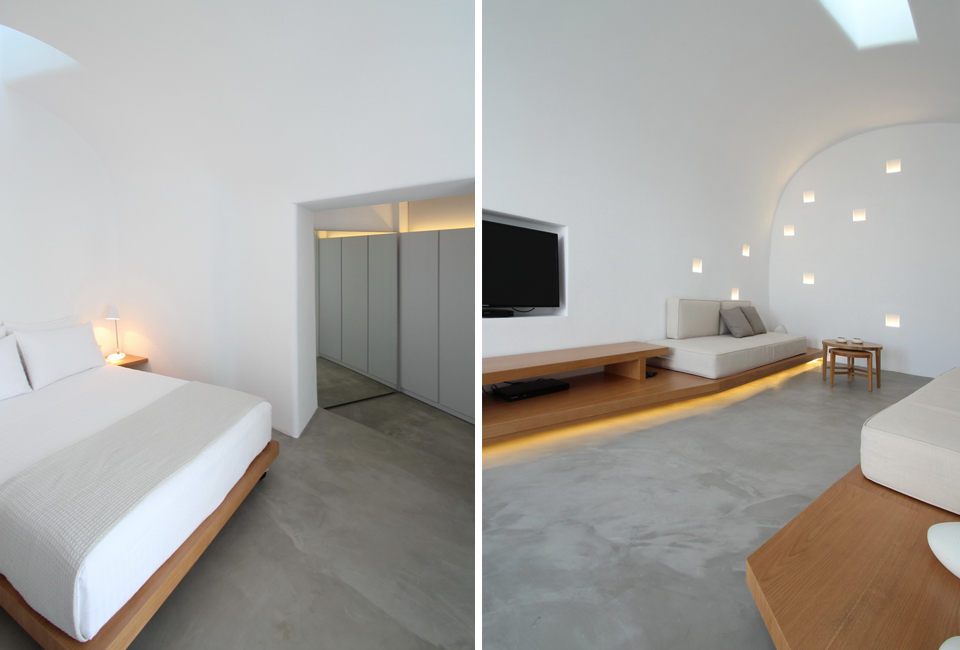 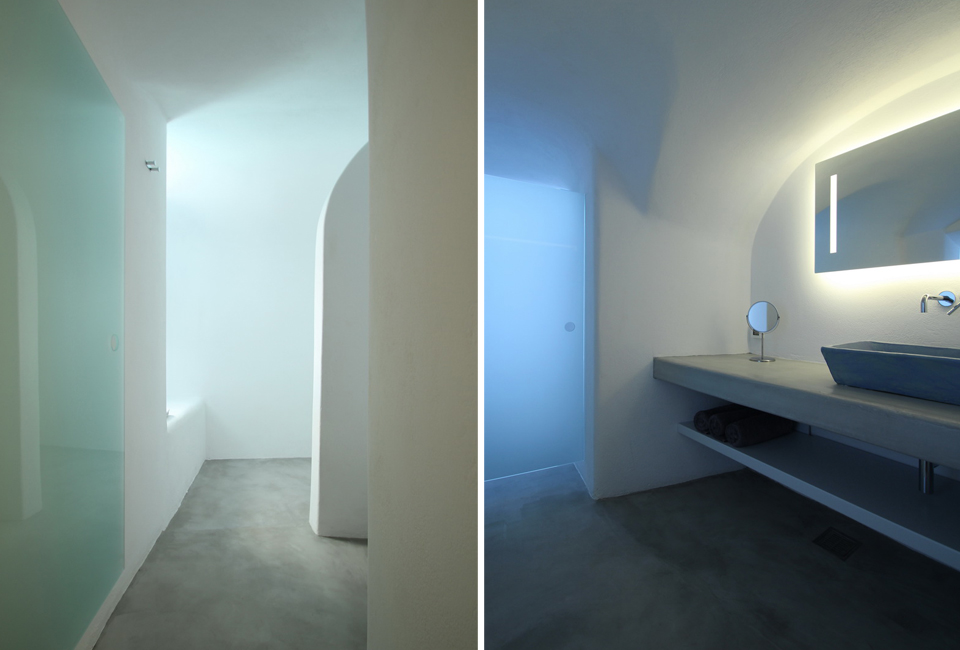 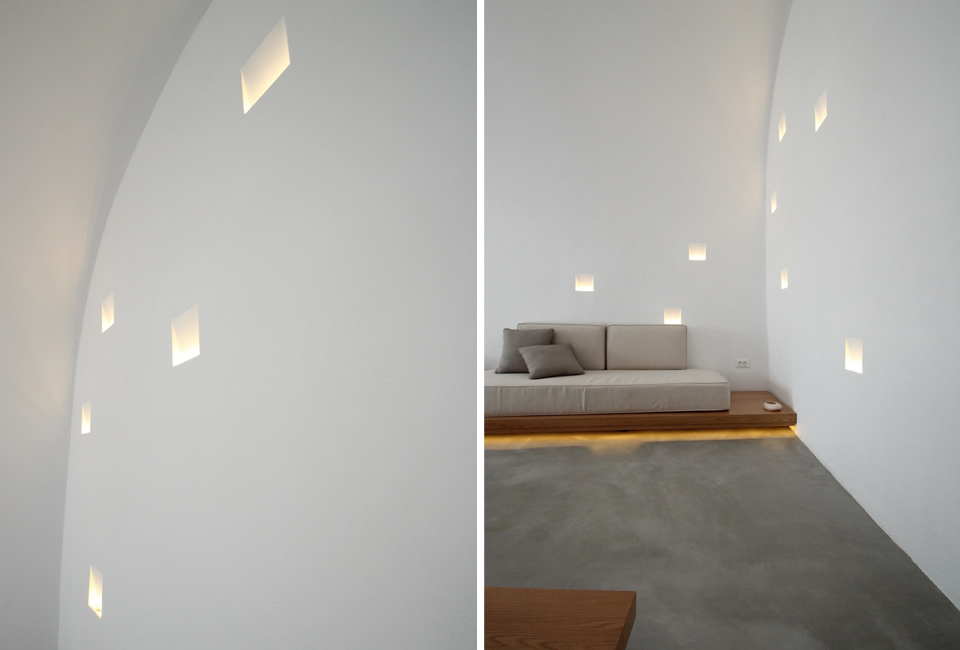 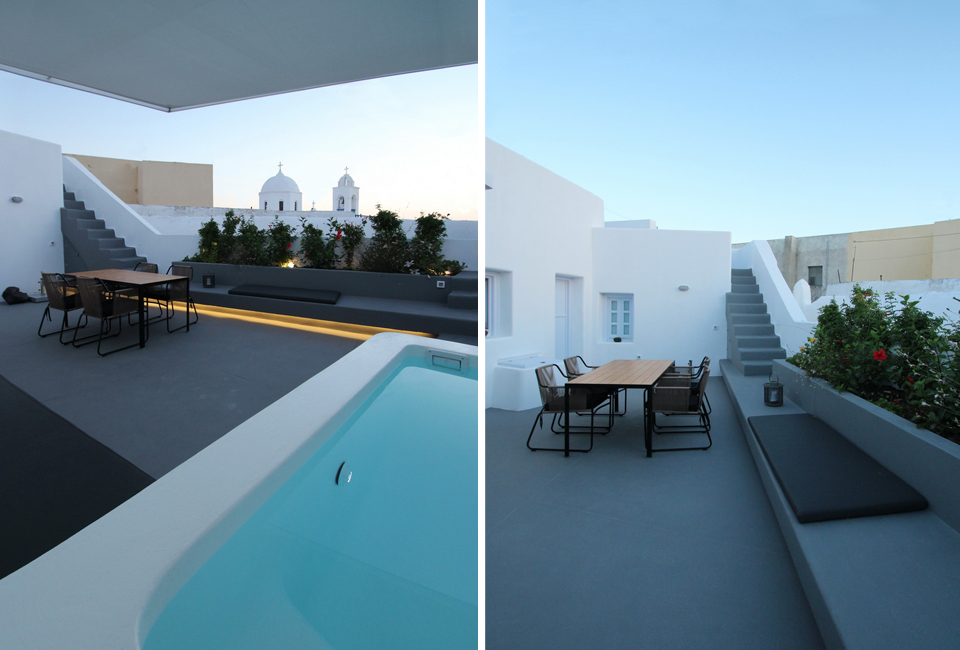 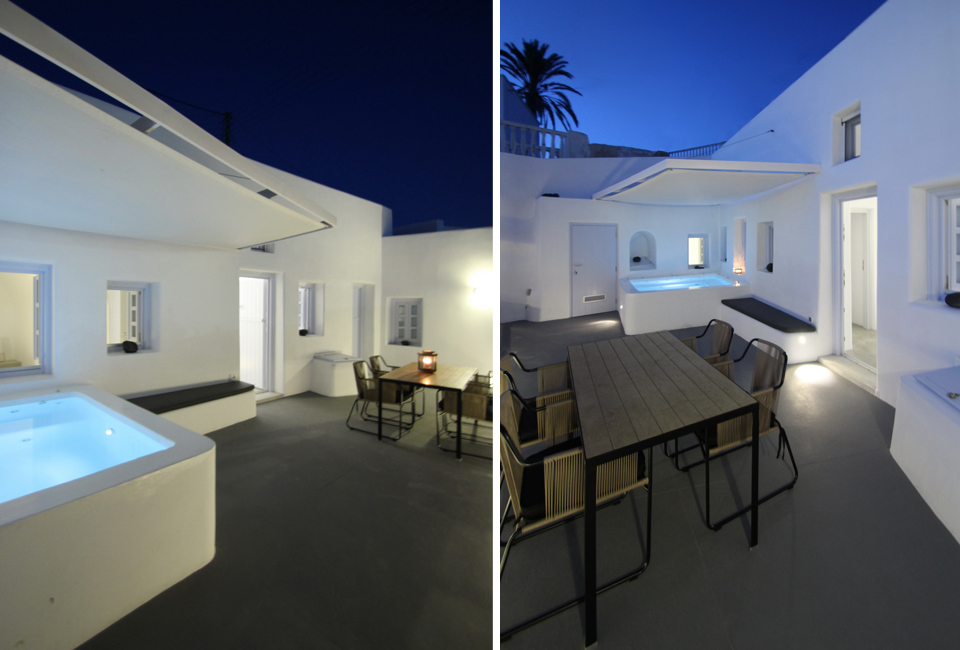 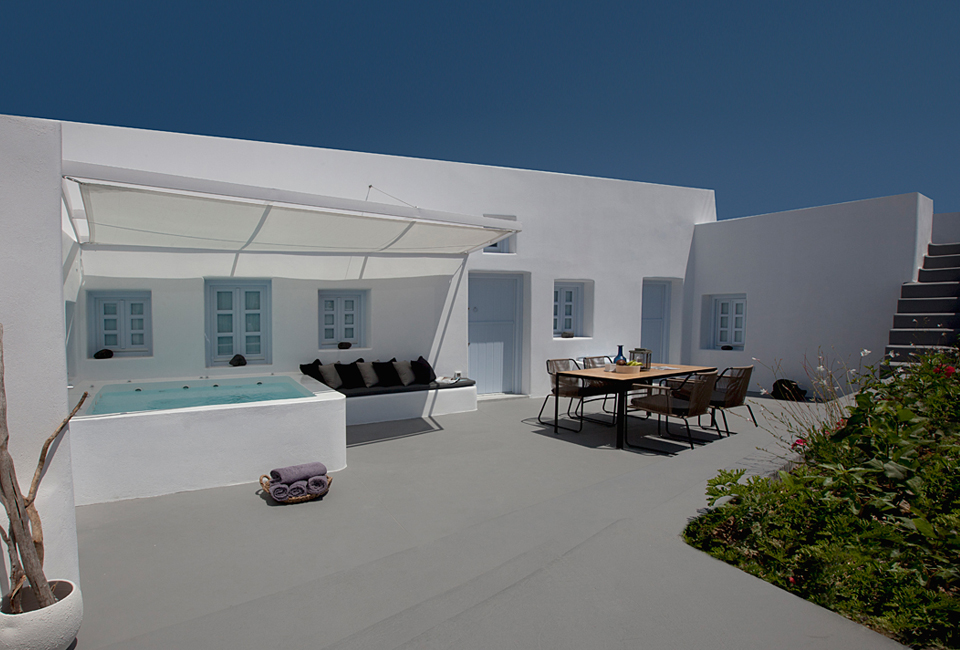