Spanish designers Joseph Rua and Nelly Dominguez of Yoyó Creativo have created the stand for the latest collection of the iconic brand, Victoria shoes. Their inspiration for the stand was the vibrancy of inner city life, which is represented in the urban/industrial feel of the stand.

Using a simple fence like modular structure of lacquered iron mush, the varying heights of the structure brings to mind the city skyline. The colorful display units represent the youthfulness of the popular shoe brand against the movement and transiency of city life. Street art is included in the graphics of the paper plates which are suspended from the mesh ‘fence.’ Designed by Catalan illustrator Conrad Roset,  they incorporate the contrasting feature of urban and rural life in harmony with common objects.

An interesting feature is the interactive essence of the display which, not being a solid structure, is allowed to sway when approached, again mirroring the constant movement and energy of a major city. 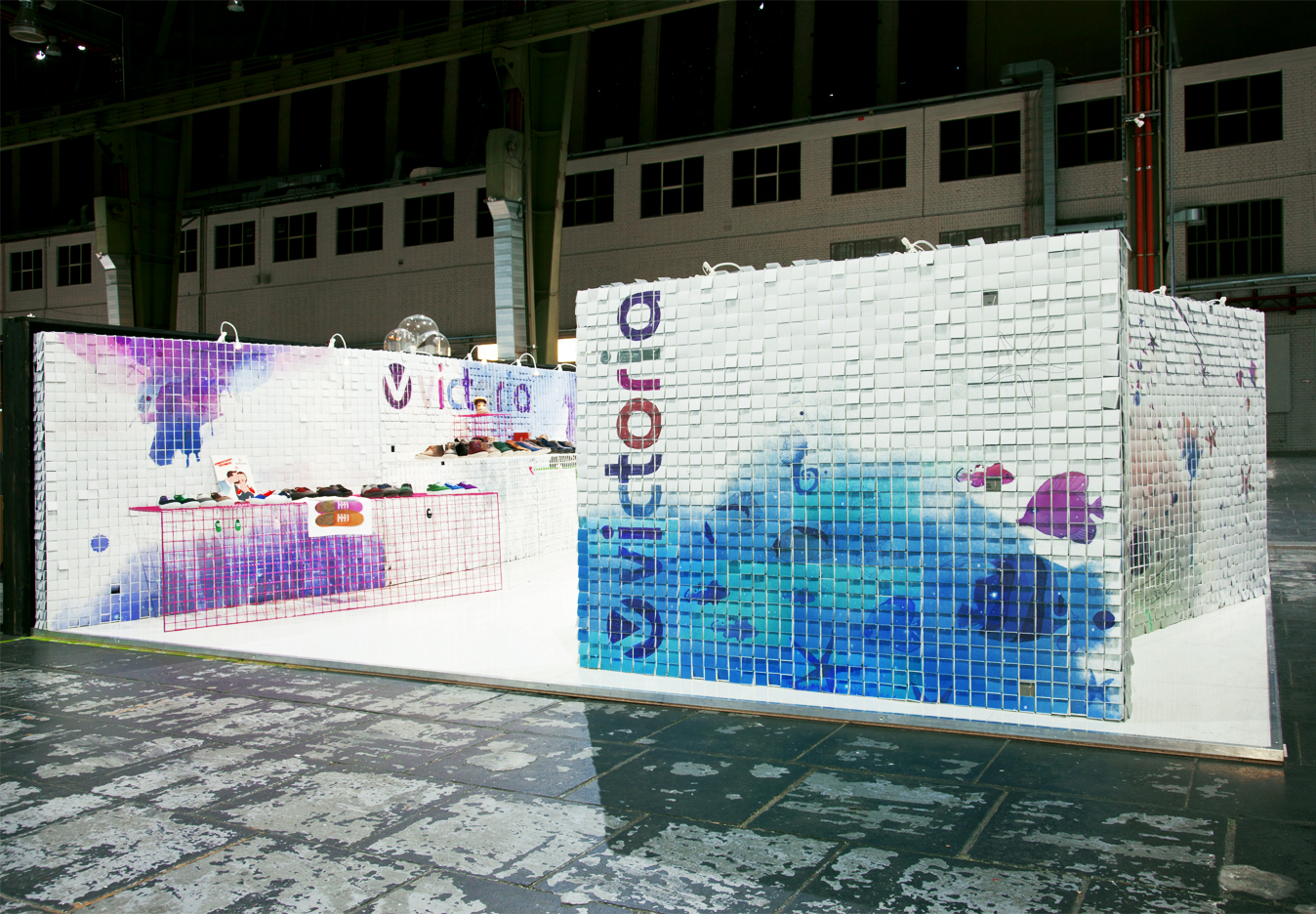 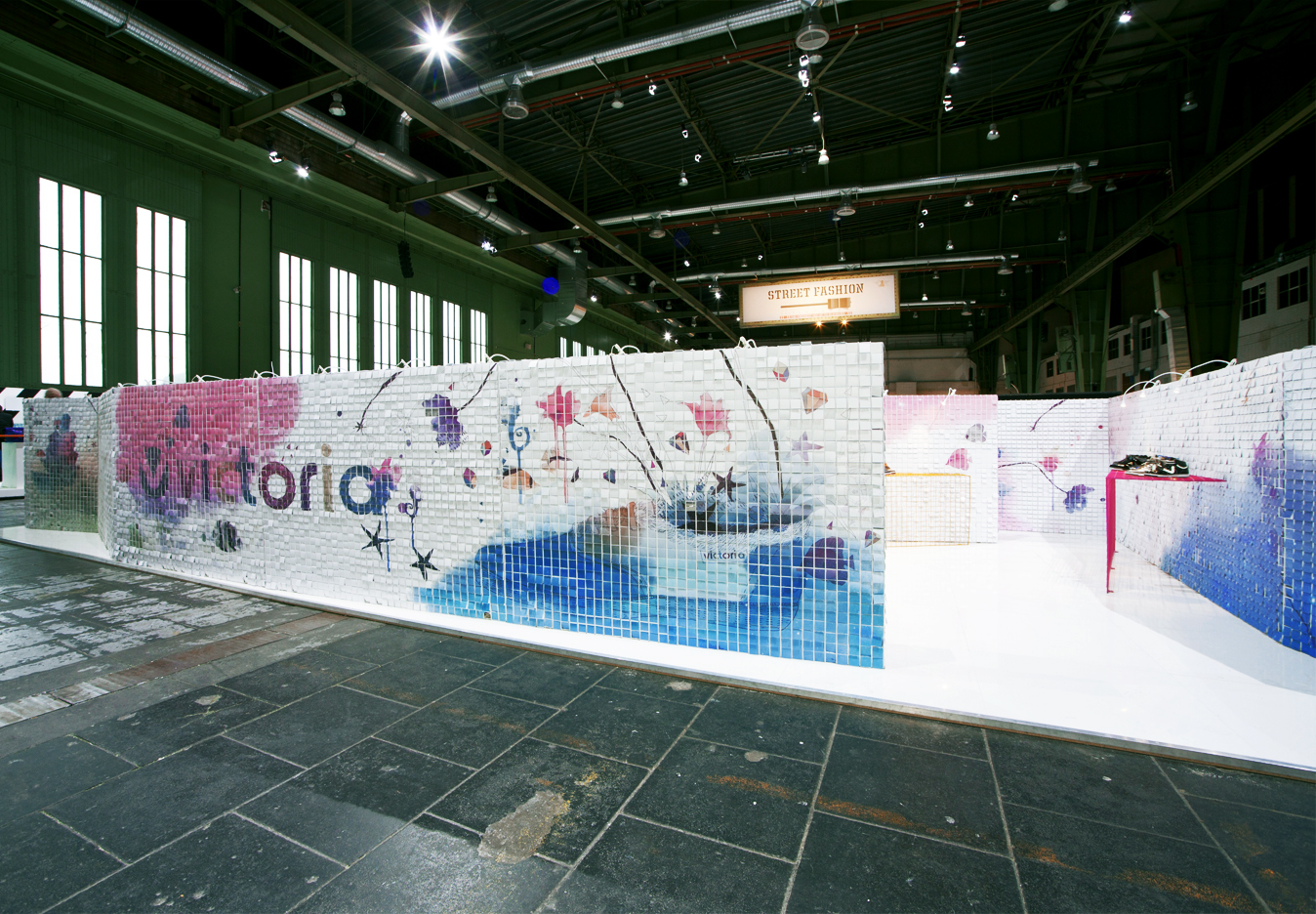 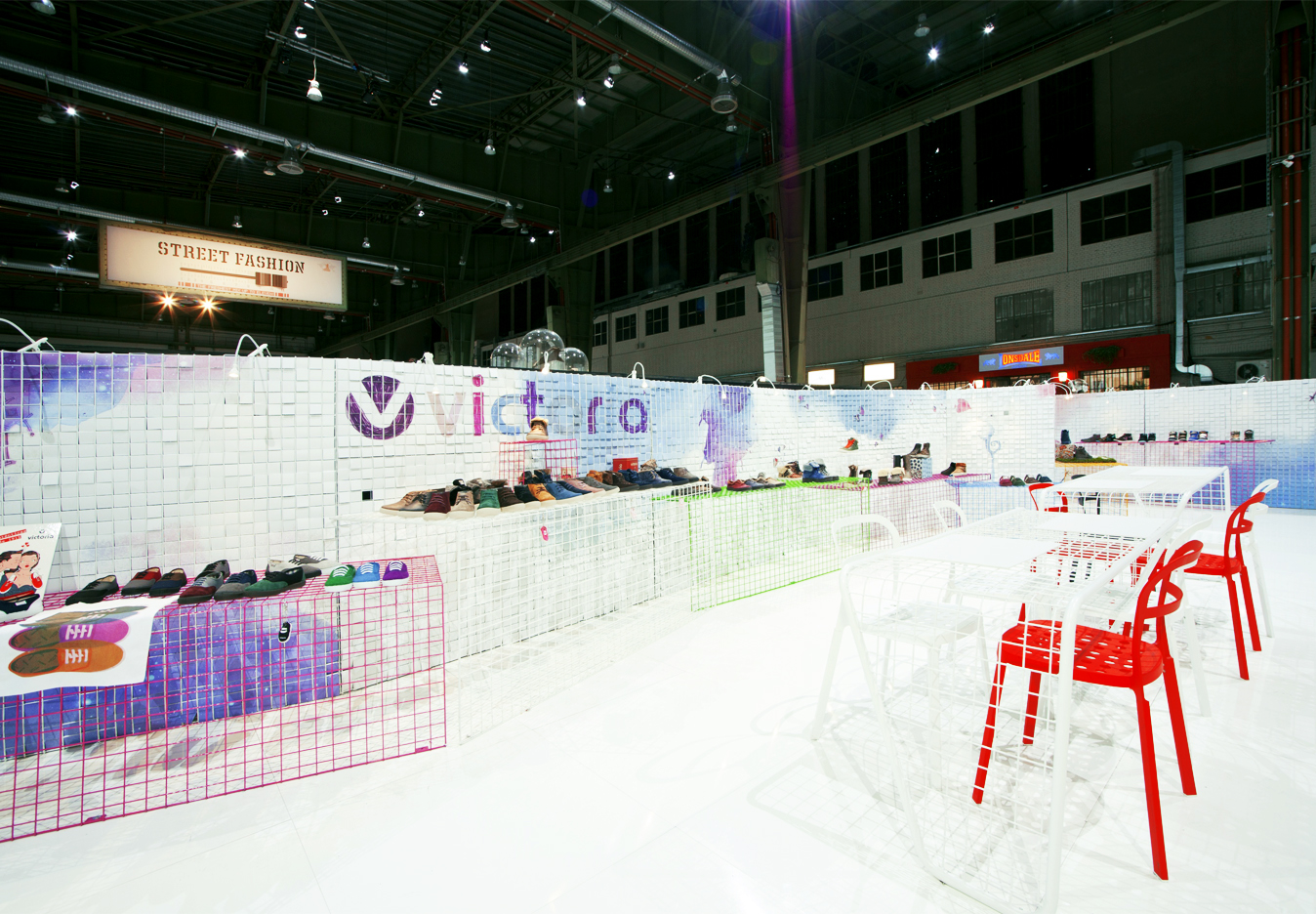 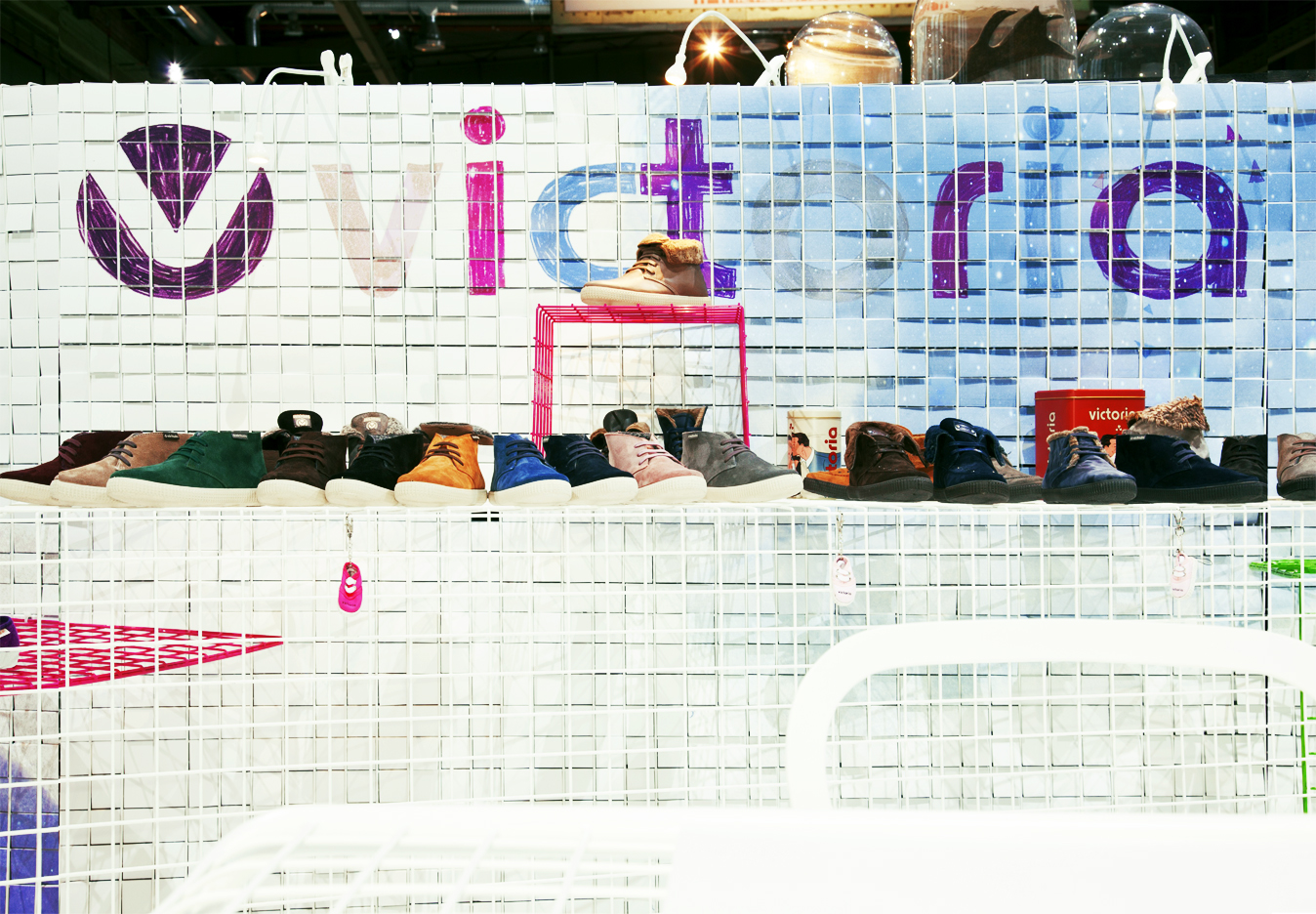 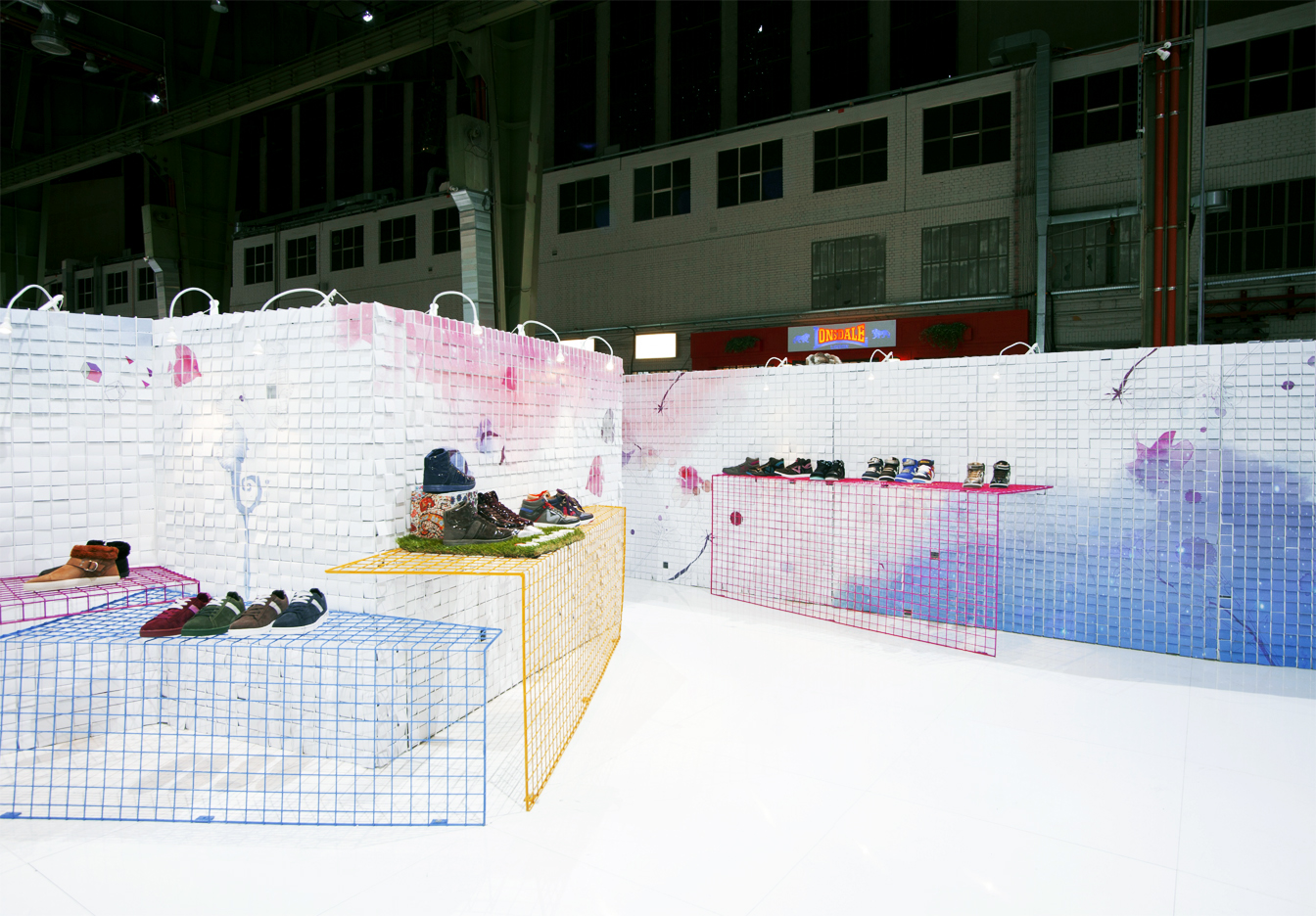 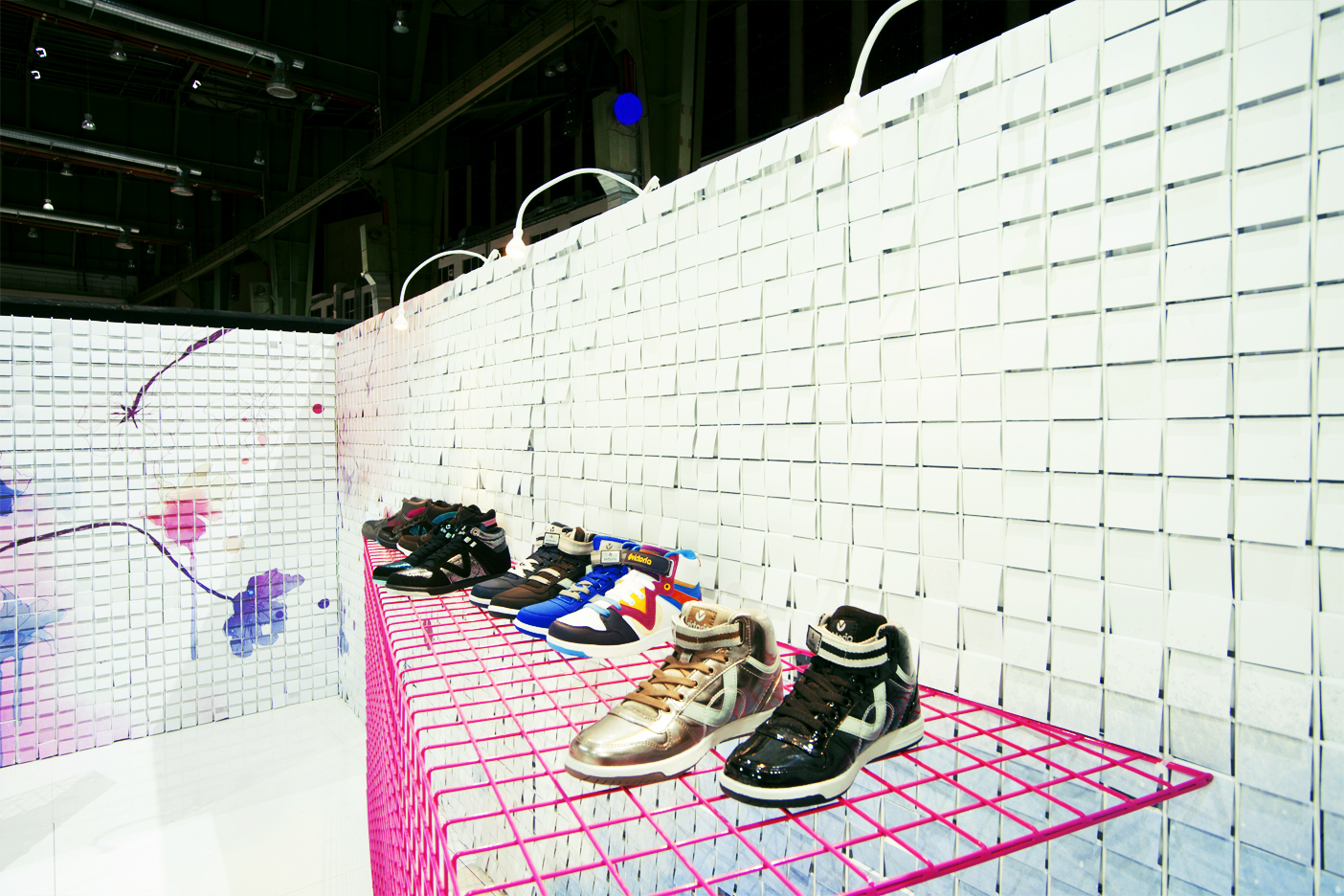