When Charlotte Perriand and Pierre Jeanneret designed the Refuge Tonneau in 1938, it was considered to be a futuristic design, way ahead of its time although in later years, many of its features have been incorporated into mountain refuges.  At the 2012 Salone del Mobile in Milan, the construction of the  original 12 sided mountain hut became a tactile reality, thanks to Cassina.

The elegant  two storey aluminium structure stands on 12 poles and is barely 4 metres in height. The pinewood lined interior sleeps 8 in two double beds on the first floor and two on the ground floor which double as seating or may be folded and restrained by means of leather straps, much the same as beds in a railway carriage. A central heating pole ensures warmth is distributed throughout the hut, a wooden kitchen counter fitted with an aluminium sink for melting snow with space for a camping stove and supplies as well as space for skis and rucksacks are just a few of the incredibly efficient features contained within this tiny sanctuary.

The inspiration of Perriand for the design came from a photograph of a children’s fairground ride in Croatia. The 3D project came to fruition from the designer’s extensive notes and sketches as well as close collaboration with her daughter, Pernette Perriand-Barsac. 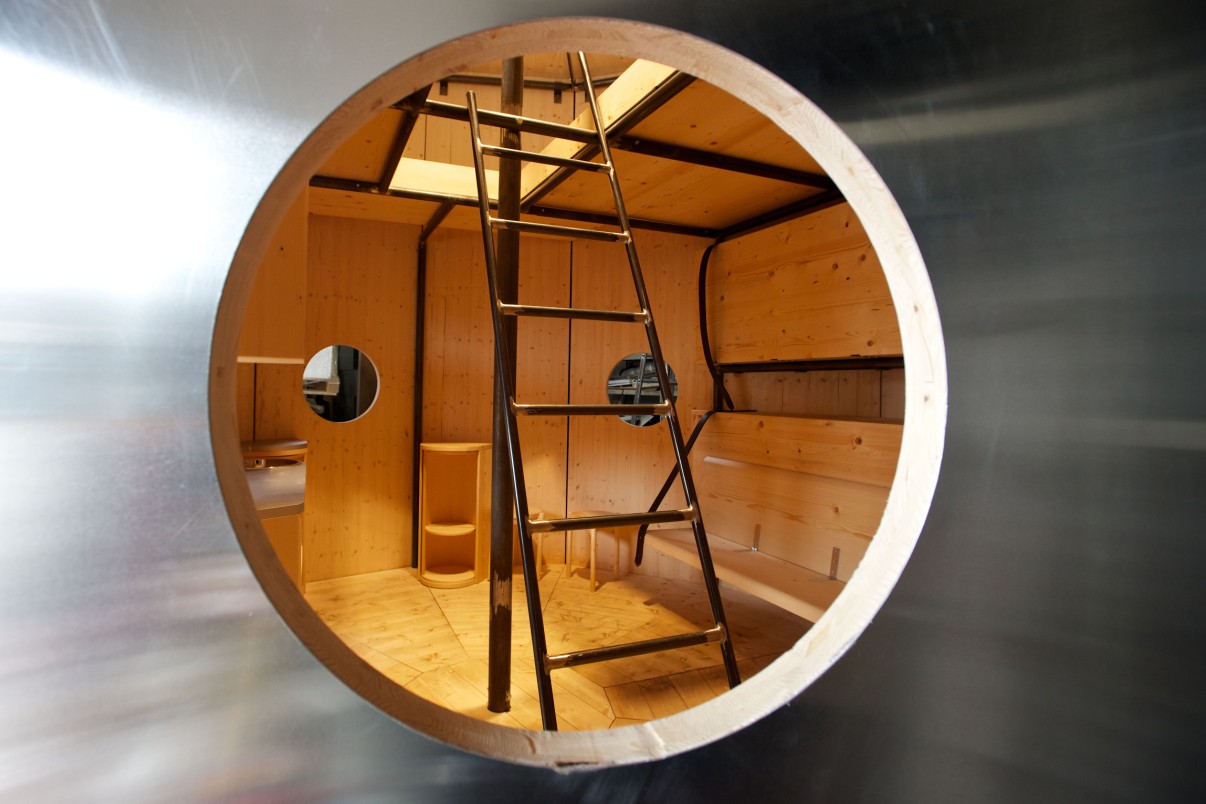 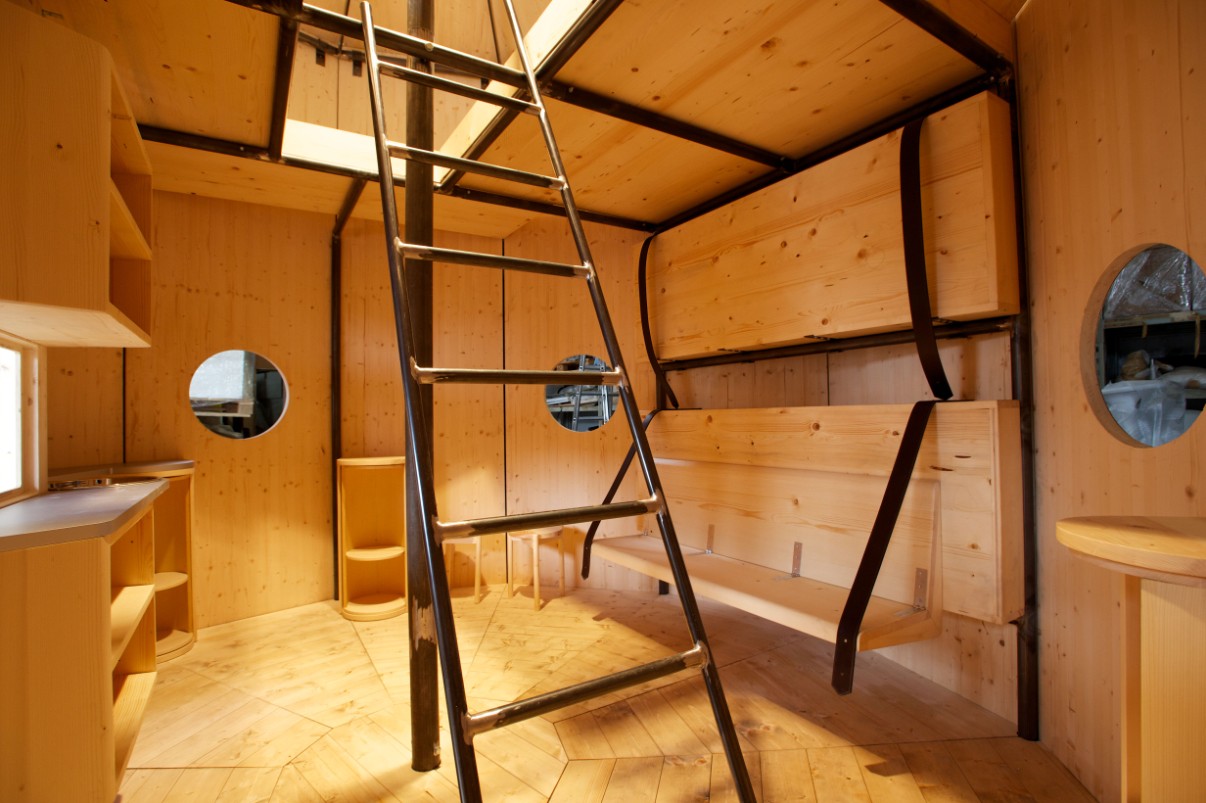 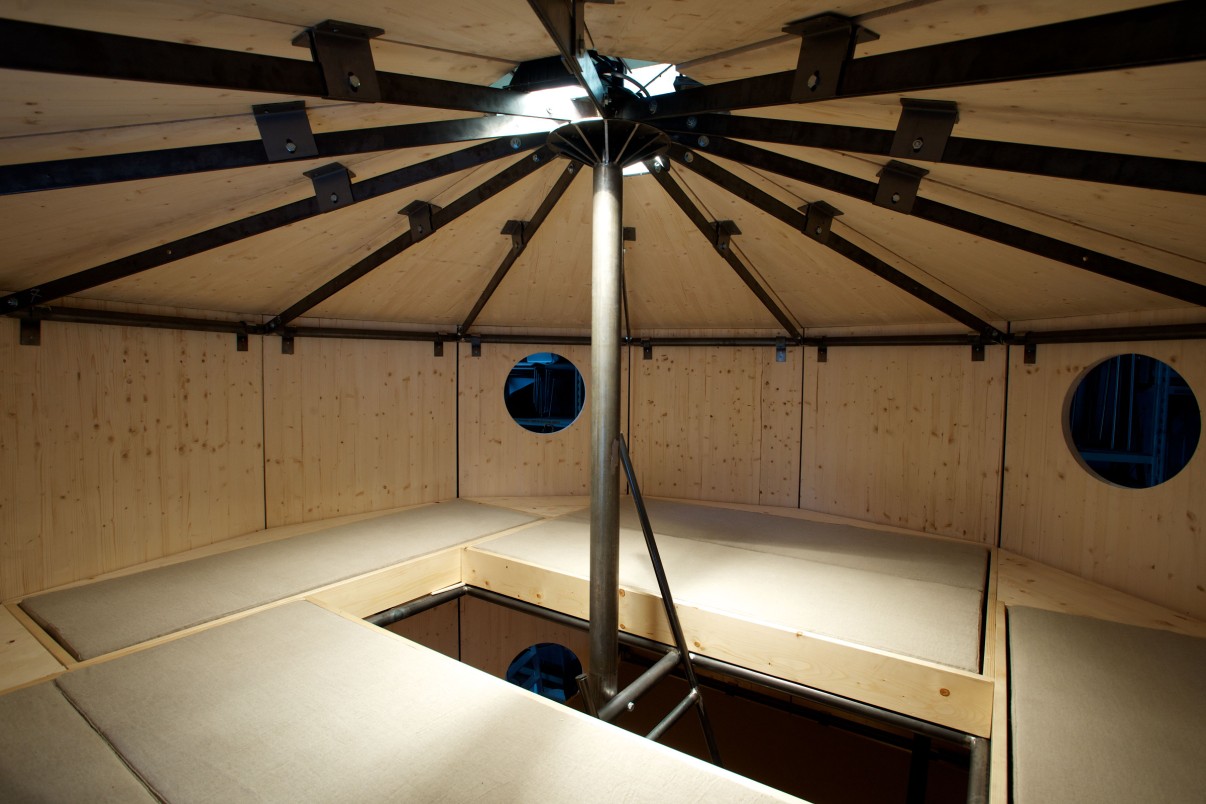 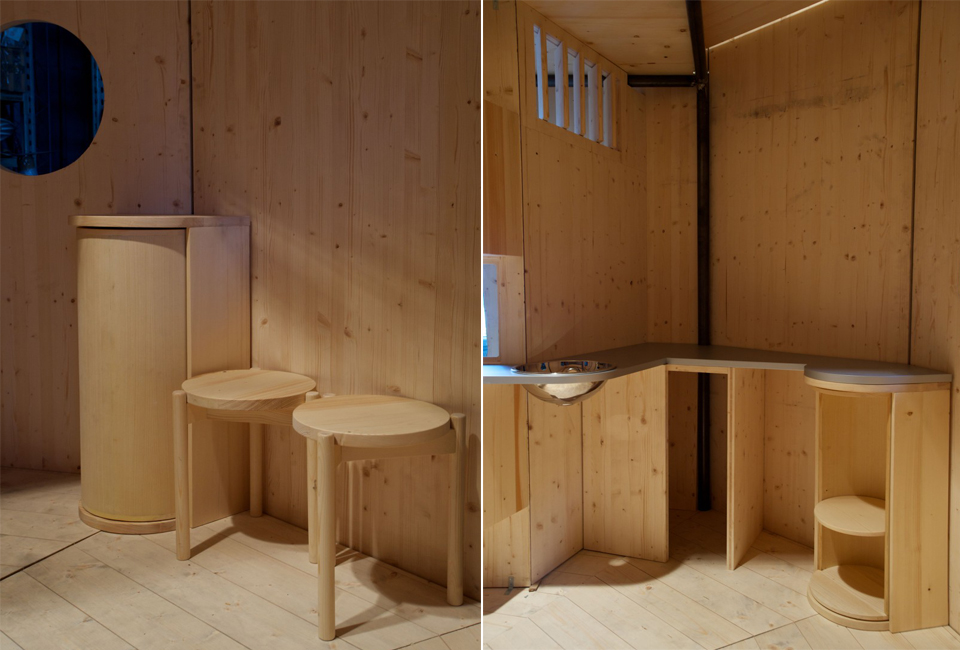 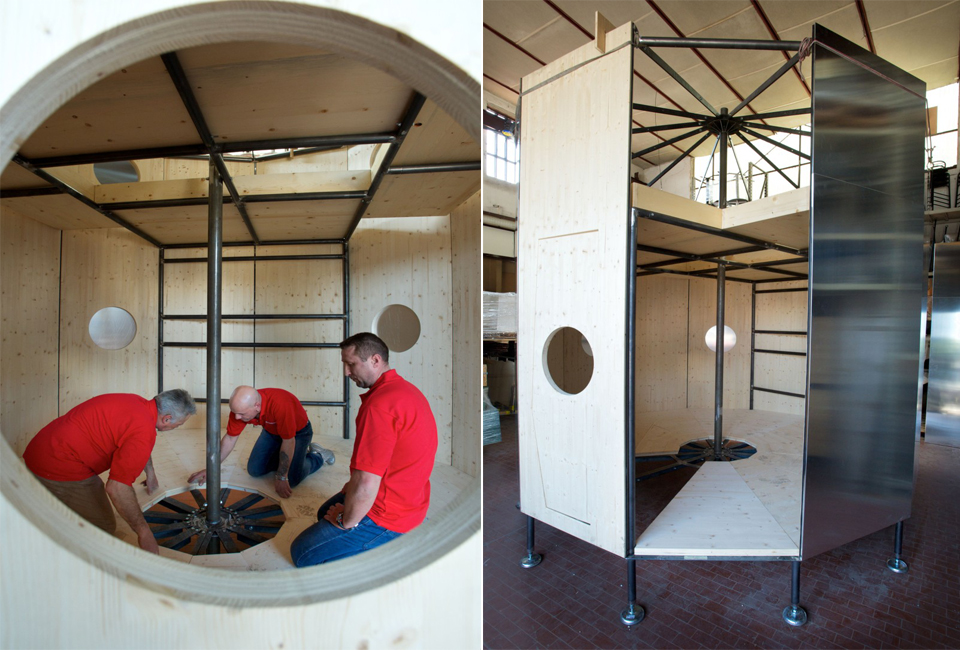 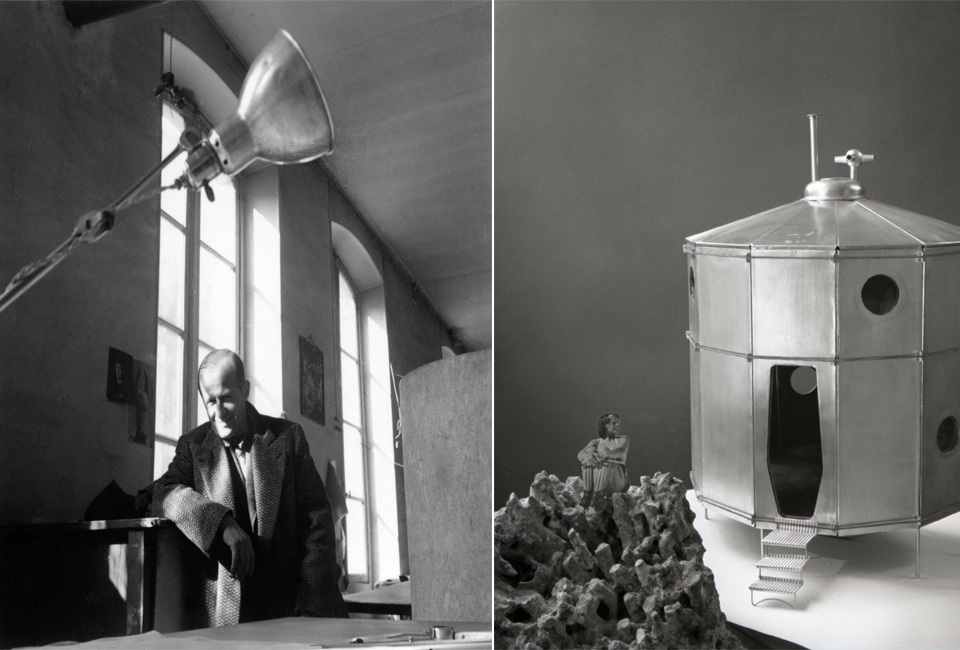