On an empty lot adjacent to the 2012 Detour 2012, an art and design festival in Wan Chai, Hong Kong, the Shellstar Pavilion served as an attraction which would guide visitors to the event. It was designed by the practice of MATSYS over a period of six weeks from conception to completion using various software applications.

Constructed from translucent Coroplast, its undulating organic shape is formed from 1.500 individual cells based on the technique developed by the likes of Antonio Gaudi and Frei Otto. A light portable structure, it is flooded with natural light during daylight hours, thanks to the perforations within its form.  When night falls however, it is illuminated from within and becomes a mysterious beacon which attracts the attention of all who pass by. 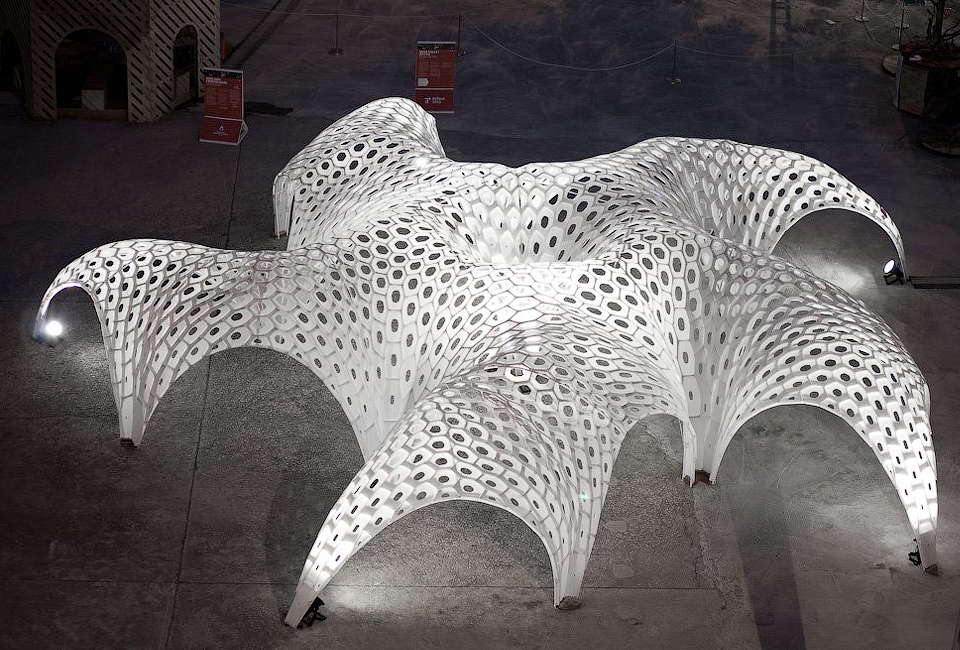 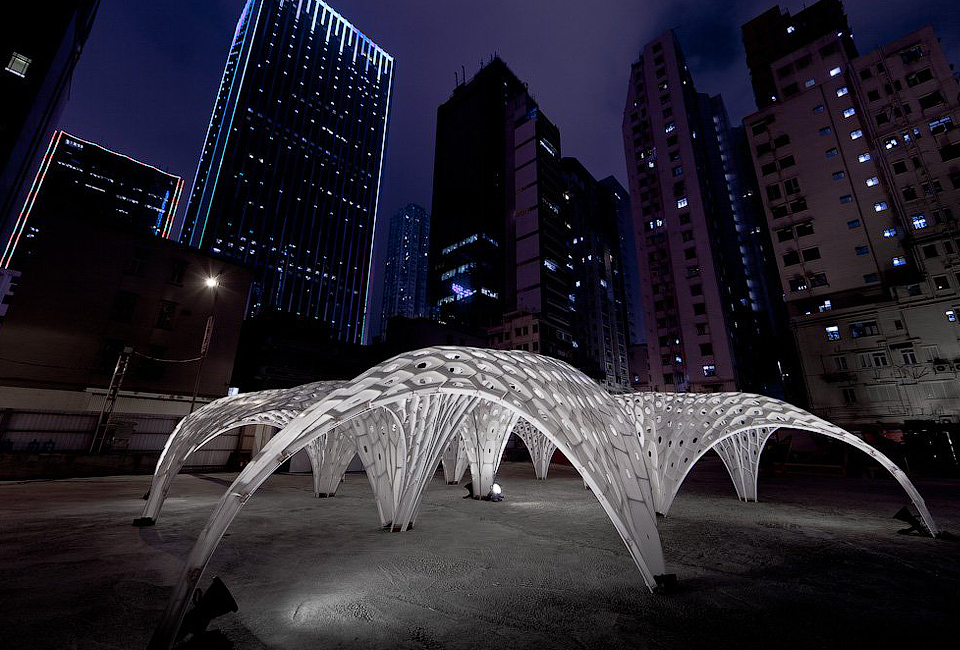 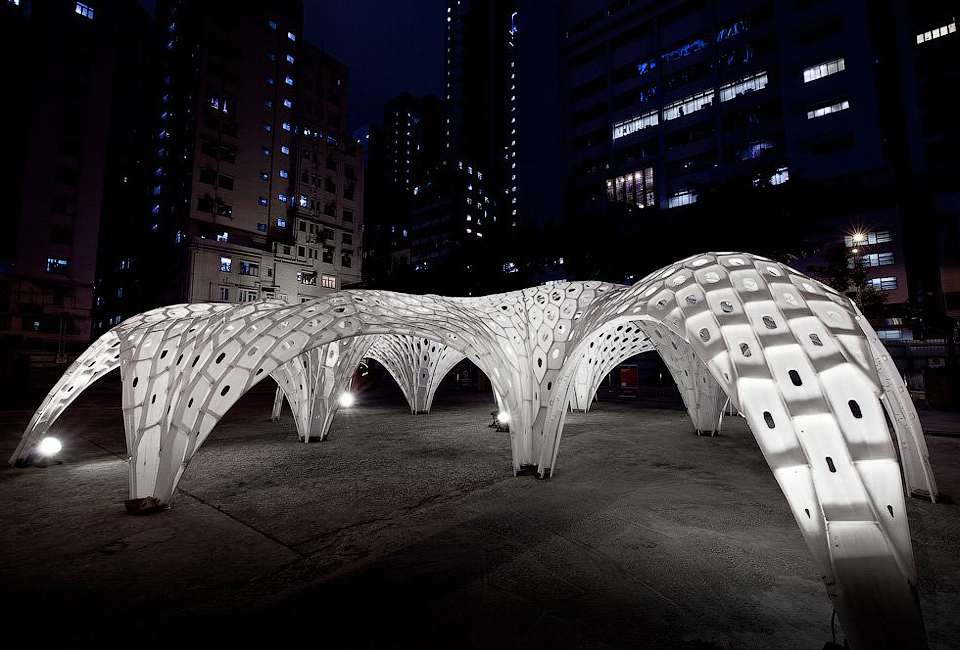 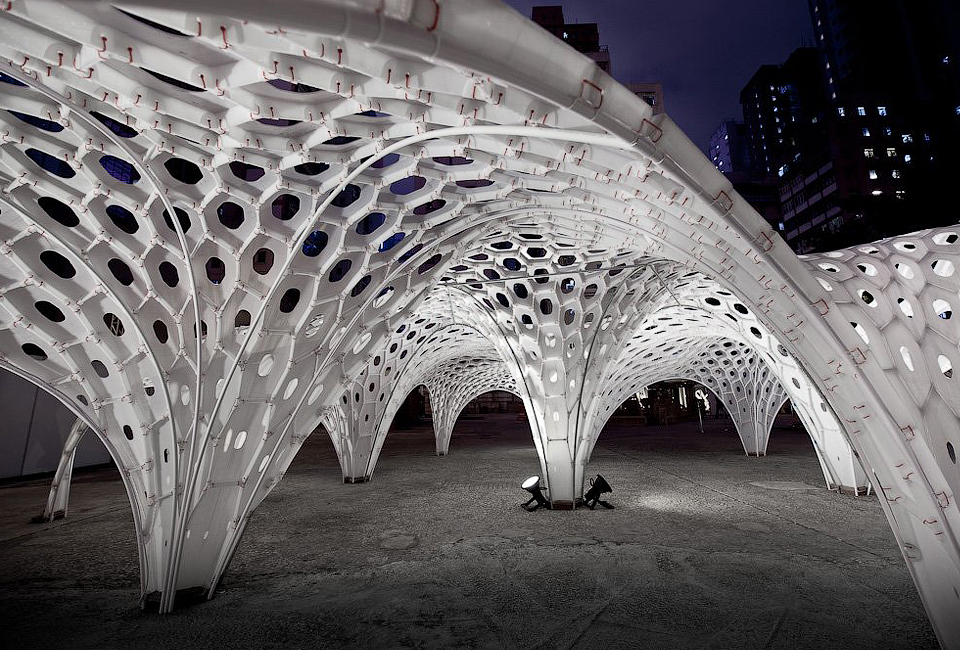 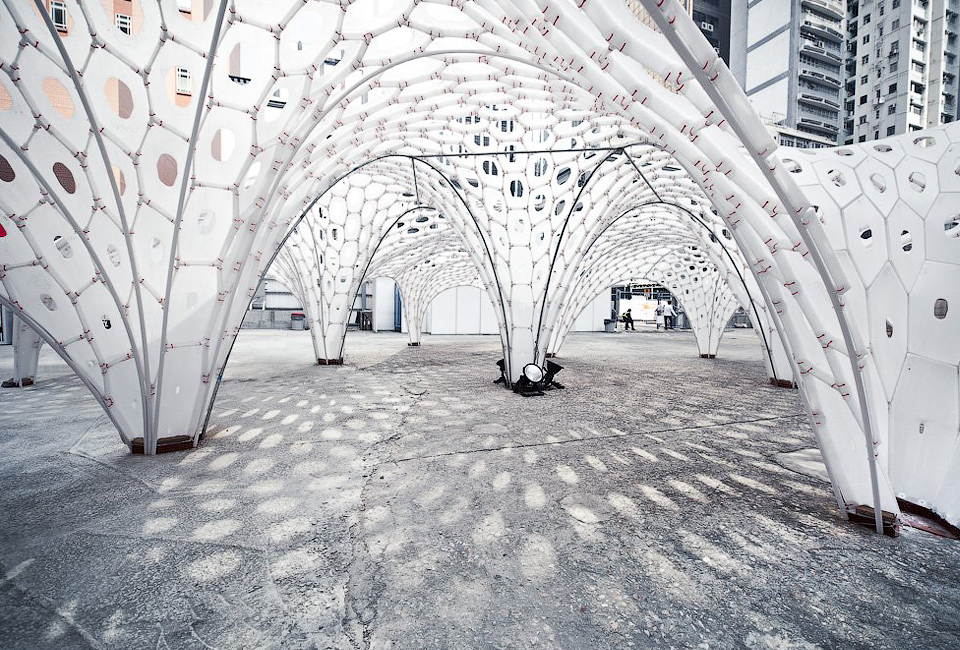 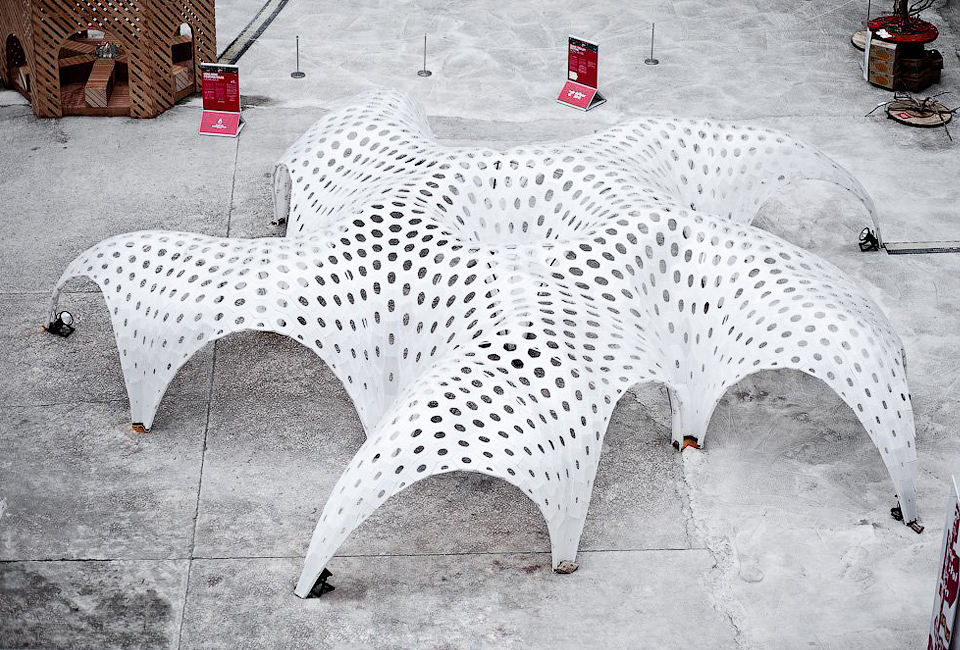 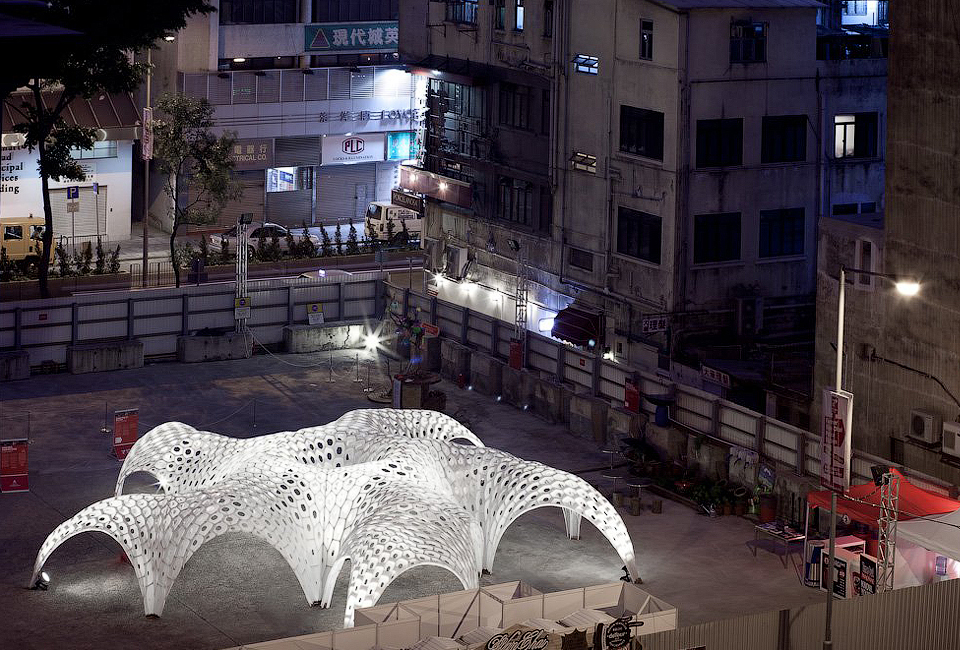 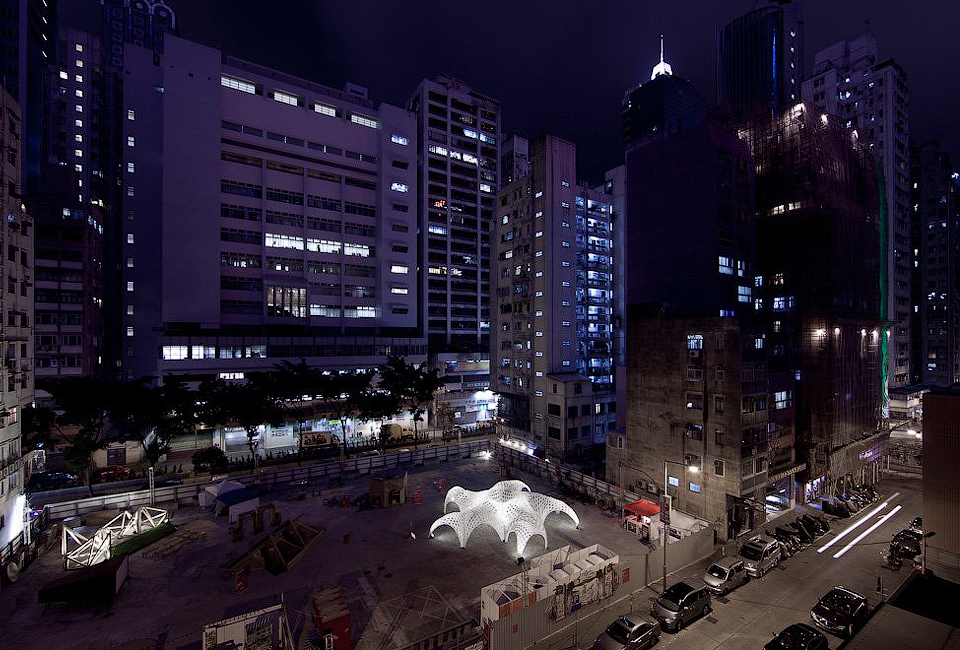