Raf Simons, the creative talent behind the Jil Sanders line, is a busy man and also an extremely private person. Spending 110 days per year in Milan for Sanders as well as producing his own line, it comes as no surprise to learn that he has a sanctuary to return to as his base. This is the apartment he purchased 6 years ago in Antwerp, Belgium. Built 42 years ago, the same year as he was born, the 2 storey, open-floor plan apartment, away from the busy commercial city centre, is a place he occupies alone, amongst his extensive art collection.

On entering the apartment, the opulent marble floor and planters epitomise the mid century layout of the space. The Wenge-wood floating staircase, built in cabinets and floor to ceiling sliding glass windows form a backdrop to the impressive furnishings of the 50s and 60s. A Pierre Jeanneret couch and chairs upholstered in navy with red piping, a Noguchi coffee table and George Nakashimi bench furnish the living area. A collection of mid century ceramics housed in a glass fronted cabinet show his love for vintage ceramics, in fact he states that had  he not been a designer, he would have become a ceramicist.

However, his greatest passion is contemporary art and this is evident in the pieces displayed throughout the apartment. Ceramic sculptures by Sterling Ruby, Ten framed flags by Mike Kelley and a huge sculpture by Evan Holloway of a seated man impaled by metal rays dominates the living room. The lack of wall space in the home necessitates the storage of a good deal of his collection which is brought out of storage and rotated at intervals during the year.

Raf Simons is a designer who wants his clothes to be worn, he cares a great deal about the consumer and is fascinated by the ‘dialogue’ between the two. He states that wherever he may decide to live in the future, whether it be Berlin or New York, the apartment in Antwerp will always remain his home. 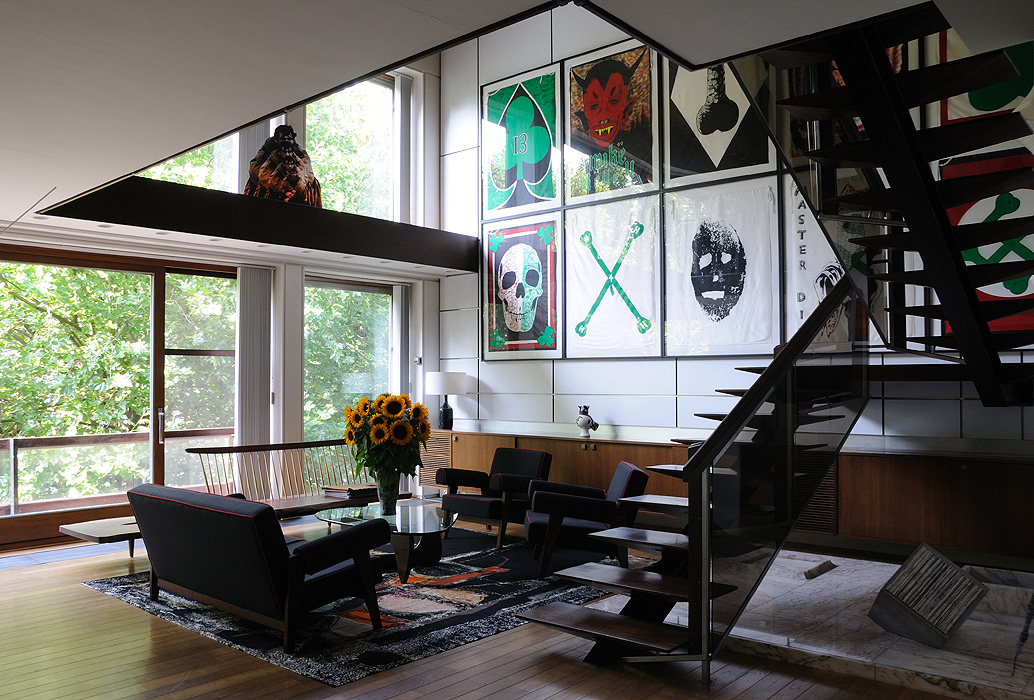 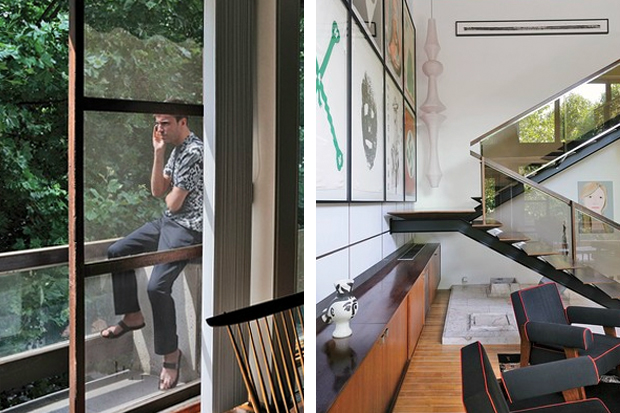 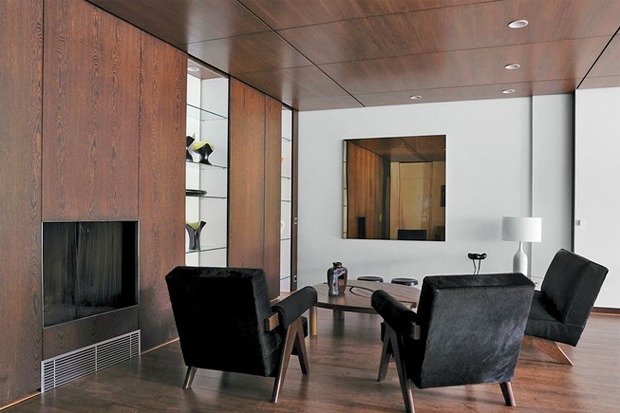 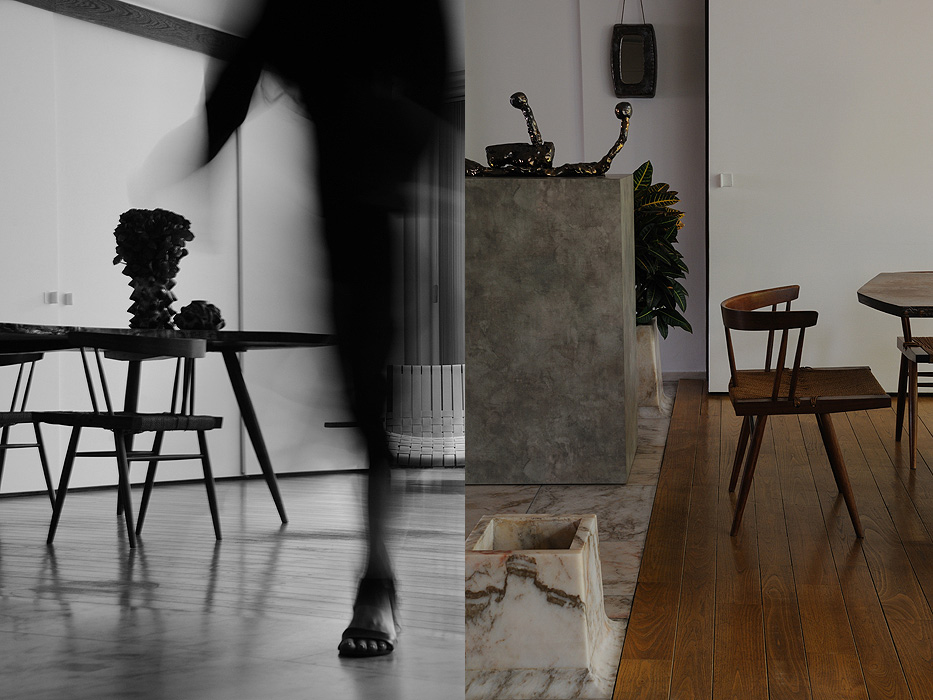 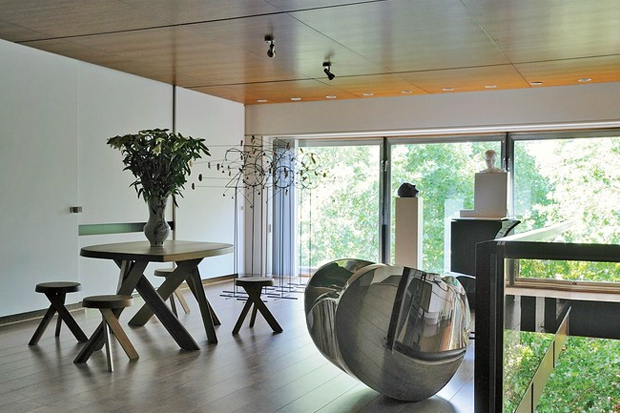 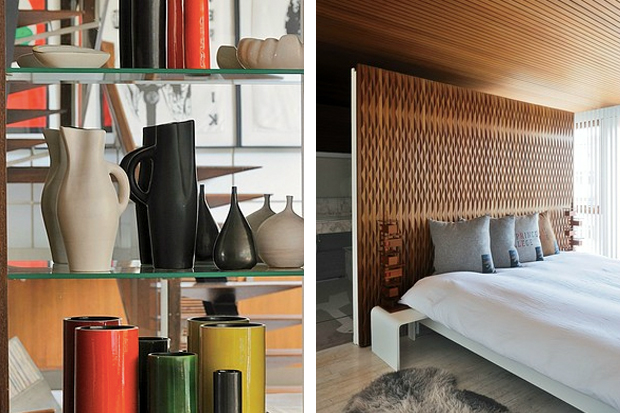 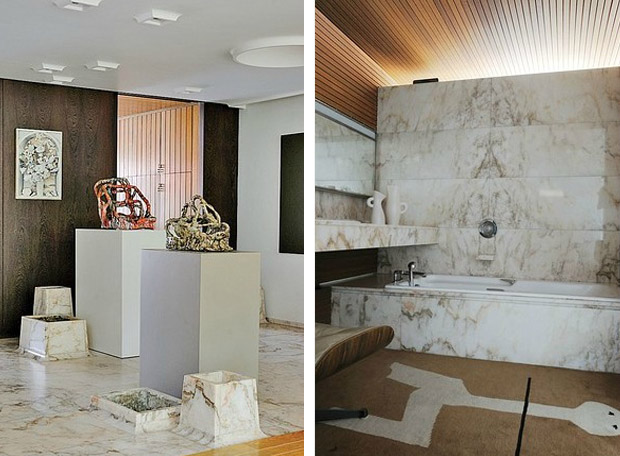 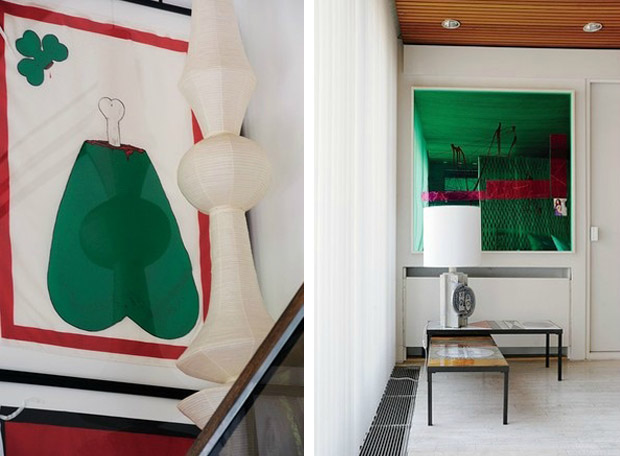 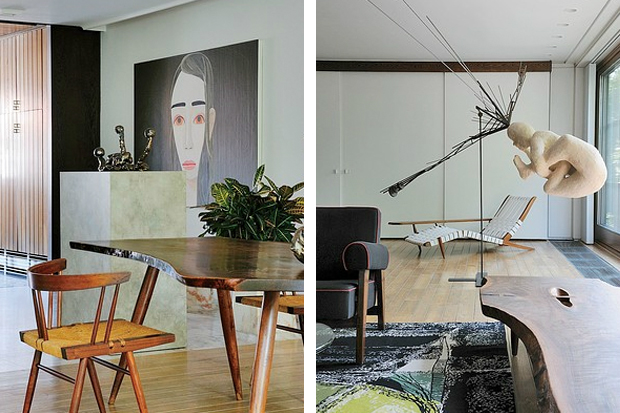