Located on the Alentejo Coast, the Monte Novo da Cruz is a rural property strongly characterized by a gently undulating land with slopes sometimes relevant. The presence of a curtain of high trees along the south-eastern perimeter of the site and a dense vegetation near a south-western stream stand out in the landscape.

In the centre of the property, in a high position, there is an old rural construction in an advanced state of degradation.

The proposal for the Monte Novo da Cruz seeks to establish a contrast dialogue between the existing and the new building which sometimes merge with each other, creating a smooth transition between the past and the present. This relationship is materialized through two types of intervention, placed at different levels on the ground: In the upper level, the intervention consists on recovering and expanding the existing building for owners’ house. The planimetric composition is made up by a succession of spaces, which ends with a double height common lounge with a central fireplace. On the north-west side are located the main entrance and supporting spaces intercalated with small garden courtyards for natural lighting and ventilation. On the south-east side, to the contrary, are located the main spaces overlooking the garden and pool.

In the lower level, the intervention results in a new independent building that adapts to the topography of the site and uses the slope of the ground to differentiate the owners’ house of the guest areas. This long volume, half-buried and perpendicular to the line of trees, preserves the scale of the house and reinforces the verticality of vegetation. Its unique façade is characterized both by a wide opening framing vistas of the landscape as well as by a stand-alone pergola reducing the amount of direct sunlight coming inside the rooms and providing privacy for guests. At the level of arrival the building is almost imperceptible to the eye, only a long terrace with seating areas for contemplation of the surrounding nature is visible.

The connection between the two volumes is developed through a central courtyard, the heart of the whole complex. It is from it that is organized the distribution and access to the different parts. 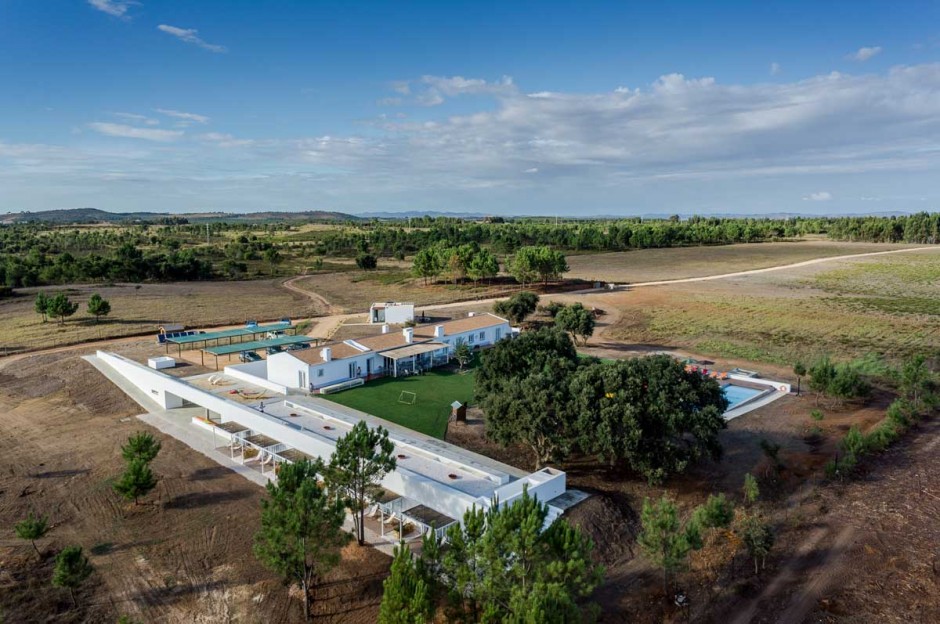 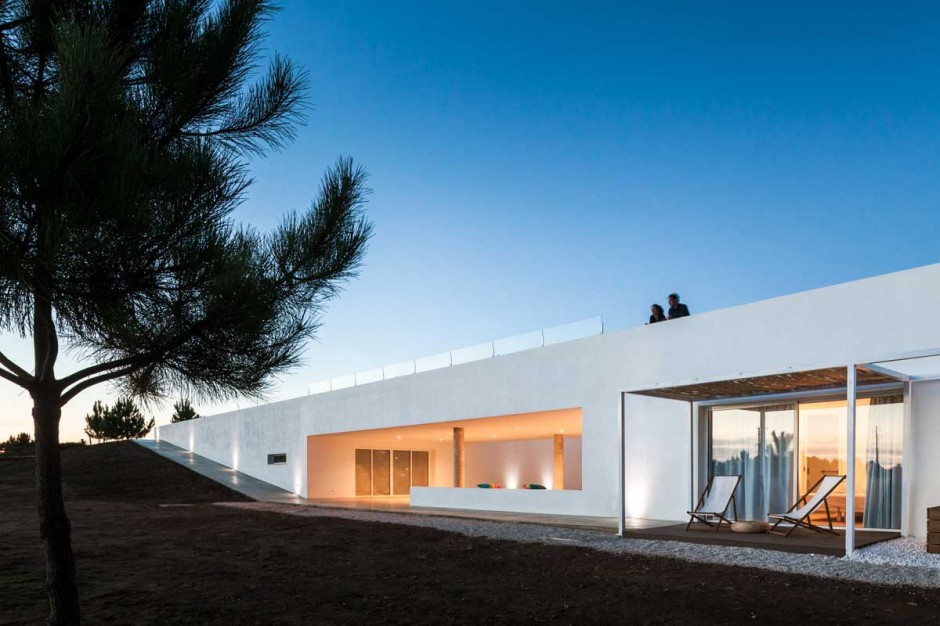 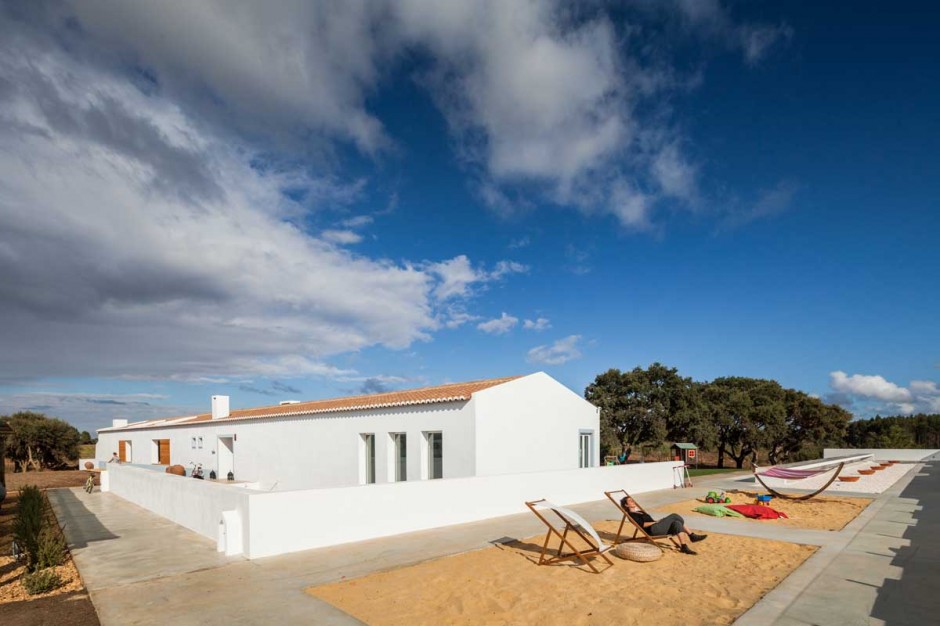 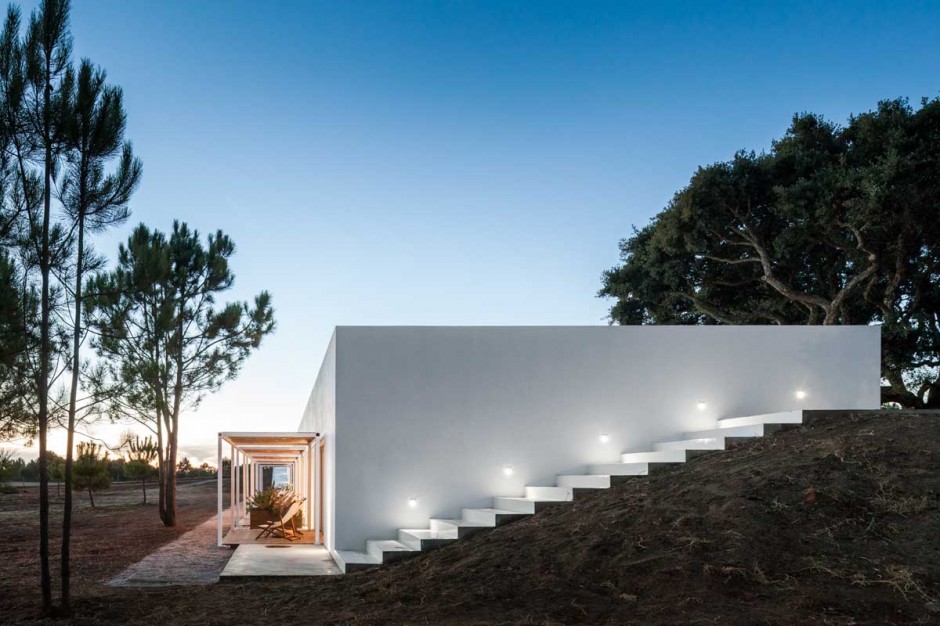 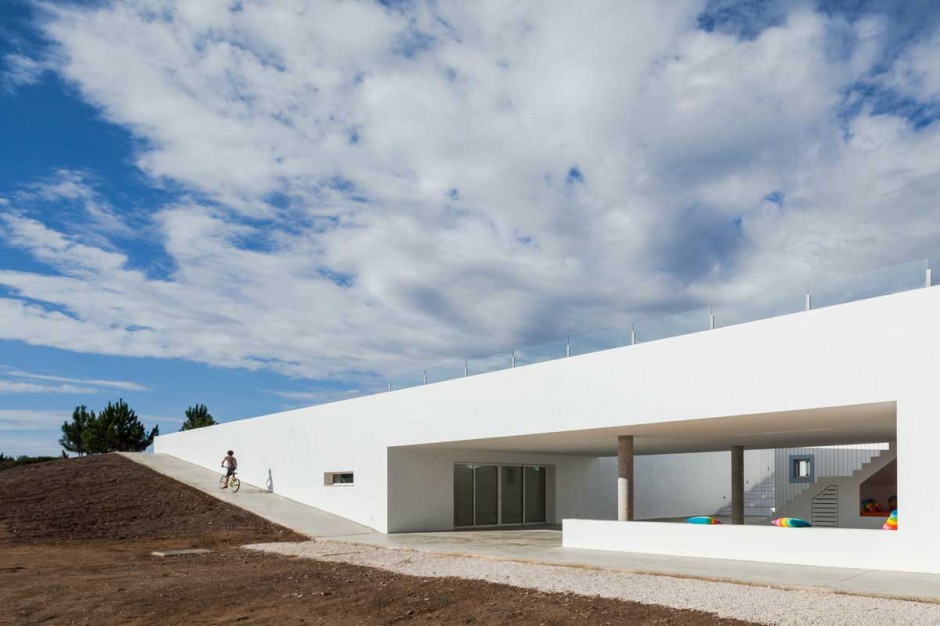 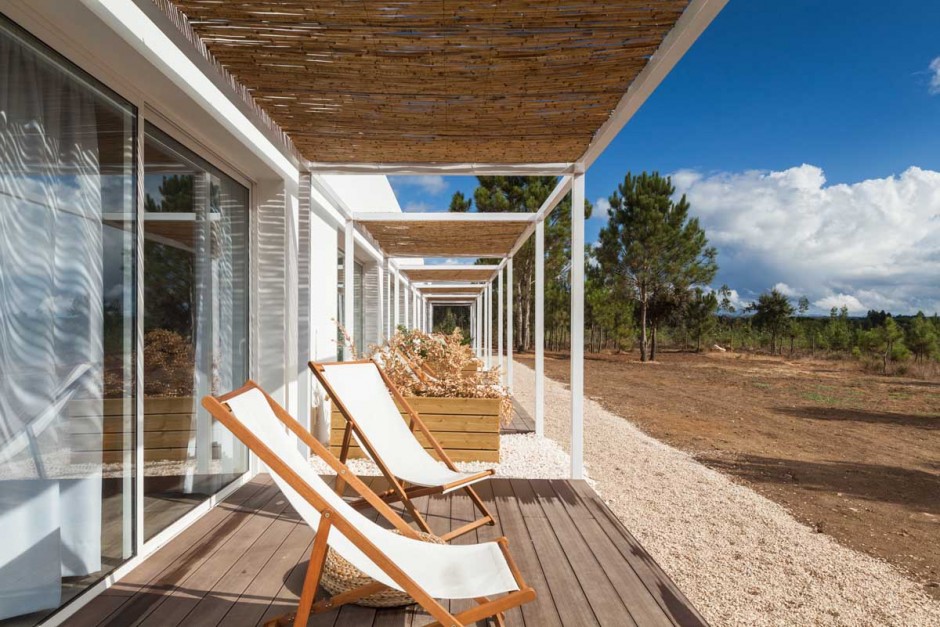 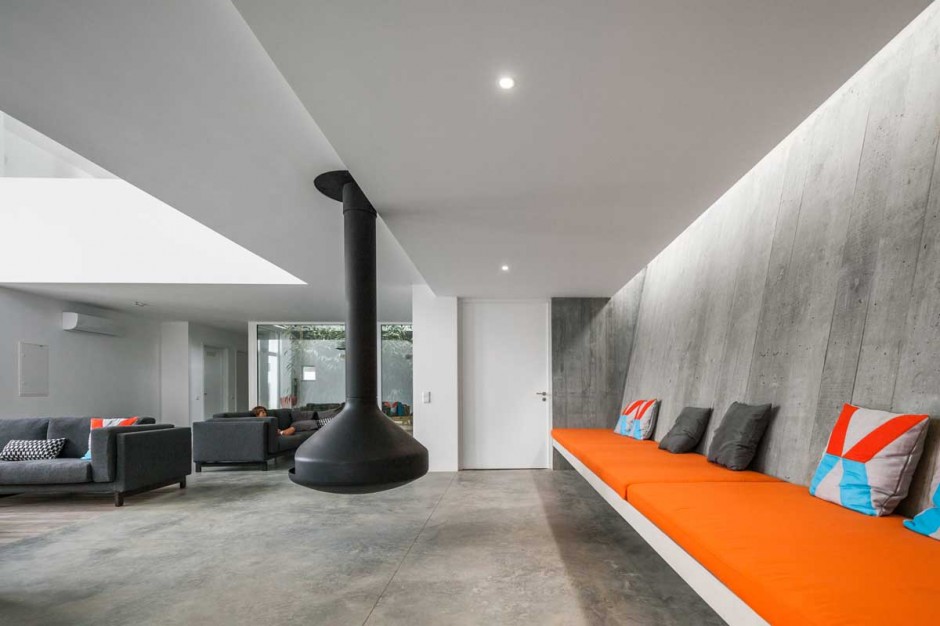 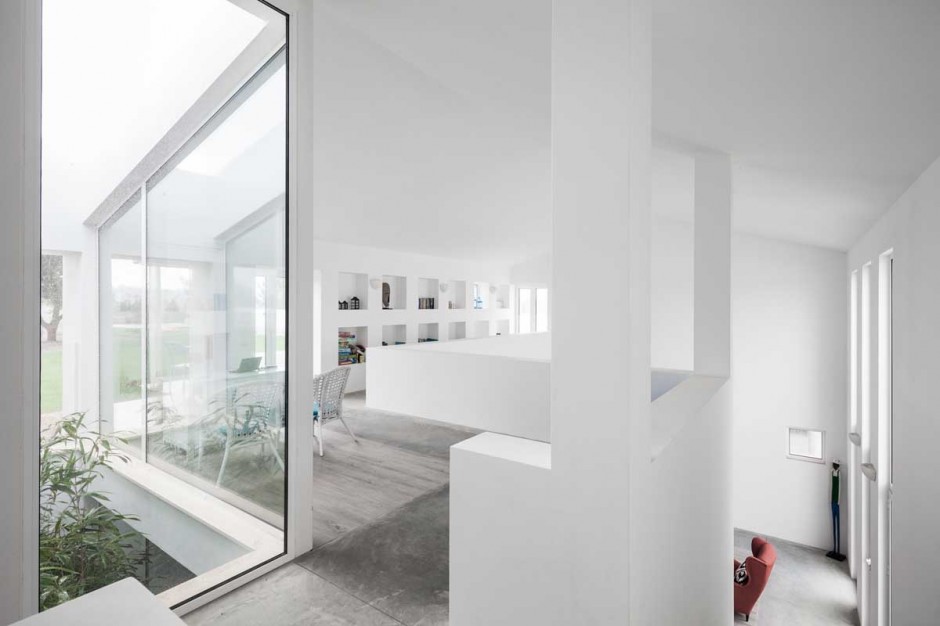 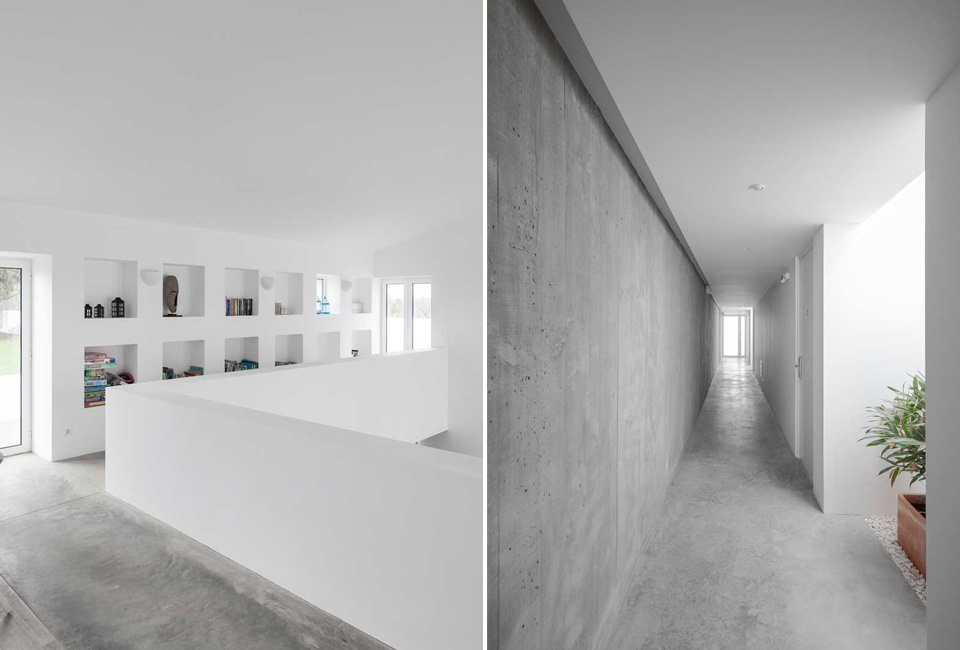 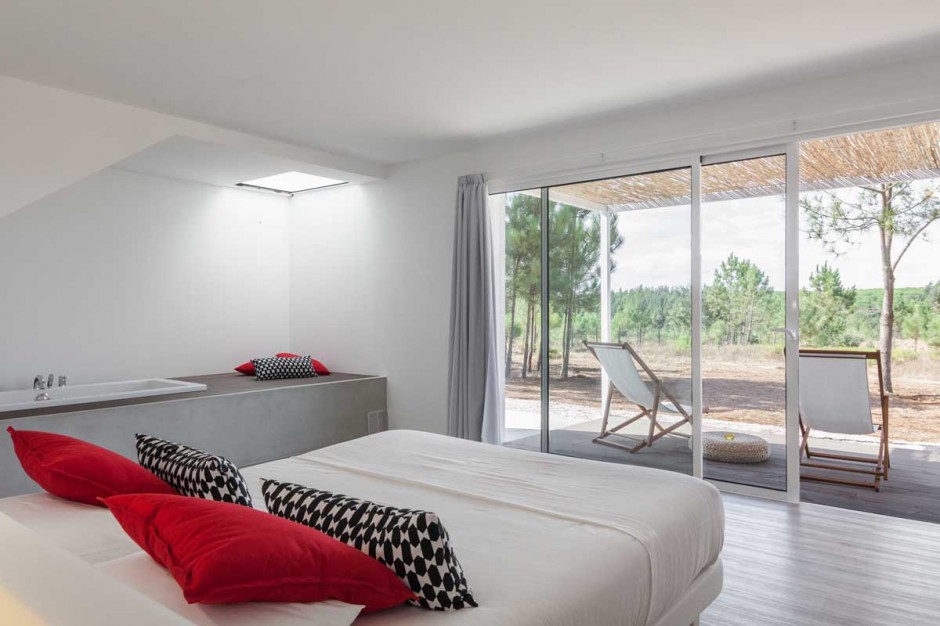 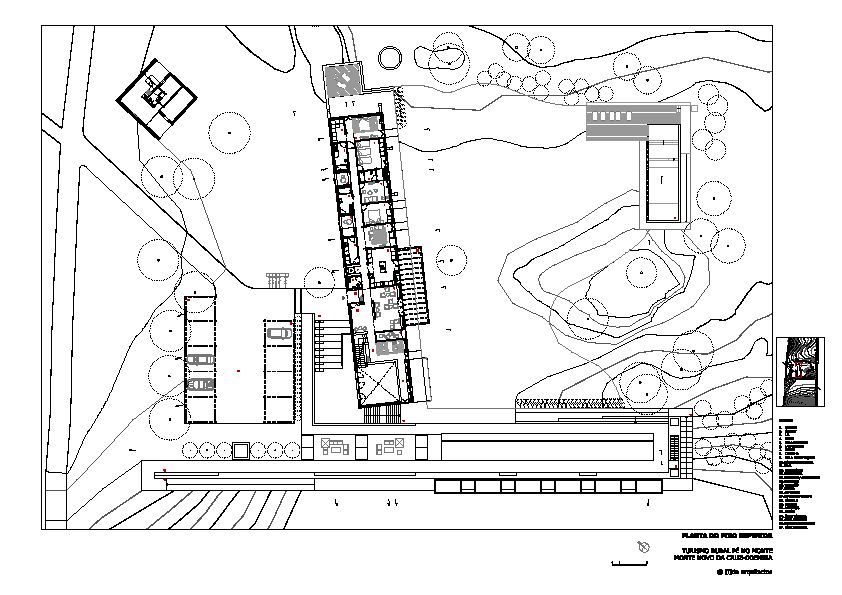 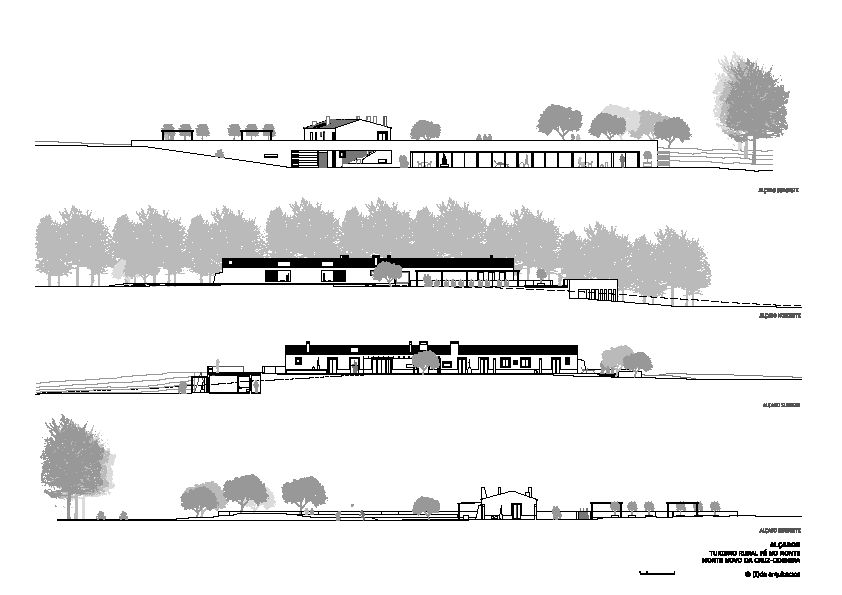