Founder, Artist and architect, Harry Nuriev, established CROSBY STUDIOS in NYC and Moscow. The bureau works on residential and hospitality projects. Studio Crosby have produced balanced, subdued and elegant interiors, such as Mia Yoga in Moscow.

In Nuriev’s work, we are seeing a new kind of minimalistic approach where a singular, sometimes bright and sometimes subdued, colour directs and inspires, challenges and expresses whatever it is that the designer is going for in each case.

About Mia, Nuriev says that “It is very fresh, it is tuning not only into the spiritual and physical, but also to the aesthetic practice.”

He has treated the interior with a light hand with outlines and piping reigning in the overall minty hue that evokes freshness and calm and doesn’t attempt to draw attention to itself.

But in his student years in Moscow, Nuriev was, not surprisingly, all black. Then came the long pink period that started around 2014, and was highlighted at Sight Unseen OFFSITE in 2016. His eclectic Williamsburg apartment is famously bright blue (with strong pink accents).

This spring, it was purple, headlined by a Chewbacca-esque shaggy chair in neon purple and featured in Opening Ceremony’s SoHo store in New York.

Nuriev’s clients include ASICS, Boston Consulting Group, Cushman & Wakefield, Gorky Park and Nike. There is no doubt we will be seeing a lot more of his work in the decades to come. 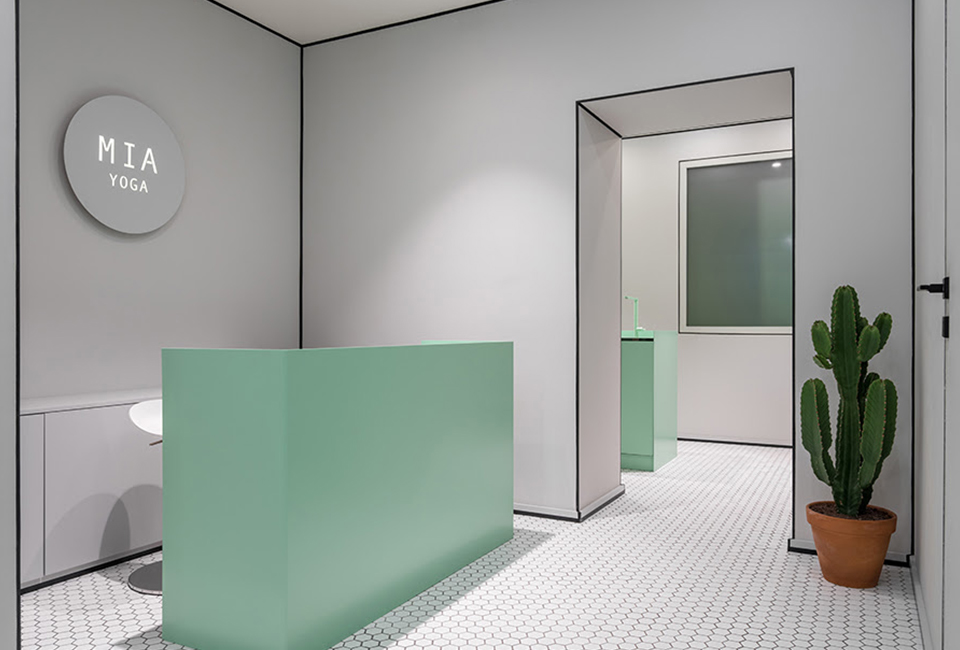 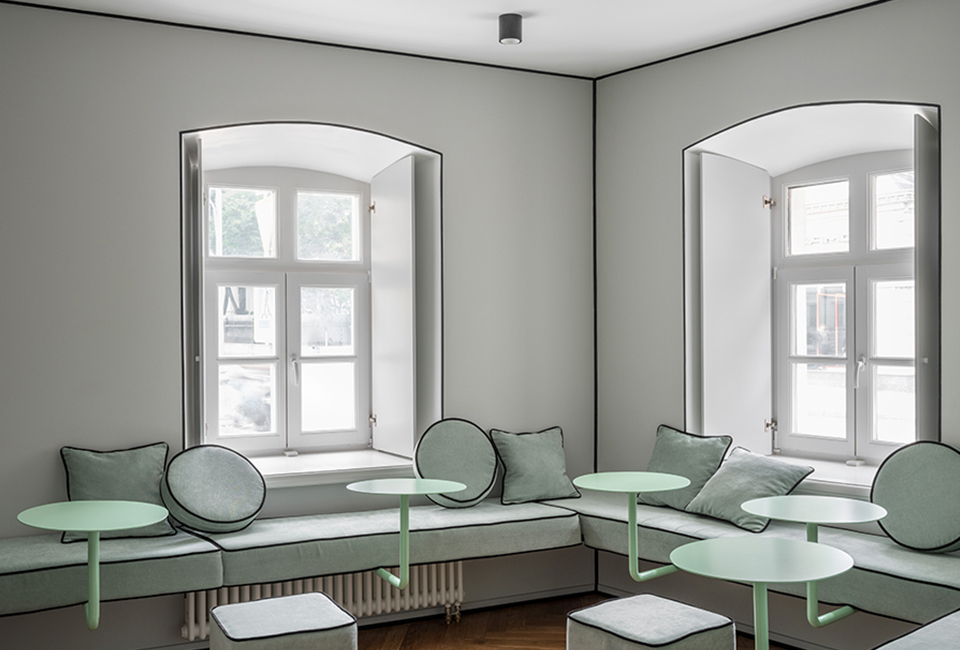 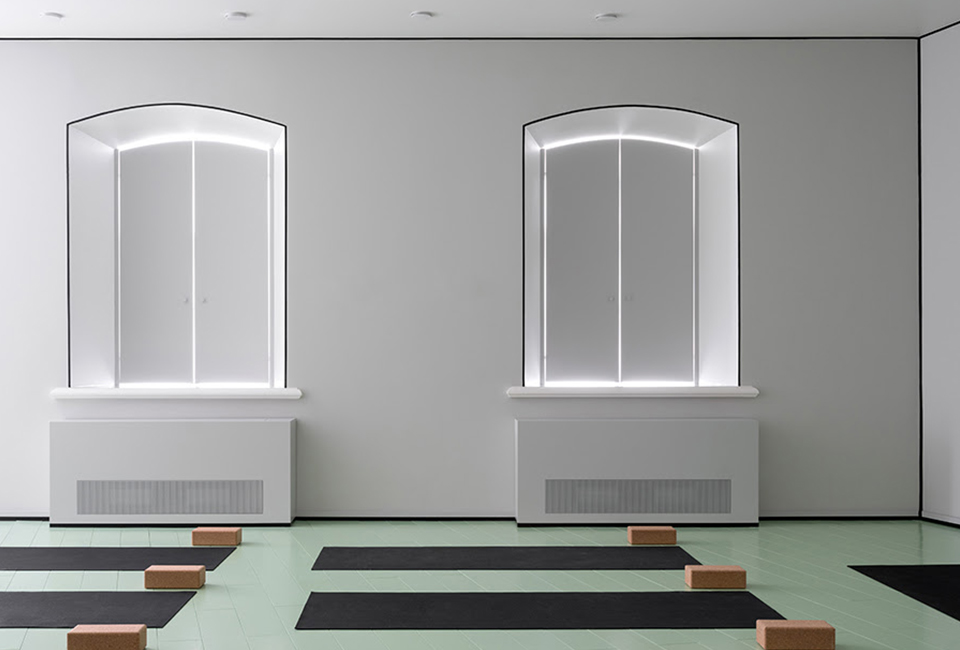 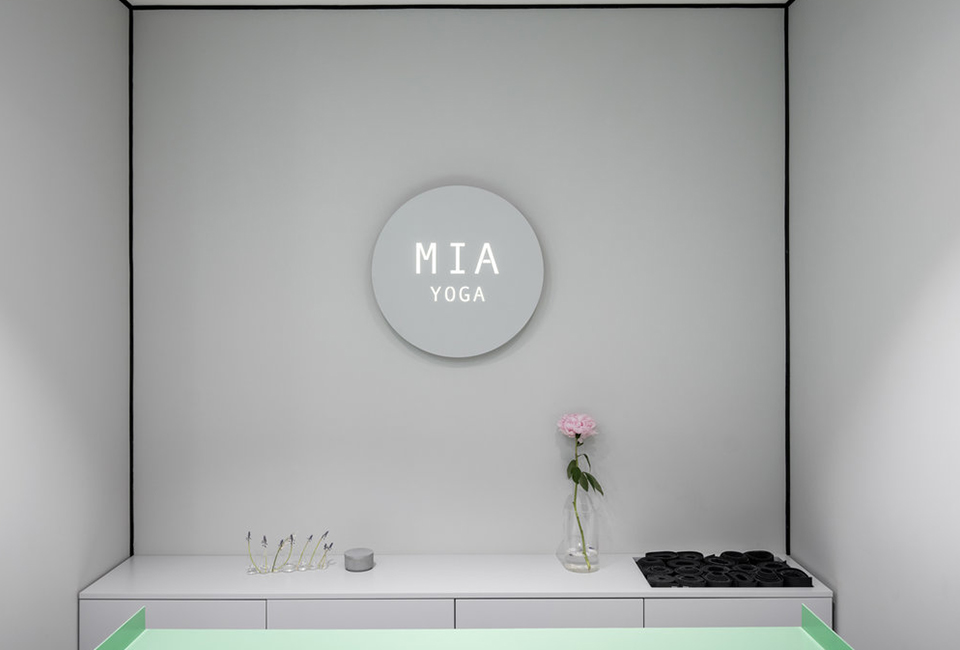 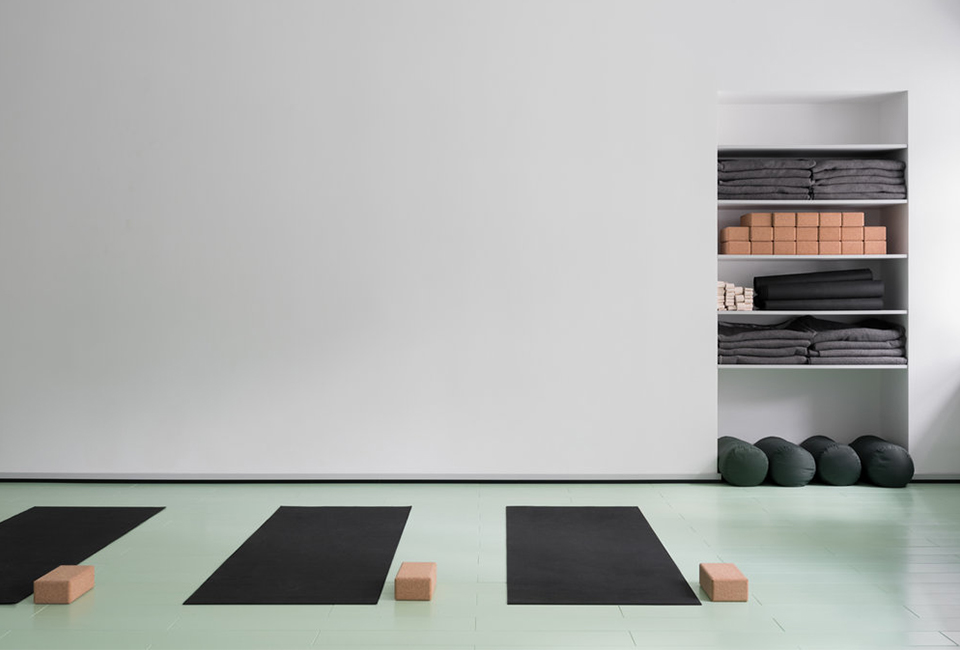 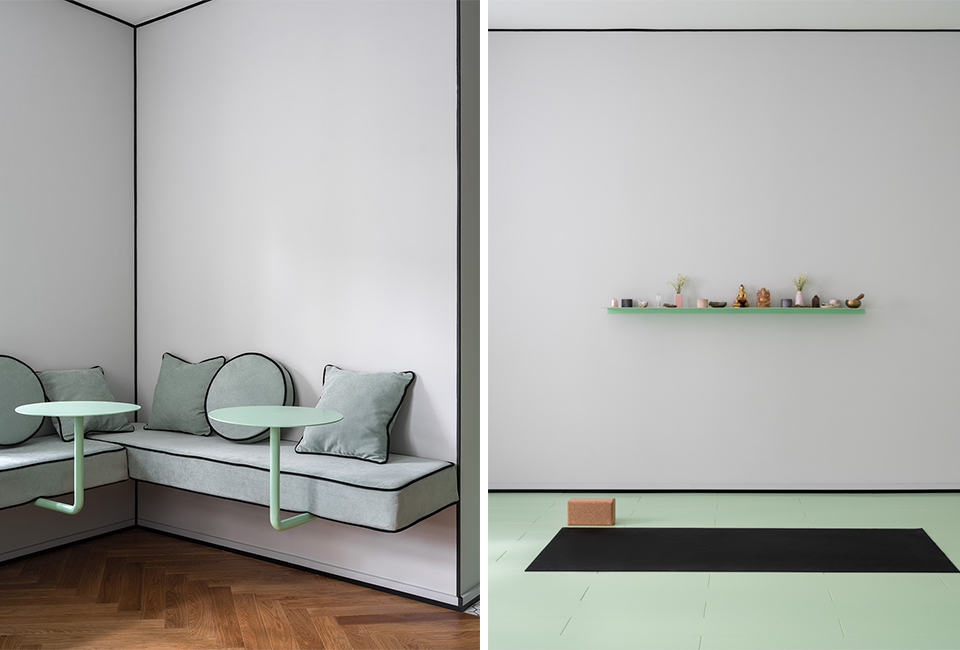 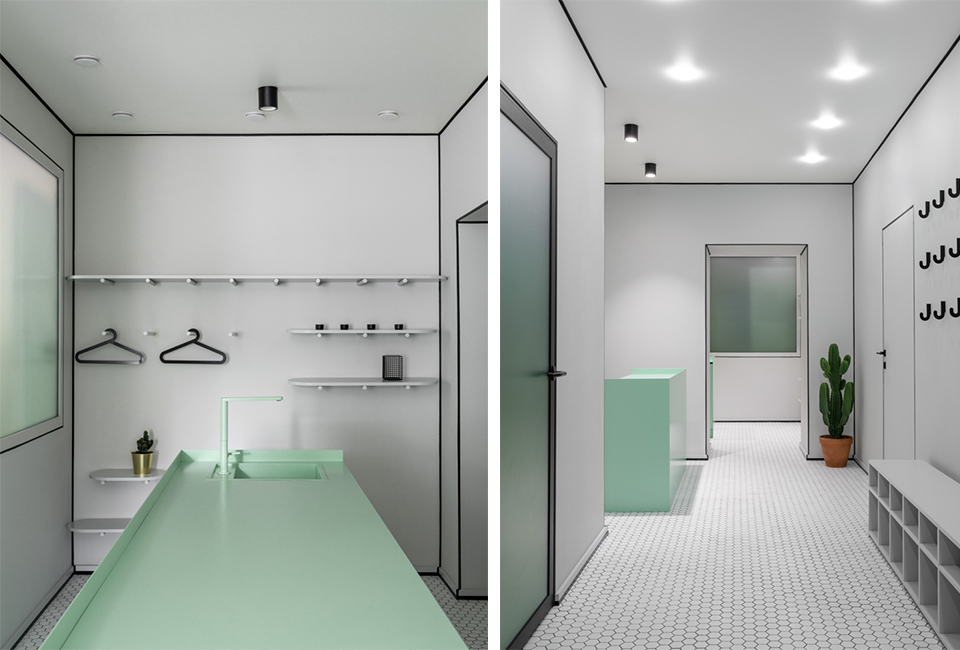 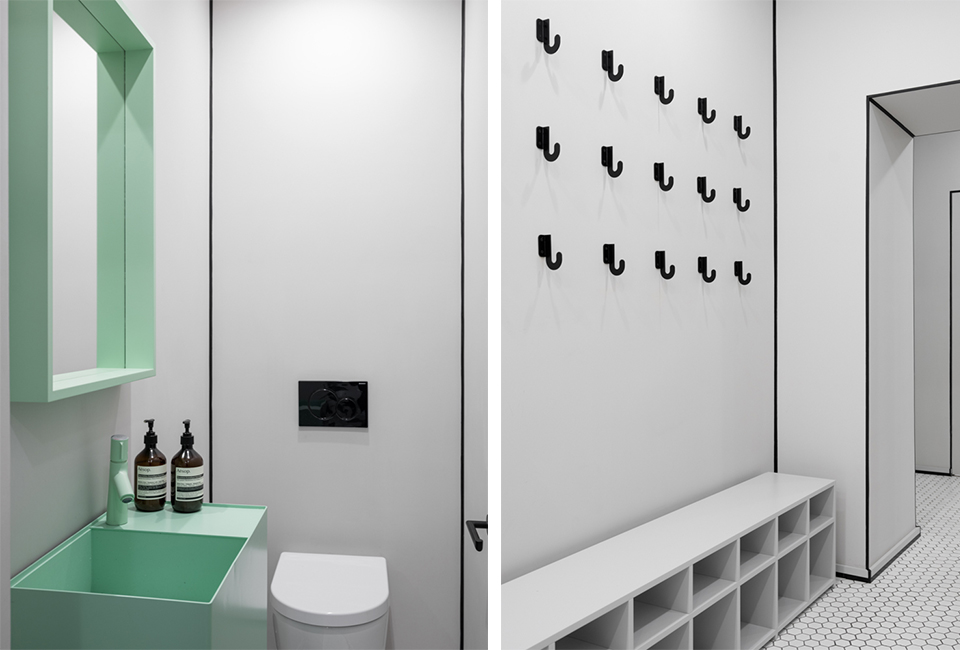