Jul 28 2014 —
Tags
PhotostoryHUB CREATICTETRARC
﻿TETRARC have designed HUB CREATIC, a building located in Nantes, France, that is dedicated to young companies developing new digital applications. Behind its lively yellow walls, the building assembles seventy start-ups businesses. It has affirmed their presence in the town and offers them a scalable work space at a reduced rent where they can finalise their creations, live out the first moments of their existence and recognise their early development. It gathers them around a vast swirling atrium, a spatial design favourable to communication and the synergy of projects, Here architecture and innovation work in harmony.
The architecture reflects the particular purpose of the building and showcases an industry of excellence in Nantes comprising 700 companies and representing 18,000 jobs in the city of Nantes alone, that of new information and communication technologies.
The Hub Creatic has been built at the heart La Chantrerie, a campus comprising private and public higher education establishments such as the Ecole Nationale Superieure des Mines, Ecole Superieure du Bois, Ecole de Design Nantes Atlantique et Polytech and the Ecole d’Ingenieurs de l’Universite de Nantes. The new building is marketed as a communicating urban office building. Its architecture transmits the image of a hive of activity thanks to the honeycomb shaped windows and its honey colour which makes you think of the positive connotation of a hive and its intense and highly productive activity.
To impose this vivid image of buildings on the volumes and the disparate aesthetics created by different agencies since the 1990’s, TETRARC has taken advantage of the project’s location. The building takes ownership of the site’s open position on the Brittany road link. Its windows and main entrance look onto the virtual boulevard designed by Christian de Portzamparc so that Nantes town centre, represented by the tall figure of the Tour de Bretagne, is symbolically linked to its academic, cultural and tertiary peripheral extensions.
﻿﻿
The agency has built an attractive landmark for its four hundred users each day, for its seventy start-up clients and the participants of the events and meetings that they organise.﻿ 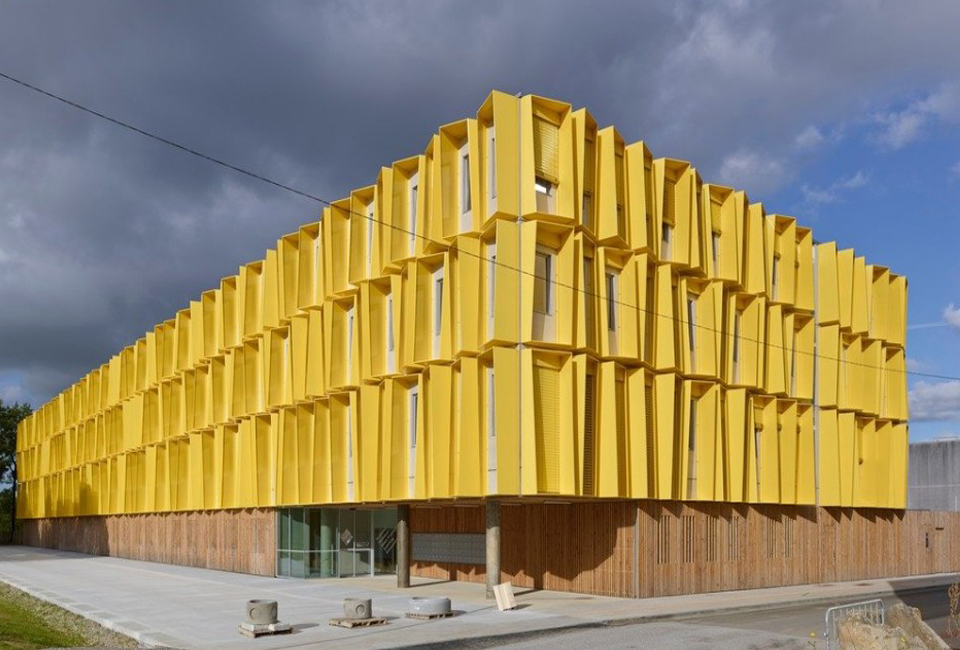 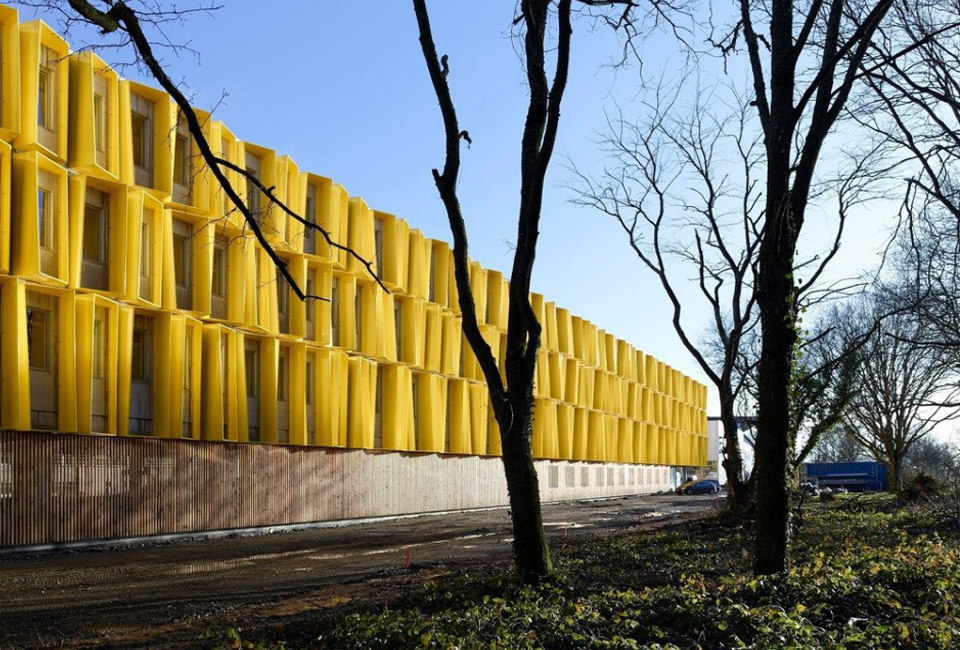 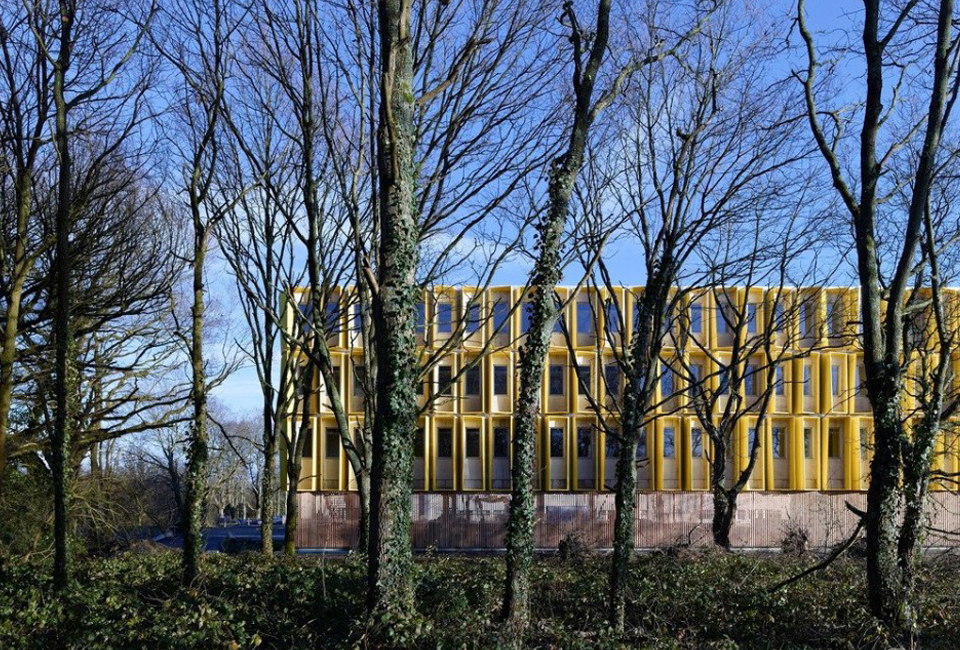 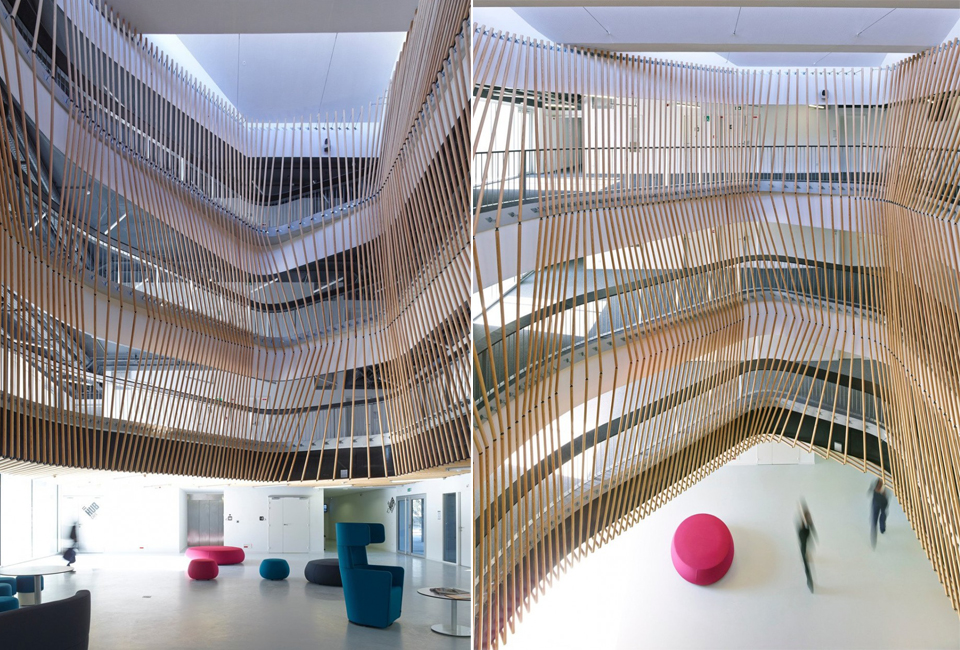 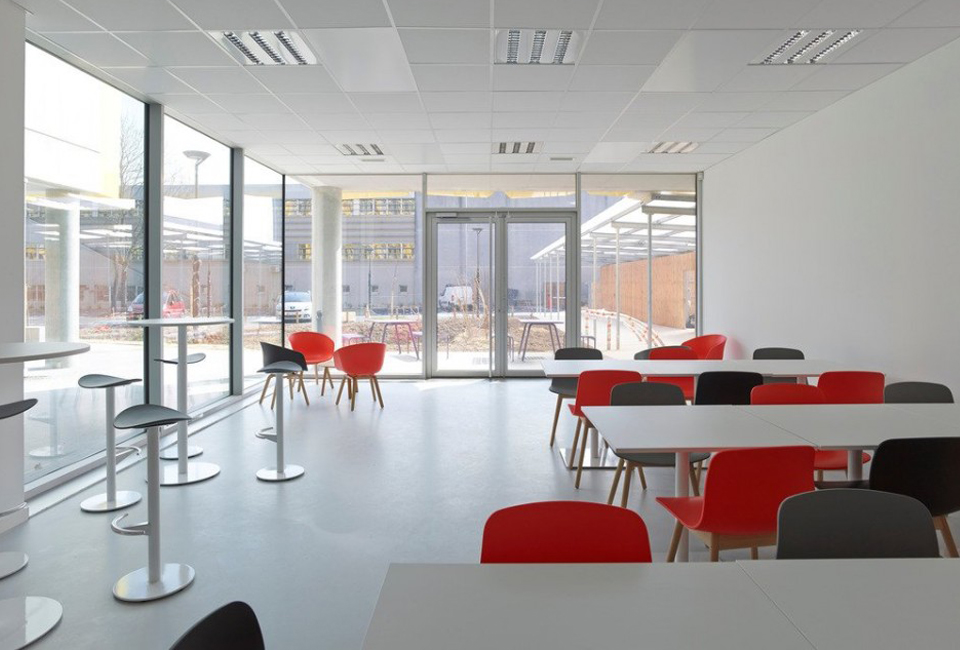 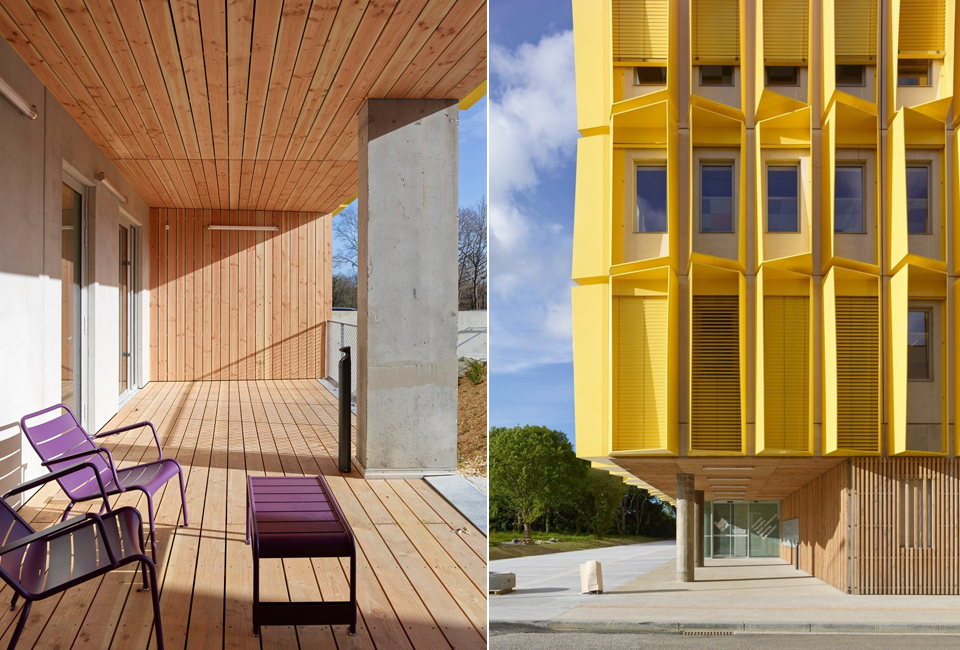 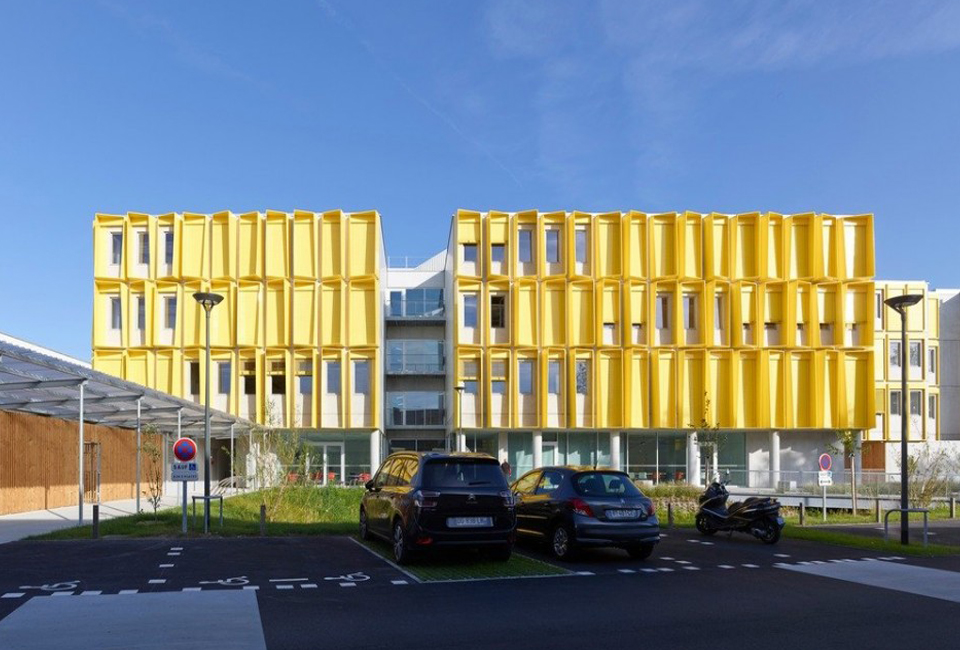 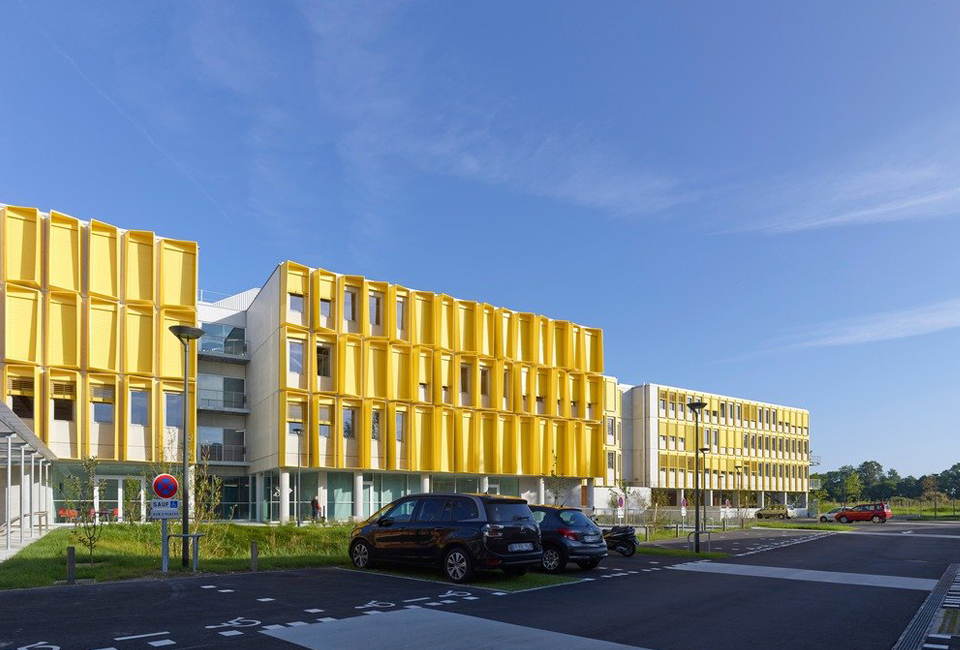 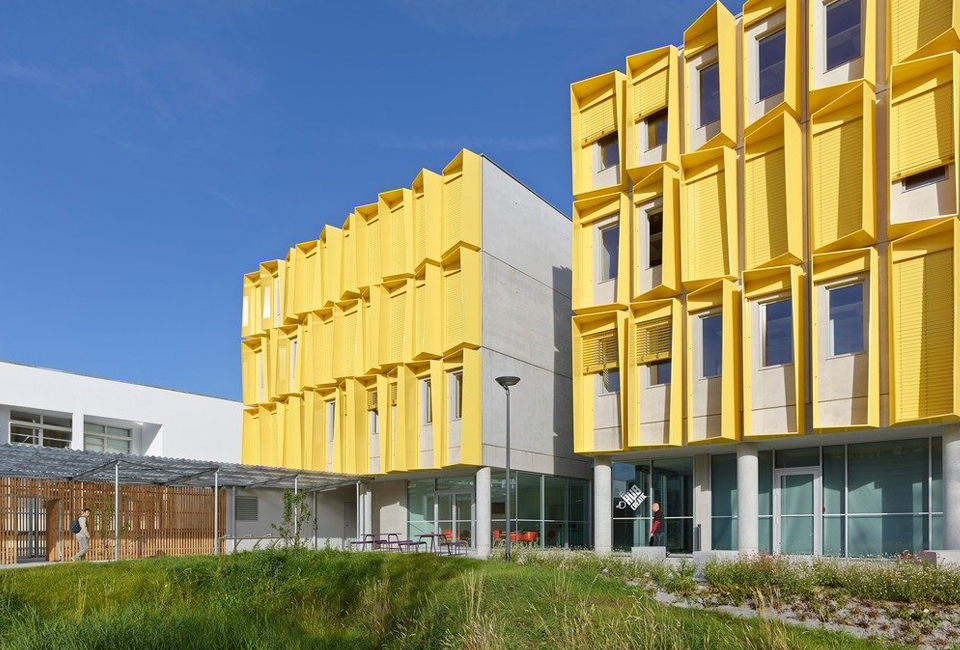 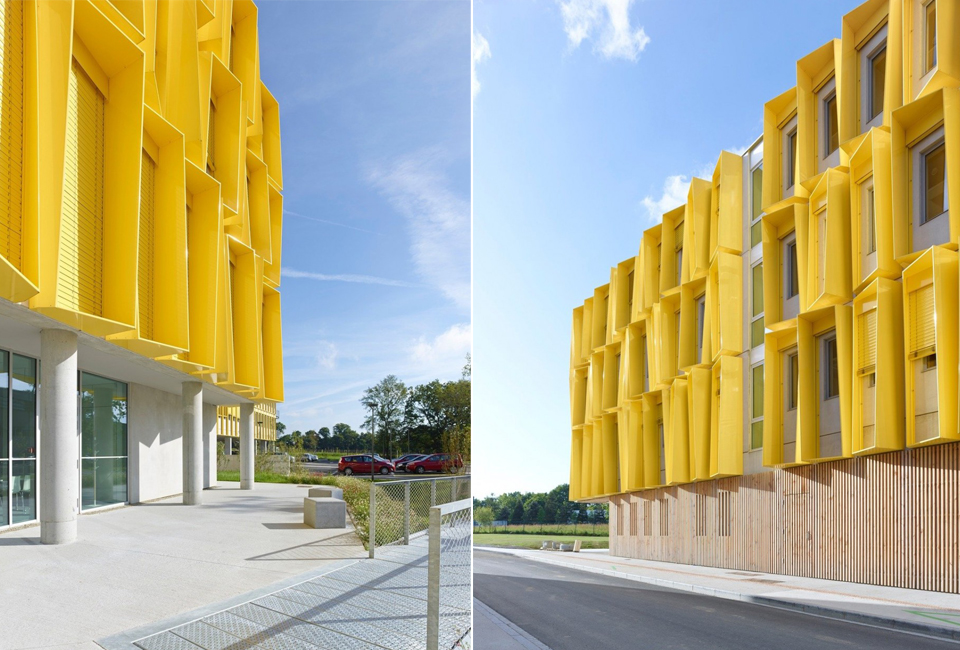 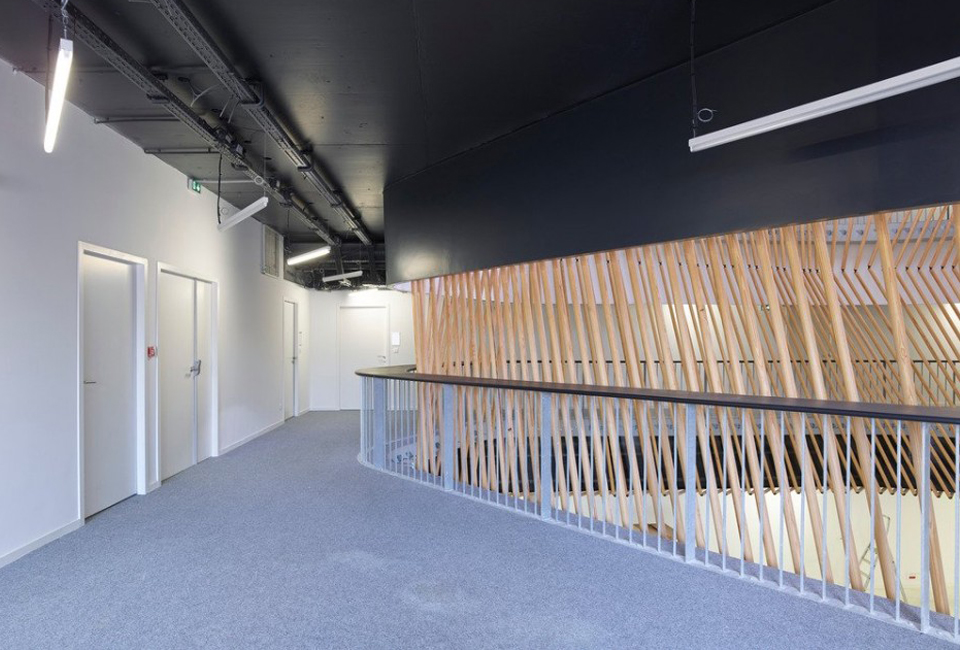