The 370 square meters residence by Anastasia Architects distributed in two levels is situated in a manly residential neighborhood in the city of Belo Horizonte – Brazil – on a 450 square meters flat site. The architectural approach seeks to privilege the maximum integration of external and internal areas, mixing up their boundaries, and, then amplifying the feeling of wideness.

Due to the reduced size of the site, residual and crossing spaces were practically left out (for example, there is no entrance hall, in behalf of a visual permeability with the entrance garden, achieved through large pivotal doors in the facade).

The floor plan is rectangular and compact, stretching till the site’s sidelines. The rooms are illuminated by large doors front and back facades and also by matted glass locking (u-glass that acts as a good thermal insulation due to the existence of an air layer between the glass sheets) between the lagged cover labs. A glass cover over a concrete pergola complements the illumination through an indoor garden. Therefore, the house is flooded by zenithal and indirect natural light that besides avoiding artificial lighting during the day, also avoids excessive heat from direct sunlight. The prevailing wind comes from the street, thus the entering doors work as regulators of wind speed. Totally opened in the summer, praise cross ventilation, or closed in the winter, or even semi opened if little ventilation is desired.

The residence was established in the street level, one meter above natural ground, in order to avoid unevenness and improve accessibility of the social areas. And, it also let the house more protected from the soil moisture. It is important to remind that one of the reasons for the implantation of compact field, reducing its footprint, was to increase the permeability of the ground, something really needed in our cities.

Solar collectors (that meet the house and the pool) occupy the most of the cover slab which prevented the use of this area initially contemplated. Due to the large spans desired, supported by few points of foundation, and also to the large porch swing, the upper walls are concrete beams built by ripped forms of wood left apparent. Its aesthetics comes from a structural option, hence follows that it is not decorative. This structural gymnastics was important, as the support pillars on the porch would be contrary to the intention of integration between interior/exterior desired. The result was a lightweighted residence (despite its aesthetics of exposed concrete), lighted and ventiladed, with pleasant and proportional spaces that puts into to practice the initial desire to the best possible use of external area. 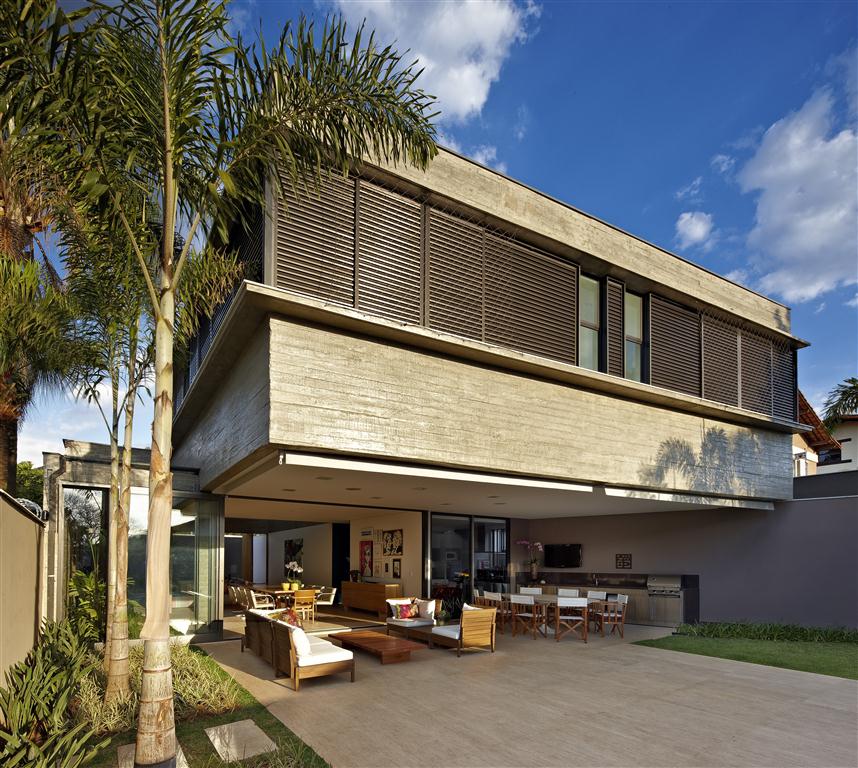 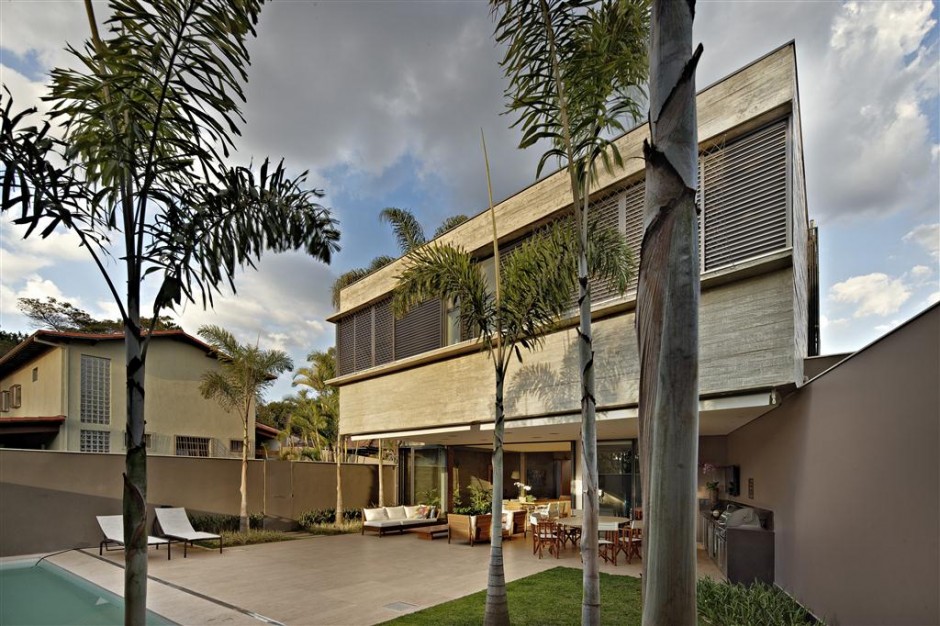 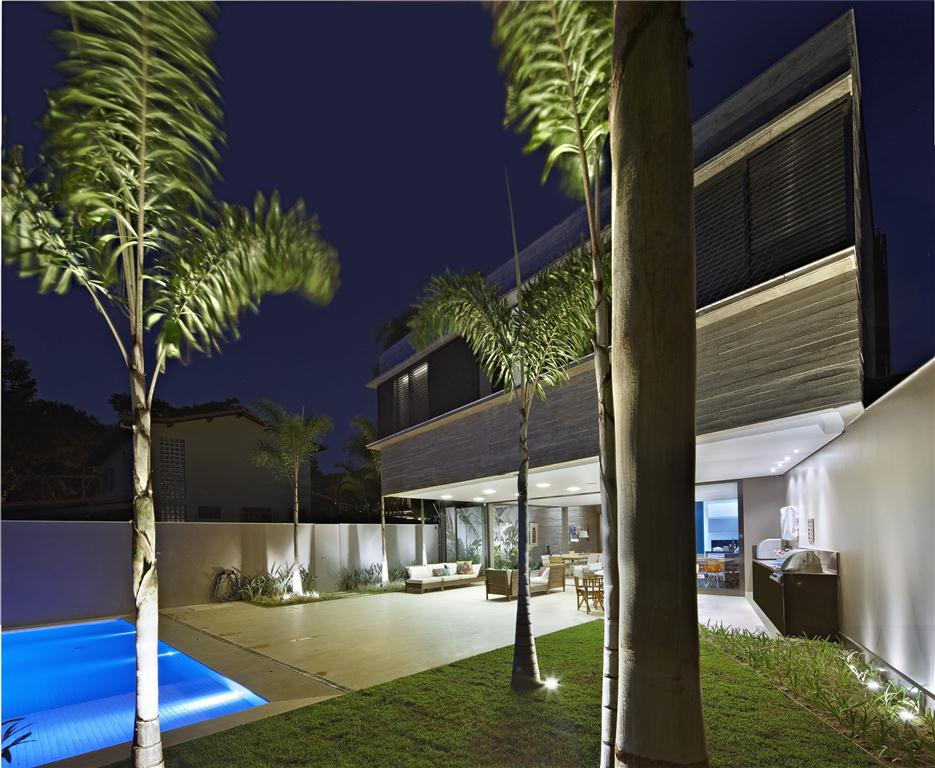 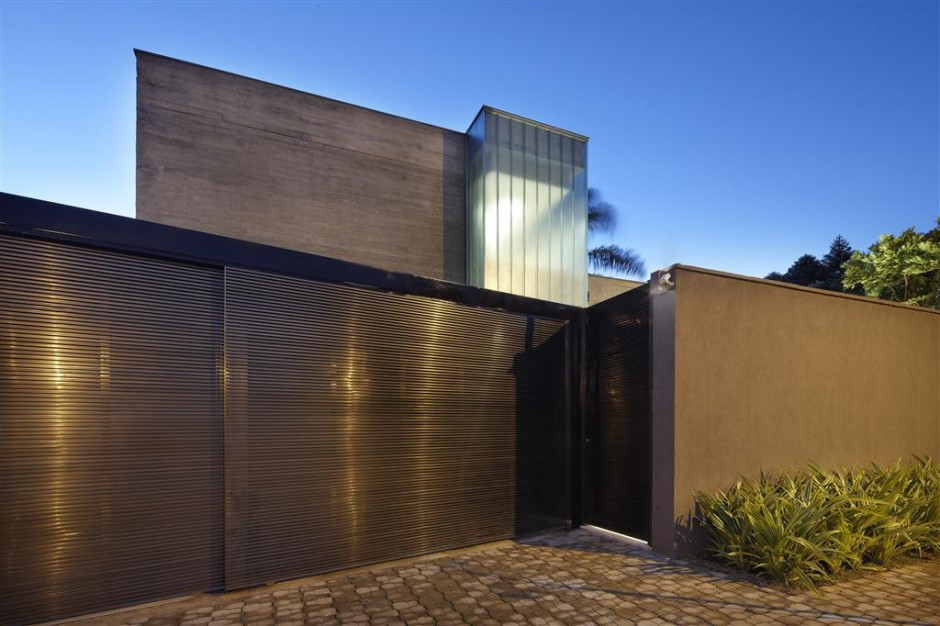 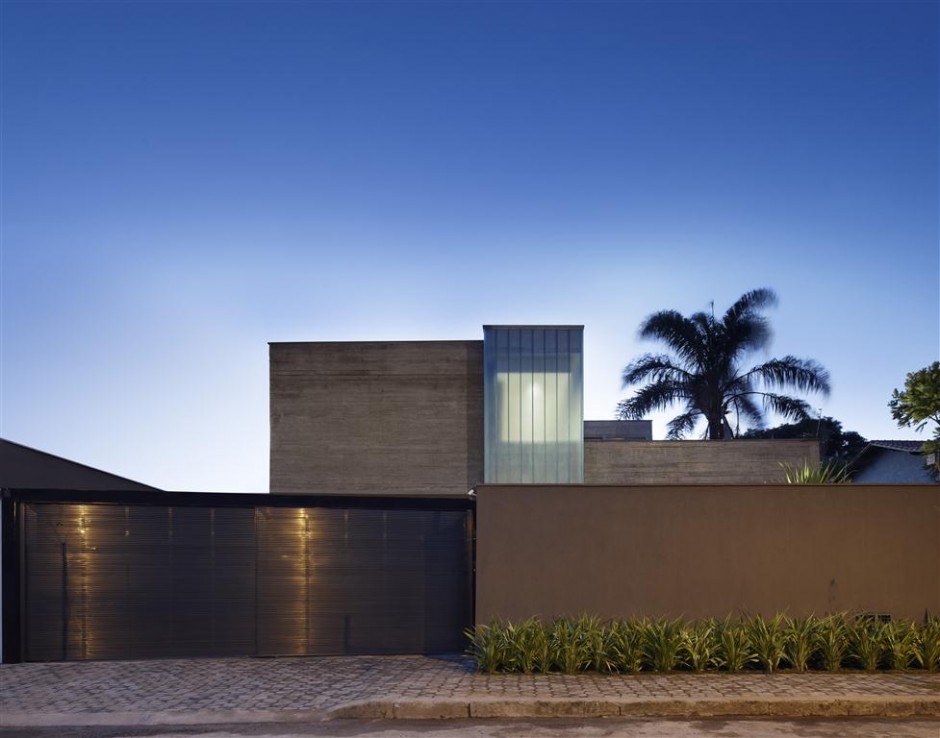 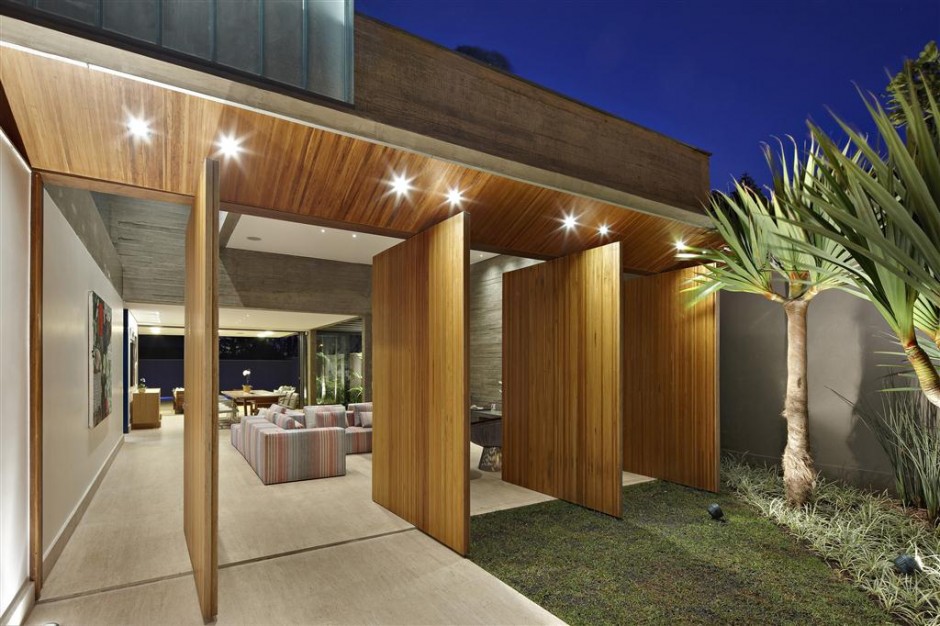 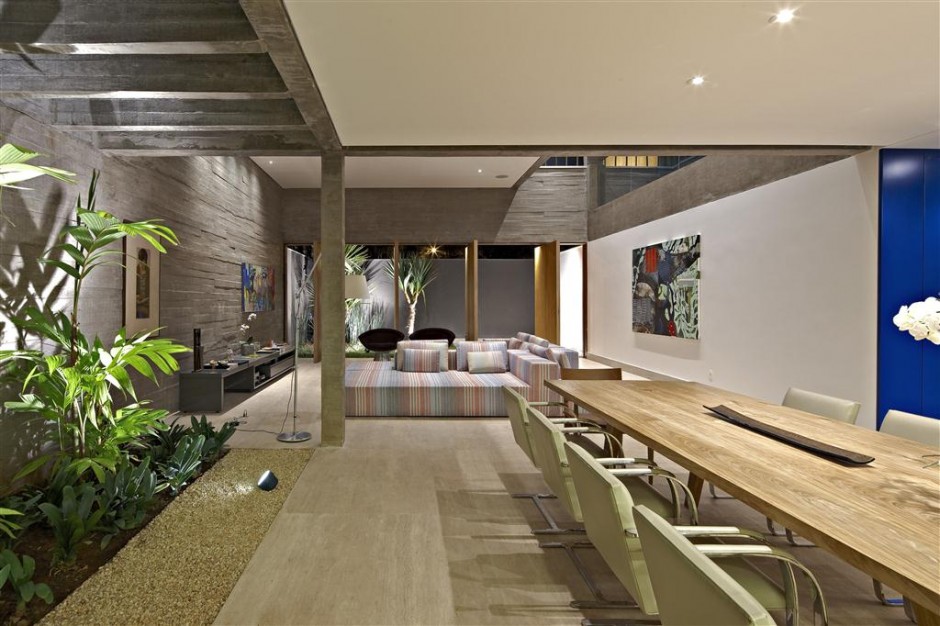 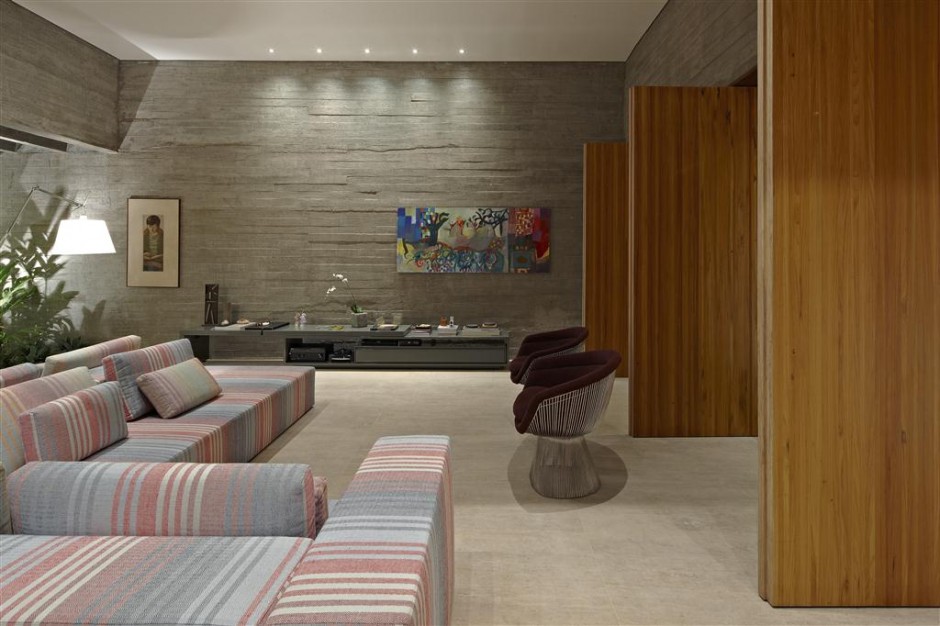 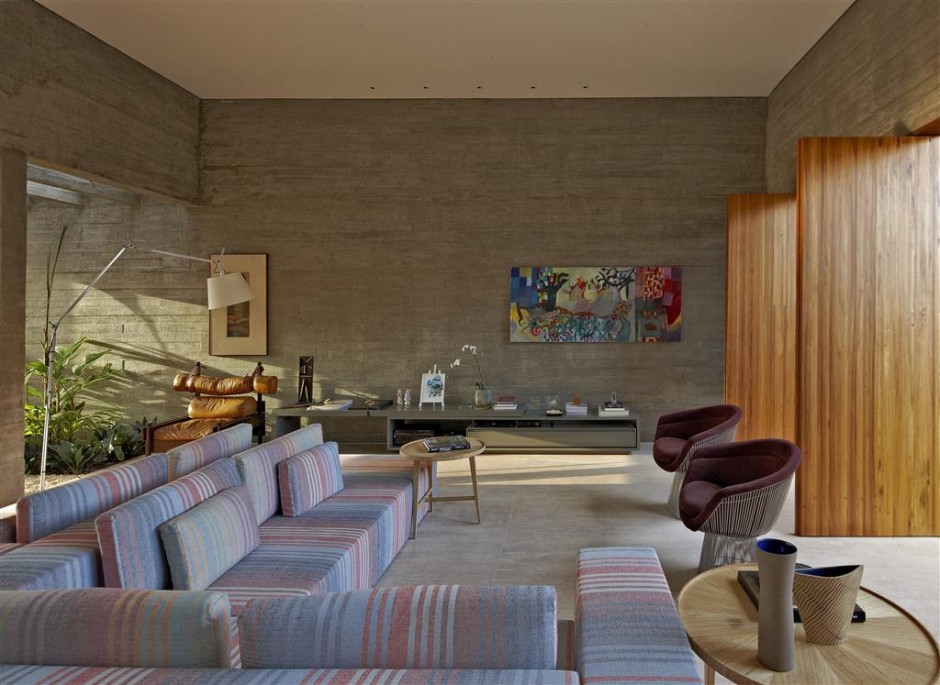 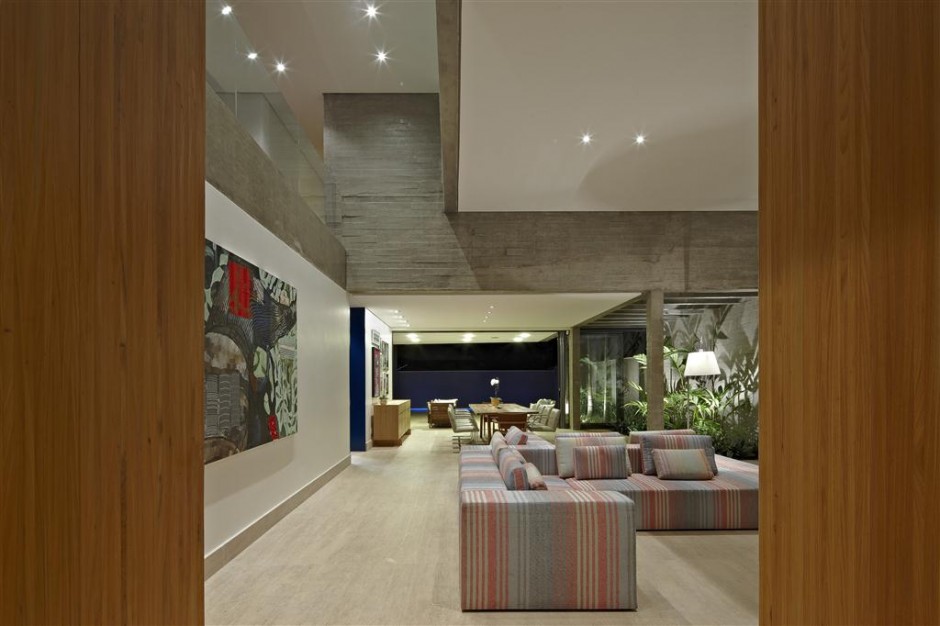 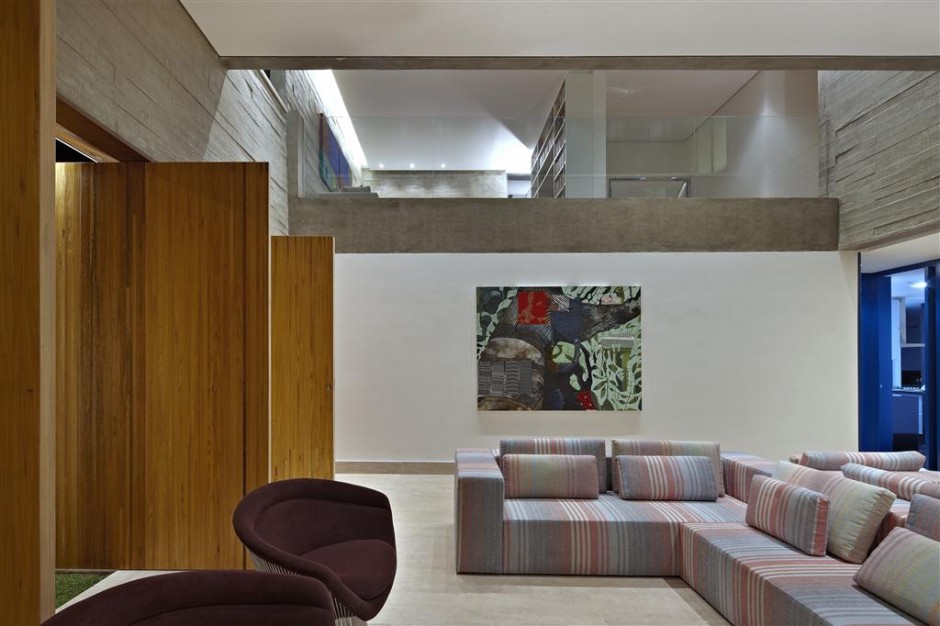 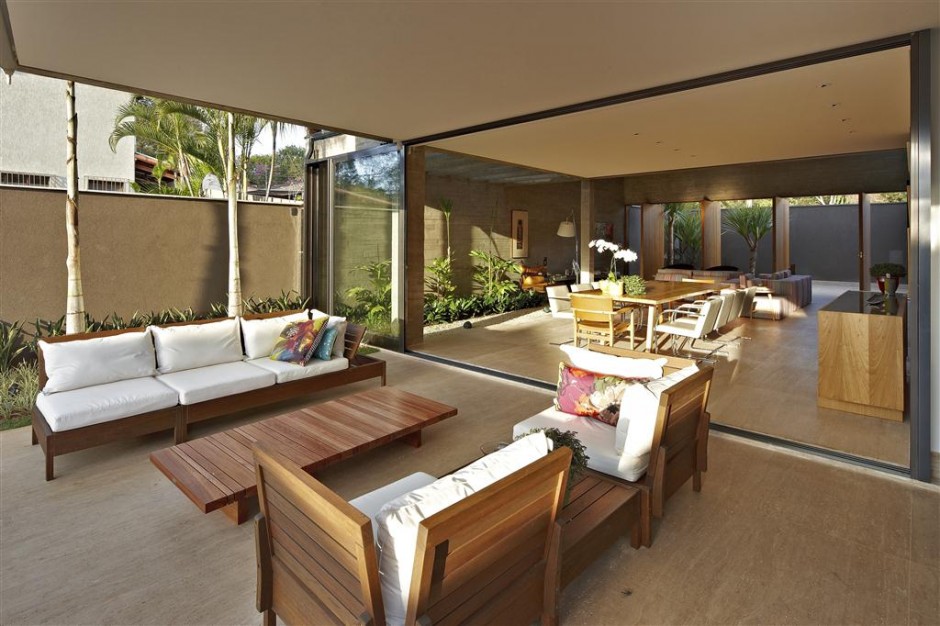 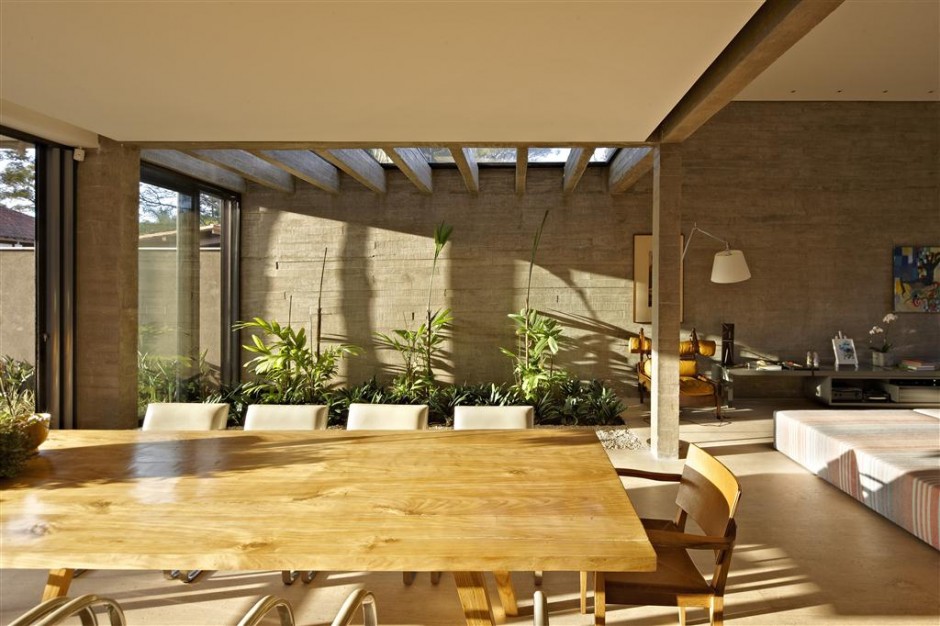 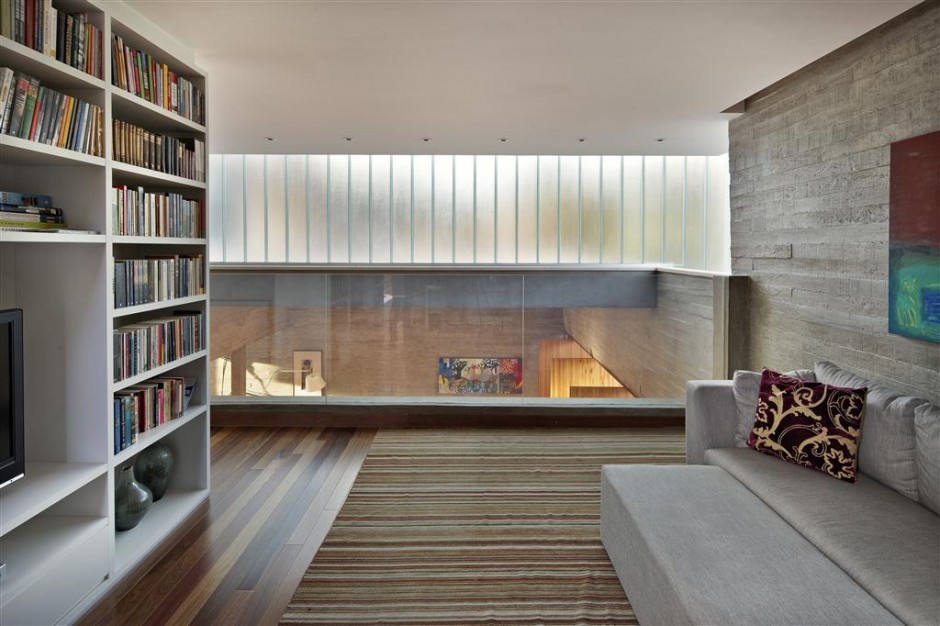 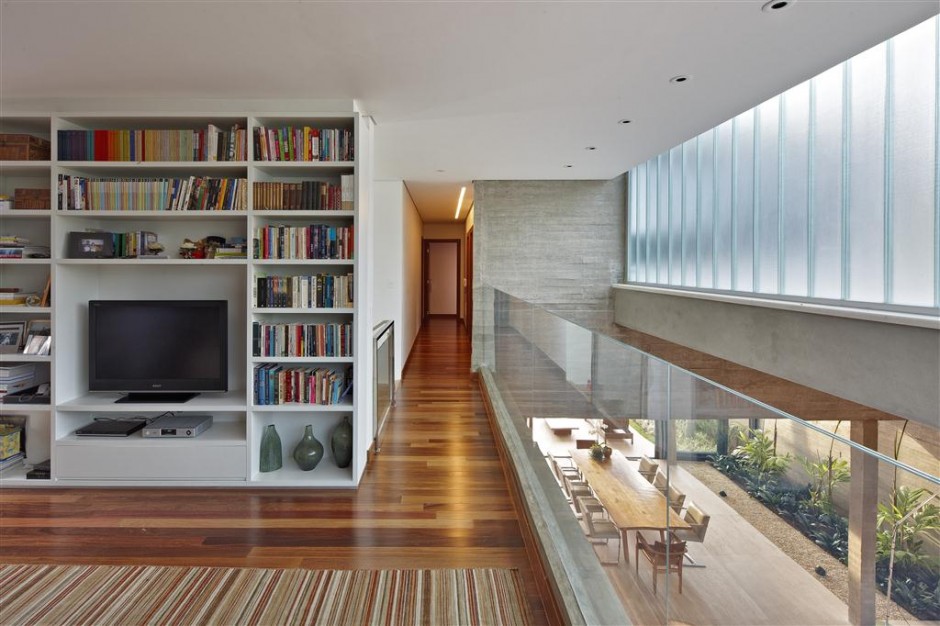