São Paulo based Galeria Millan has been selected to participate in the #SoloProjects section of ARCOmadrid with a series of new works by Lenora de Barros. For her latest series of unique works - ping-poems: regarding forms - to be presented for the first time at ARCOmadrid, Brazilian artist Lenora de Barros tackles the theme of ‘the legacy of Latin-American avant gardes’, approaching it with warmth and humour. Lenora de Barros was invited to participate in #SoloProjects by Kiki Mazzucchelli, one of the curators of the section, directed by Irene Hofmann and Lucía Sanromán. !

ping-poems: regarding forms are a continuation of a creative journey that de Barros has been following since 1990 when she first exhibited ‘ping-poems’ in Milan. The next year she was invited to participate in an exhibition honoring the memory of Boris Schnaiderman (b. 1917), a Russian-born intellectual who moved to São Paulo at a young age. Working together with the avantgarde groups linked to constructivism such as the Concretist poets, Schnaiderman worked on the Portuguese translations of the main representatives of modern poetry from Russia, including poets such as Khlebnikov and Mayakovsky. Lenora de Barros created an installation constructed from elements of ping-pong games, such as iron hooks and screws, which referred to the industrial mechanical-universe of the early 20th century and also suited the references of Russian Suprematism which had influenced the international avant-garde movement. !

Poetry is a Thing of Naught printed on them. She further explored these ideas in 2002 at Galeria Millan, in a larger, new body of work where the constructivist tradition intertwined itself in a highly poetic way with the more contemporary pop and conceptual styles. !

All works presented in Madrid are unique and produced in 2014, with the exception of Table for Ping-Poem, which was exhibited at Galeria Millan in 2002. The piece is a table, originally mounted to allow visitors to play ‘ping-poem’ matches. Now de Barros displays it hanging from the wall with bent and embedded feet. 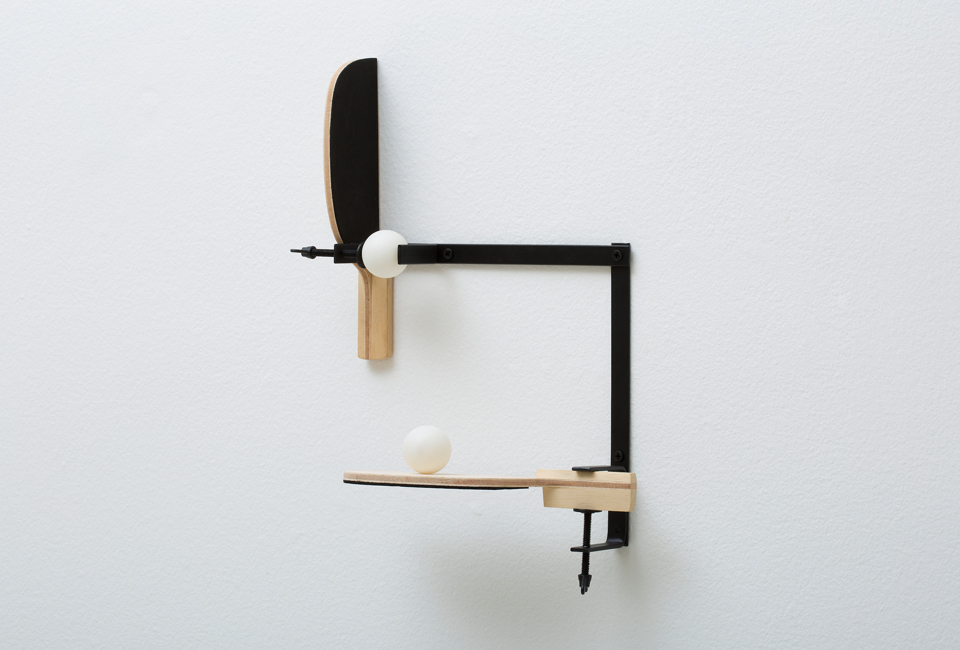 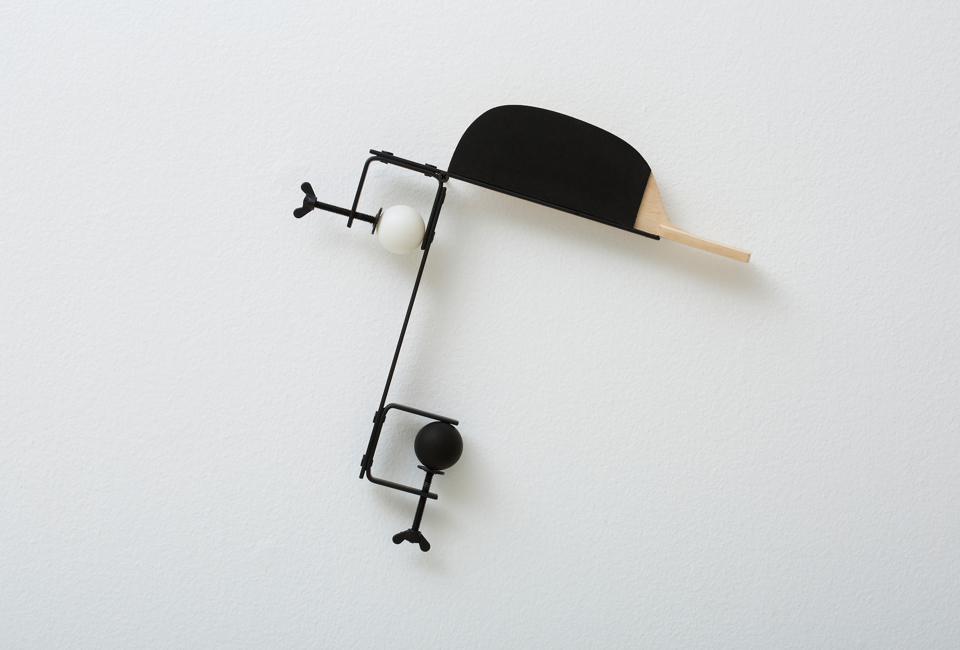 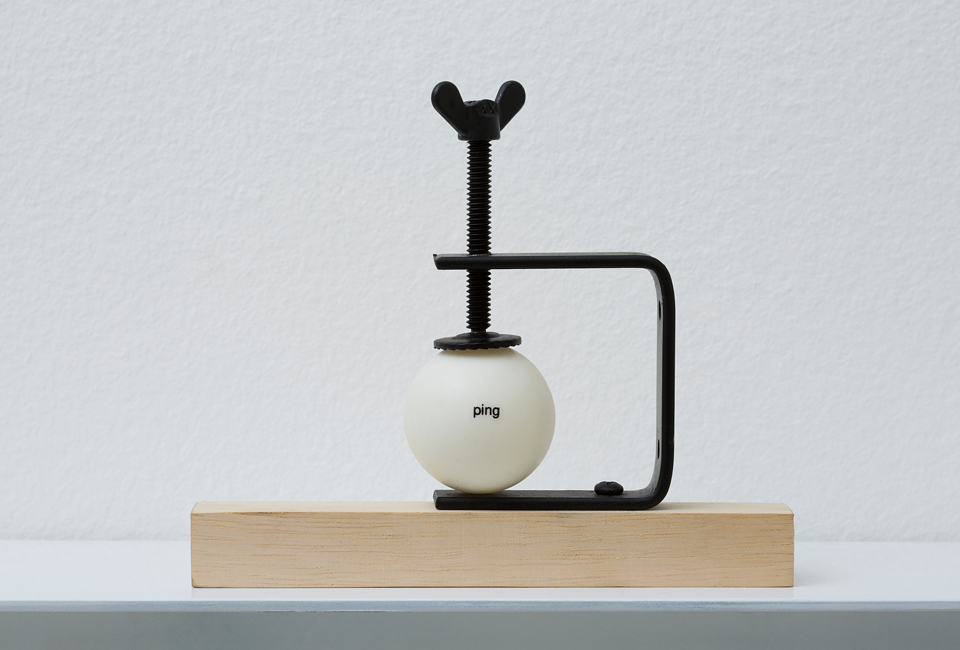 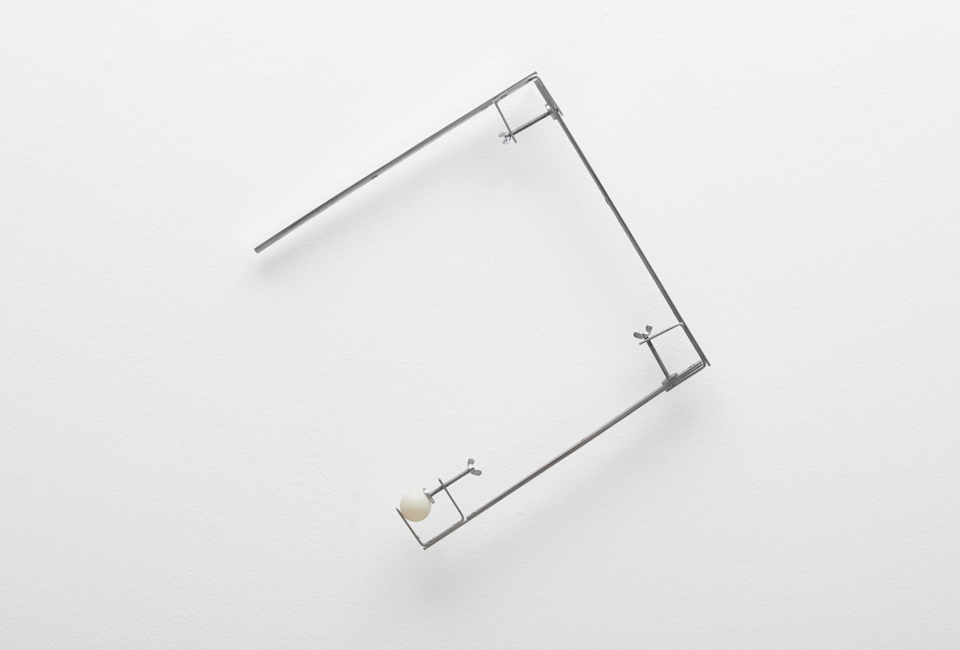 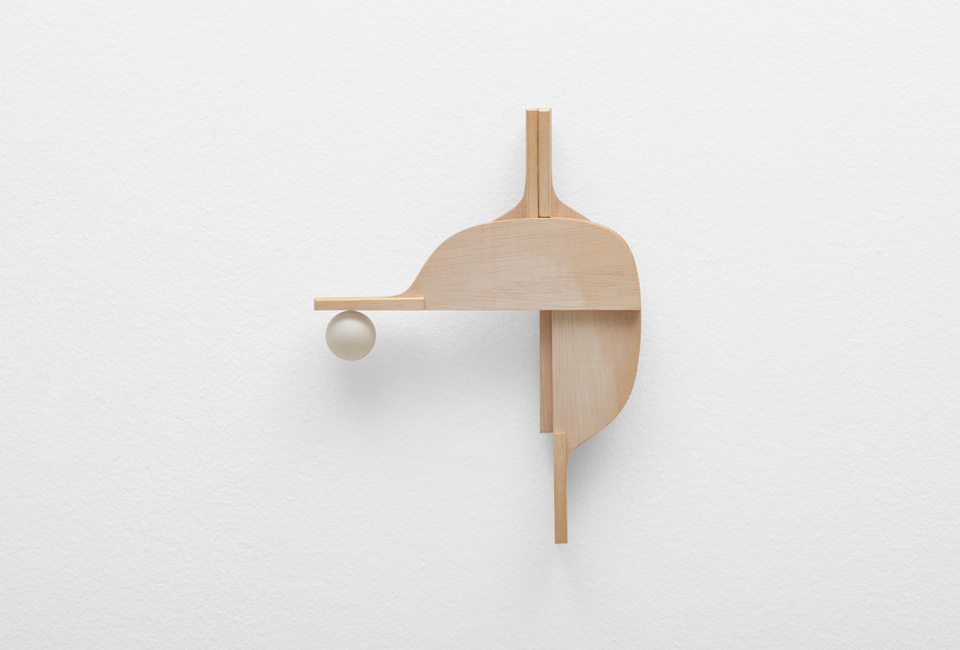 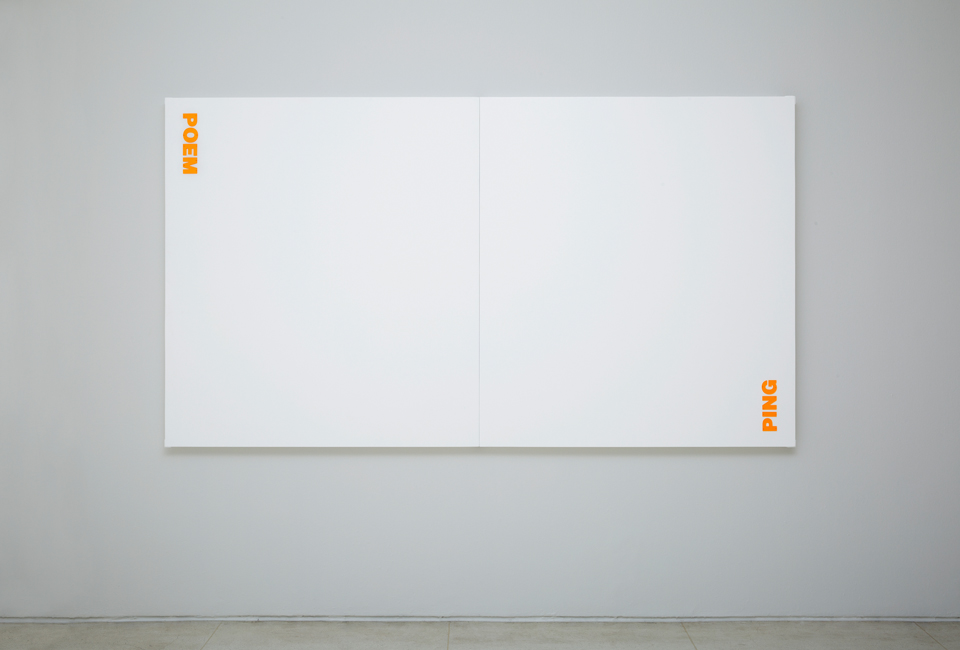 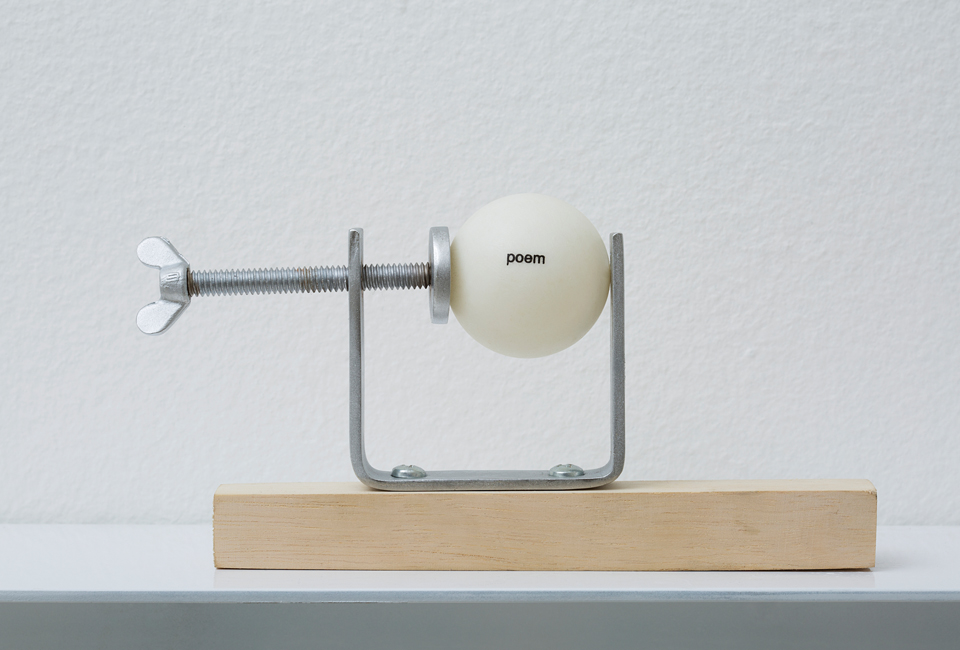 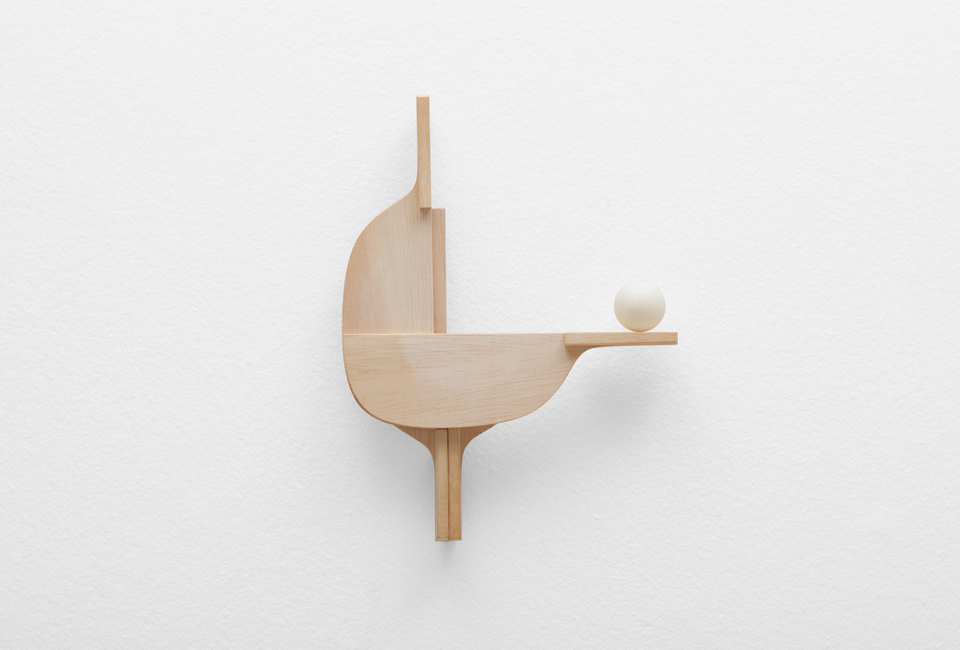 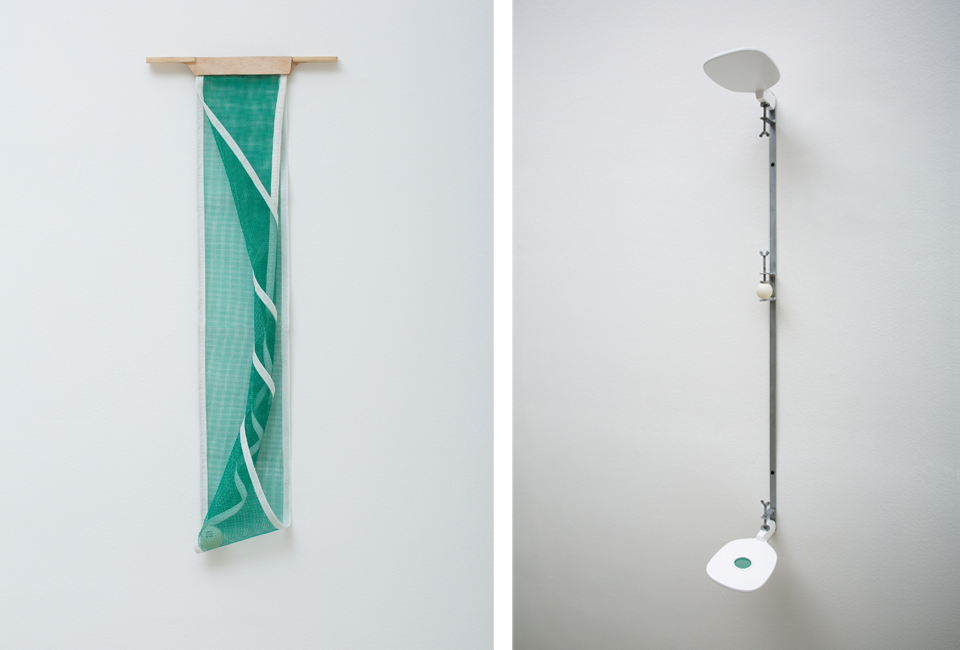