Urban growth in Teheran has led to a change in the identity of certain areas of the city, including the North East region where Danial apartment designed by Reza Sayadian & Sara Kalantary is located. In the past it was a place with parks and trees where the city dwellers had their summer homes but now it is just another suburb of this sprawling city.

The 7 storey building contains 5 full floor residential apartments with parking and the entrance on the ground floor and an indoor pool, sauna and jacuzzi in the basement. In homage to the long lost trees, the architects have designed an exterior facade of 20 panels with semi- transparent angular shapes which resemble trees as an additional facade to the floor to ceiling windows. The panels are fully maneuverable and may be adjusted as needed to provide protection from the sun or as privacy for the interior. The ensuing changes of light and shade create a fascinating effect on the interior, constantly altering according to the time of day and weather conditions. The angular pattern has been repeated as a design feature on the walls and ceilings of the apartment and even on the mirrors in the entrance.

The structure exerts a powerful presence in the otherwise traditional neighborhood and stands not only as an example of contemporary design but also as an interactive art installation. 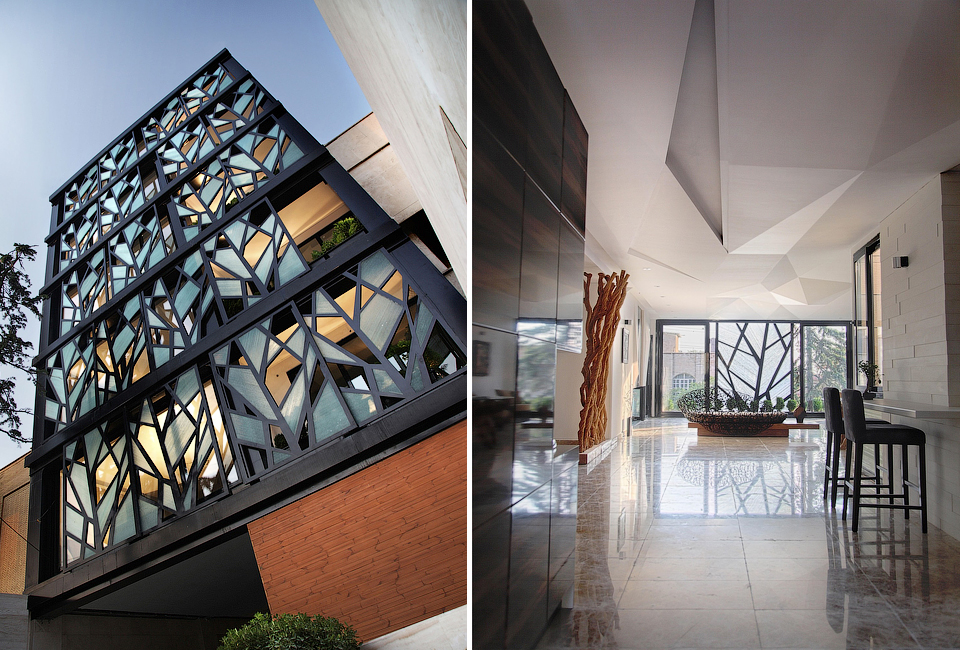 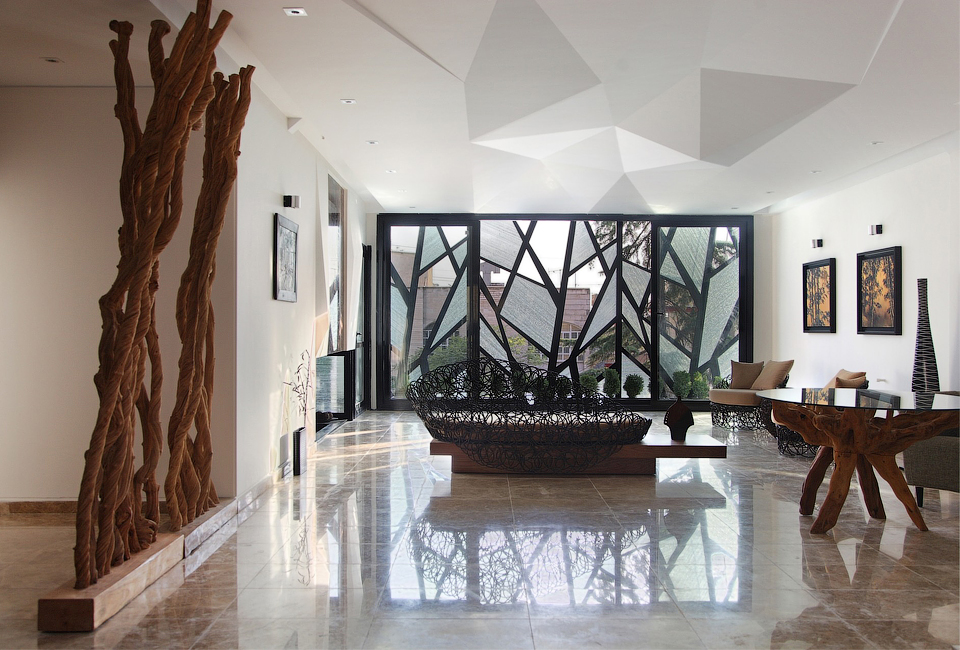 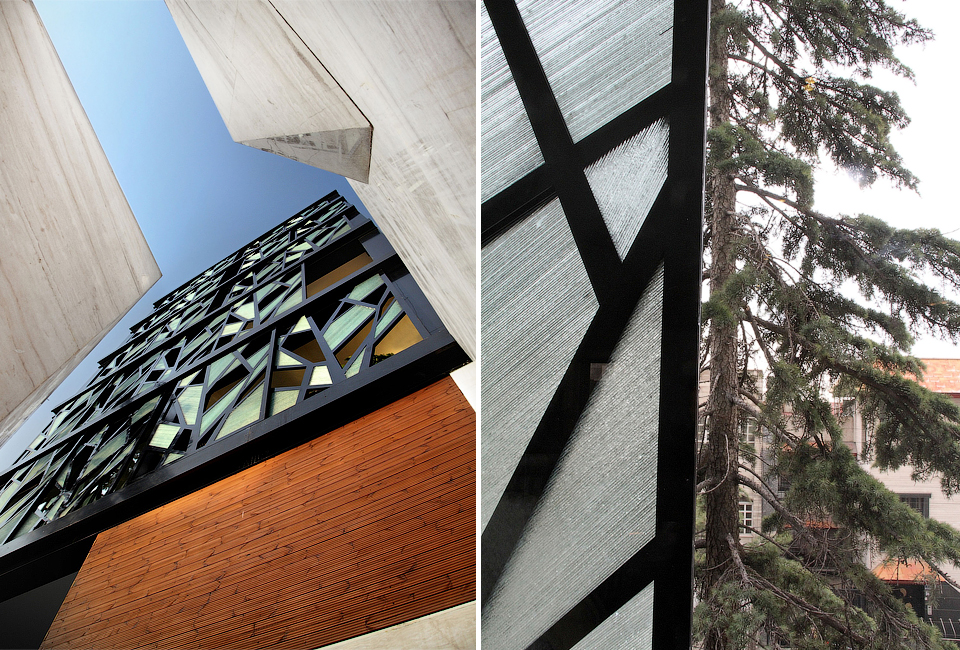 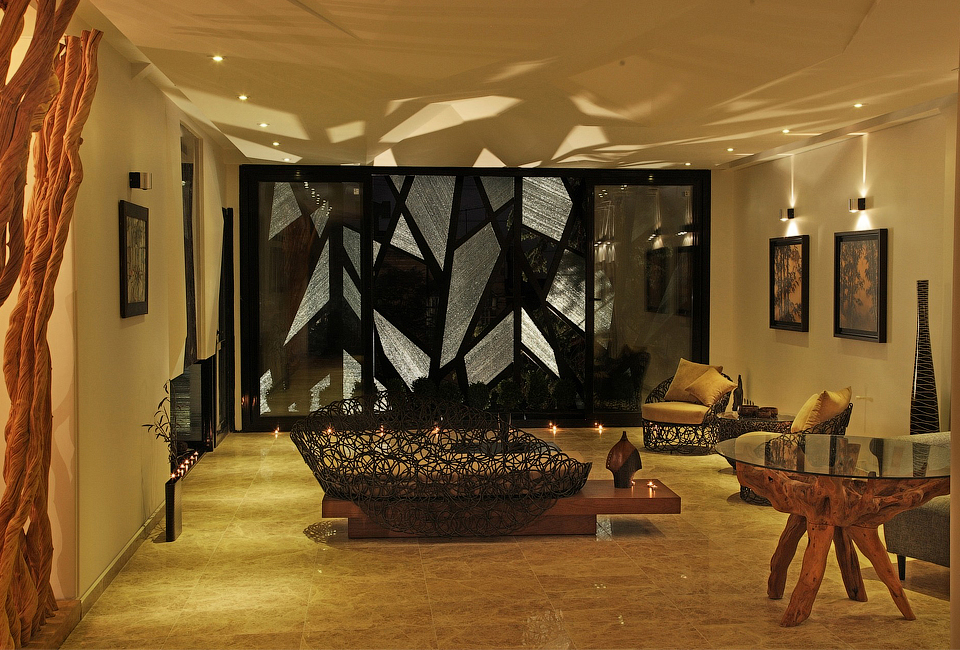 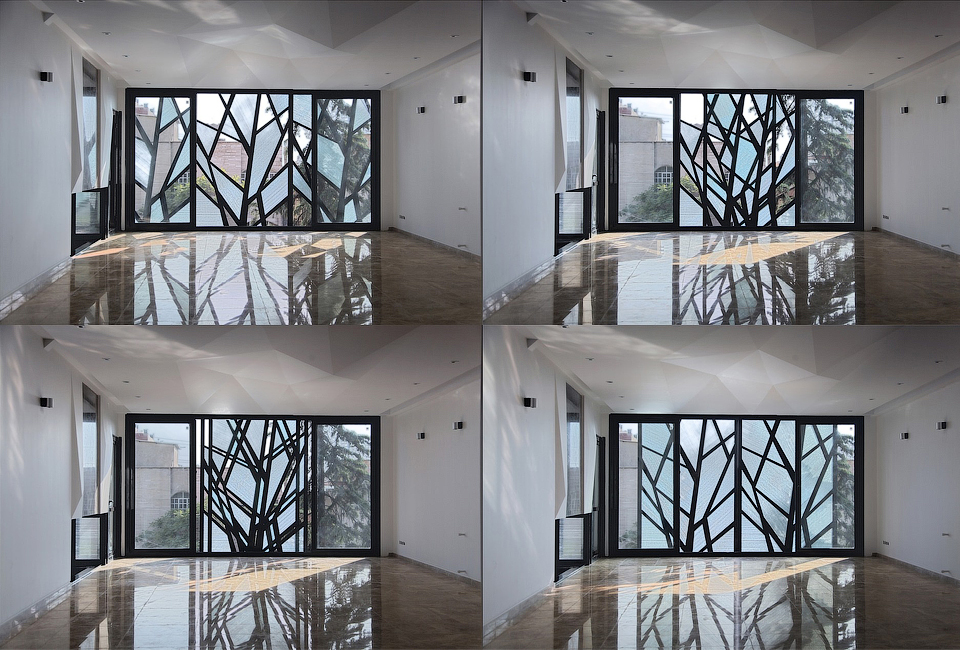 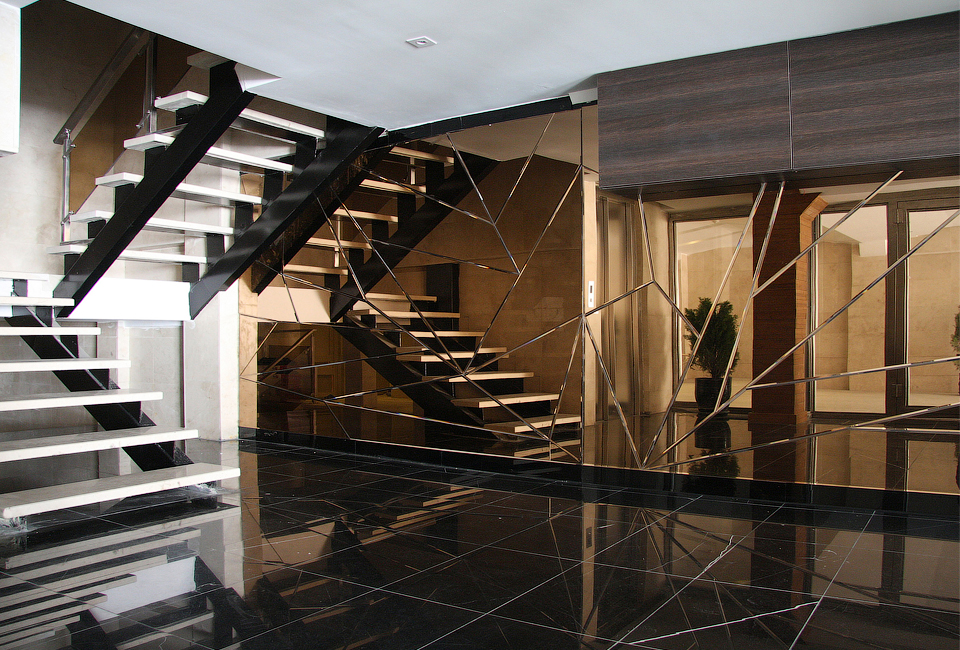 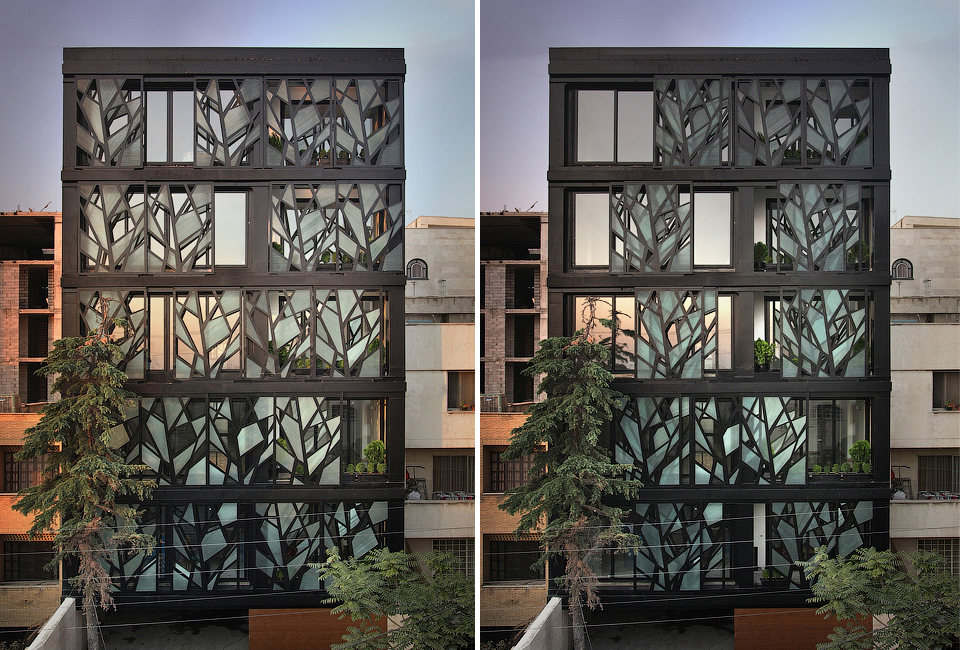 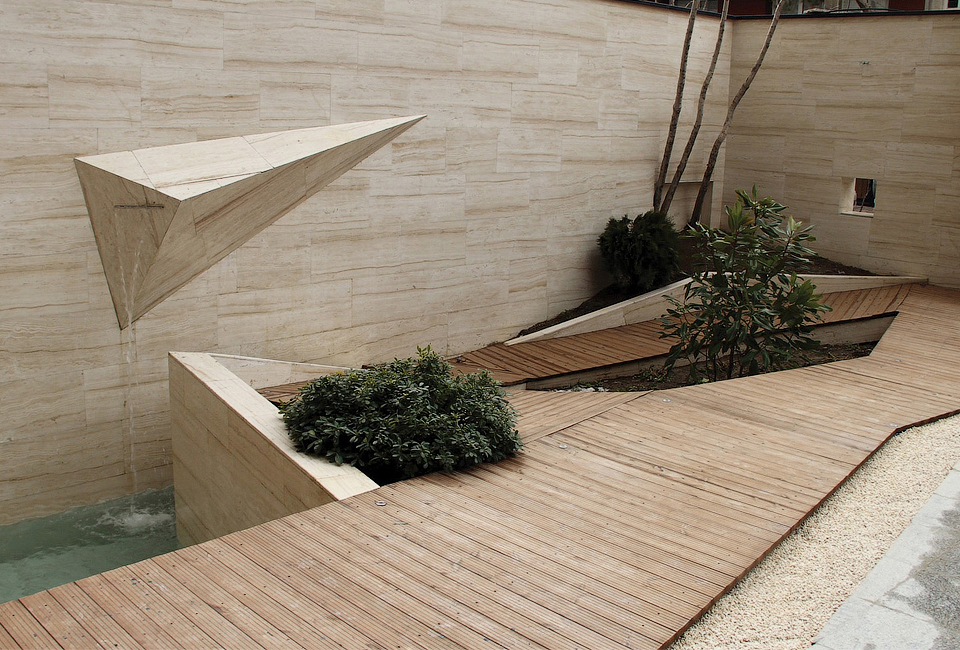