BMW has been showing off its vision for the future of mobility for a while now, revealing numerous concept vehicles that are both extremely futuristic and somewhat insane. The company’s newest reveal, called the BMW Motorrad Concept Link, is an all-electric two-wheeler that looks like it would be more at home in Akira than on today’s city streets.

The Concept Link, which BMW curiously refuses to label as either a motorcycle or a scooter, is sleek and angular, with bold orange accents and a decidedly aggressive stance — but that’s not what makes the vehicle unique. As its name implies, the Concept Link is all about connectivity with its rider, which it achieves by syncing with its rider’s calendar. Using this information, the bike can plan the route to the destination. Whether than means the quickest path or the most scenic is up to the rider.

In the name of simplicity, there’s no traditional instrument cluster on the bike whatsoever, and all vital information is projected directly onto the inside of the windshield, which acts as a heads-up display. A secondary screen below the handlebars relays additional information and includes “a large number of possible ways of interacting with the outside world and for communicating with other vehicles,” according to BMW.

BMW also revealed that the bike is designed to connect to the rider’s gear as well, with a touch sensitive jacket that is both protective and allows for hands-free control over vehicle features, such as opening and closing the storage compartment. 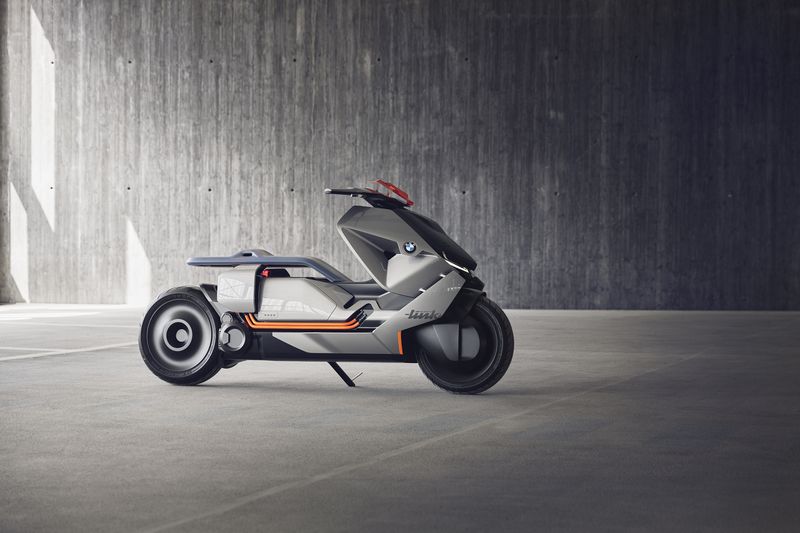 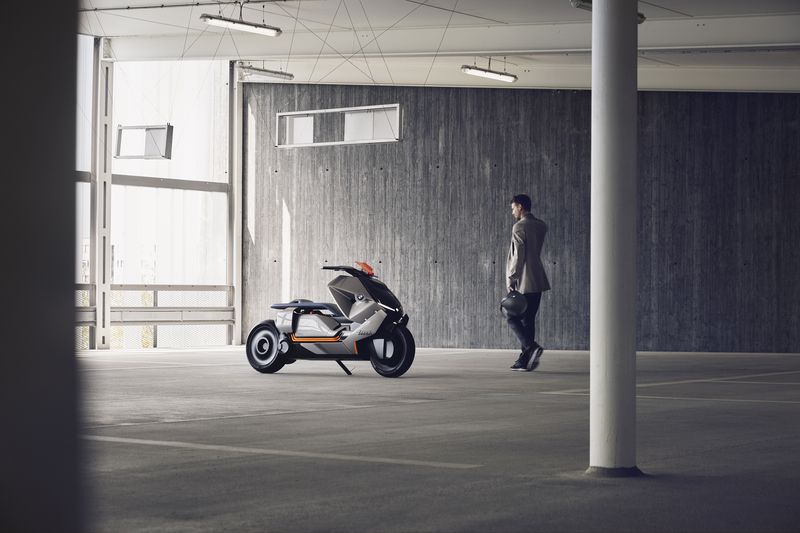 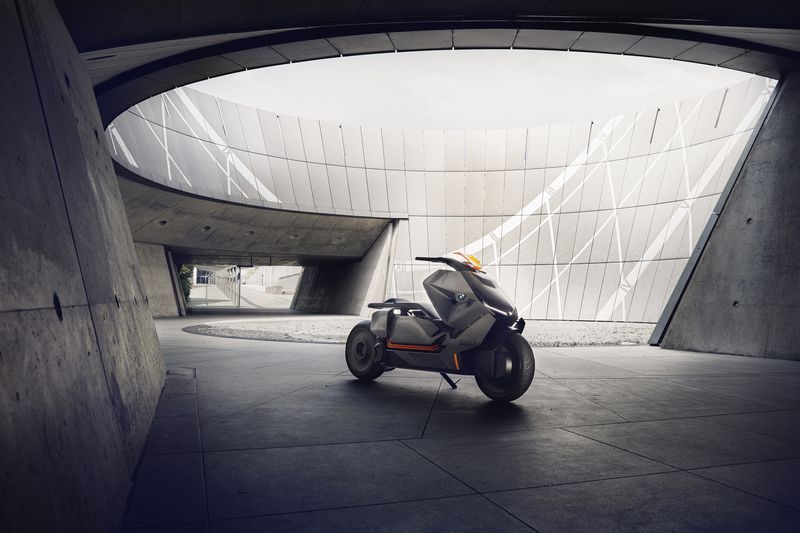 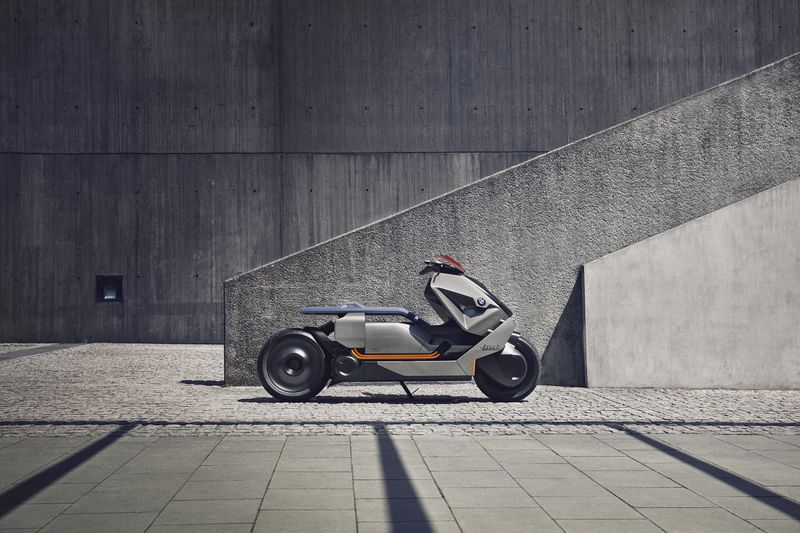 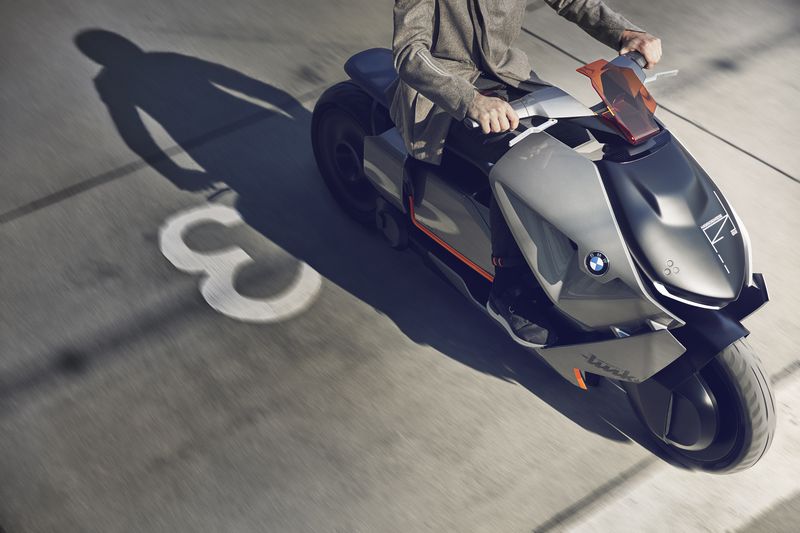 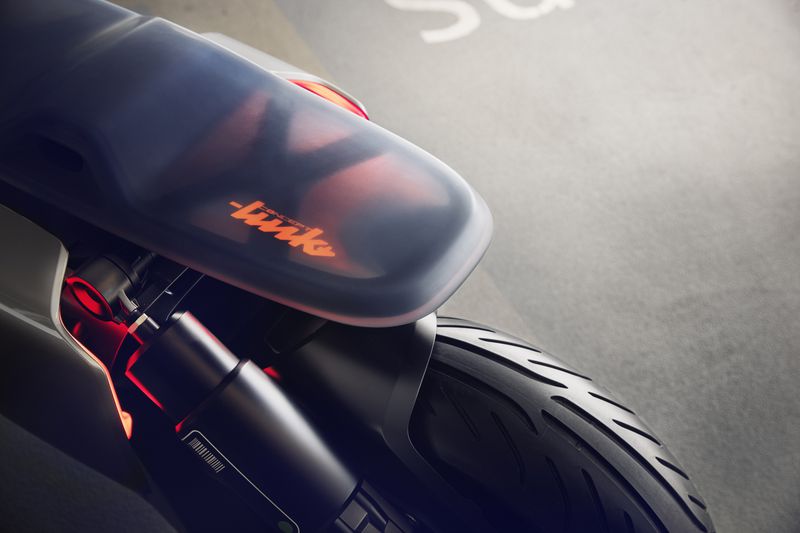 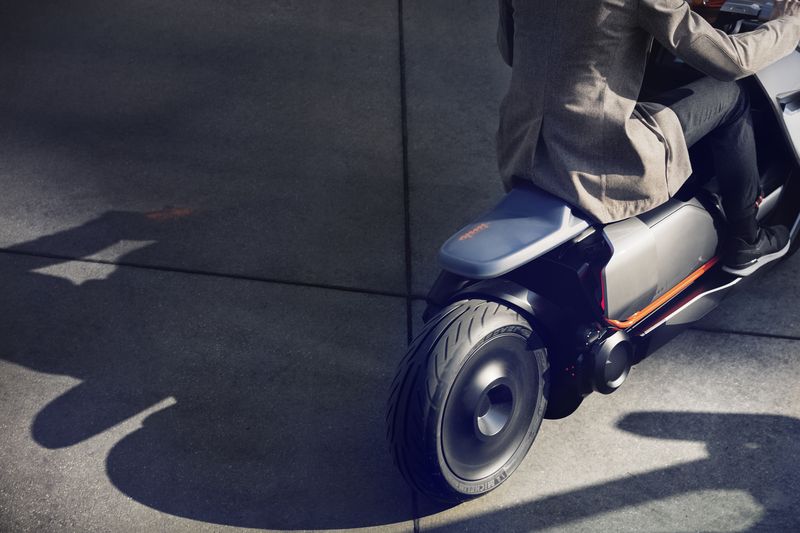 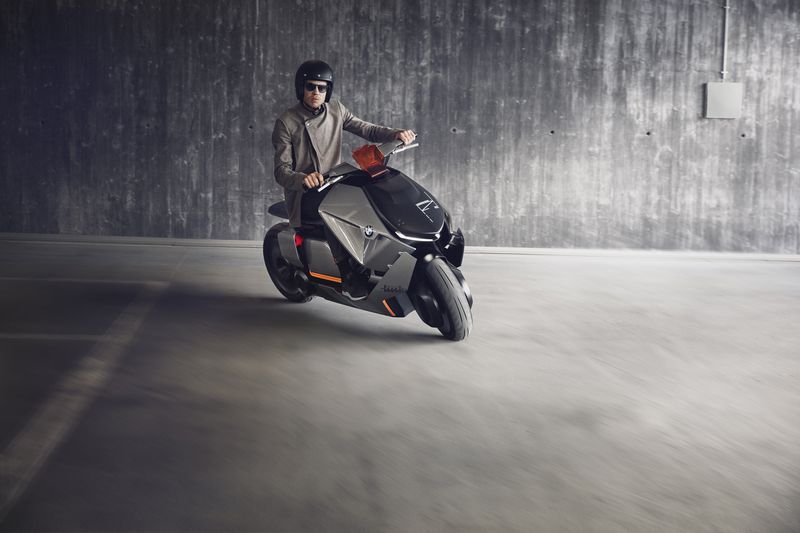 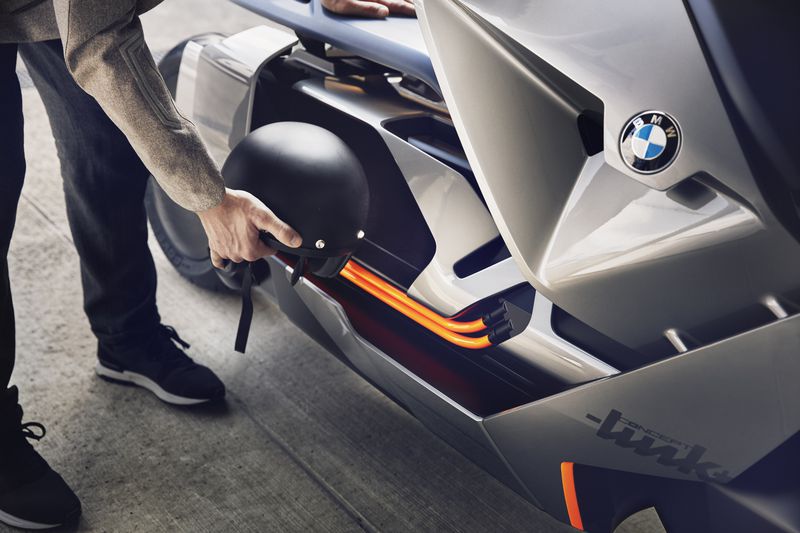 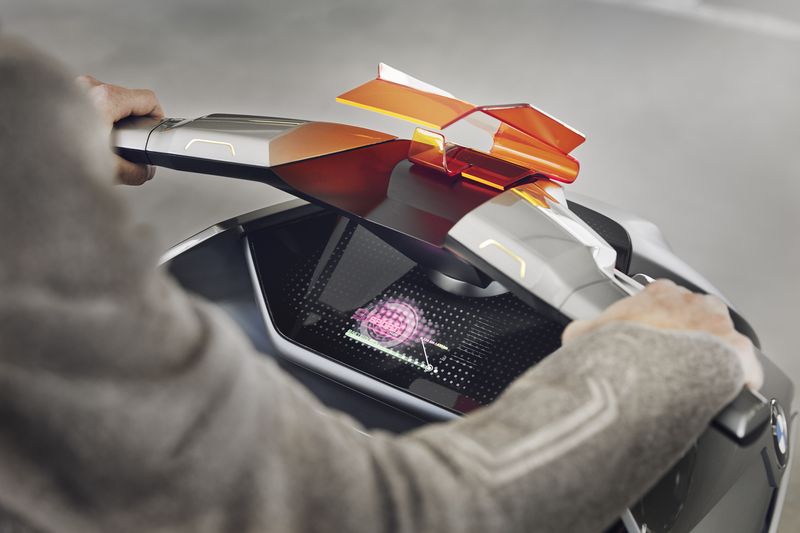