Apple’s UK flagship store on London’s Regent Street has re-opened after an extensive overhaul by Foster + Partners. The brand's inaugural European store, it's now the first on the continent to adopt Apple’s new retail format, unveiled in San Francisco in May this year. The new look will now be rolled out across all the brand's European flagships.

Apple is adamant that the new store designs will be less formulaic and more site-specific, especially when housed in historic buildings. Part of the mezzanine level of the Regent Street store has been removed to create a double height grand hall, bringing more natural light into the store and revealing the grand arches of the façade. It has also opened up enough space to introduce 12 Ficus alii trees. The mezzanine level is now accessed by twin staircases, with handrails hand-carved into the store’s stone walls. The store will also feature what Apple says is the longest luminous ceiling panel in the world.

The Union Square design put more emphasis on the Apple store as public space and what Foster + Partners calls 'civic generosity'. Regent Street includes many of the same innovations including an area tagged the Forum, anchored by a large video wall, which offers talks and classes on photography, music and art, while the Boardroom offers advice from app developers and entrepreneurs to budding startups.

The Regent Street store has served 60 million customers since it opened 12 years ago and helped spur a regeneration of what was a tired run of tourist-centric retail. Foster + Partners collaborated with Sir Jonathan Ive, Apple’s chief design officer, and Angela Ahrendts, VP of retail and online stores, on the new store concept. 'Like many great cities, London’s historic architecture has great significance to the community,' Ive says. 'On Regent Street we preserved the incredible exterior façade while opening up the interior of the store to enhance the transparency and flood the space with natural light. By choosing materials sympathetic to the historic nature of the building, we’re able to modernise the space while remaining authentic to its surrounds.' 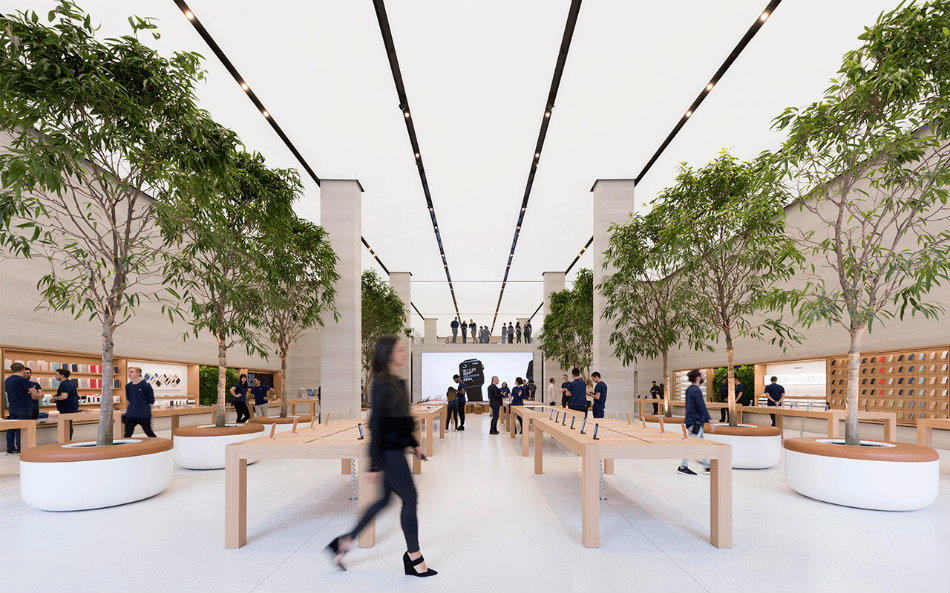 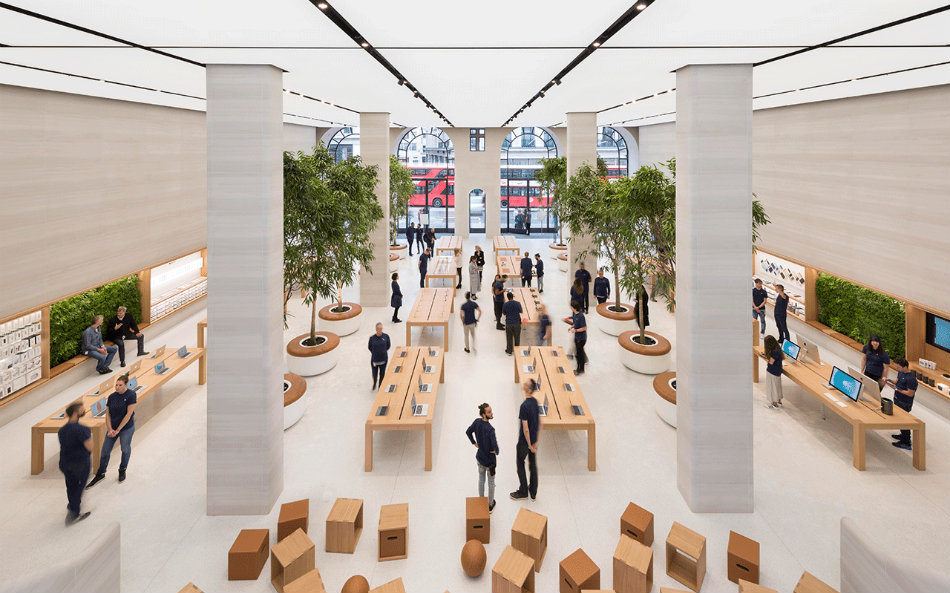 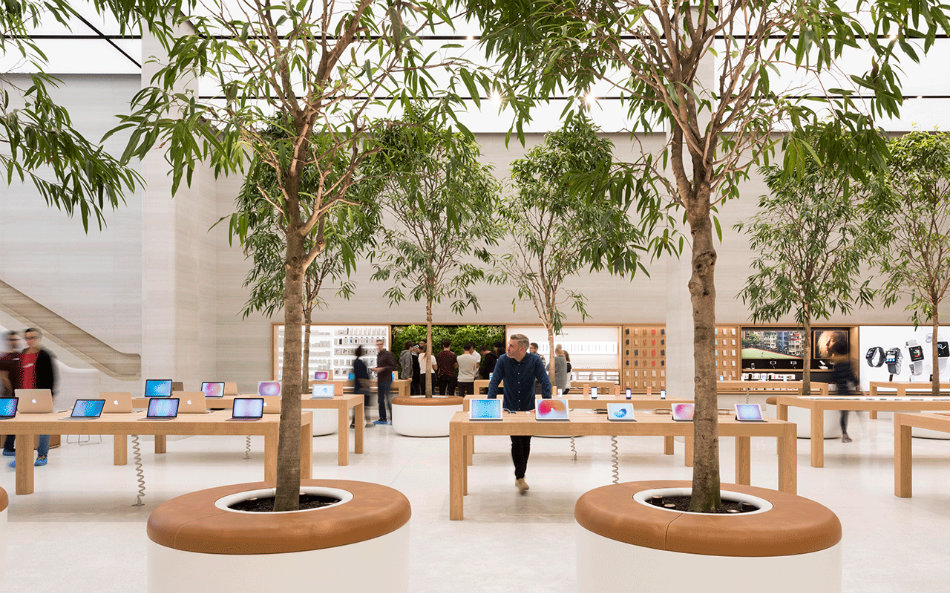 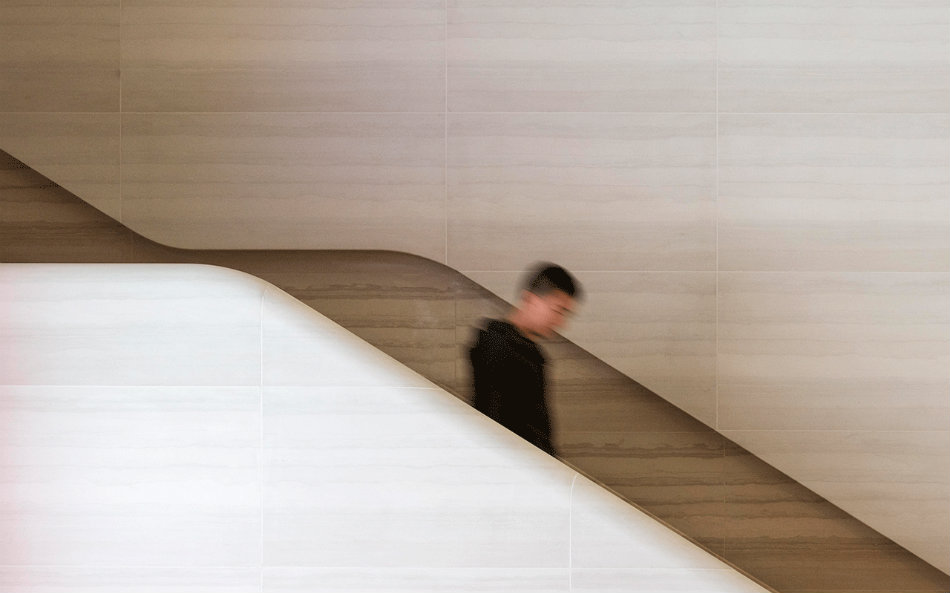 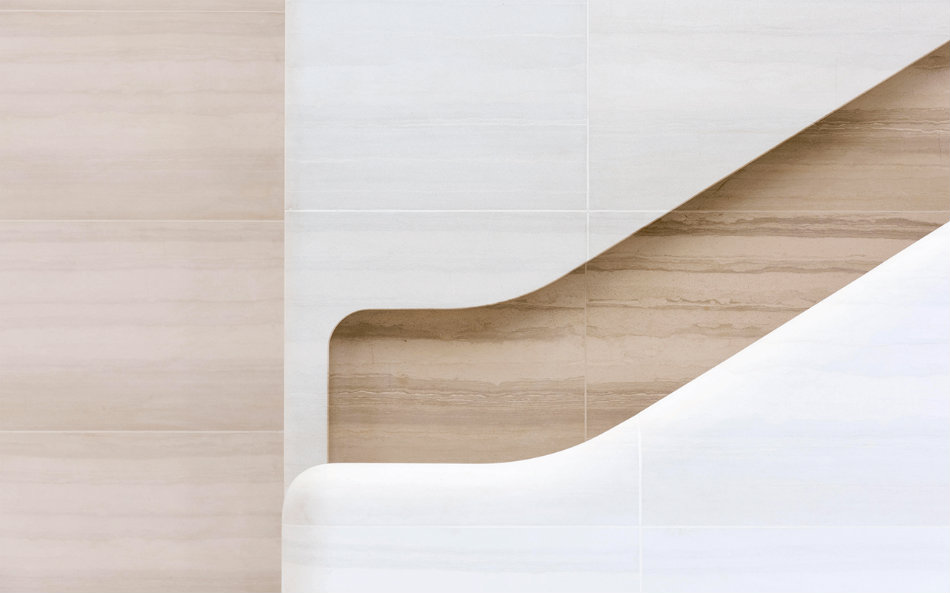 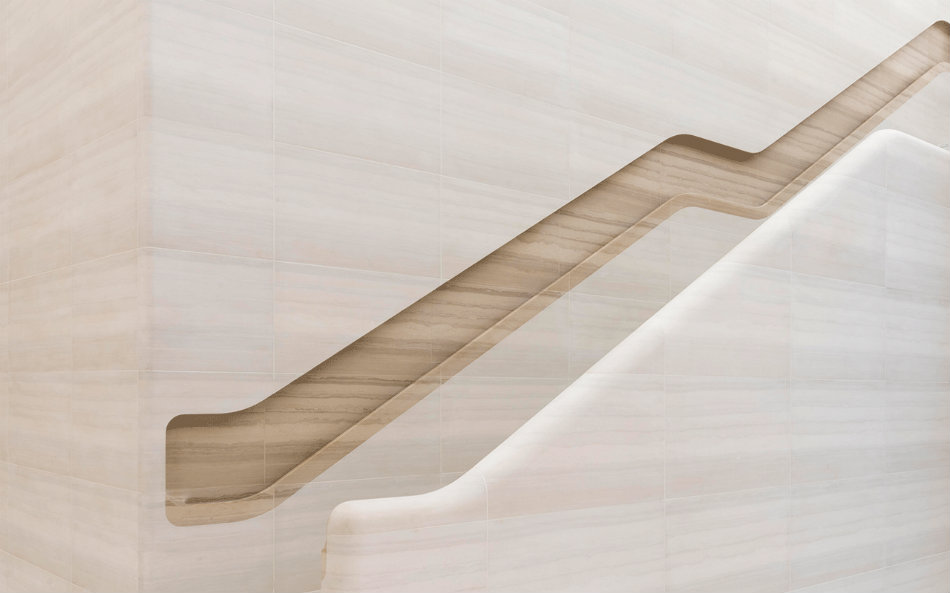 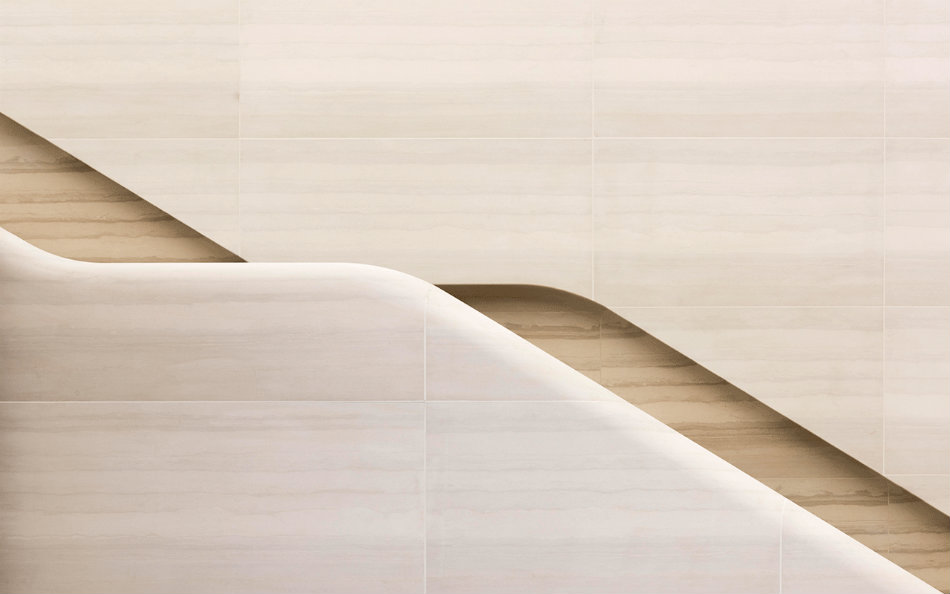 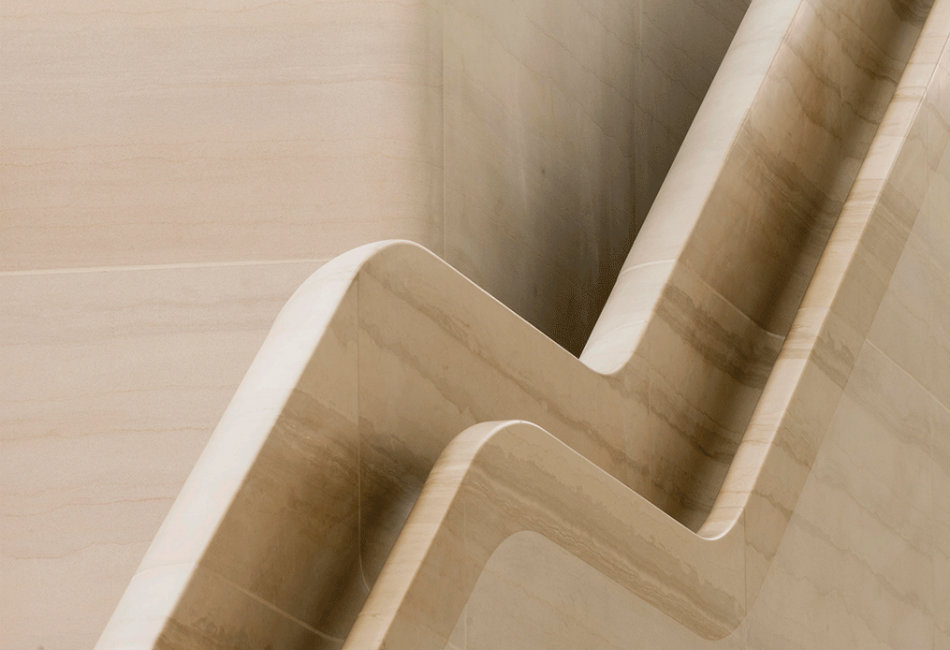 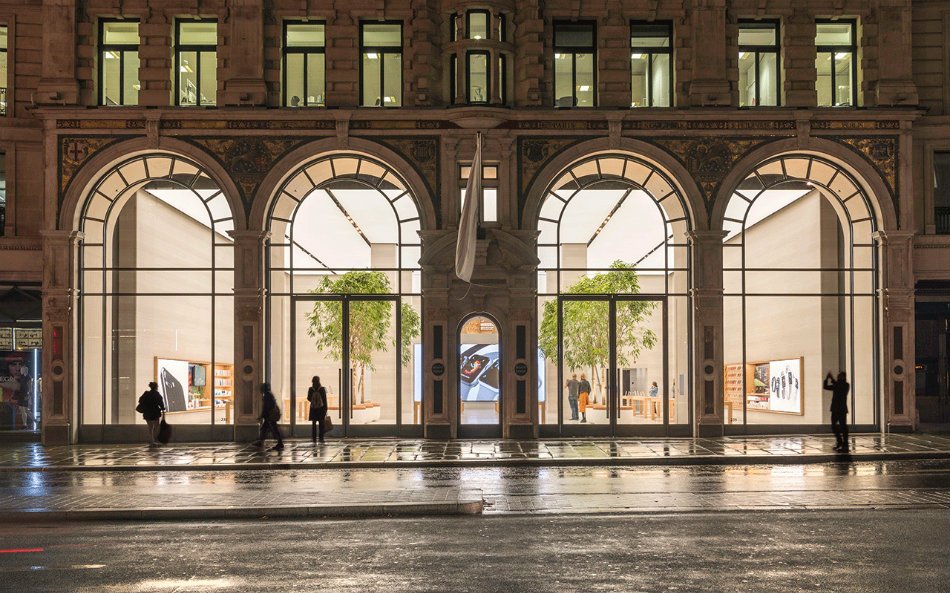