Apartment in Pefki by Plaini & Karahalios

In the Athenian suburb of Pefki, a project by the Athens based practice of Plaini & Karahalios, in collaboration with Anastasis Bachas, addressed the transformation of a traditional 1980s apartment into a contemporary, 21st century residence. In spite of a generous space of 180 sqm, the original apartment was sorely lacking in storage space, a common feature in homes of this era. The rectification of this problem proved to be one of the defining features of the radical make-over.

As the distinct definition of the public and private areas was a vital issue concerning the client, this was achieved by the installation of a series of concealed storage spaces throughout the entire apartment, solving two issues in one. A notable feature of the living space is a centrally positioned cube of glass with reflective surfaces. This unique feature stands between the wardrobe, kitchen appliances and cellar areas and incorporates an additional feature of a display unit on the fourth surface in which favourite objects may be placed within four illuminated spaces, creating a personal ‘museum’ which becomes a lighting feature after dark and exerts a dynamic presence in an otherwise minimal interior.

In order to enhance the illumination of the open plan living, dining and kitchen space, a white multi-textured palette was chosen to take advantage of any natural light. Careful attention has also been paid to the variety of lighting elements throughout the entire apartment, through a combination of spots and concealed strip, the newly created identity of this beautifully refurbished space as a contemporary urban home is intensified to its full capacity. 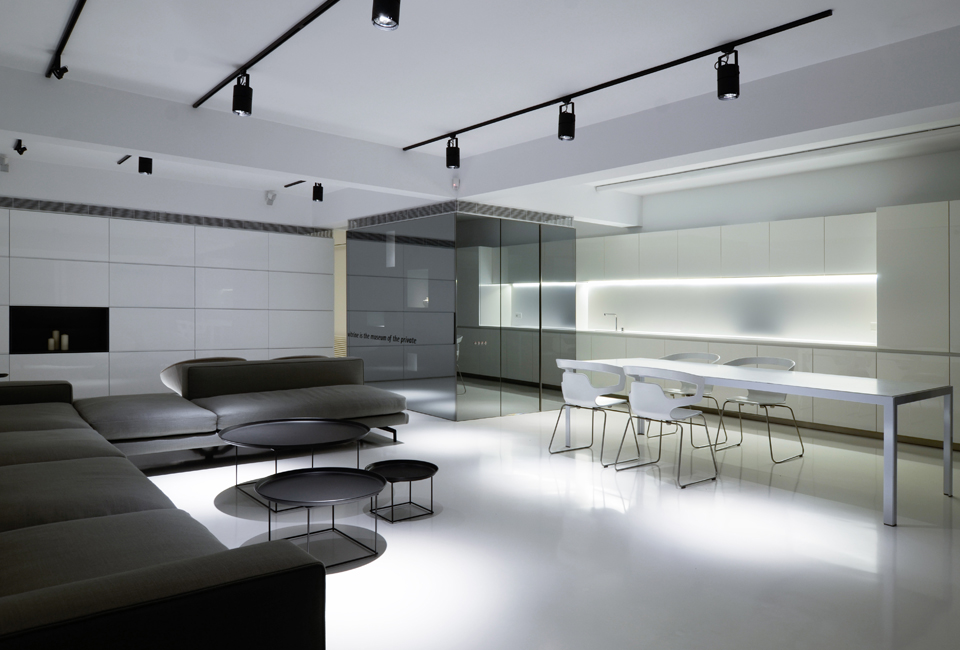 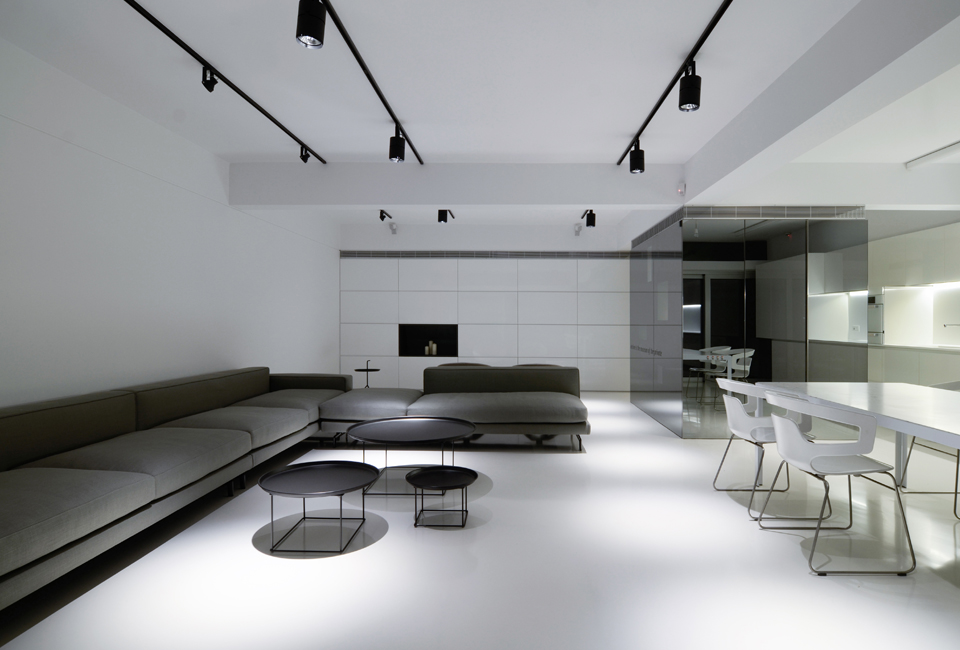 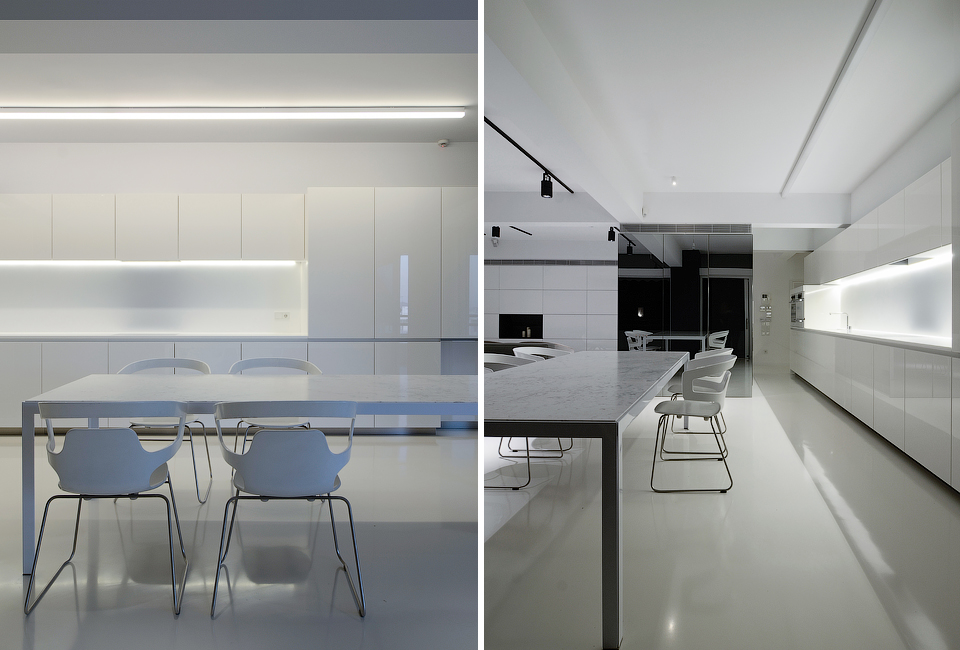 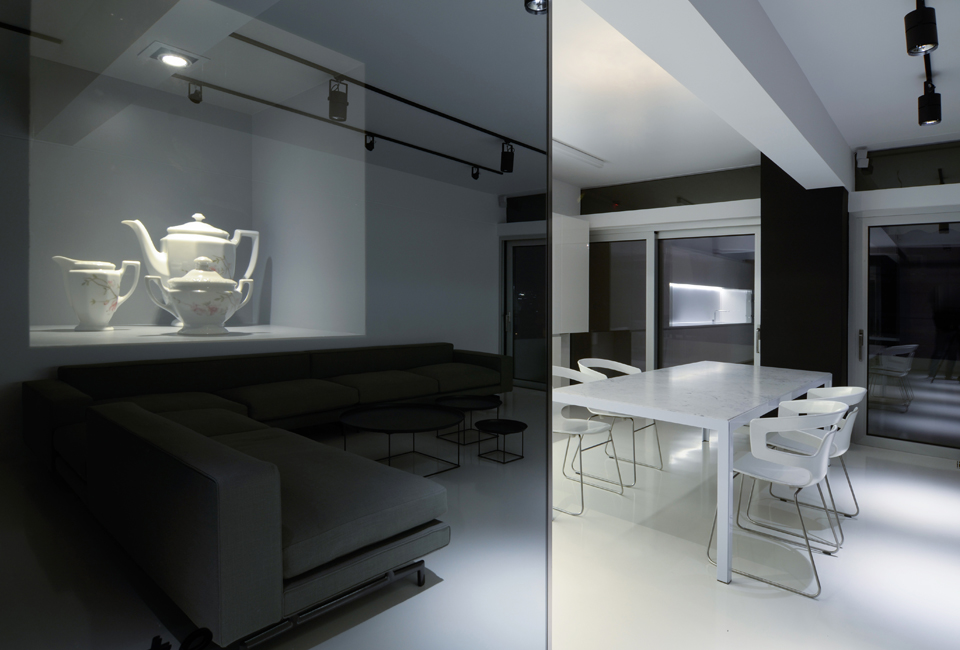 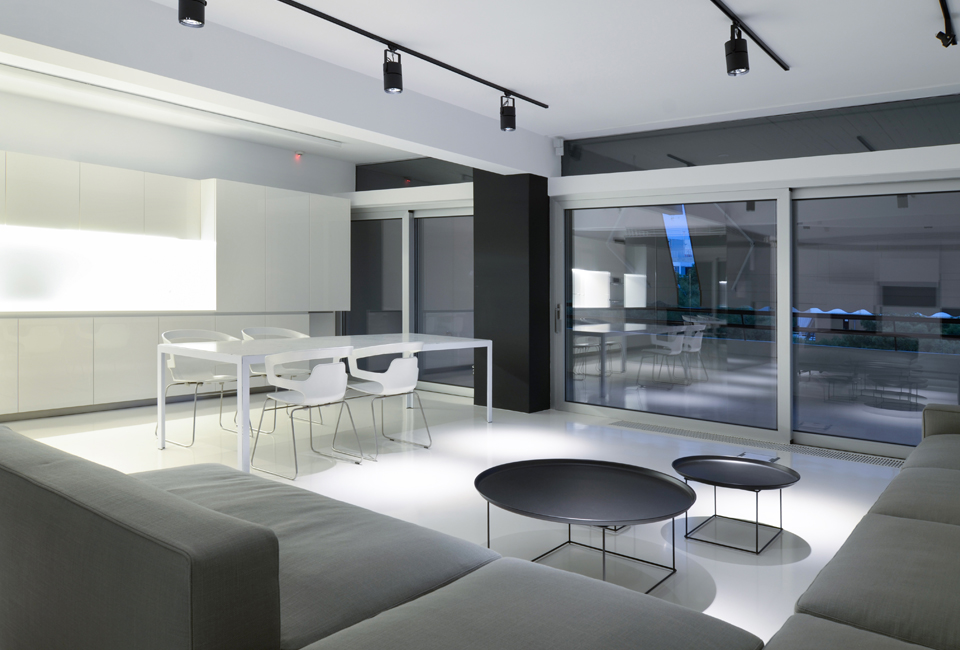 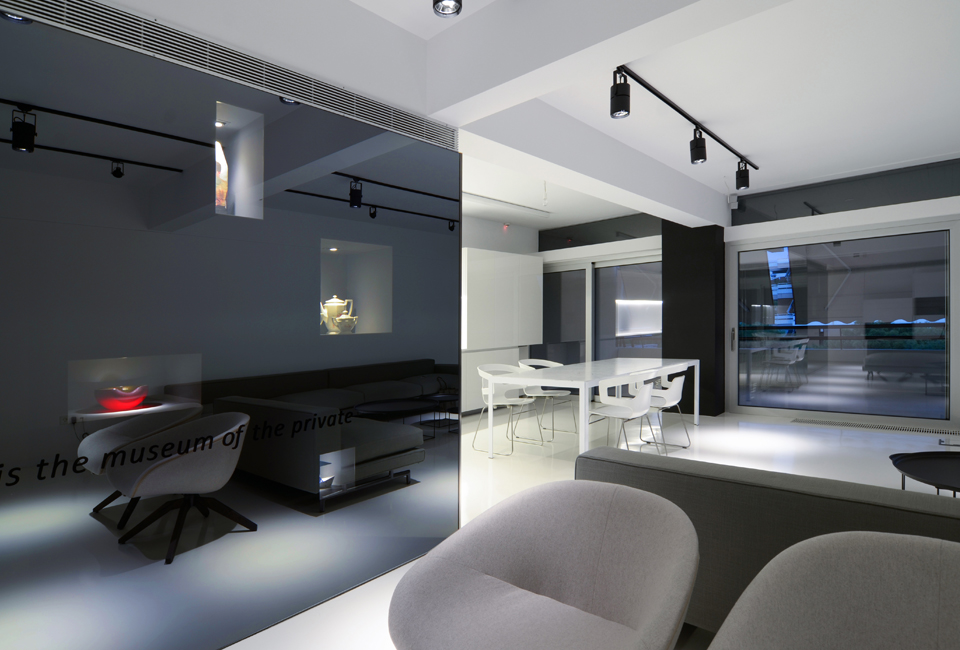 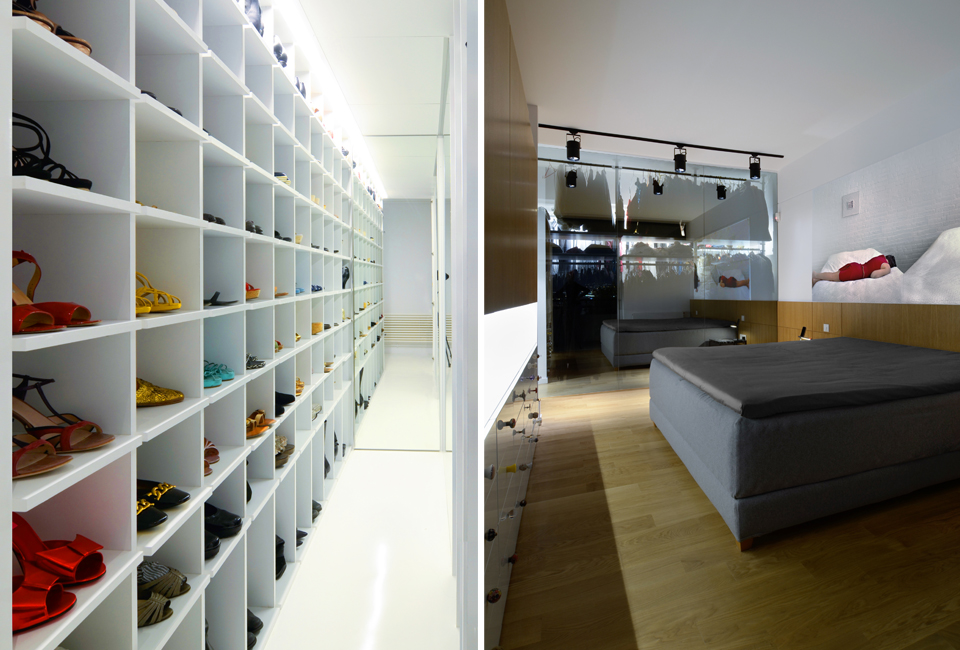 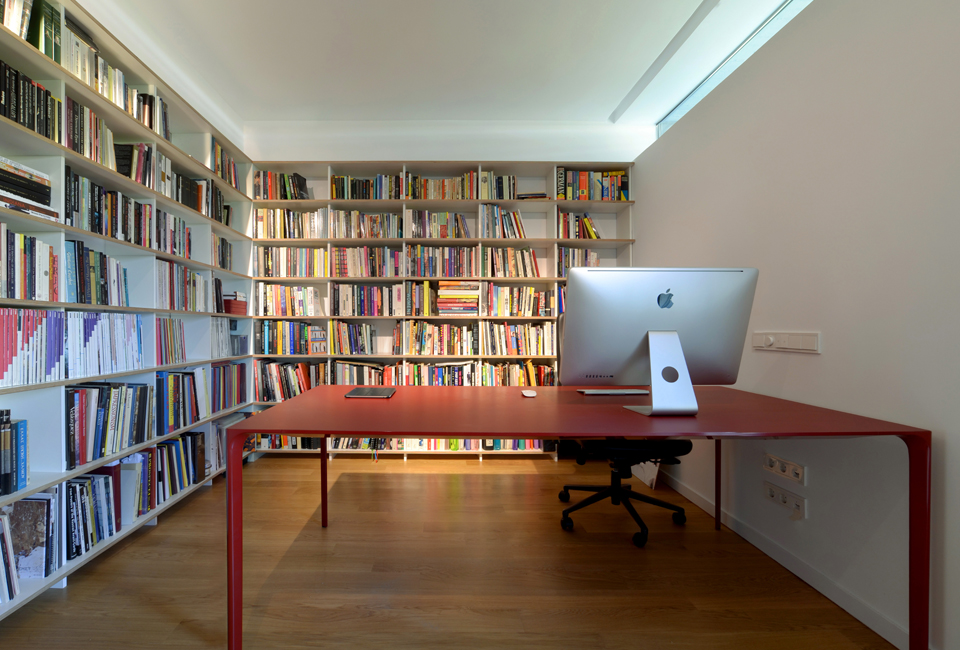