Situated above three one floor apartments is a three floor apartment with a pool on the last level, opposite the master bedroom and, between, a loft near to the two storey living room. This apartment differs from the rest of the building  due to the filter of metallic shutters. The shutters emphasize the autonomy of the apartment, its retreat from the lines of the building and protect its  extensive glazing from the sun’s rays. The shutters revolve around  horizontal shafts and from certain angles a great deal of the three storey apartment is concealed. The shutters belong to the same family of materials as the balcony railings: metallic rods with cables, which allow the greatest visibility on the side of the building which faces the road and on the other side, the concrete plate curves vertically creating a facade.

The three storey apartment on the top floors of the building develops with the first level on which we find the dining room, kitchen and two storey living room, all in the same open plan space. The loft above the living room replaces the typical rails with a  linear item of furniture in grey lacquered  wood. On the final level is the master bedroom, bathroom and dressing room. The arrangement of the top floor allows the concept of continuation in the space: the dressing room becomes an intermediate space near the master bathroom with sliding doors on two sides which, as a result allows an uninterrupted area. The master bathroom occupies an area near the stairwell as it terminates at a lower level. The dominating tones are the grey of the wardrobes and the wooden floors which extend outdoors without the slightest alteration of level, and act as a deck around the pool. A p shaped staircase illuminated by a skylight directs movement into the apartment. The metal steps and the spaces between, together with the linear lights behind, reduce the bulk of the stairs which, under other circumstances, would be an awkward presence. 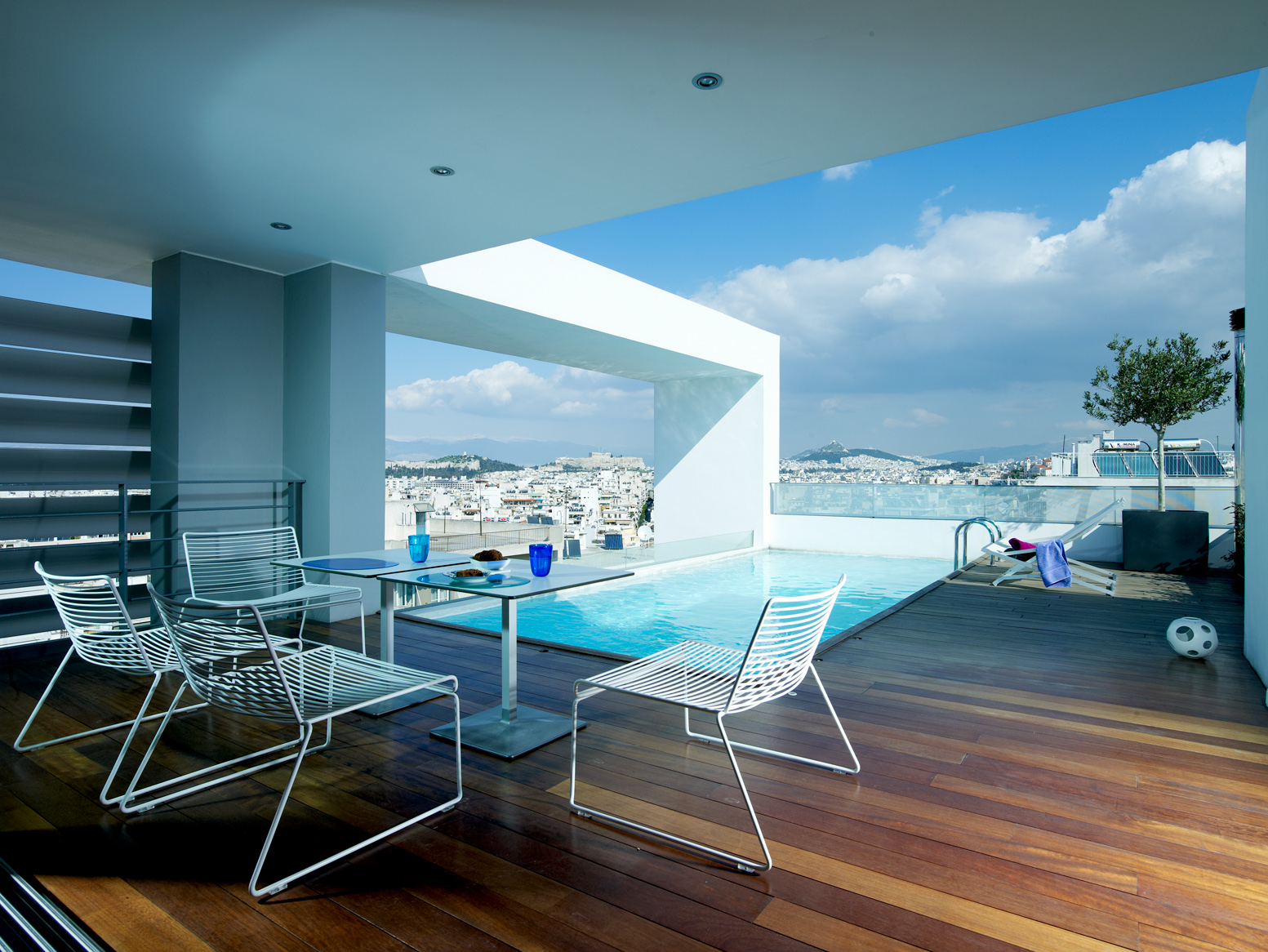 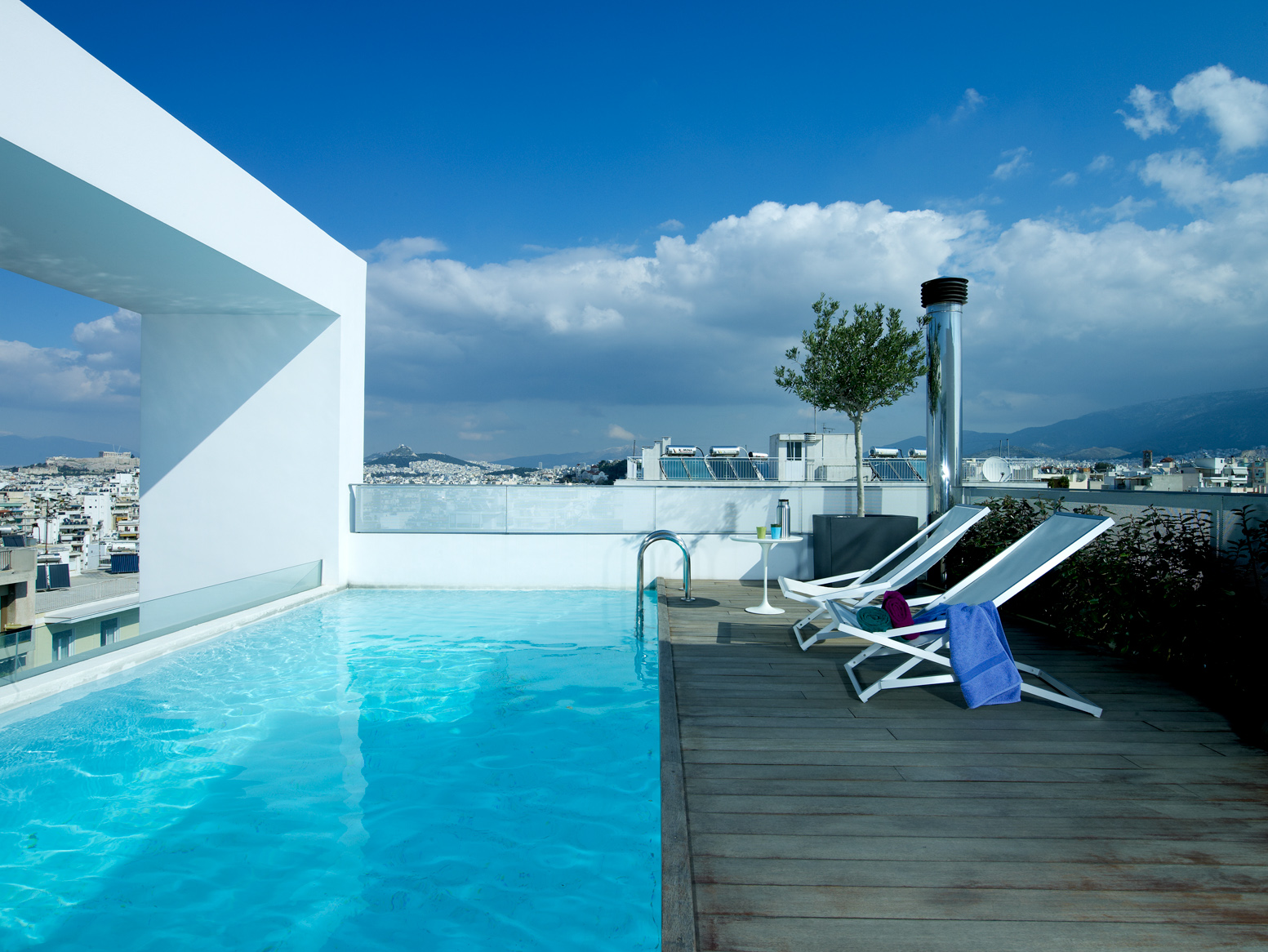 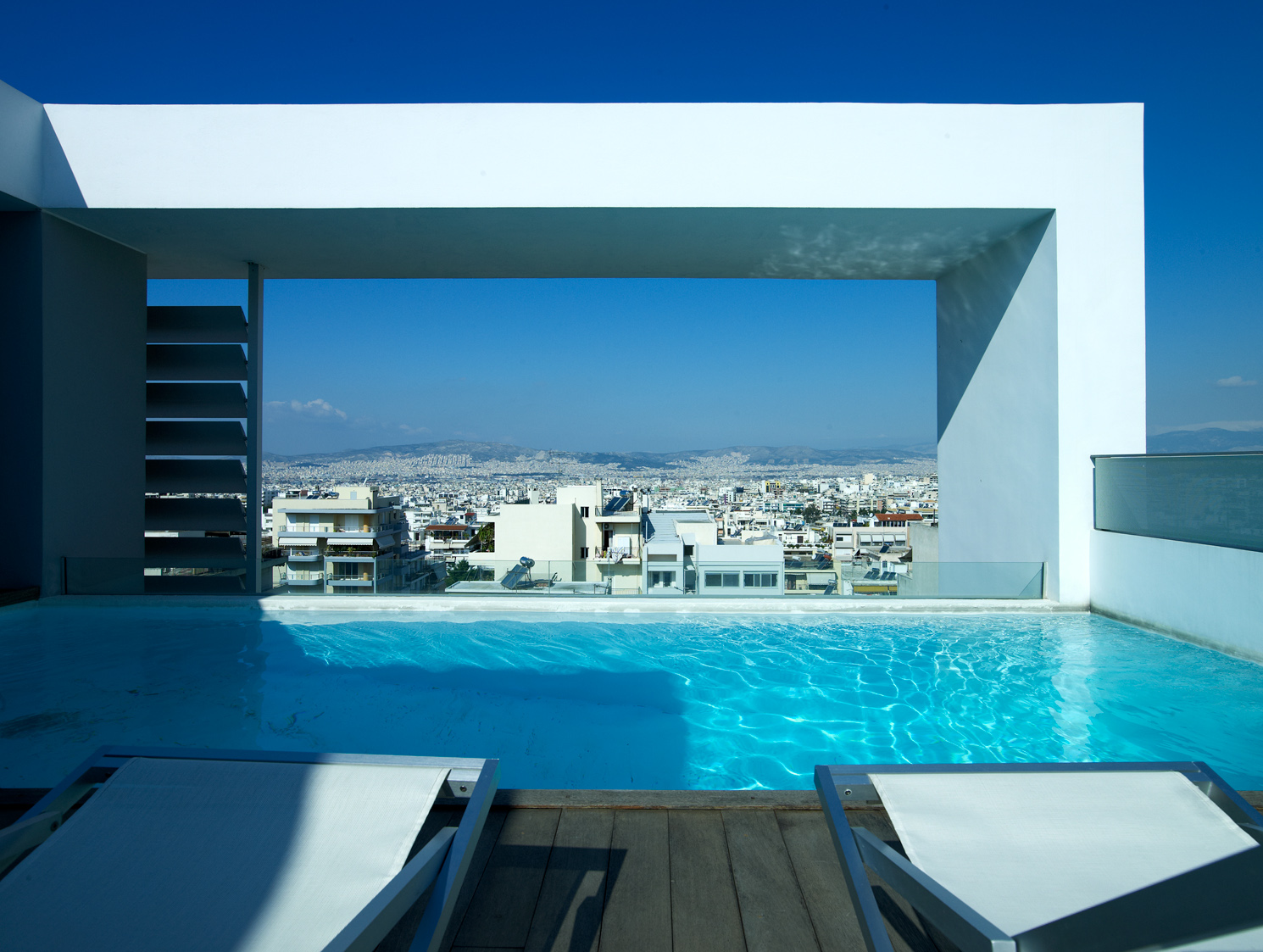 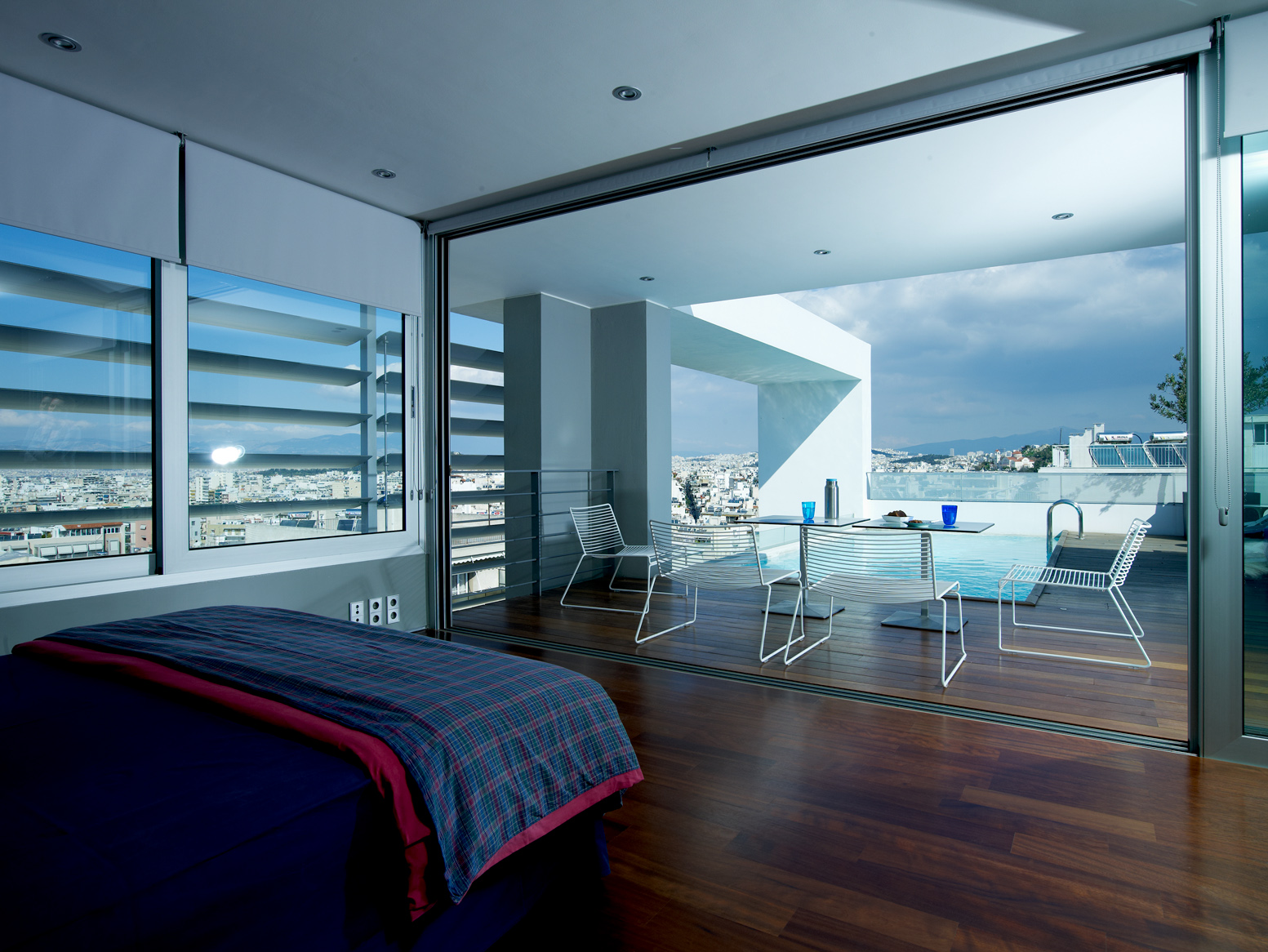 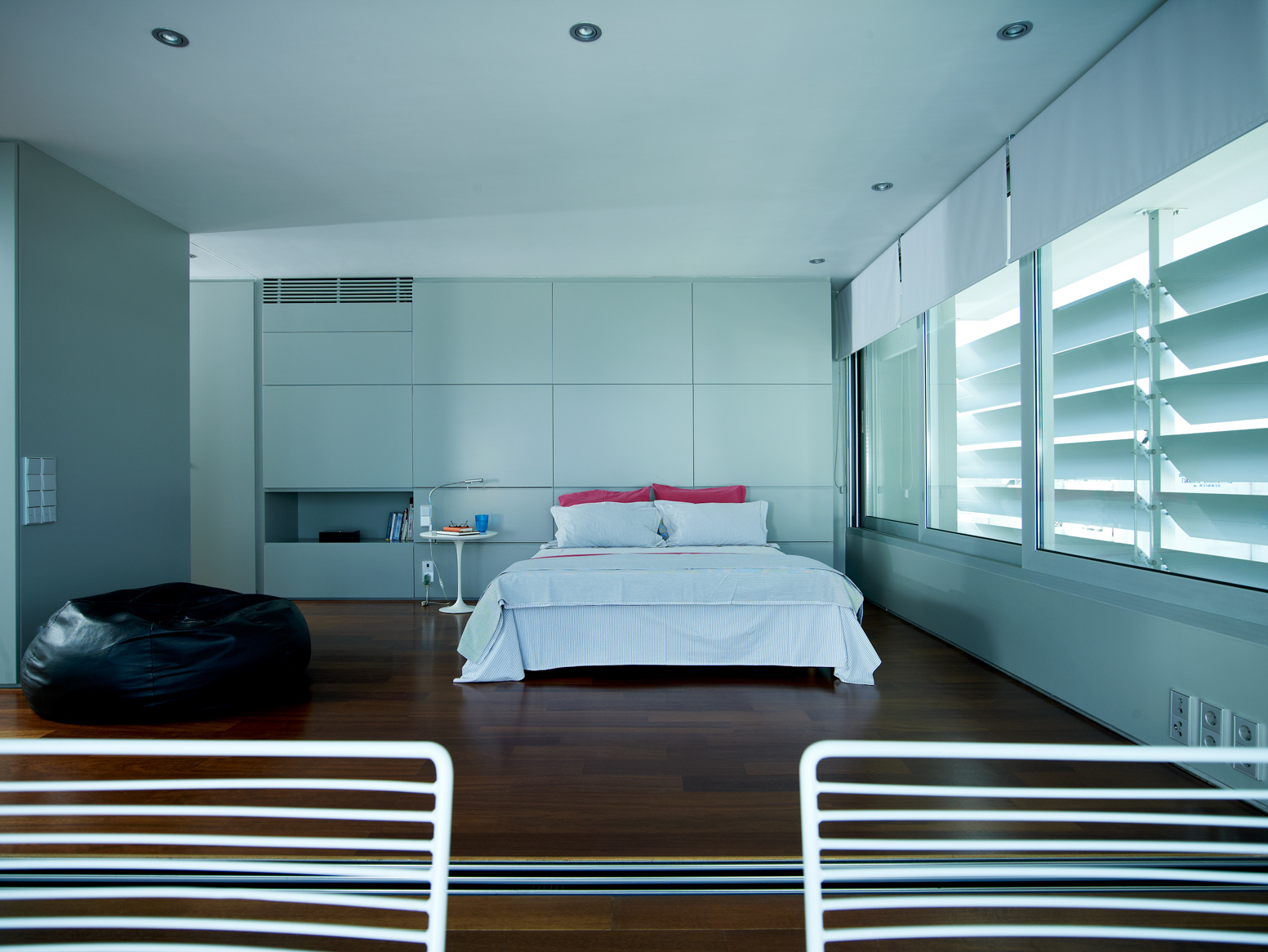 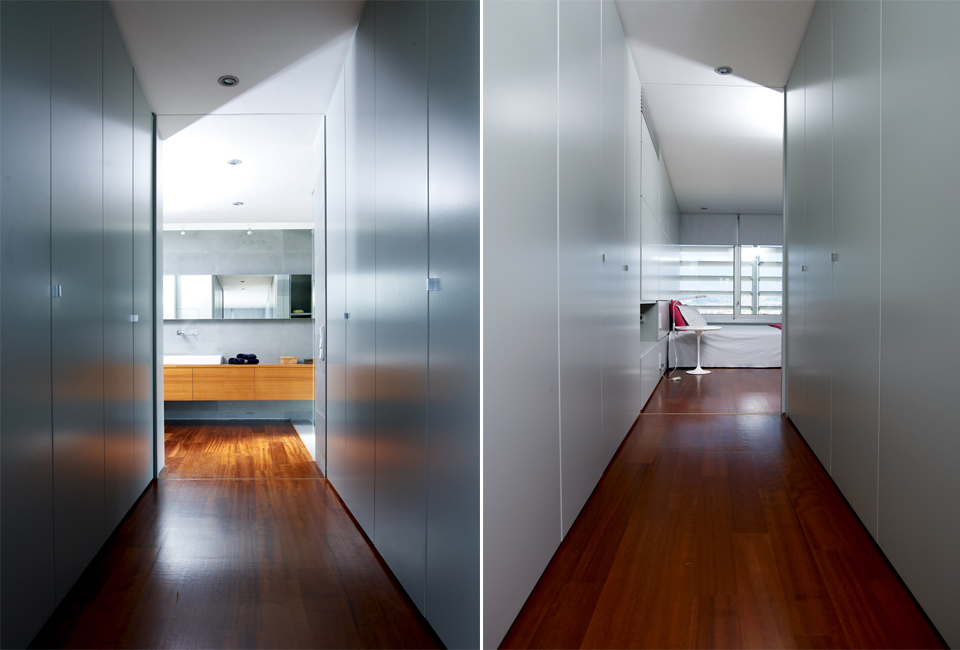 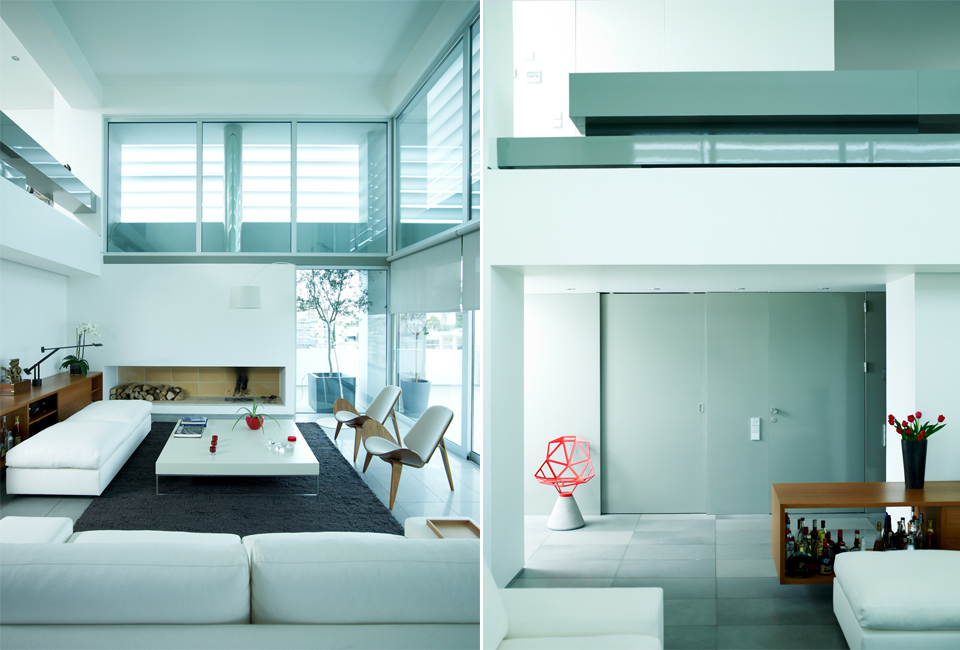 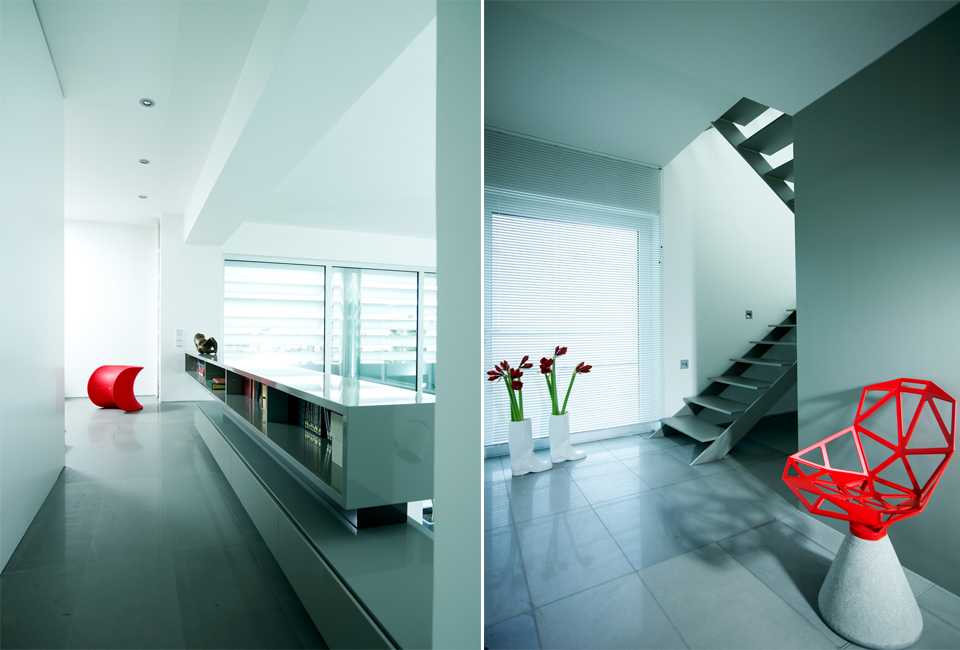 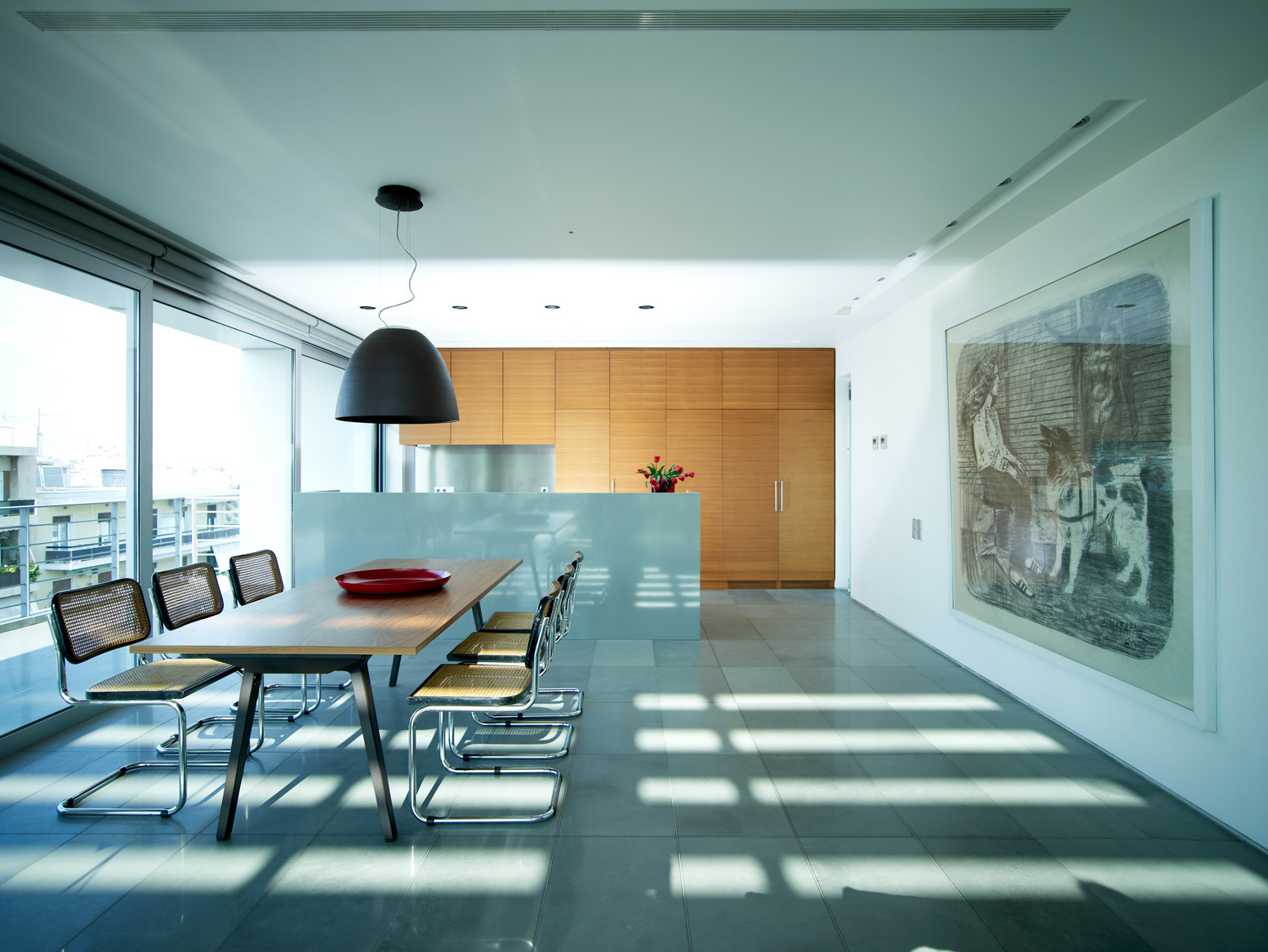 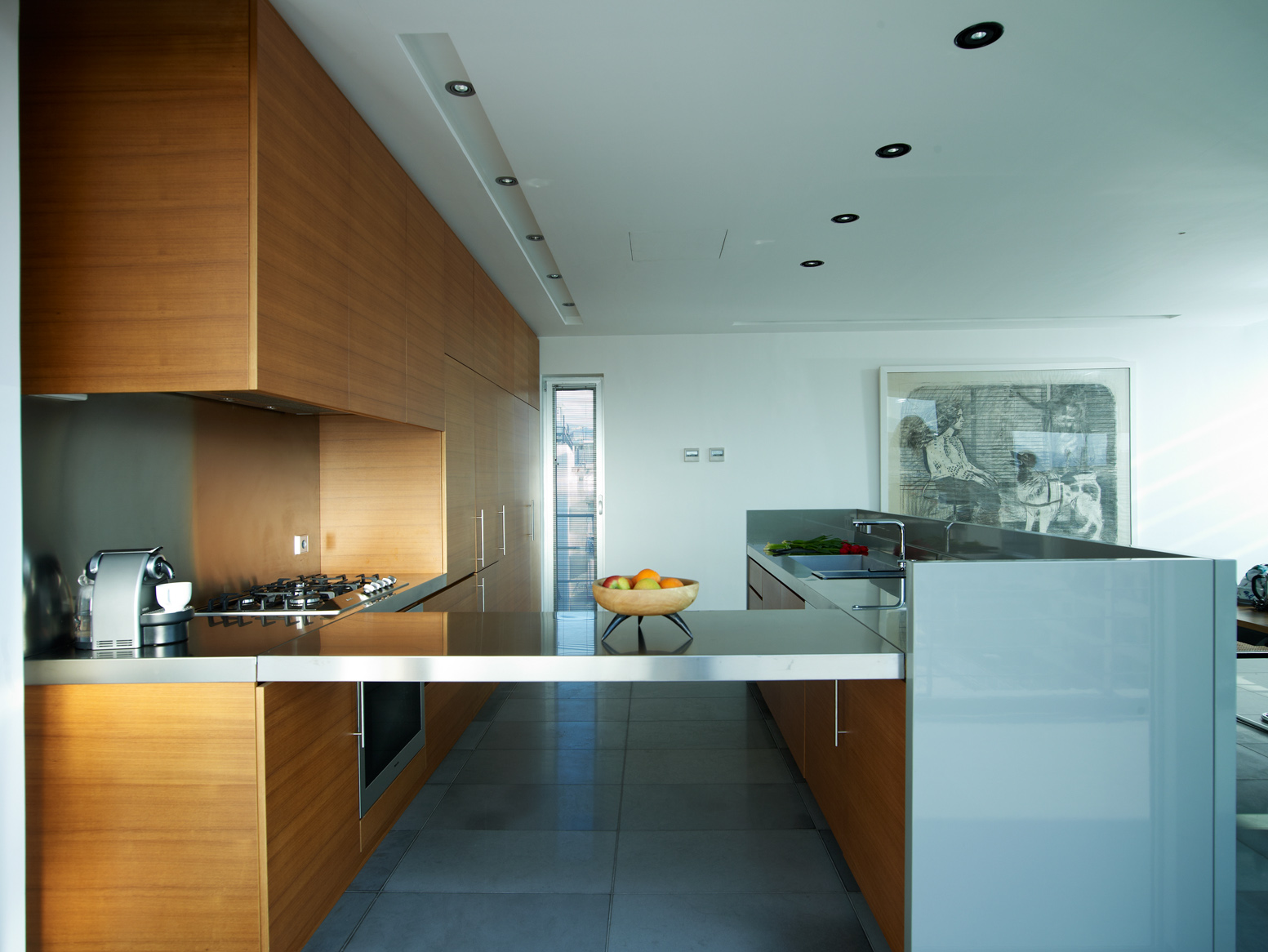