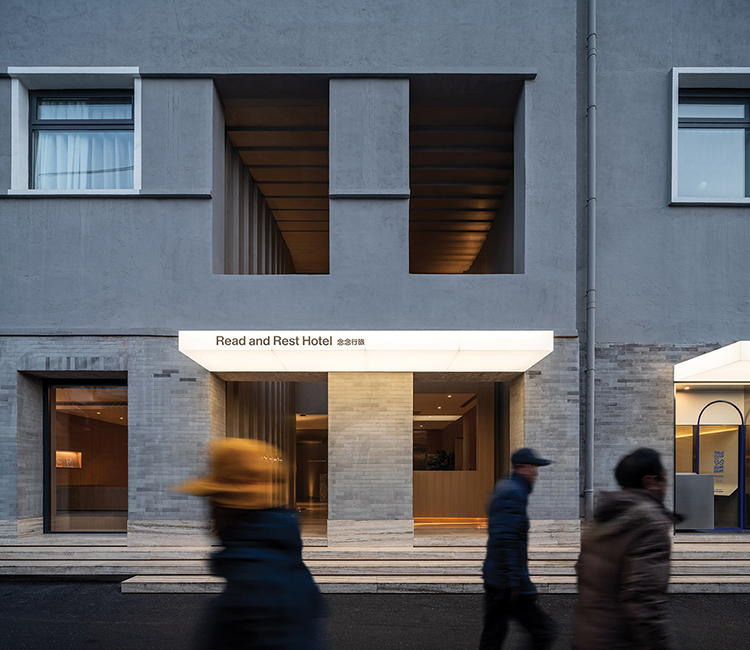 Office AIO – which completed a coffee bar in Xiang’Er back in 2016 – has designed the hotel’s 60 guest rooms, communal areas and its in-house library, which is stocked with a global roster of print publications.

“While reading spaces are not traditionally regarded as a ‘standard’ in terms of hotel amenities, we do find this focus especially embraceable and refreshing,” said the studio’s founders, Tim Kwan and Isabelle Sun.

“Though the habit of reading can happen essentially anywhere, incorporating a library into a hotel highlights and promotes this action,”

The hotel takes over a solemn grey-brick building that had been originally constructed for government use in the 1960s. To make its facade appear more inviting, the studio expanded two ground-level doorways and a pair of windows on the first floor to create four huge openings.

These look through to a dramatic double-height entryway, which is meant to feel like a marked departure from the busy Beijing streets. It features natural stone floors and pleated grey-plaster walls.

“Through this passage of scale and space the guests can let go of their sense of time and reach a state of enlightenment much like entering a utopian fairy tale,” explained the studio.

After traversing the hotel lobby, guests eventually reach the library which is almost entirely lined with oakwood.

It’s flanked on both sides by a sequence of alcoves – one side has been fitted with creamy cushioned bench seats, where guests can perch with a publication of their choice, while the other has built-in work tables.

Magazines are displayed on a tiered, wall-mounted shelf towards the front of the room. Domed glossy lamps have been suspended from the ceiling. 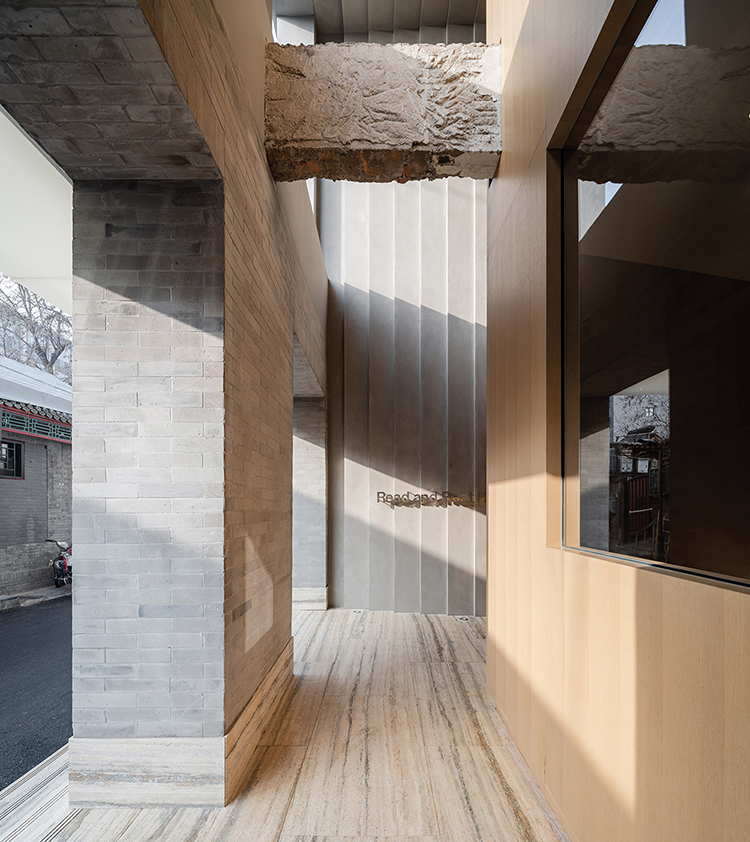 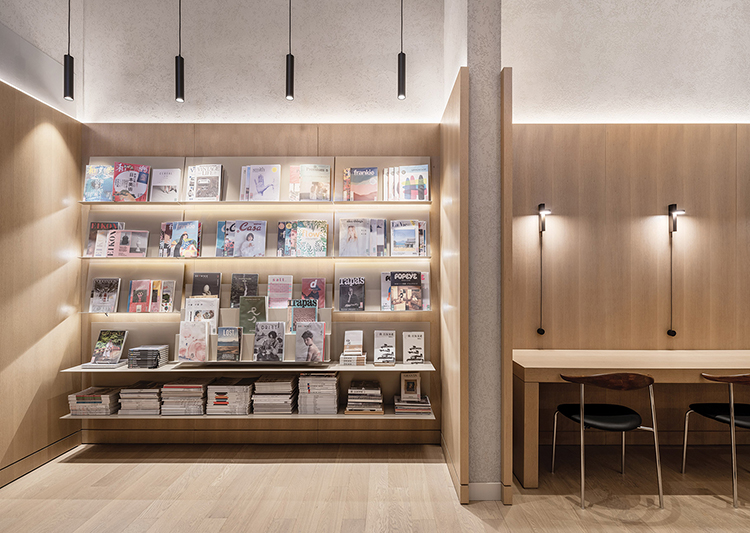 During the booking process guests are encouraged to share their personal interests, so that complementary print titles can be included in their rooms upstairs.

The studio has tried to make each room a “quiet nest” where guests feel they can retreat to unwind. Walls have been washed with a soft-grey plaster, complemented by light-hued wooden flooring.

Chunky ledges installed beneath the windows offer a spot for reading, along with the writing desks that appear in the corner of the rooms.

Some of the larger suites also come with a relaxing lounge area. These are separated from the bedrooms by sliding cane screens. 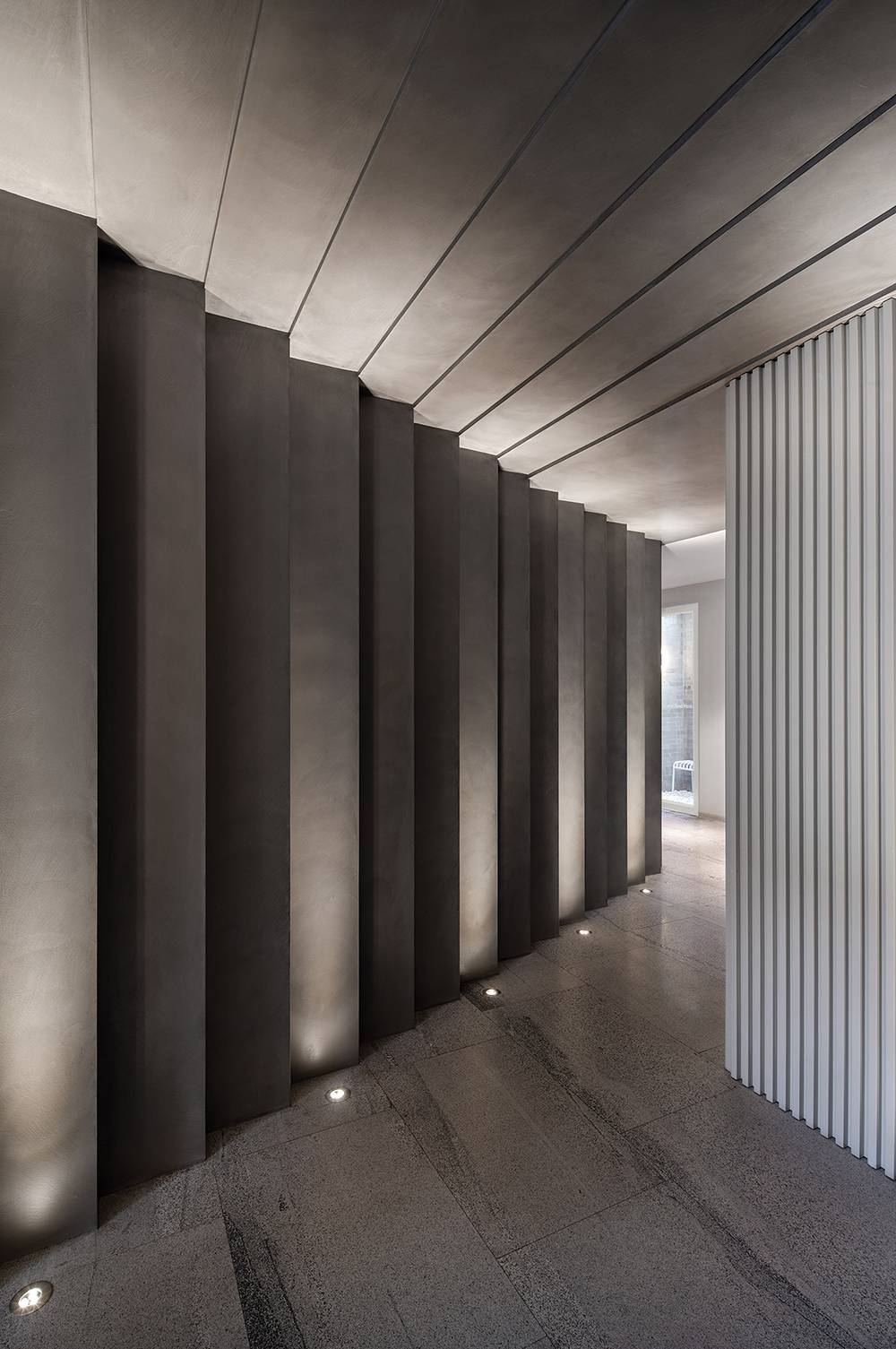 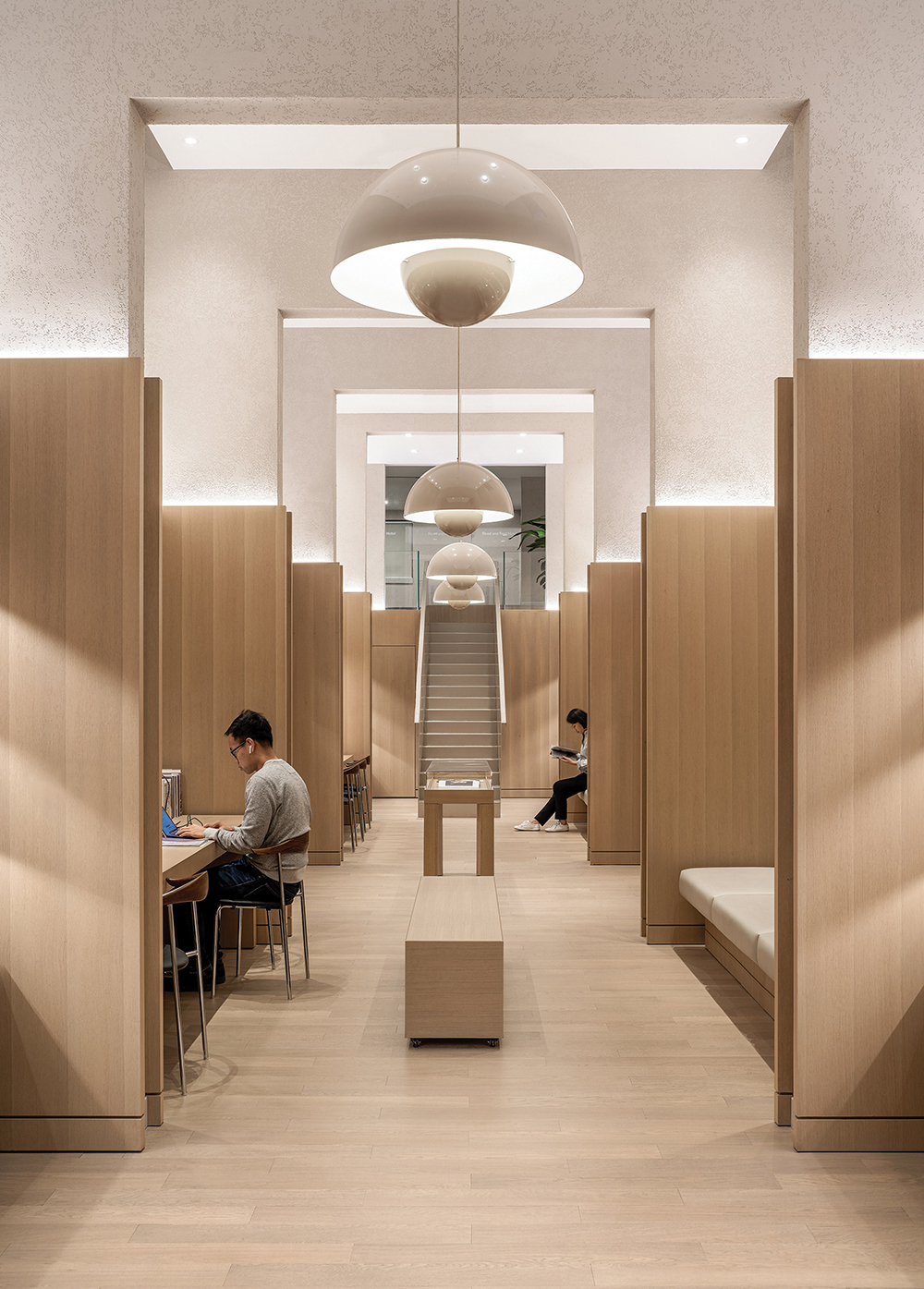 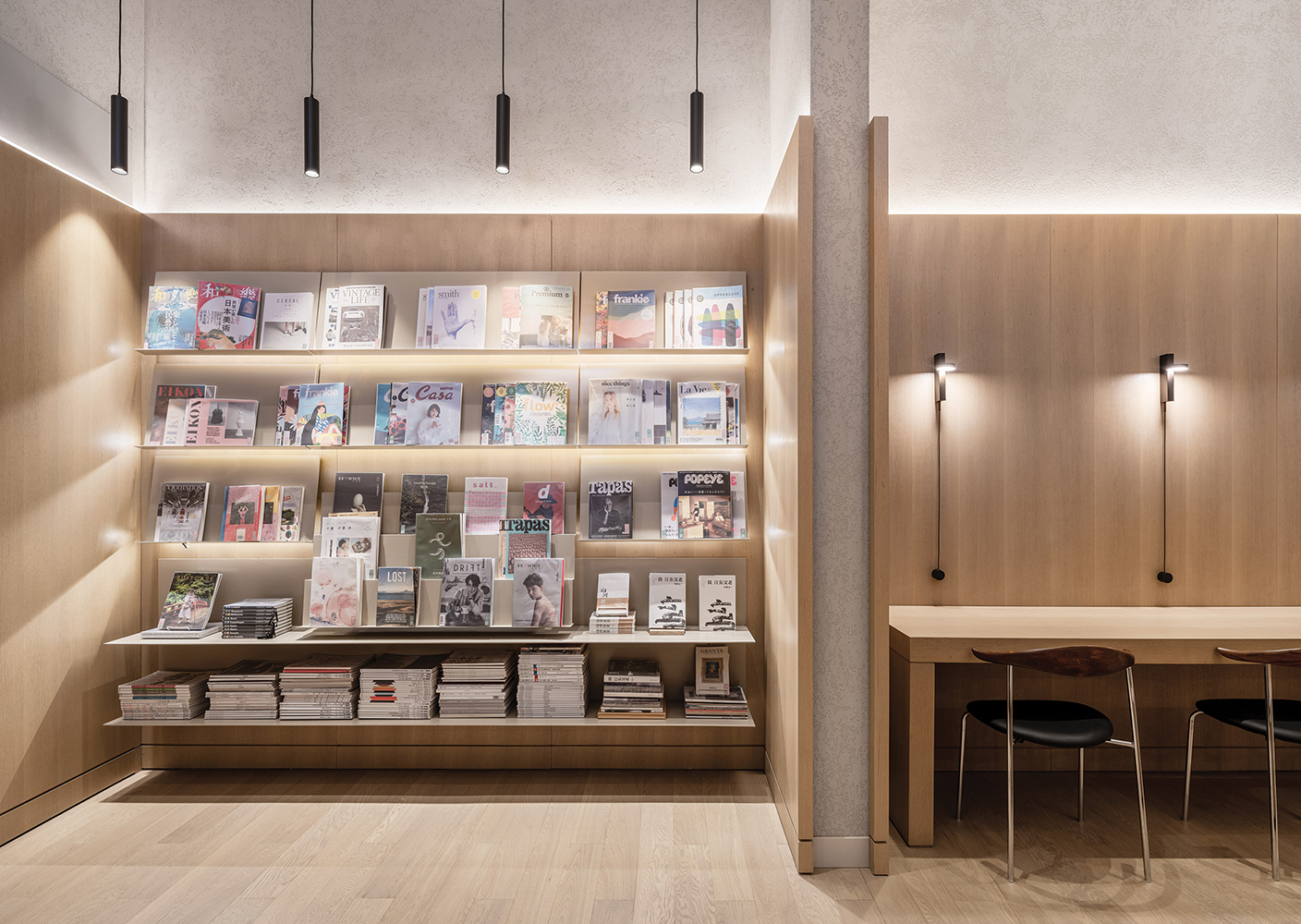 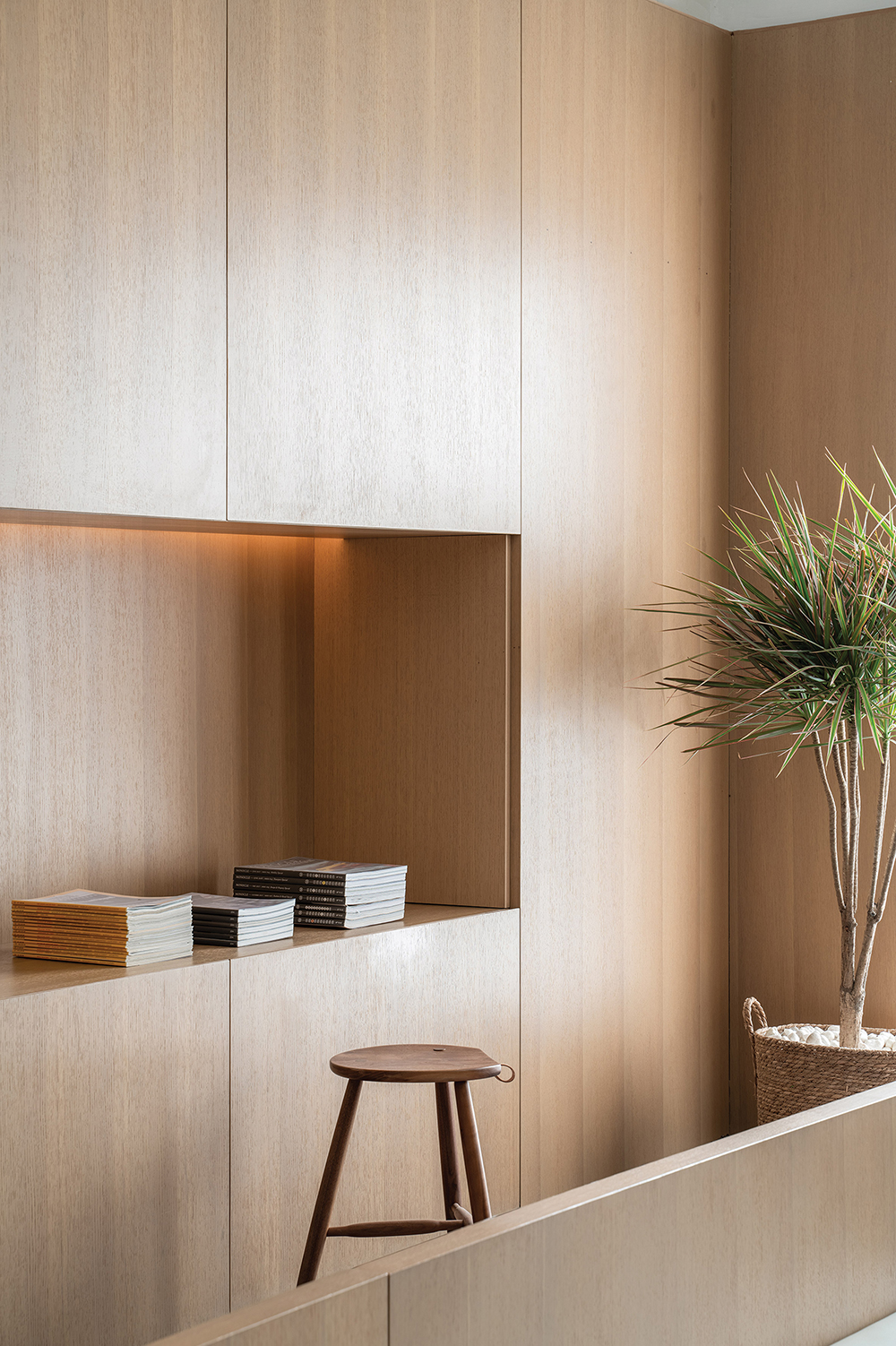 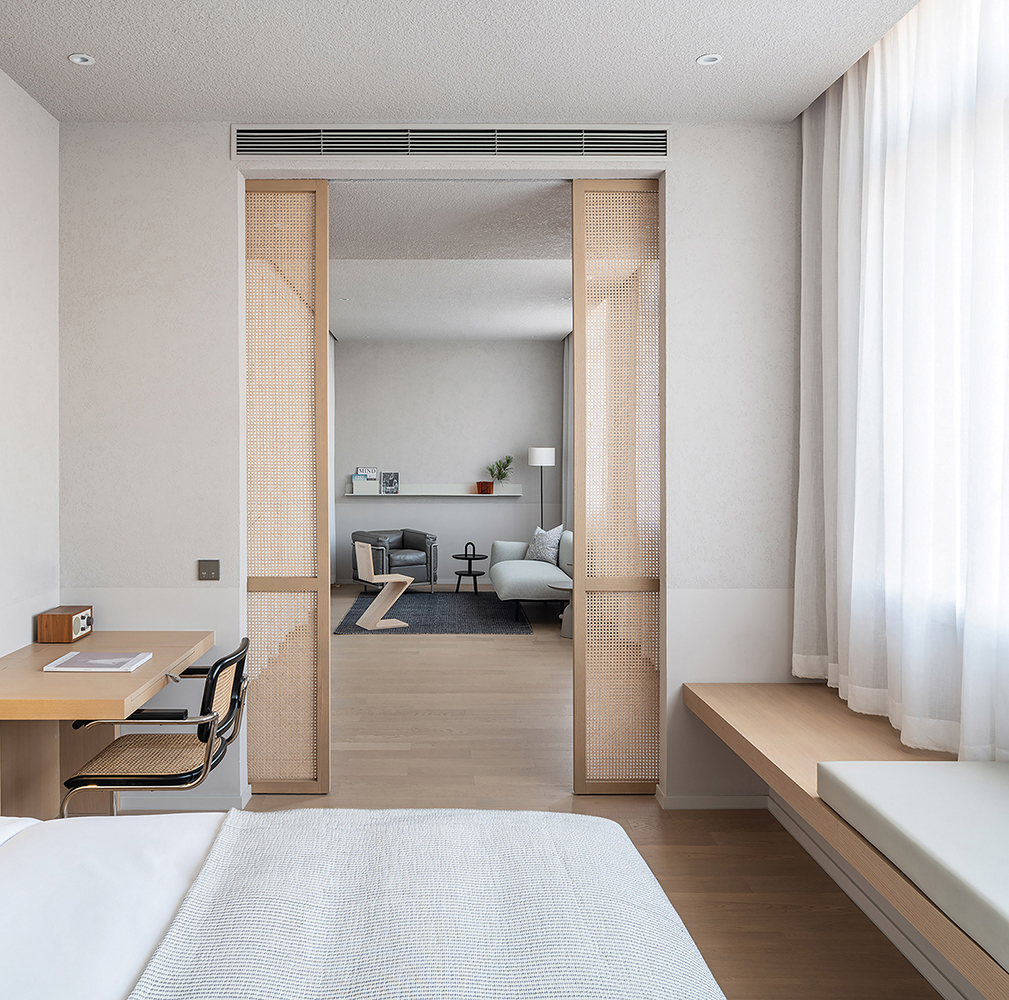 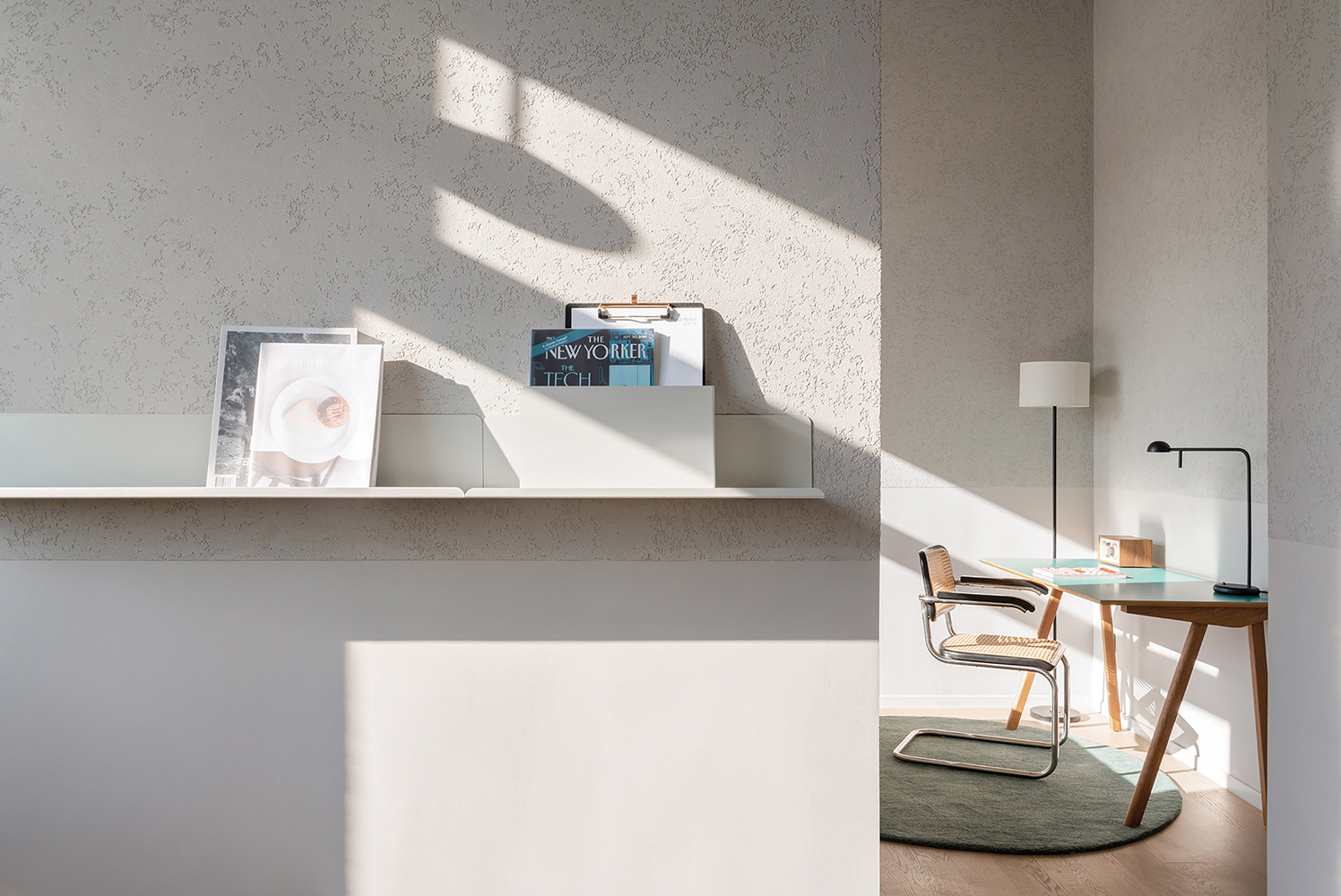 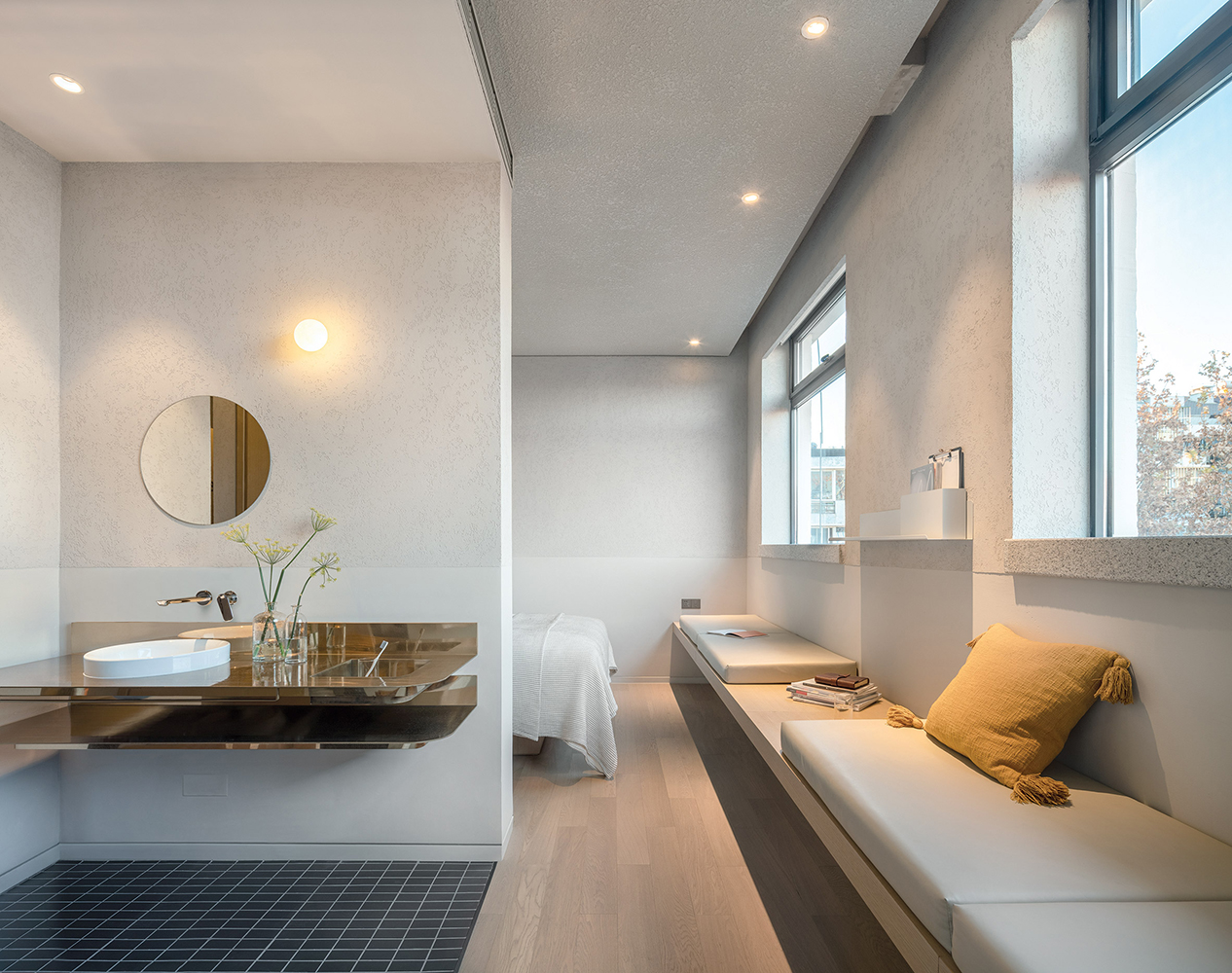 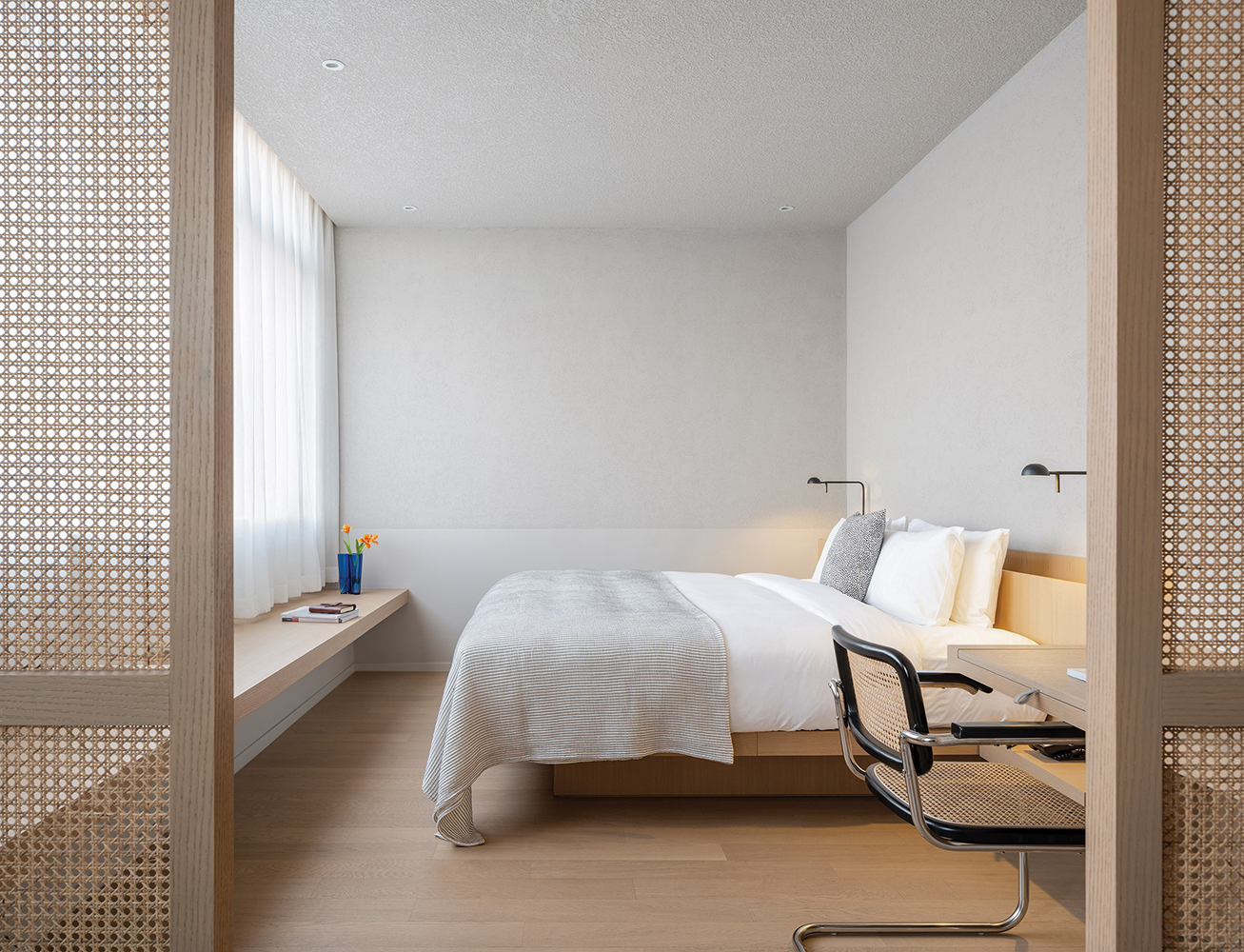 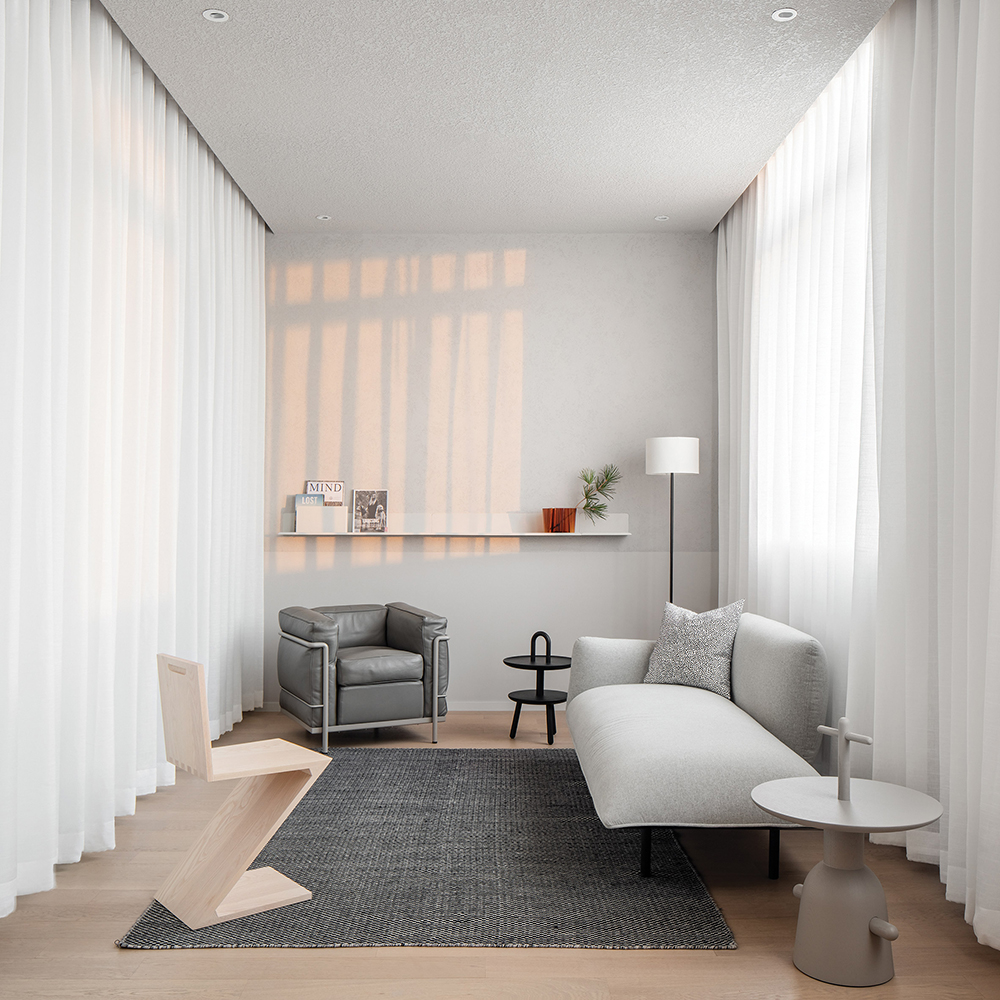 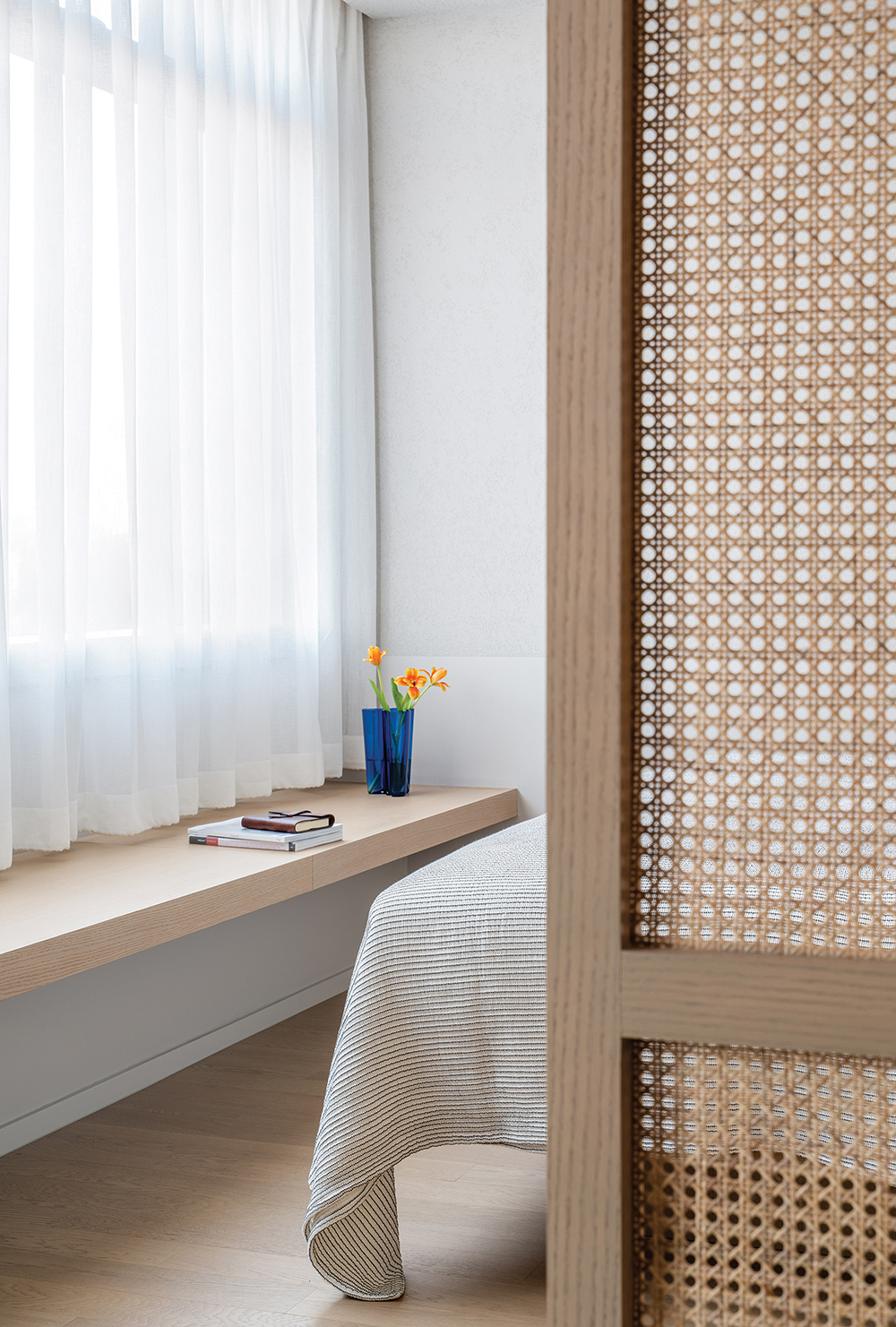 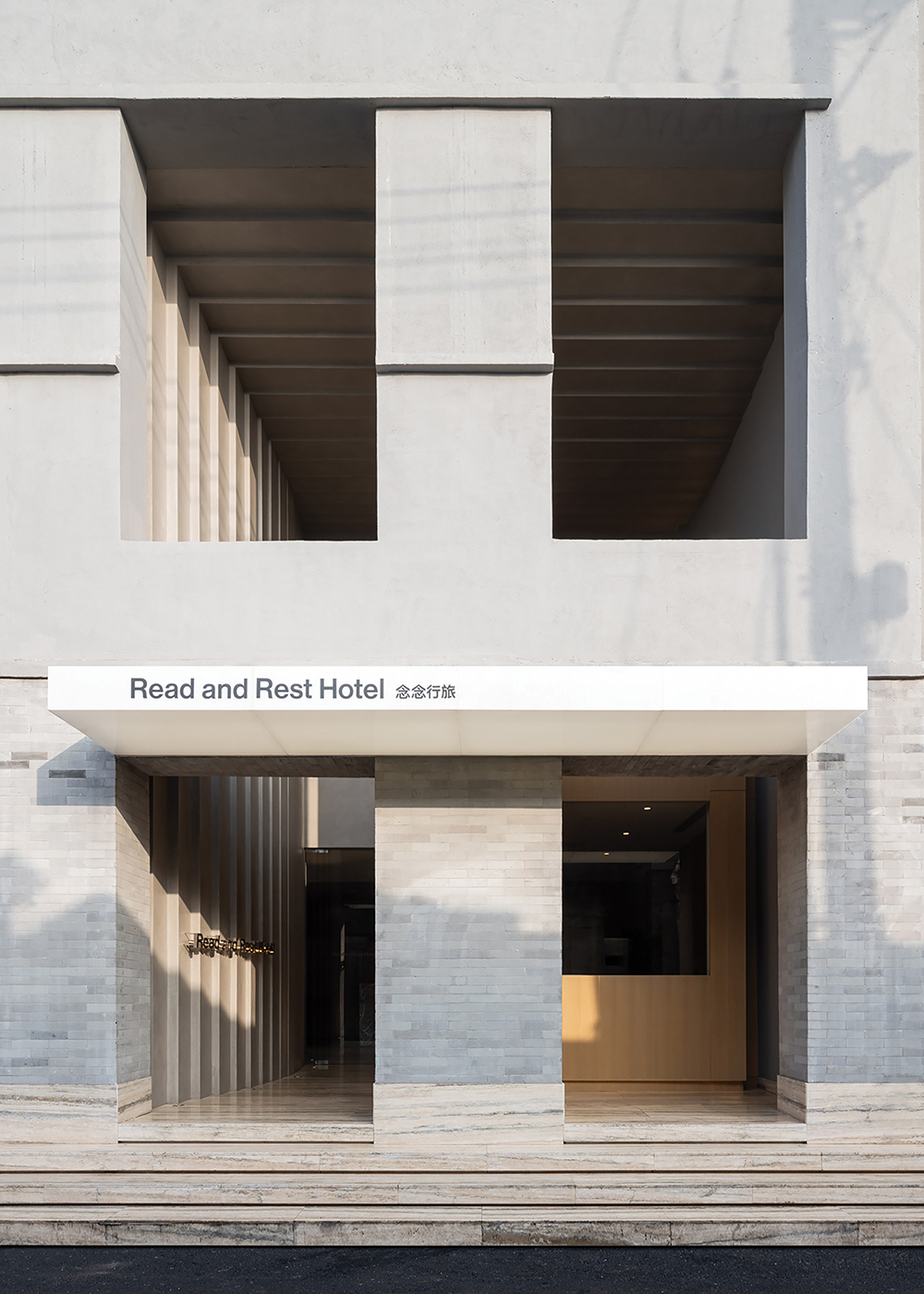 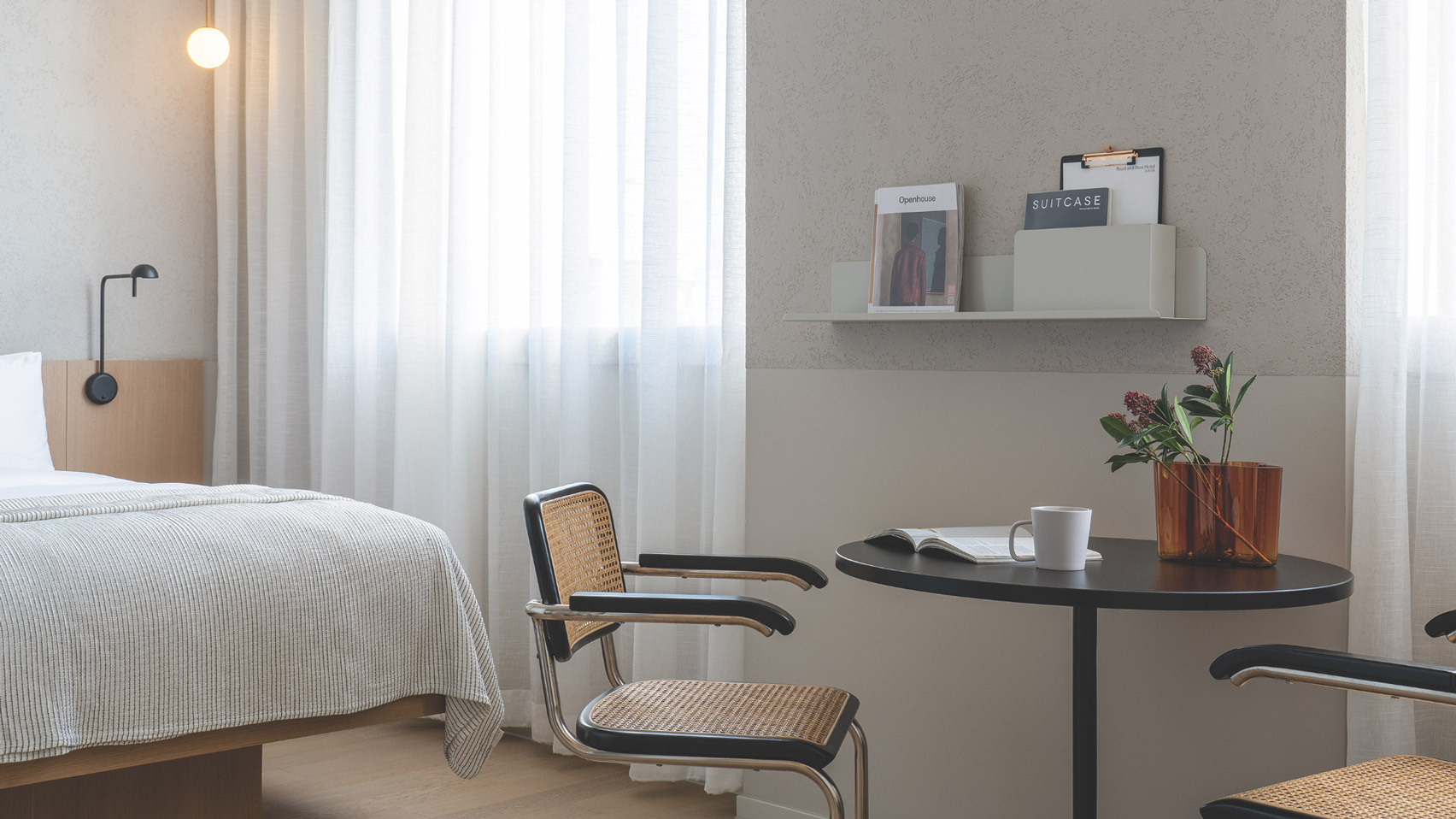