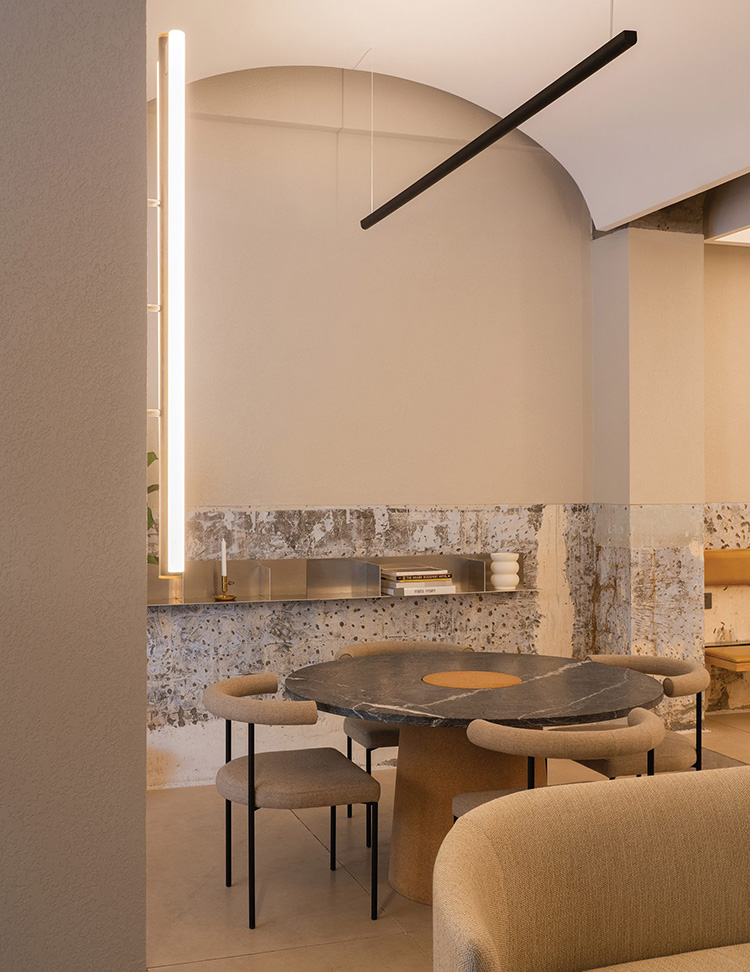 A series of mirrored panels obscure the cocktail bar that lies inside this shop-cum-cafe in Chengdu, China created by design studio Office AIO.

The shop, which is unusually called O, was named by its owner and the co-founder of Office AIO, Tim Kwan.

Taking the first letter from the word “object”, Kwan and the shop owner felt that O was the “perfect shape representing eternity – it has no beginning nor end, no direction nor a right way round”.

The looping shape of the letter O also nods to the shifting function of the 68-square-metre shop: by day it’s a cafe that sells and showcases a curated selection of lifestyle items and designer furnishings, while at night it turns into a bar.

Down one side of the shop runs a lengthy sandstone counter where the cafe’s coffee machine is kept. Just in front is a long wooden table where the barista can prepare drink orders.

The base of the counter has been in-built with a fireplace, which can be switched on as night falls to evoke a cosier mood within the store.

On the other side of the store is a silver-metal shelf where products are displayed and a row of fold-down seats upholstered in tan leather. Surfaces throughout the rest of shop O have otherwise been kept simple. A patchy band of exposed concrete runs around the lower half of the walls, but off-white paint has been applied to the upper half.

Interest is added by a handful of potted plants and a sequence of arched screens that have been suspended just beneath the ceiling. The last screen has been fitted with an LED strip light that can be adjusted to imbue the space with different colours.

“[The screens] bring a sense of character to the store without occupying any footprint,” explained the studio. “We hope that this space will encourage quality ideas, objects, and people to interact and exchange, and ultimately reach a wholesome experience that is objectively desirable,” it concluded. 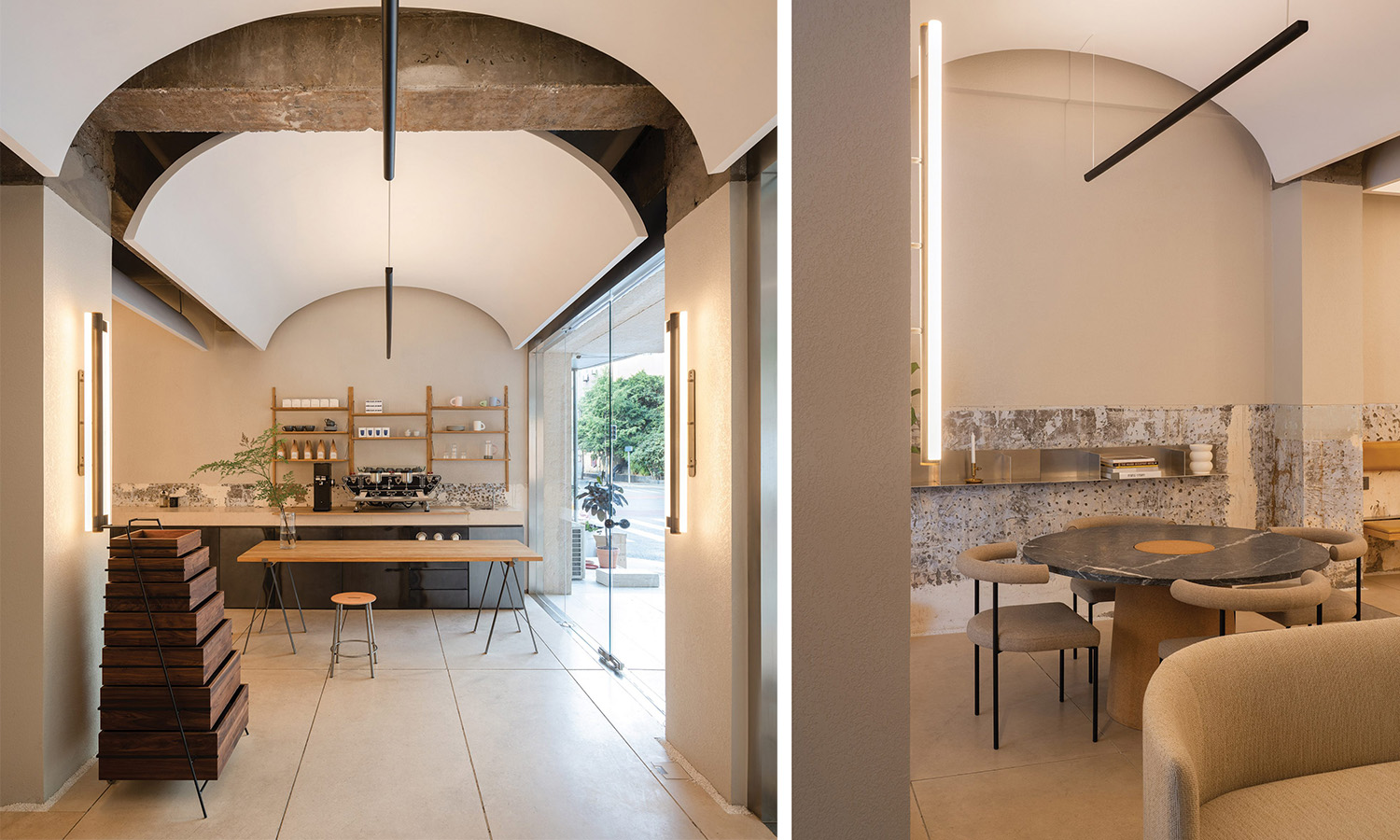 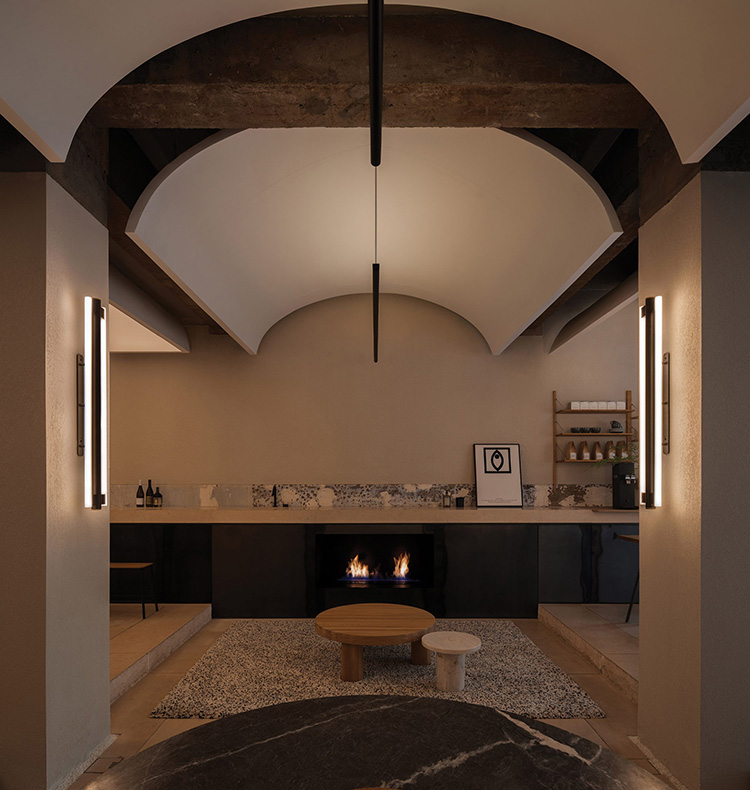 A hidden doorway between the kitchen and the private nook leads to the master bedroom. In here, the designers darkened the wood floor so as to create a cozier ambiance and crafted a wood “leaf vein” patterned backsplash reaching behind and above the bed, in order to further this enveloping feeling. The walk-in closet faces the window – with more of the magnificent park view – and features a doorway that mirrors the corniced, arching window frame in the living space.

Both of the children’s rooms are also tailor-made to suit their residents and mirror the same elegantly minimal yet modern décor of the rest of the apartment. The designers describe them as “distinctively furnished boutique hotel rooms” and – between the tufted leather headboard and polished cement walls of the daughter’s room and the son’s room’s deep walnut wood paneled walls and closet – it’s easy to see why.

But thankfully for this family this isn’t a transient stop towards a destination but the destination itself; a home that is as at once elegant and modern, that provides the best for the family’s needs from their private spot above the trees. 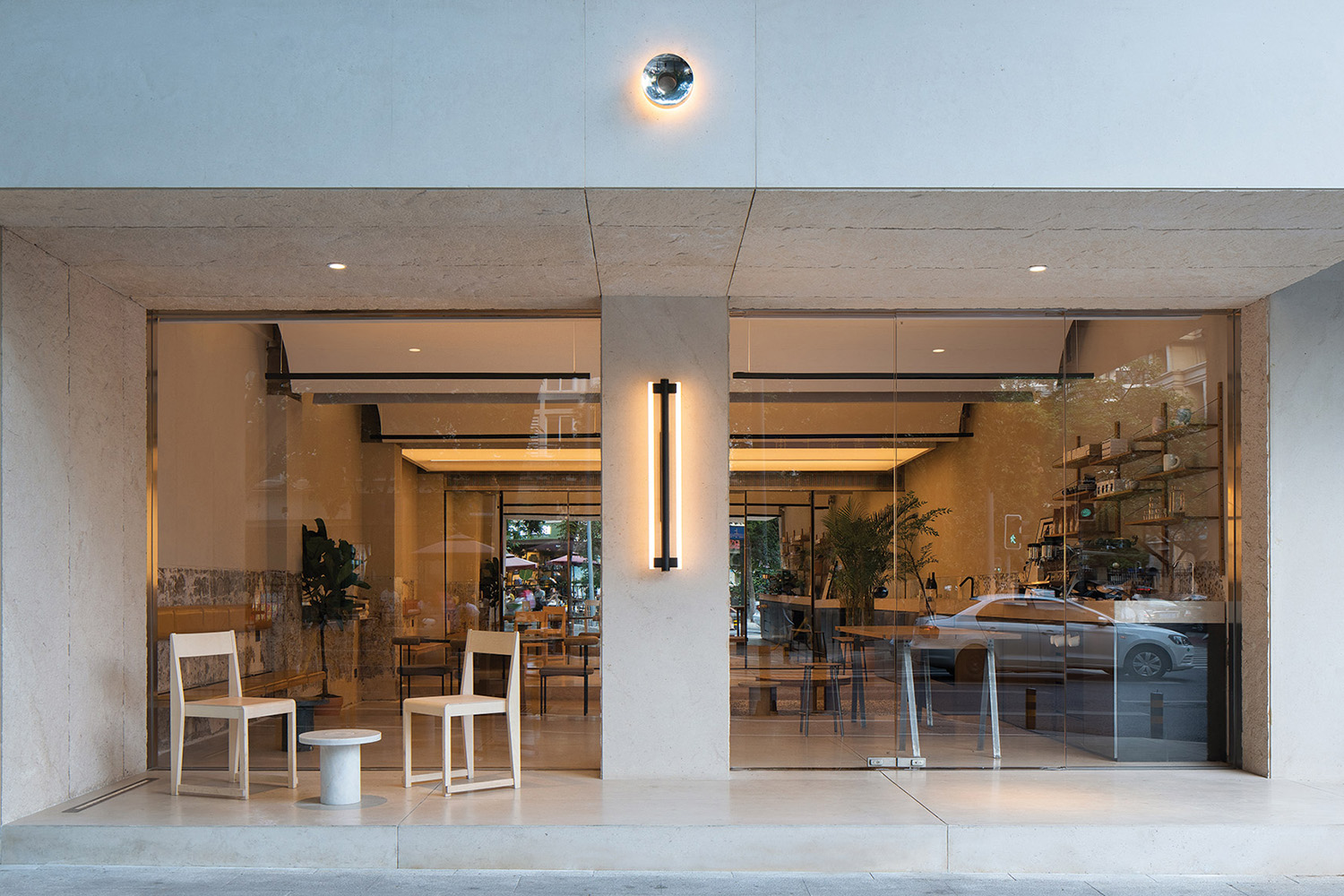 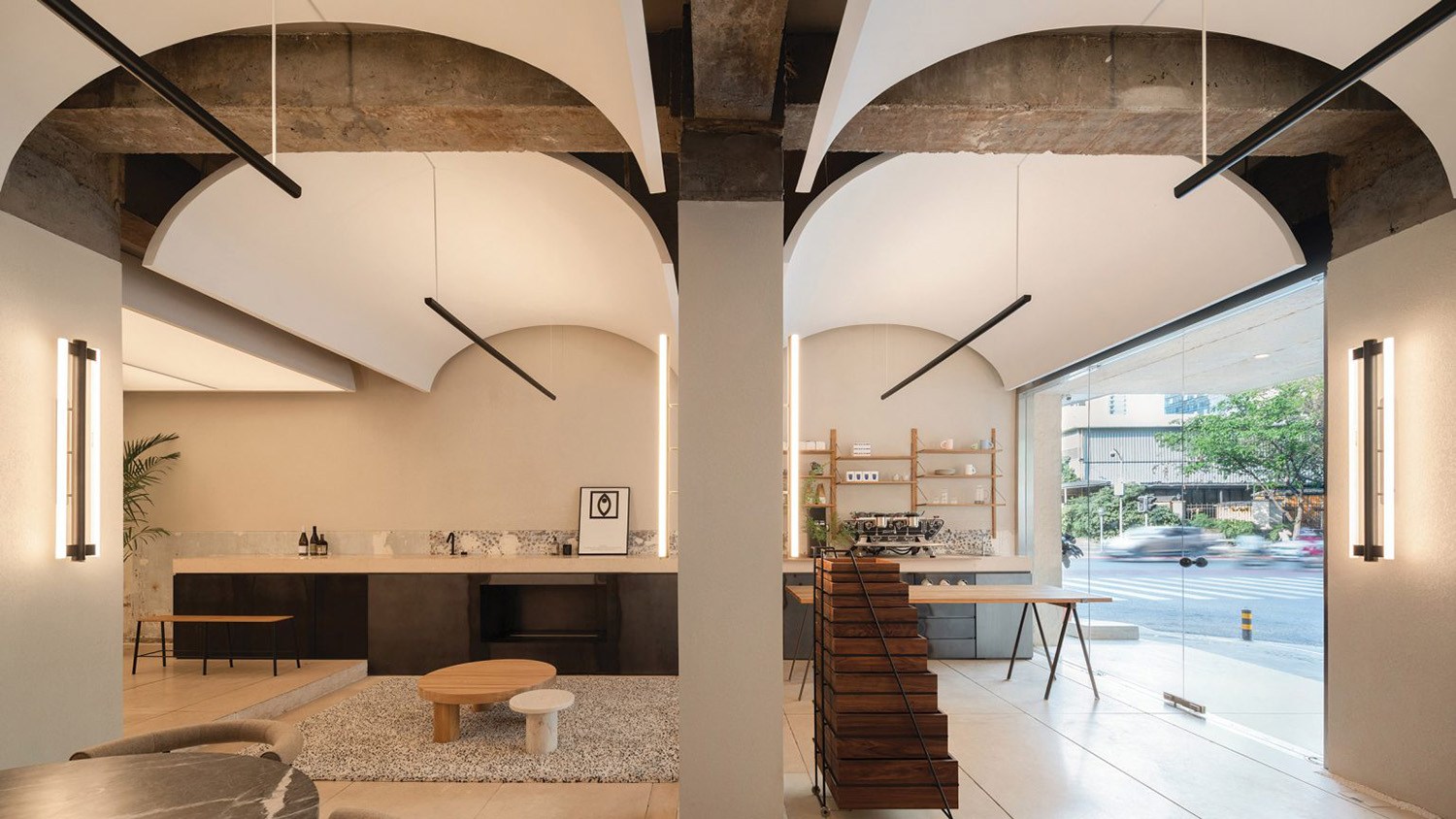 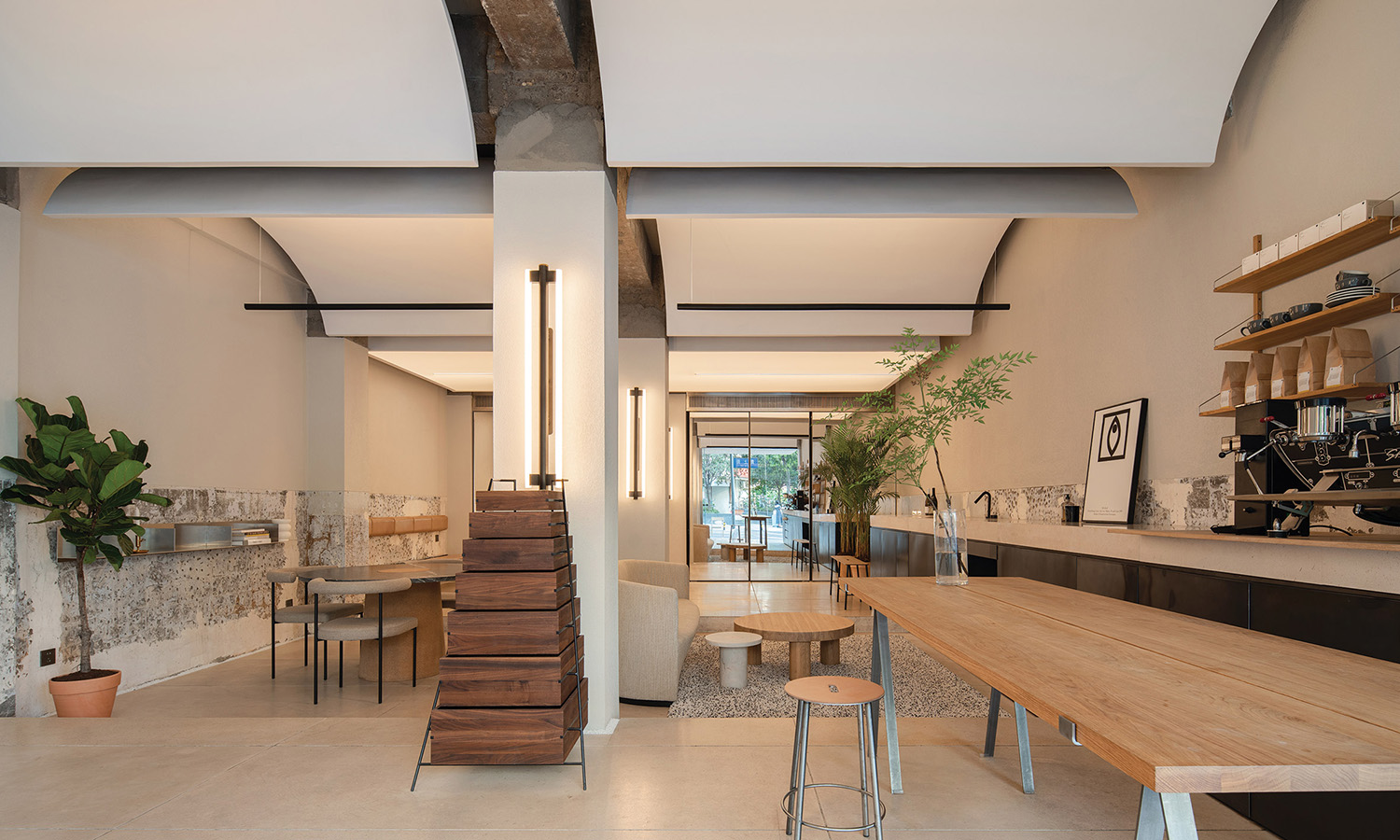 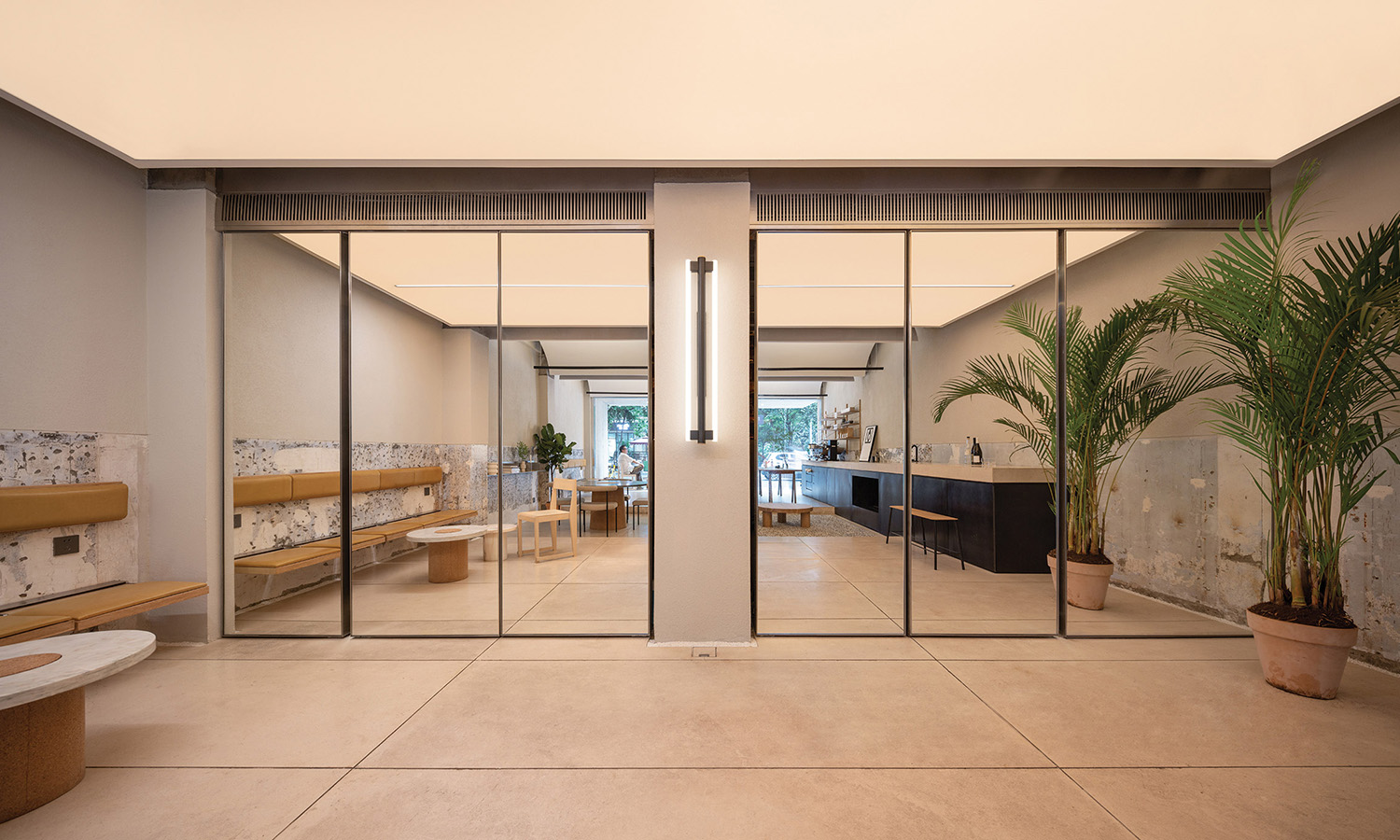 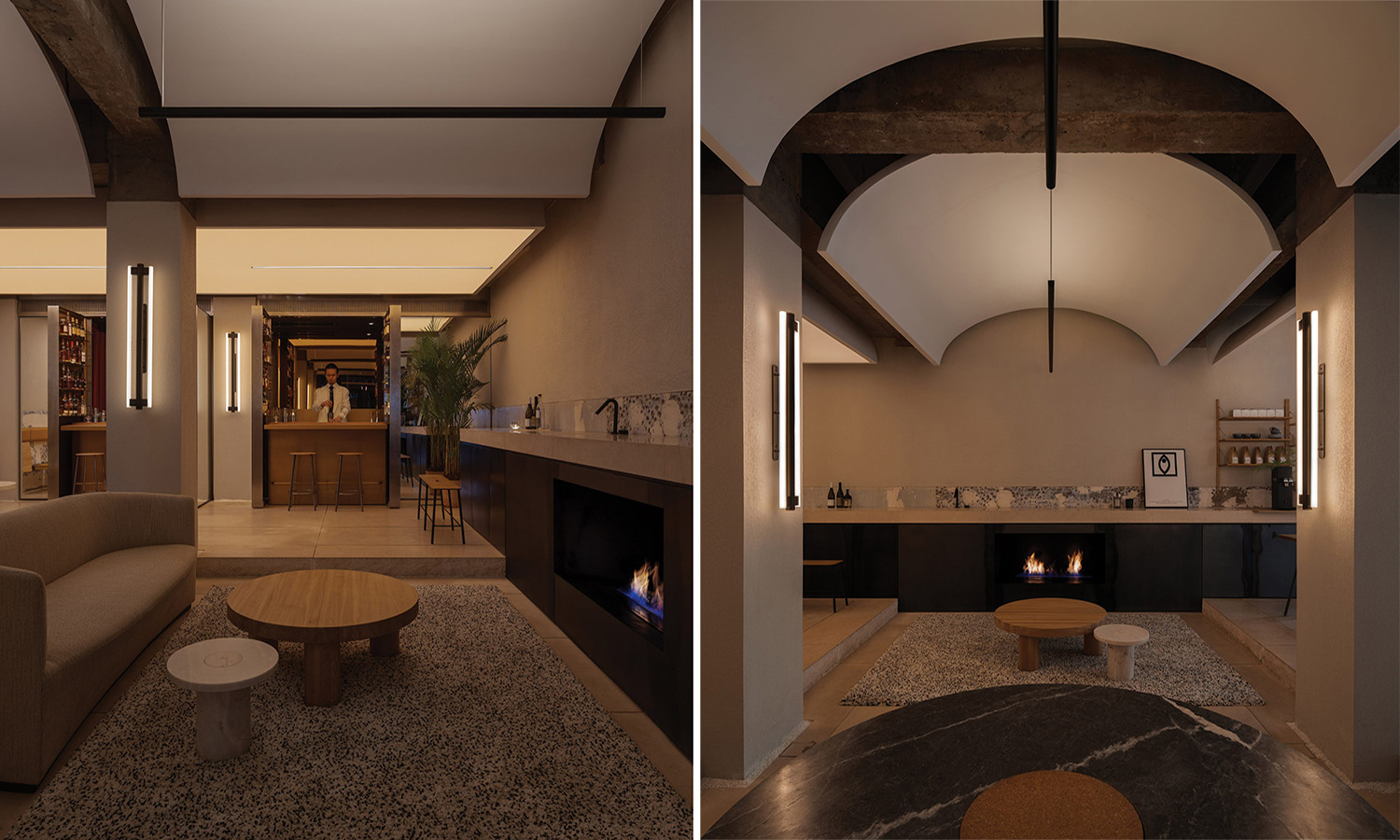 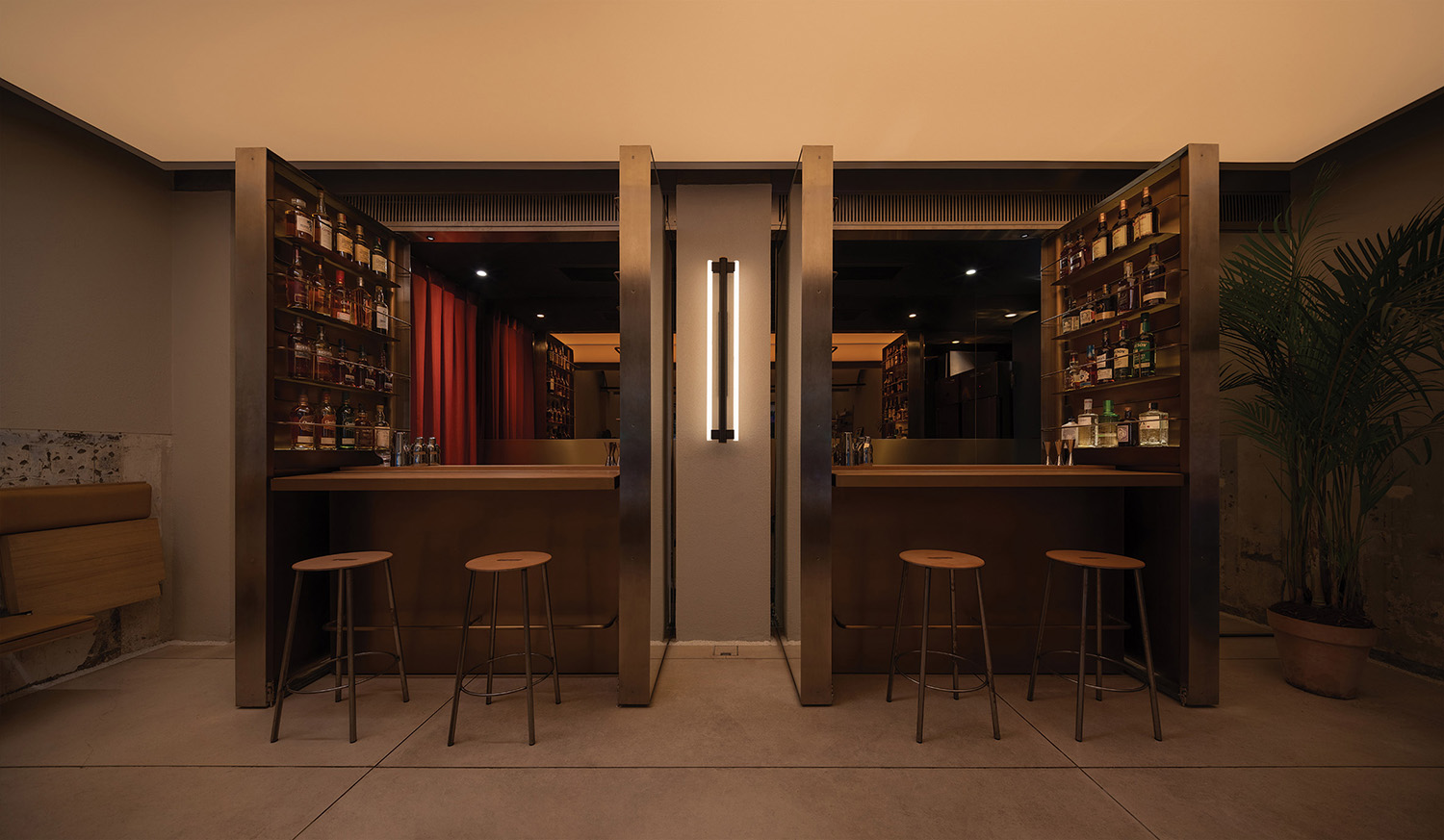