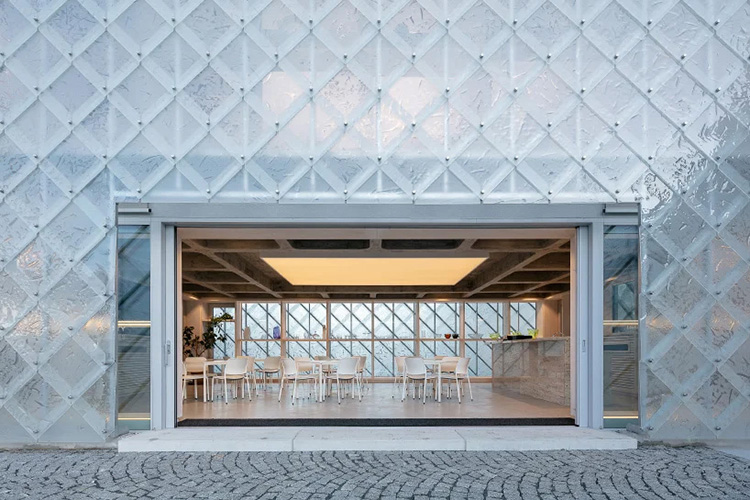 Prague-based architectural studio OV-A has completed the new headquarters of glassmaking company LASVIT. Located on palackého square in the northern czech town of nový bor, The project seeks to regenerate the region’s glassblowing traditions, while restoring some of the town’s historic buildings. in addition, the masterplan sees the addition of a striking new building clad with glass tiles inspired by the surrounding slate roofs. ‘we chose a house used by glassmakers as long as two hundred years ago, and breathed new life into it — a life intertwined with glass and with the roots of this traditional craft in this area, showing how traditional materials can be united with modern design and cutting-edge technology,’ says leon jakimič, president of LASVIT.

LASVIT invited a number of architecture firms to submit proposals for a design that would ‘dazzle and inspire’ yet respect the history of the site’s existing buildings. the brief also called for a scheme that would provide employees and visitors with a pleasant, functional environment. however, the buildings also had to fulfill demanding technical requirements. as LASVIT is known for its intricate and large scale kinetic glass installations that react or move to music, one of the project’s key goals was to include a hall where these works can be displayed under different lighting conditions. Alongside the restored traditional houses, the complex has a new sleek black cement house and a glass house, both designed by OV-A. conceived as a lighthouse, the glass structure is clad with tiles developed specifically for the project by LASVIT. the square glass tile is reminiscent of the shape and application of traditional slate shingles — square templates are placed diagonally, one on top of the other. LASVIT devised a technical solution that gives the glass a similar texture to slate. meanwhile, the façade of the adjacent black house is overlaid with a cement wall tile. 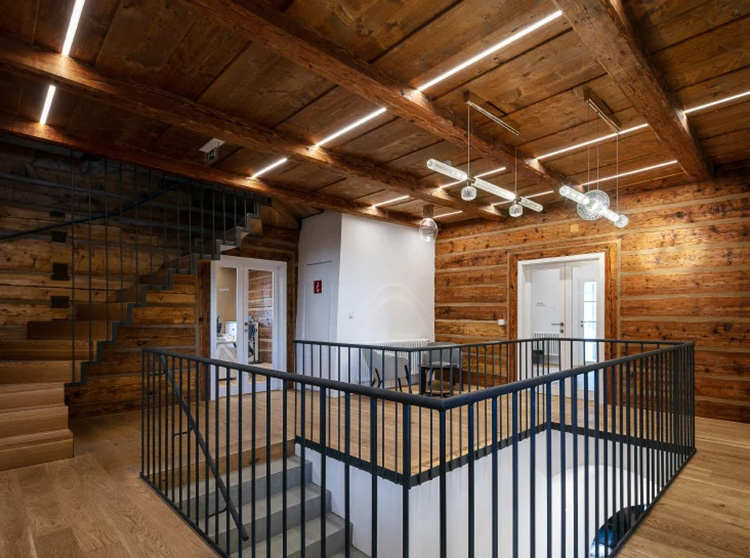 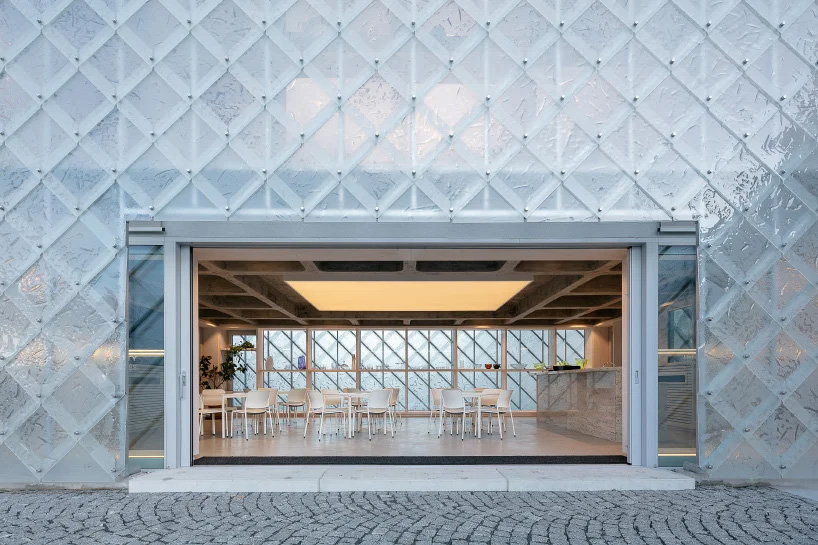 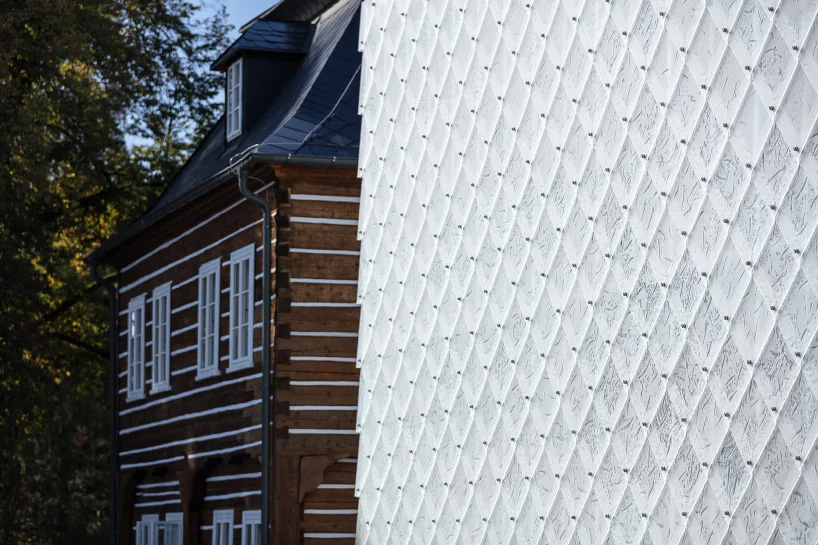 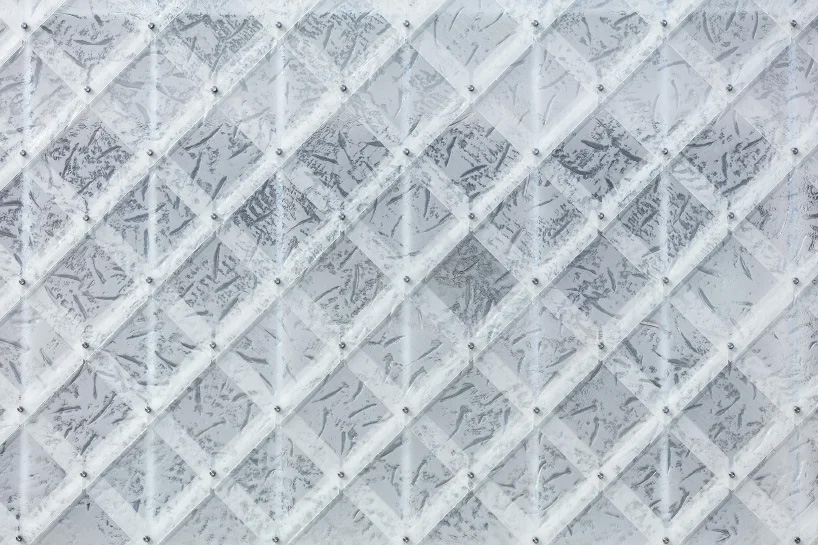 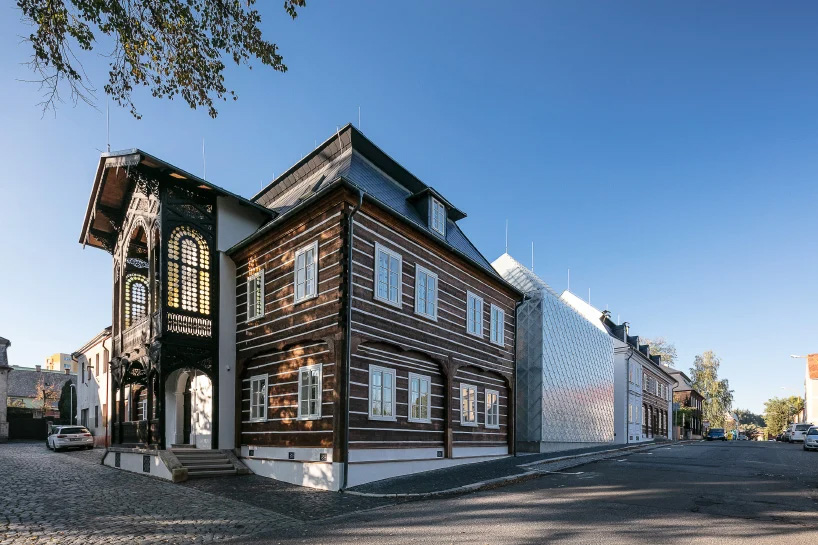 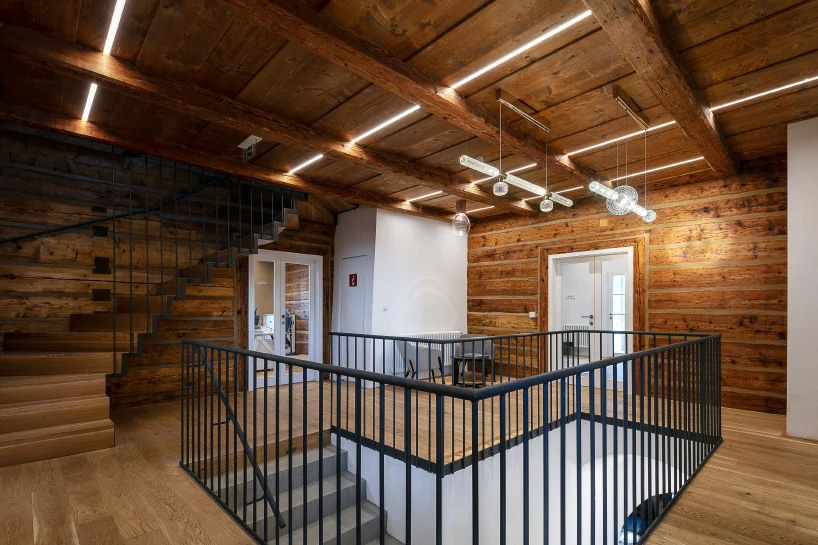 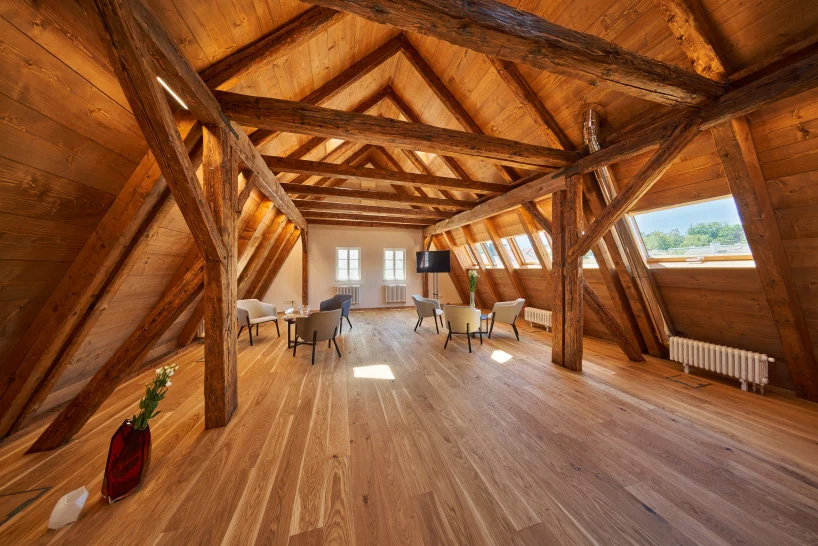 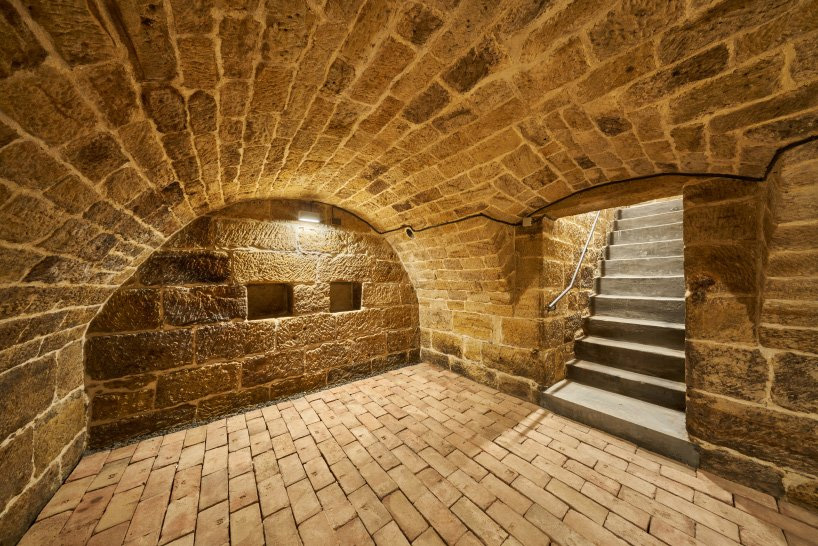 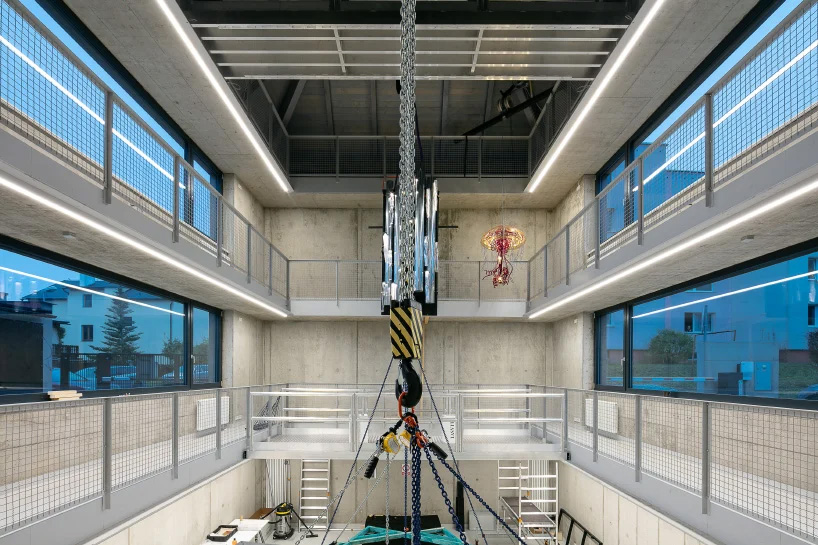 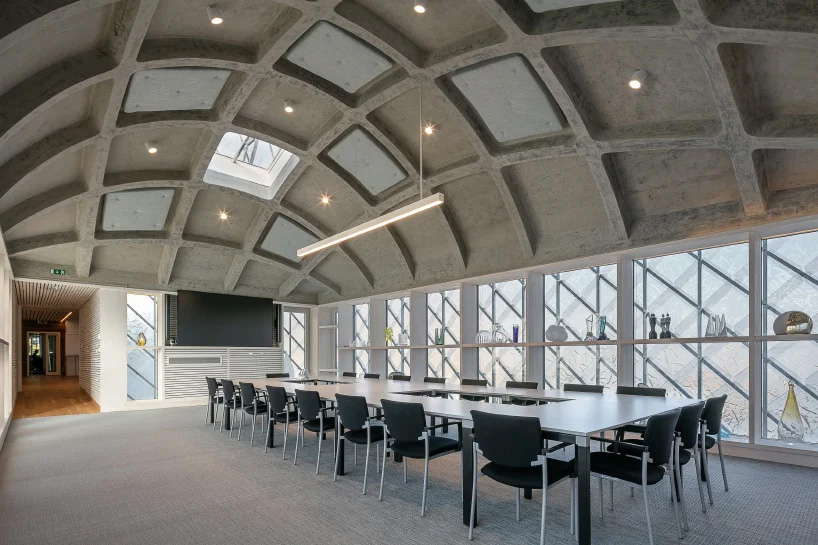