Delvaux, the world’s oldest luxury leather goods house, has chosen New York for its first American flagship store: 650 square metres on Manhattan’s elegant Upper East Side. The exceptional location for this important opening is the Sherry-Netherland building, an architectural jewel of the 1930s, set in the heart of Fifth Avenue. The interior design is by Milan studio Vudafieri-Saverino Partners, which since 2012 has designed the world concept of Delvaux stores, giving each boutique a narrative slant that differs according to the characteristics and culture of each city.

The New York flagship store brings all the savoir-faire and elegance of the Belgian Maison to the Big Apple. Architects Tiziano Vudafieri and Claudio Saverino have created a space that combines Delvaux’s ironic, eccentric interpretation of luxury with robust citations of Flemish design and decorative arts. A space that also pays tribute to the vibrant energy of Manhattan and its ability to reflect the eclectic, multi-cultural spirit that distinguishes the city. 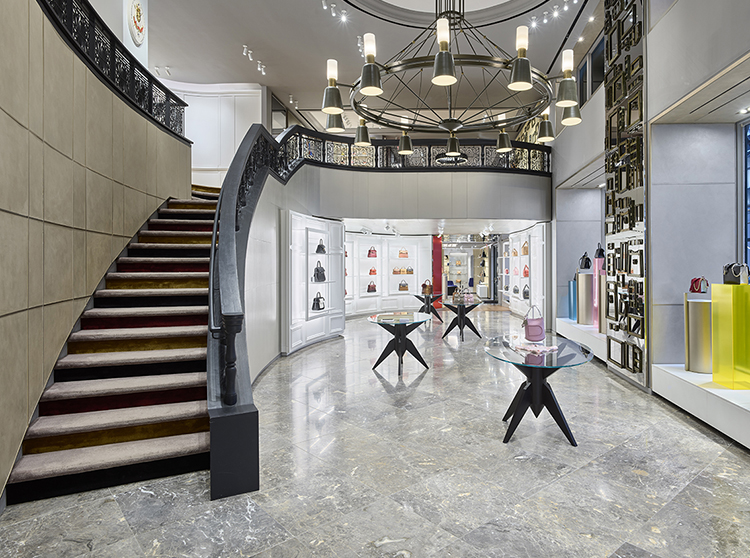 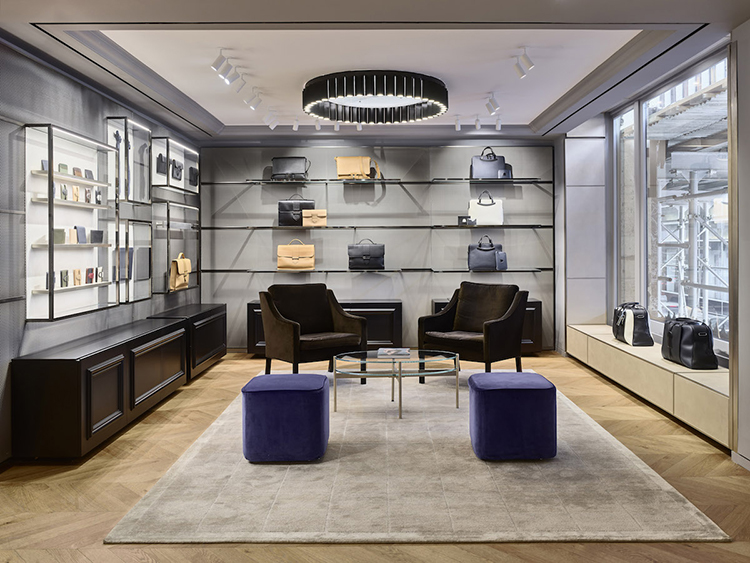 The boutique is located in the former premises of La Vieille Russie, a famous New York antiques gallery, in a skyscraper that looks out onto Central Park and is surrounded by some of the city’s most iconic buildings. Developed on two levels, the renovated space respects the original genius loci of the building, with a consideration for pre-existing features that distinguish the language of Vudafieri-Saverino Partners. These include the original architectural space, a place steeped in art and design, along with the ancient balustrade of the internal staircase which have been preserved and adapted according to the Delvaux boutique concept.

Interior design takes inspiration from the living room of Palais Stoclet, a Belgian symbol, with the idea centered around Maison’s belgitude. The New York boutique also indulges in decoration and materials: Calacatta Vagli marble, small geometric upholstery, hints of ebony. Some of the distinctive elements within the Delvaux concept, such as the iconic curved boiserie, even form part of its context.

Entering the store from Fifth Avenue, a reproduction of the original revolving door leads into the world of Delvaux in the form of a spacious, scenic room. Here the Gris des Ardennes marble floor – a further reminder of Belgium, of which the stone is typical – interacts with the imposing 5-metre-high mirror column. Inside leather-cutting templates, period pieces from the Delvaux archive, are on display: a composition that evokes an abstract painting and creates a refined mise en scene of the Maison’s savoir-faire.

Vintage tables by Emiel Veranneiman, a true master of Belgian design, make their presence felt in the centre of the room. The original staircase, its steps ironically covered in the colours of the Belgian flag, takes us to the upper floor where the balustrade overlooks a spectacular central chandelier in burnished brass with a diameter of over 3 metres, which once illuminated a Flemish church. 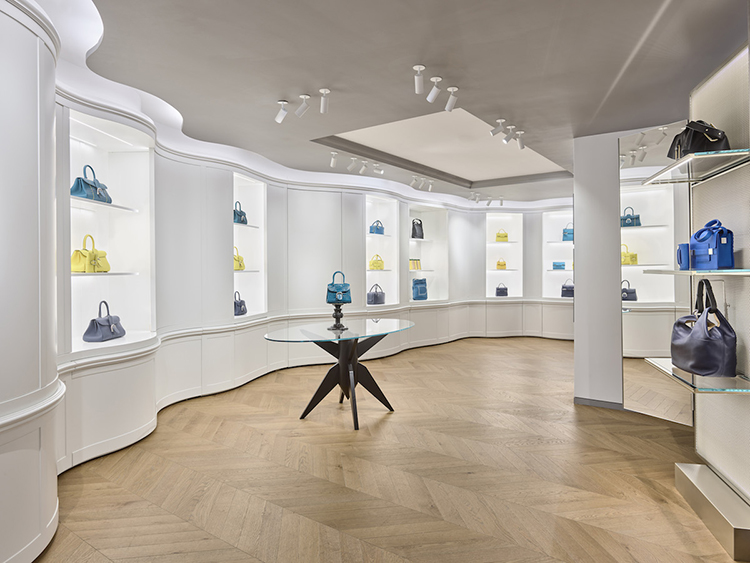 Spaces on the upper level become more intimate and private. The white curved boiserie leads to the VIP Room, an elegant room open to the public and boasting a unique view of Fifth Avenue and Central Park. Here the large windows dialogue with the velvet seats and the marble and ebony display panels.

Among the room’s distinctive features are the Versailles parquet floor, 18th century French Regency table that once belonged to financier George Jay Gould I and brought back to Manhattan by Delvaux, and Veranneman‘s elegant console table. Maison’s creations meet pieces of decorative art worthy of a museum collection, welcoming New Yorkers discover Delvaux values: a combination of savoir-faire, timeless tradition and innovative spirit. 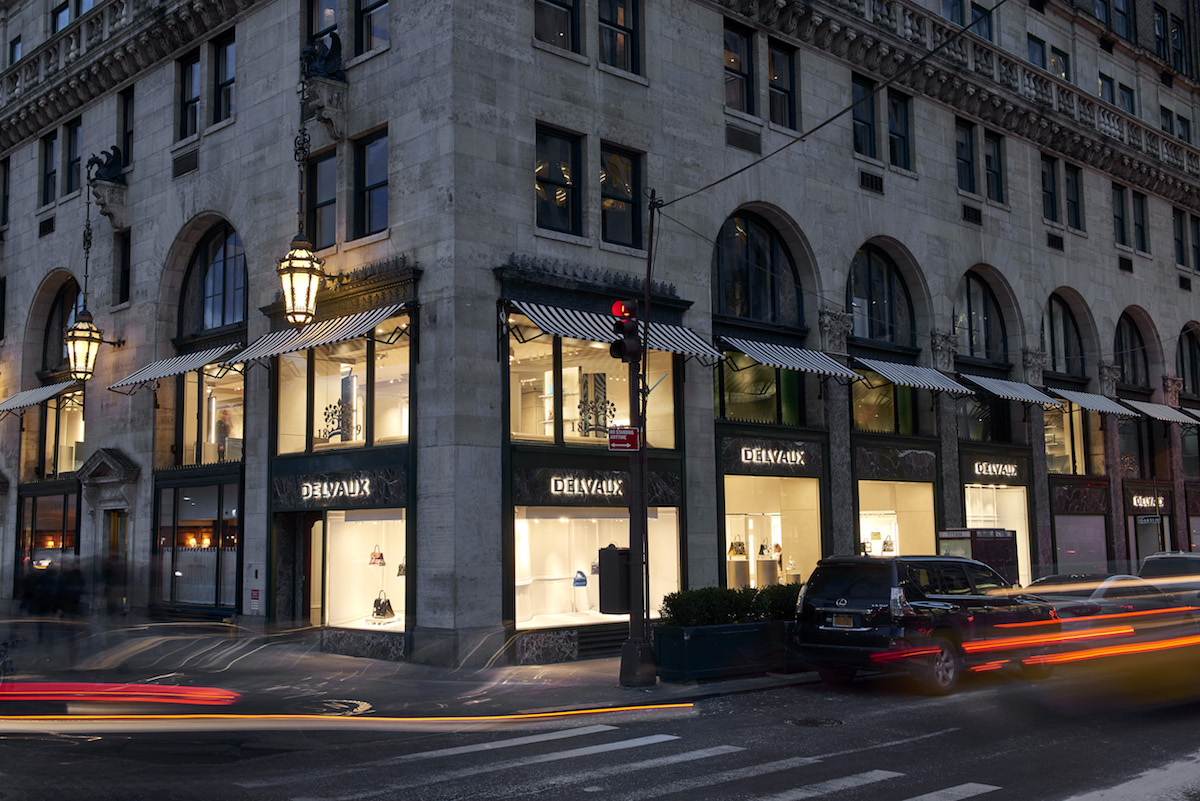 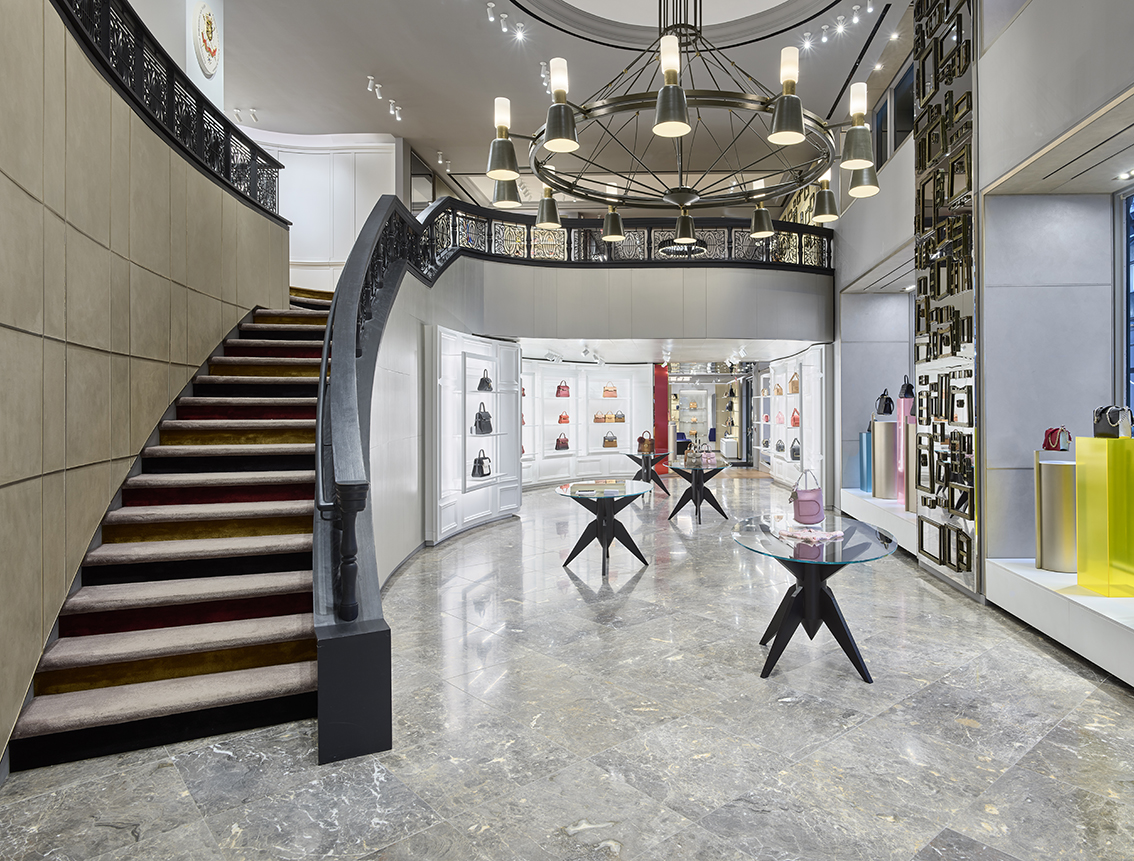 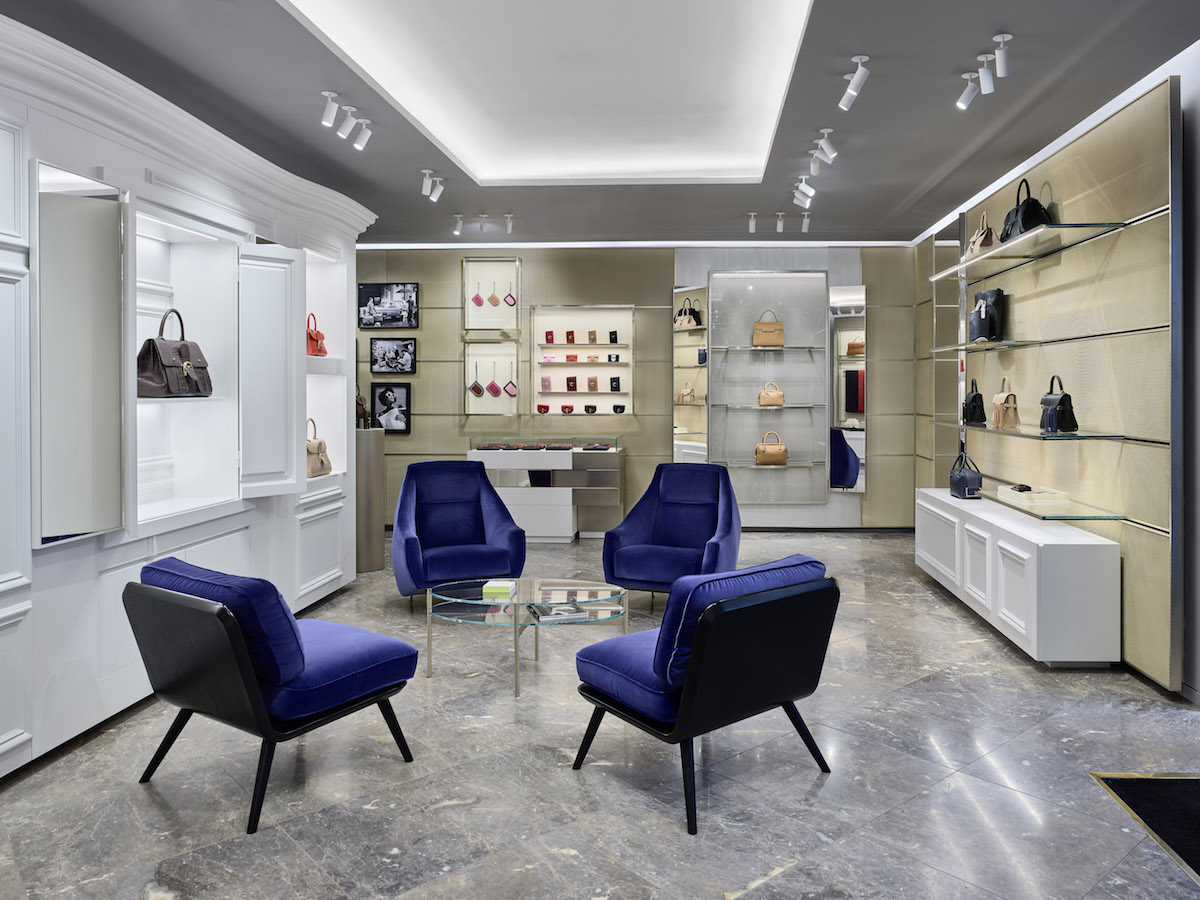 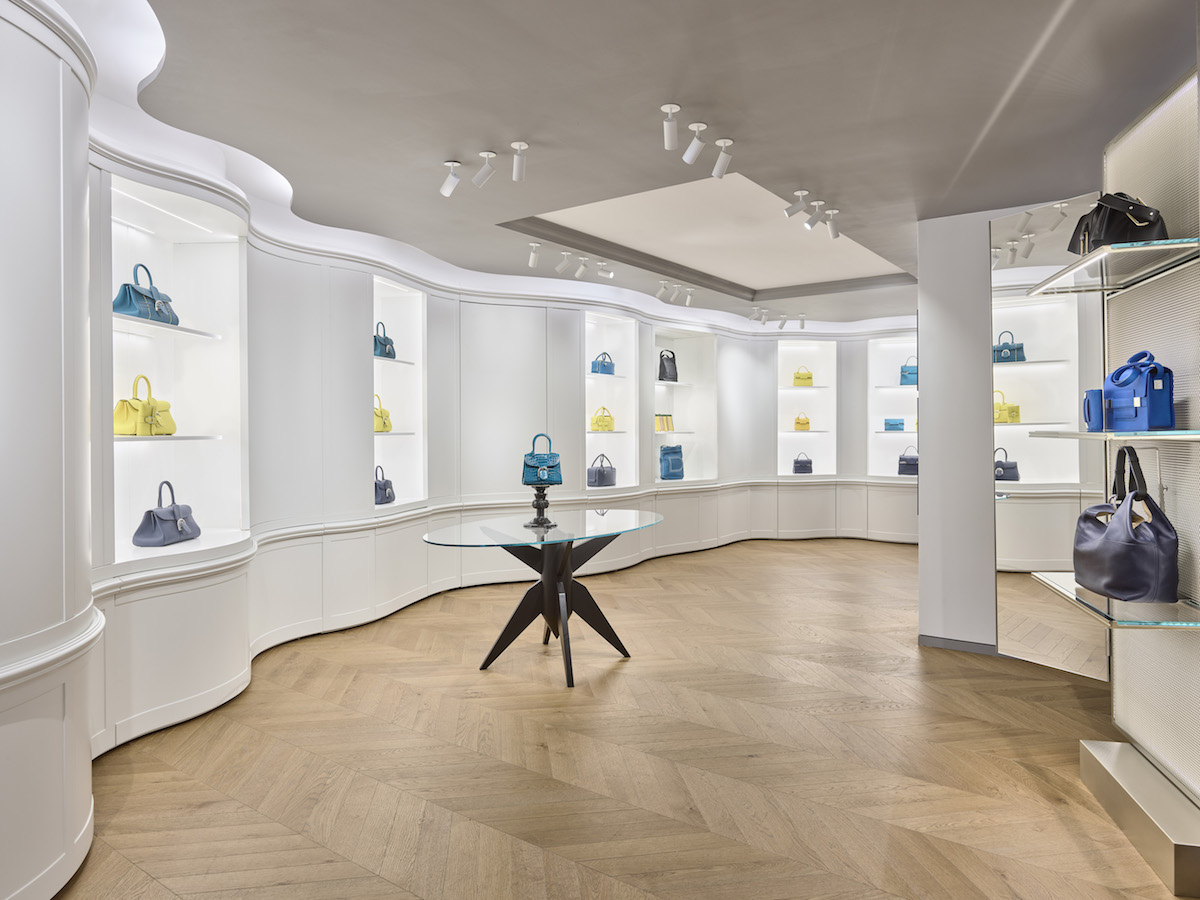 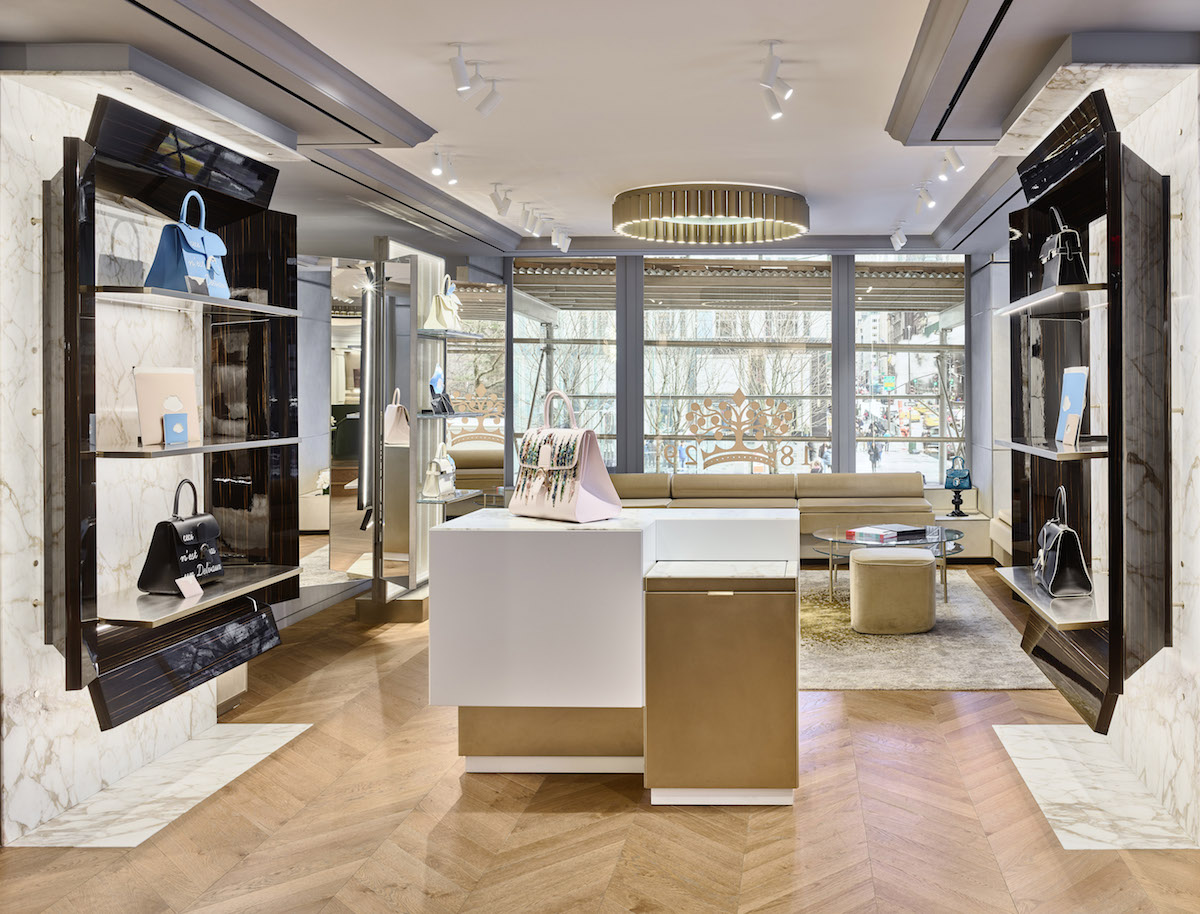 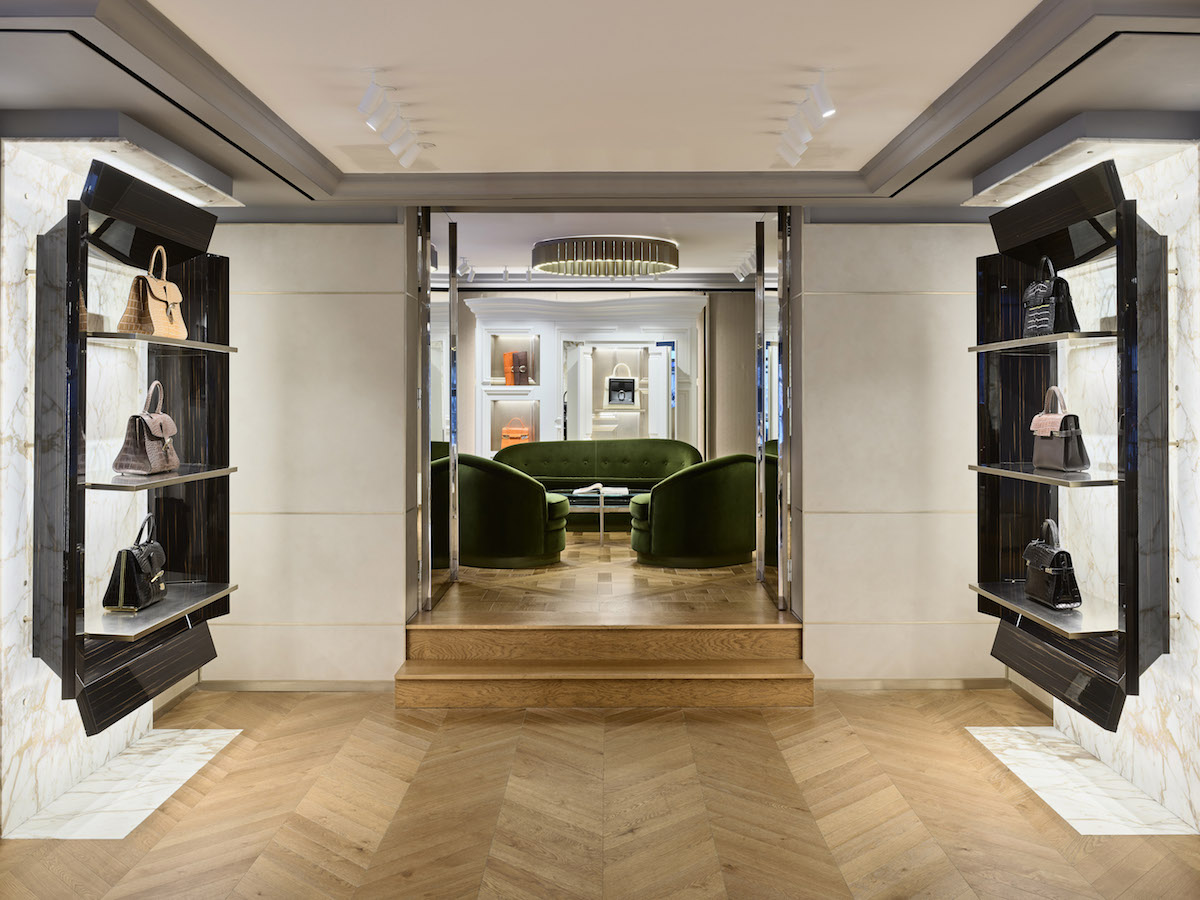 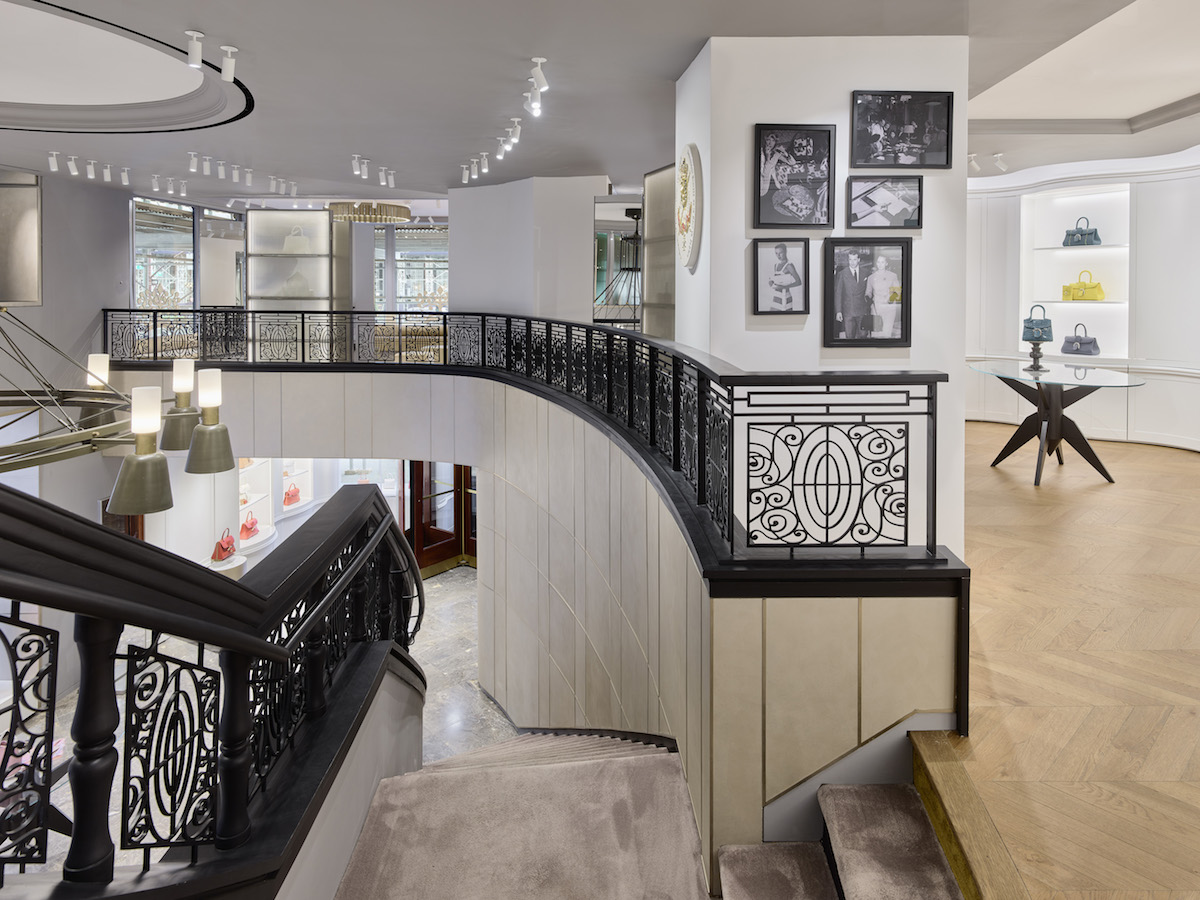 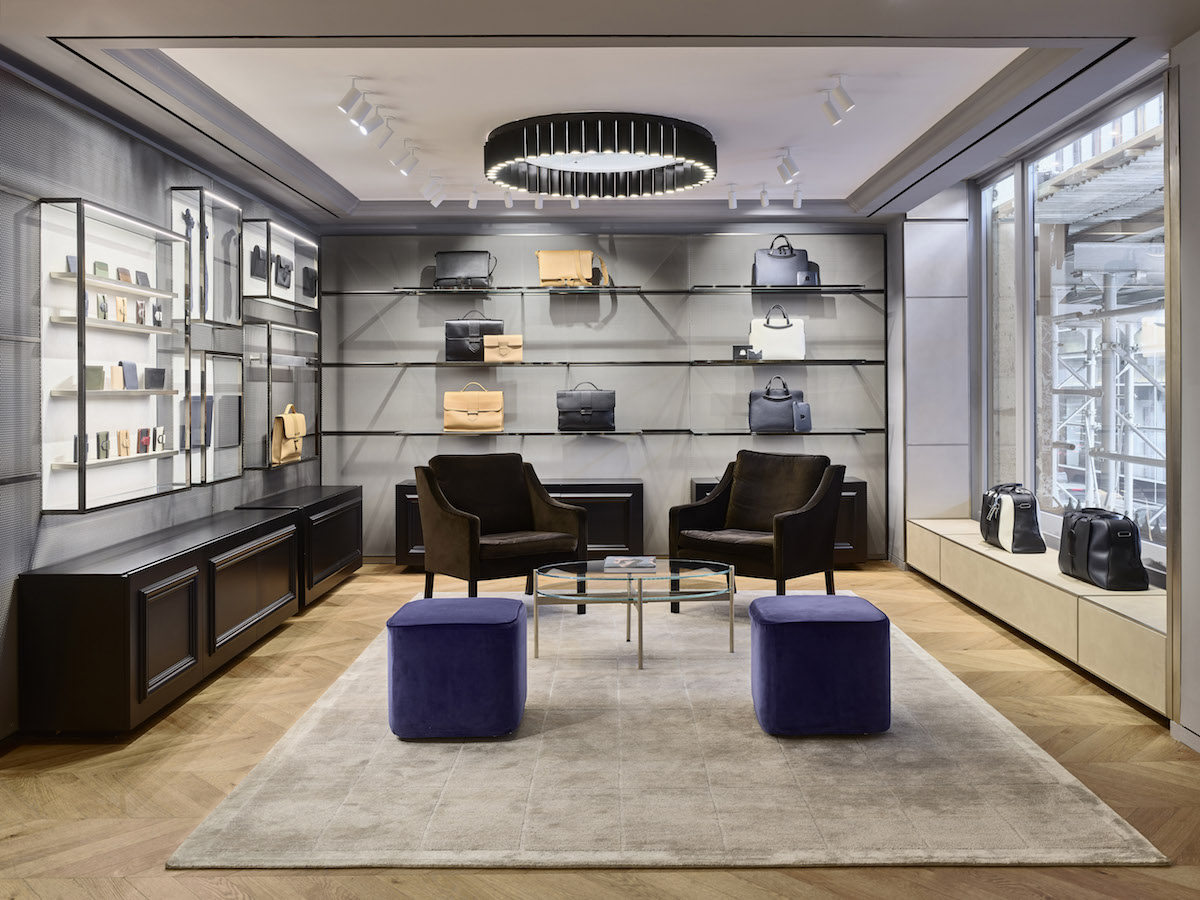 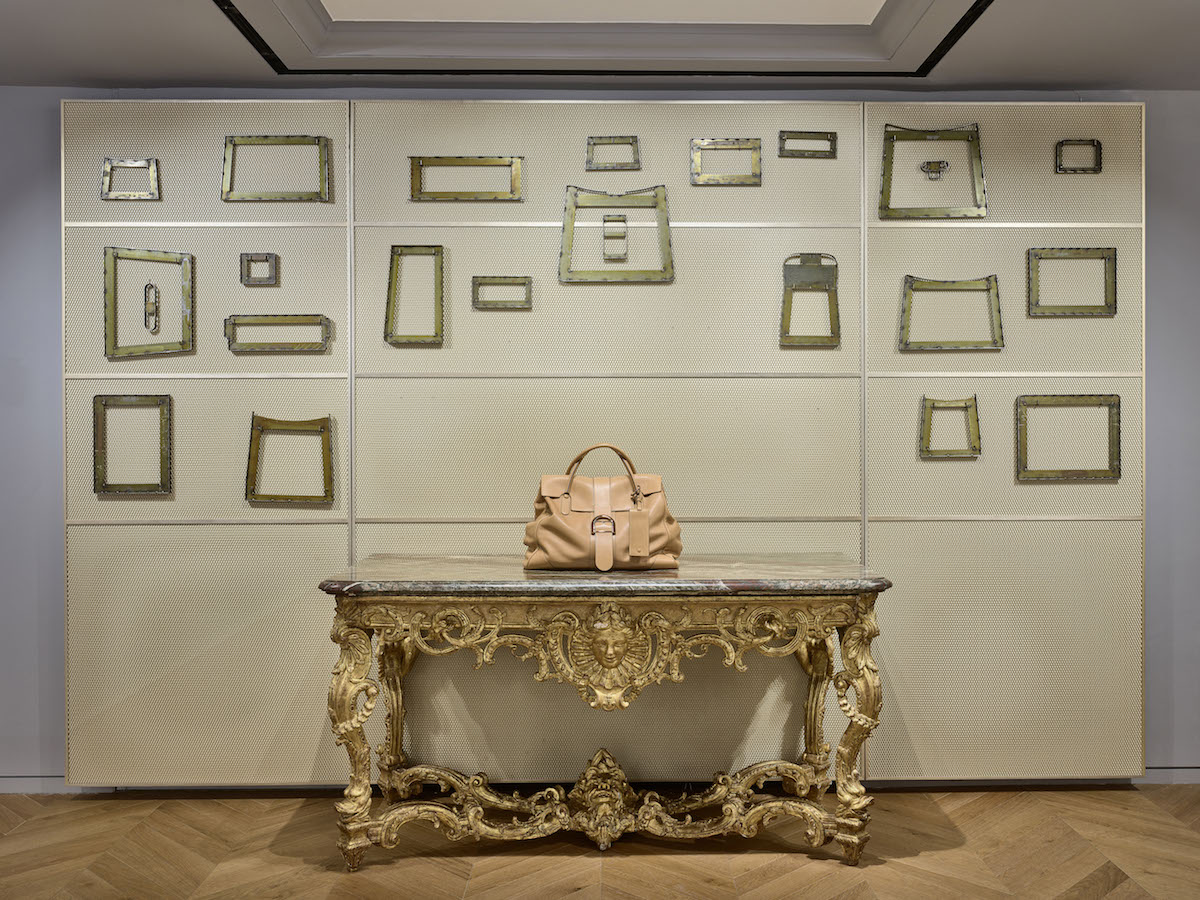