With the introduction of the new range of smart watches, gadget lovers the world over are celebrating their arrival. One of the most comprehensive of these in terms of usability and unique features is the Samsung Galaxy Gear Smartwatch, an accessory to the Samsung Galaxy Smartphone.

Weighing in at a mere 73.9g, this little gem incorporates a 41.4mm colour screen plus a 1.9 megapixel camera, and that is just the beginning! With the contemporary appearance of a well designed digital timepiece, the Galaxy Gear is a valuable aid in social situations, allowing the wearer to screen all incoming calls and messages at a glance, make hands free calls with its handy built in speaker, set the alarm and take it along when they are jogging to be used as a pedometer,

Connected to the Galaxy Smartphone, it has a safety device to ensure that the phone screen is automatically locked when exceeding a range of 1.5m, resuming the connection when close by once again. A failsafe location finder is also built into the watch for those who misplace their phones. The Galaxy Gear will be launched in a variety of colours, jet black, mocha grey, wild orange, oatmeal beige, rose gold and lime green. A wide range of inbuilt features permit the watch to be personalised with 10 different clock options and many more are downloadable via Samsung apps! 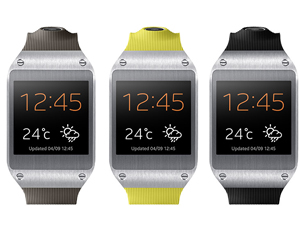 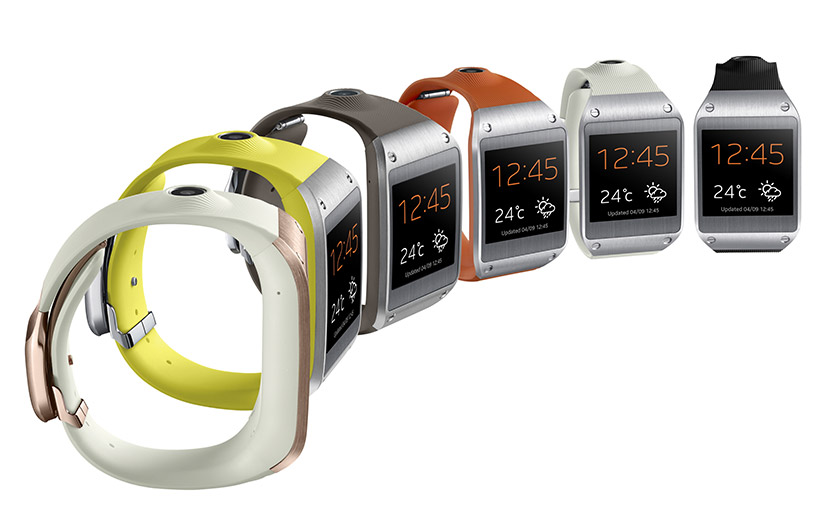 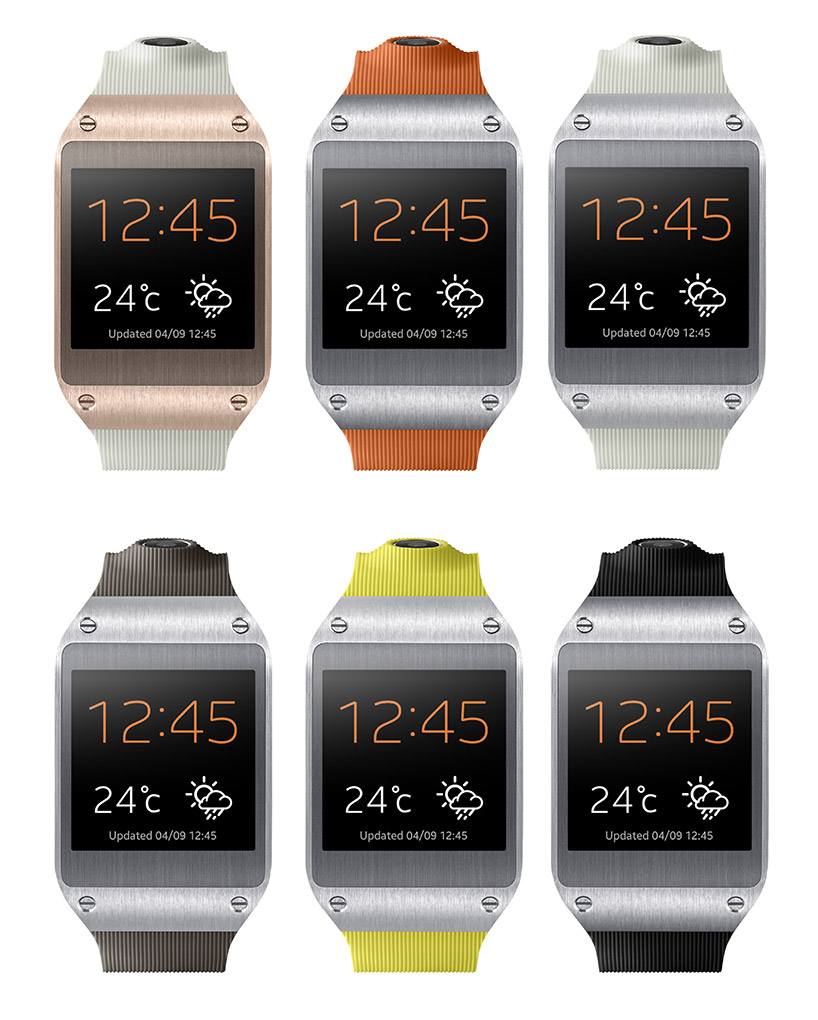 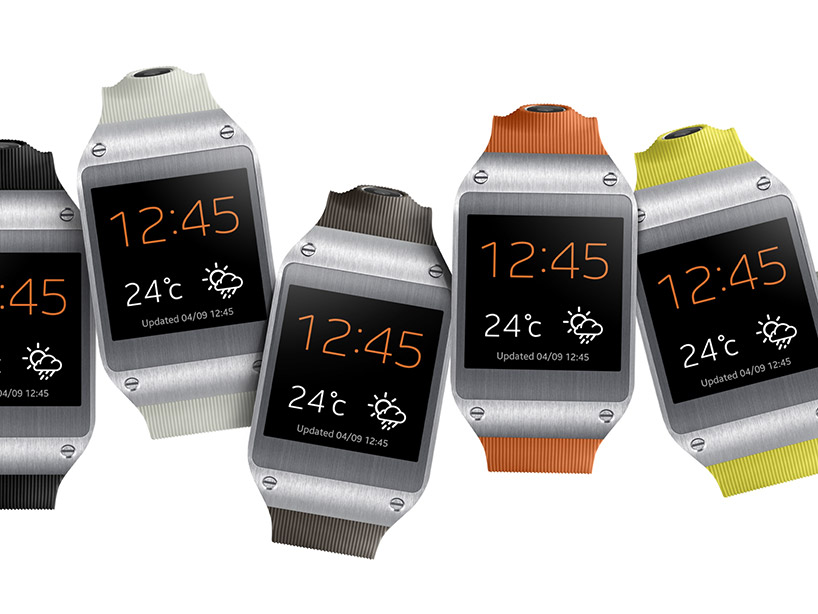 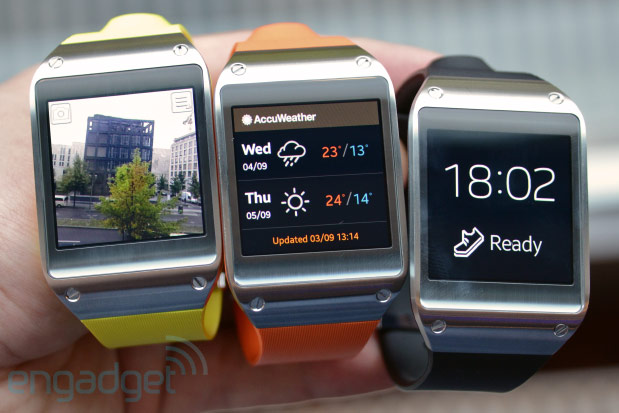 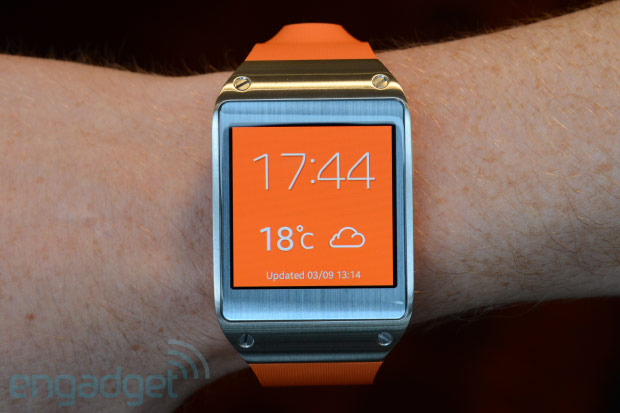 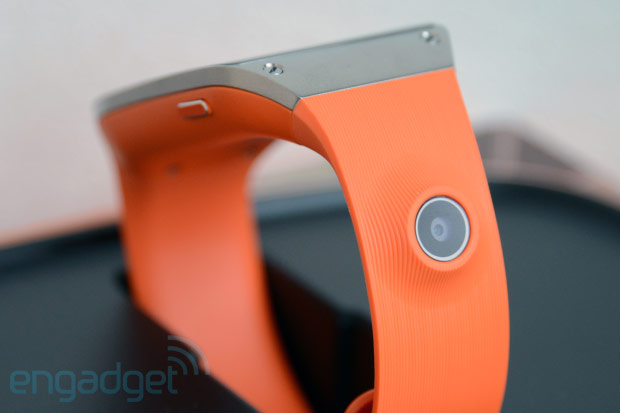 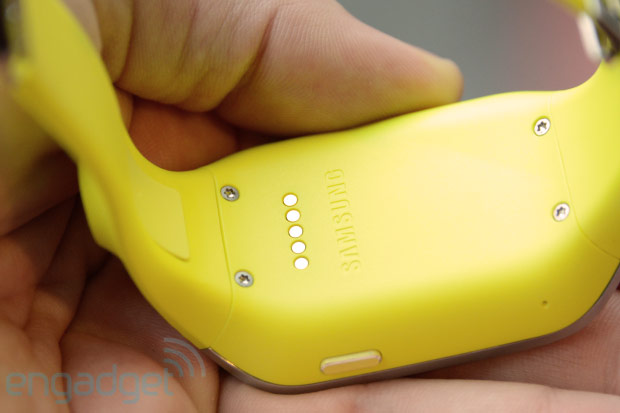 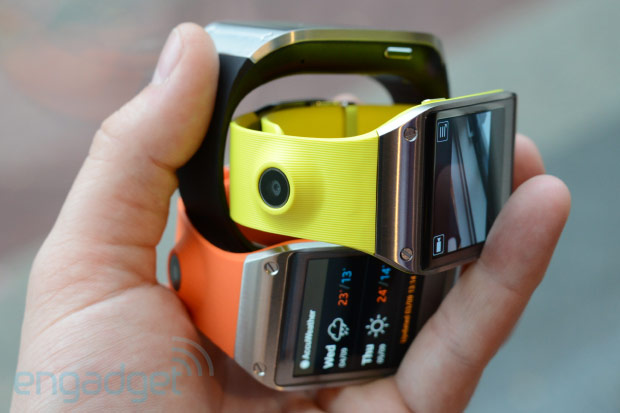