Housed in a former warehouse of carpets, the restructuring of Via Morigi loft in Milan has resulted in an elegant and welcoming open plan obtained by color and natural materials choices. Everything is based on the centrality. The choice, dictated by the desire to dedicate ample space to the living area, makes the fluid environments, where practicable, to a formal minimalism, are accompanied by the simplicity of the furnishings and neutral tones. Articulated thanks to the creation of scenes that allow you to obtain service areas such as a laundry room and a kitchen annexe to which is annexed the access to coverage scale, the living area is accompanied by a local flexible study that can be open or protected thanks to the realization furniture panels, two bedrooms, a service block with turkish bath and a spacious living room with kitchenette.

Elegant and harmonious, the whole loft is illuminated by a series of large windows (with a toggle opening) and two large skylights plans. Walls and ceilings are made of a special mixture obtained from smoothed exposed concrete inside of which are in white marble powder were mixed aggregates and sand of Ticino to 10%. As white cement binder and photoactive titanium dioxides. For the floors of the living area and bedrooms the choice has been to use natural oak flooring brushed and oiled, for coatings bathrooms Pitch Black with strips.

With formal and chromatic cleansing, even the architecture of this loft is the development of harmonious spaces that are achieved one after the other without interruption. The result is that of a minimal environment, non-invasive that at the same time all envelops and warms. 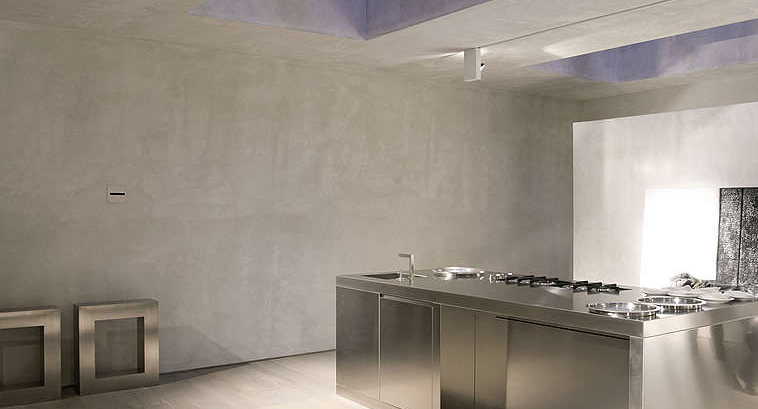 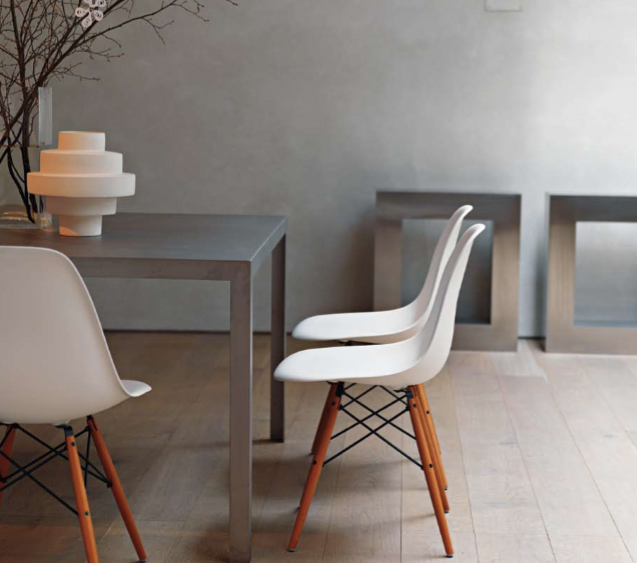 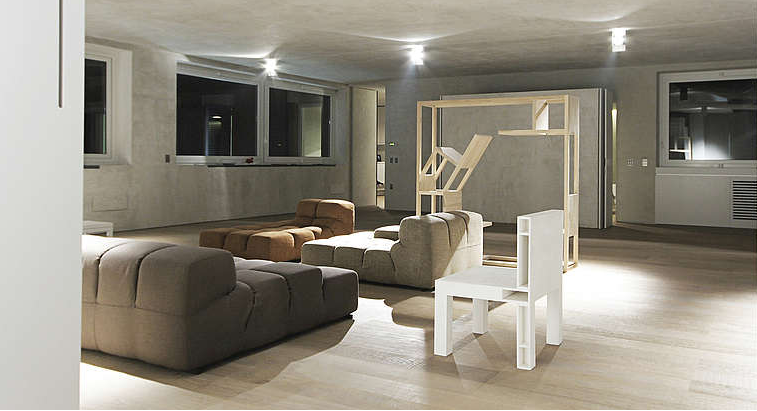 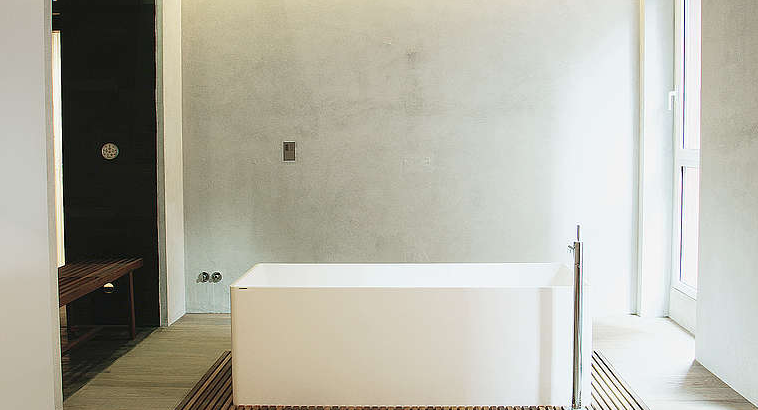 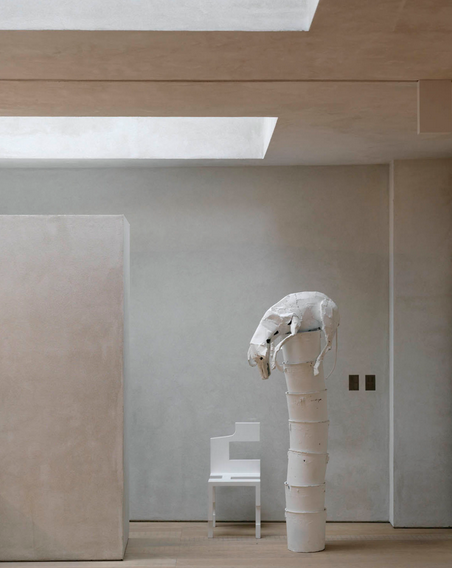 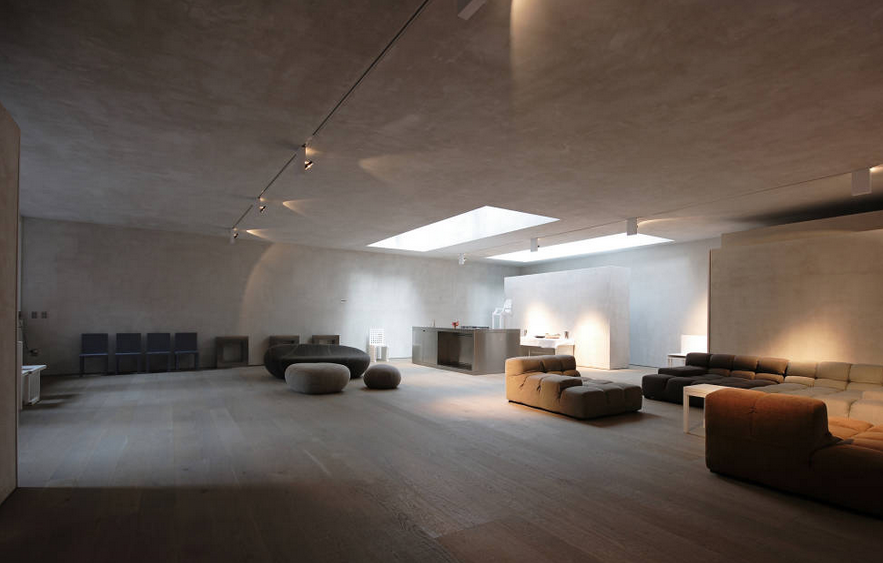 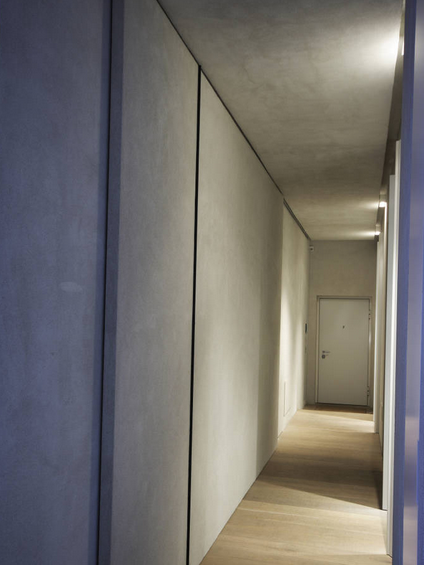 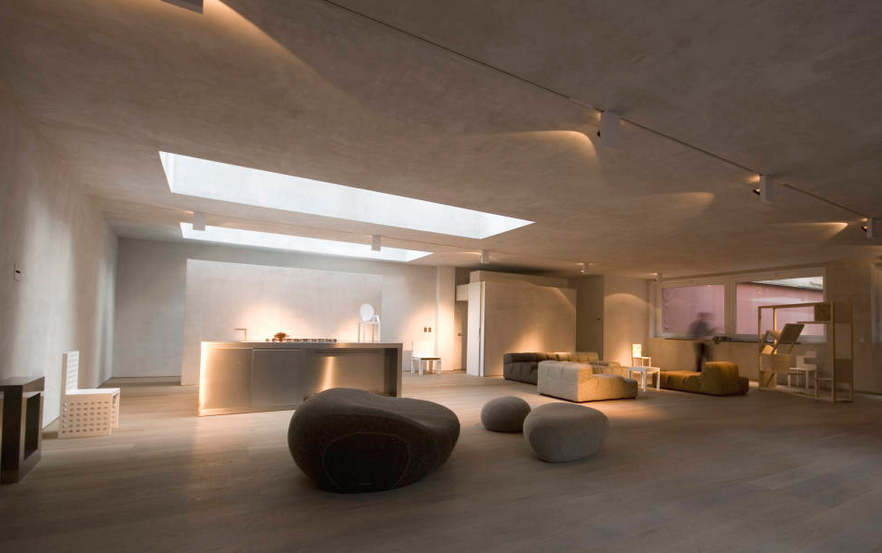 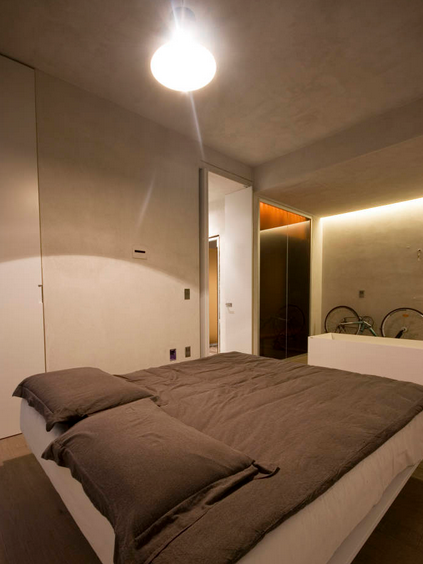