The Rusted Bookshelf by Eleftherios Ambatzis

The Rusted Bookshelf is a design project undertaken by Greek architect and designer, Eleftherios Ambatzis. The task at hand was to create an object or screen which would visually divide a poolside terrace into two distinct spaces. Rather than a simple screen, the designer created a functional object with a powerful sculptural element, a double sided bookcase.

Supported by two columns, the geometric shapes which refer to the architecture of the home, divide the space becoming more transparent as it gains height, culminating in a simple framework as it reaches the highest level, this avoids a feel of bulk and retains a sense of sculptural elegance and clarity.

By oxidizing the metal, a glorious russet color is revealed which relates to the surrounding trees and adds a further innovative aspect to the design. The final touch was the application of varnish to produce a soft glow to the object, aiding its integration into the space. This is the fourth impressive sculptural bookshelf designed by Eleftherios Ambatzis following Tetris, Cabinet of Wonders and Swapping Bookshelf. 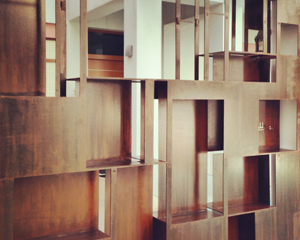 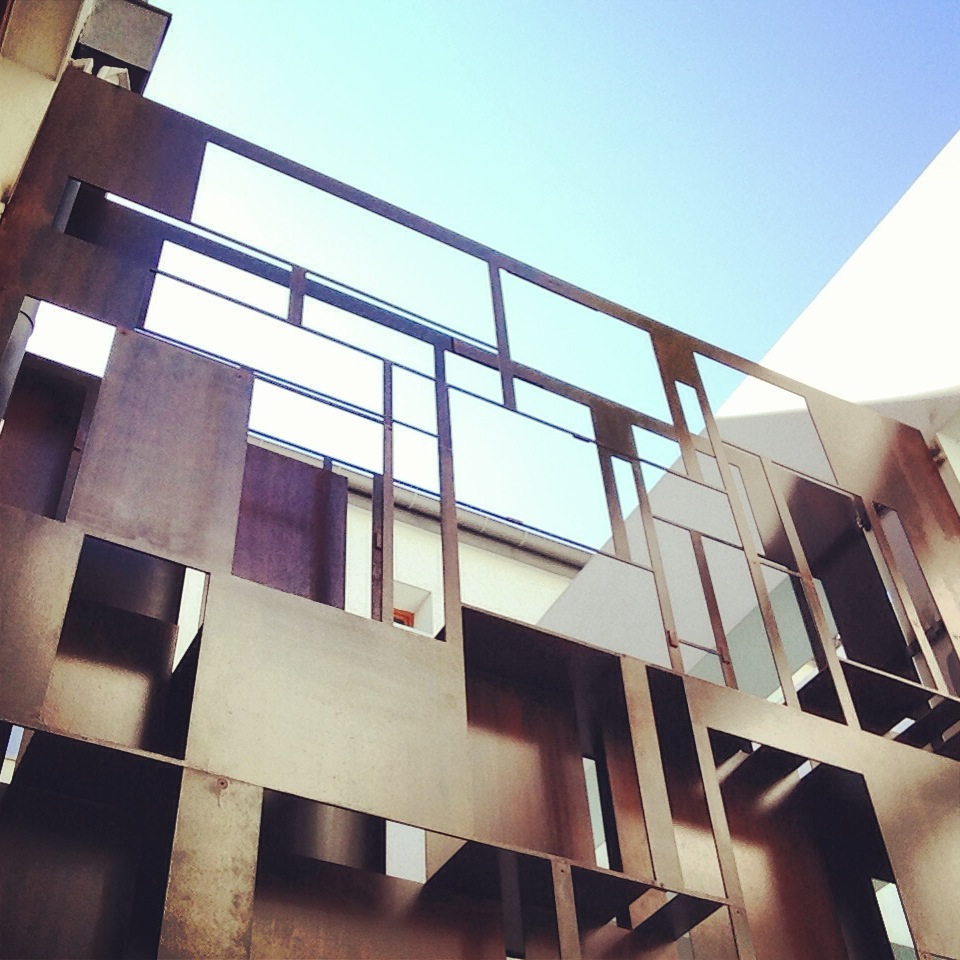 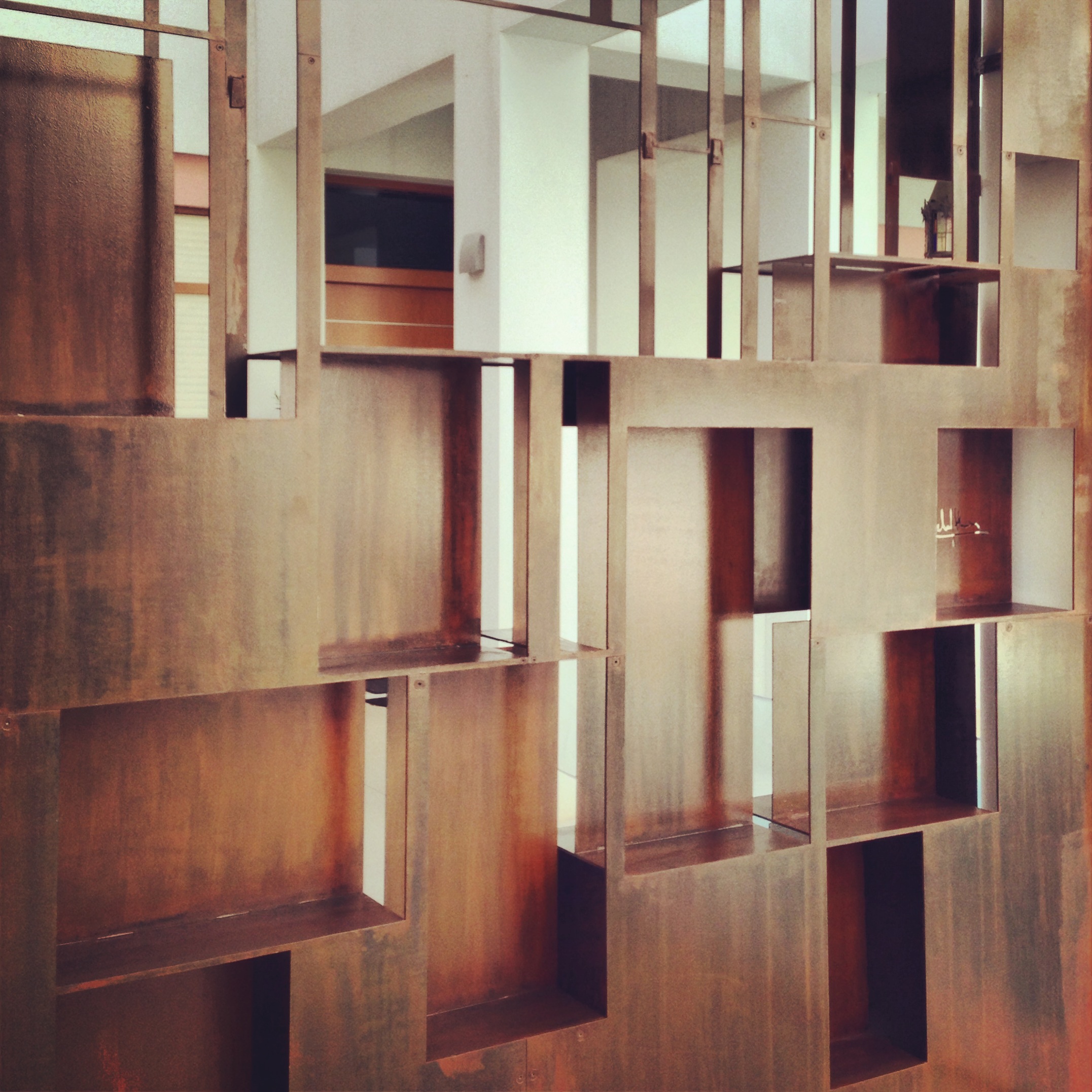 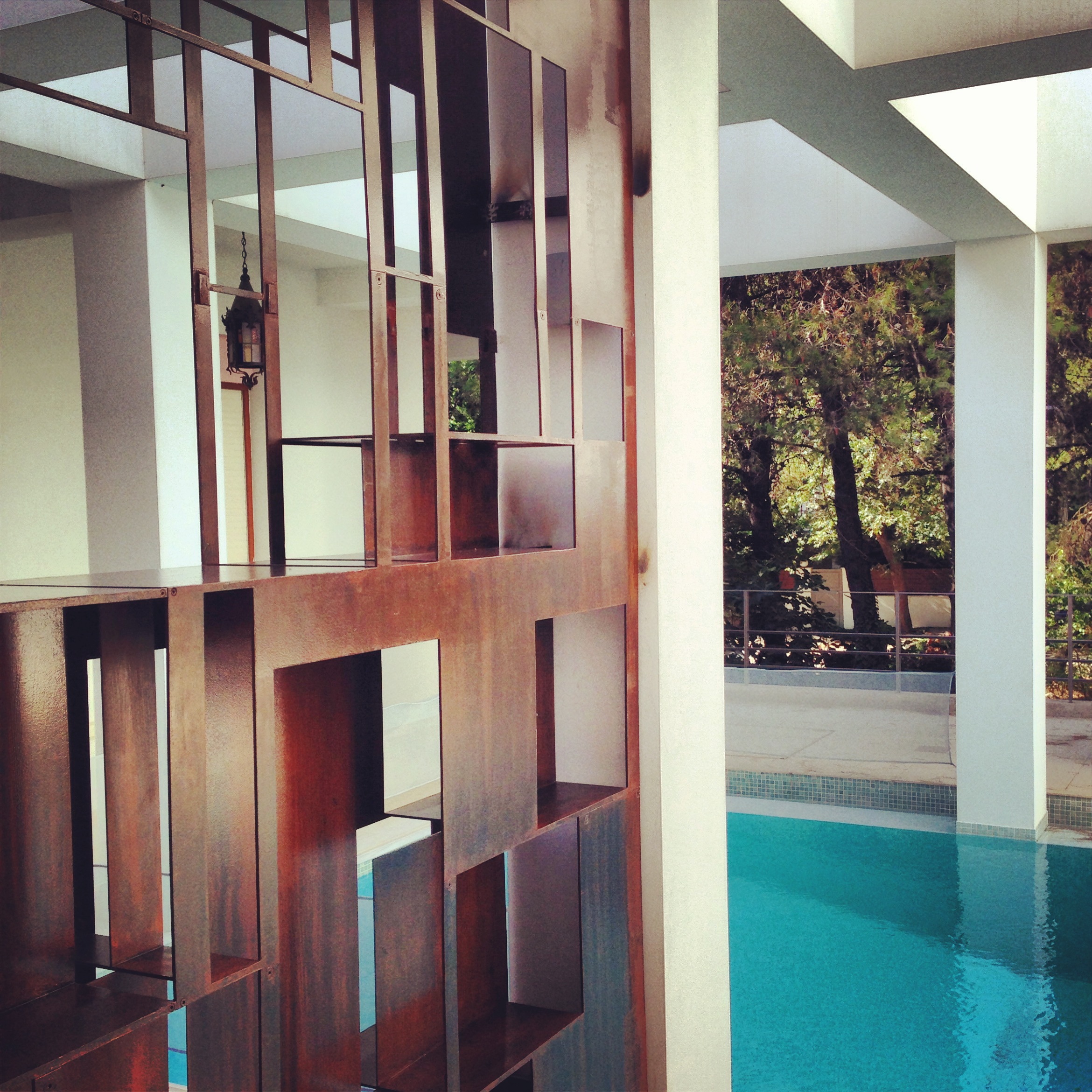 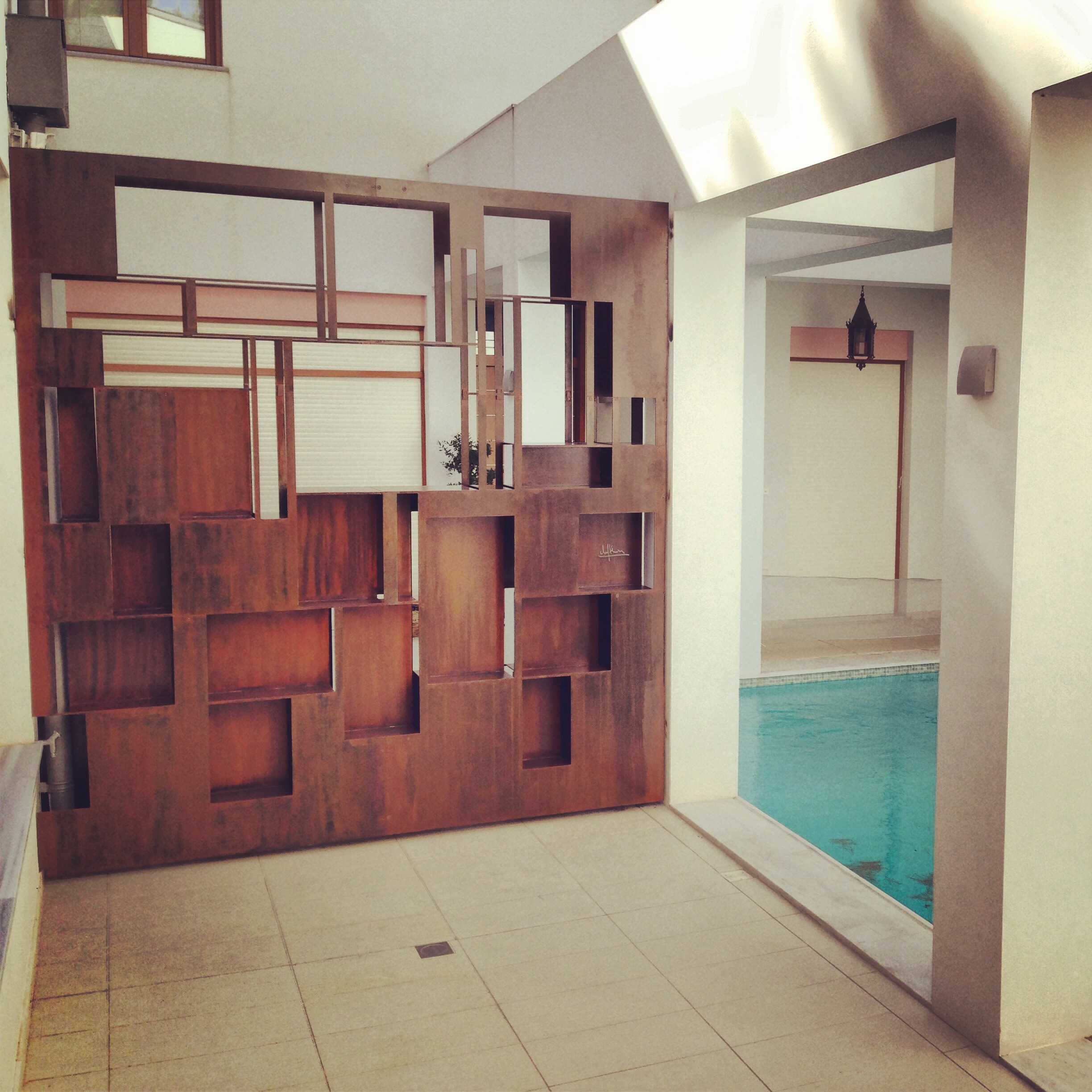 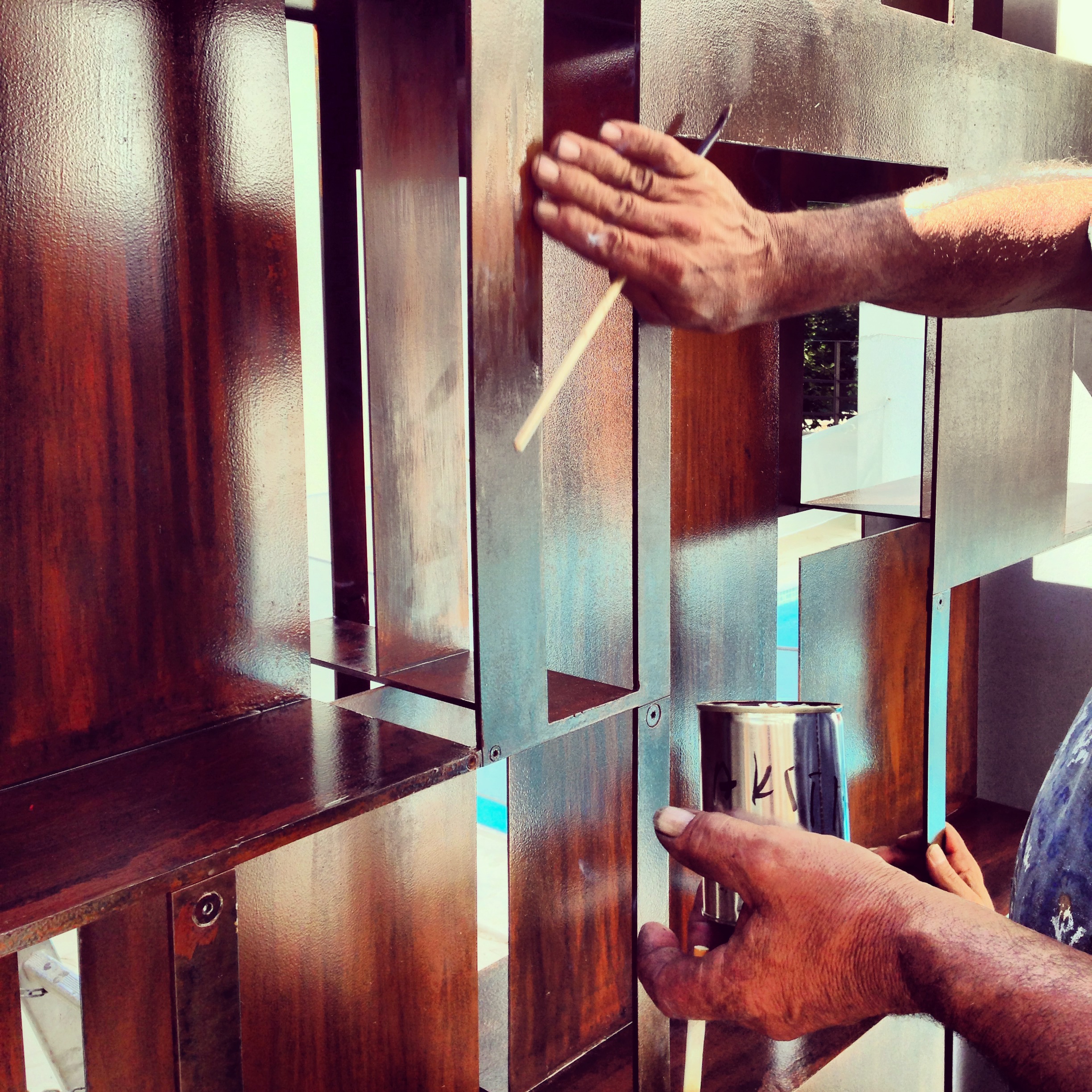 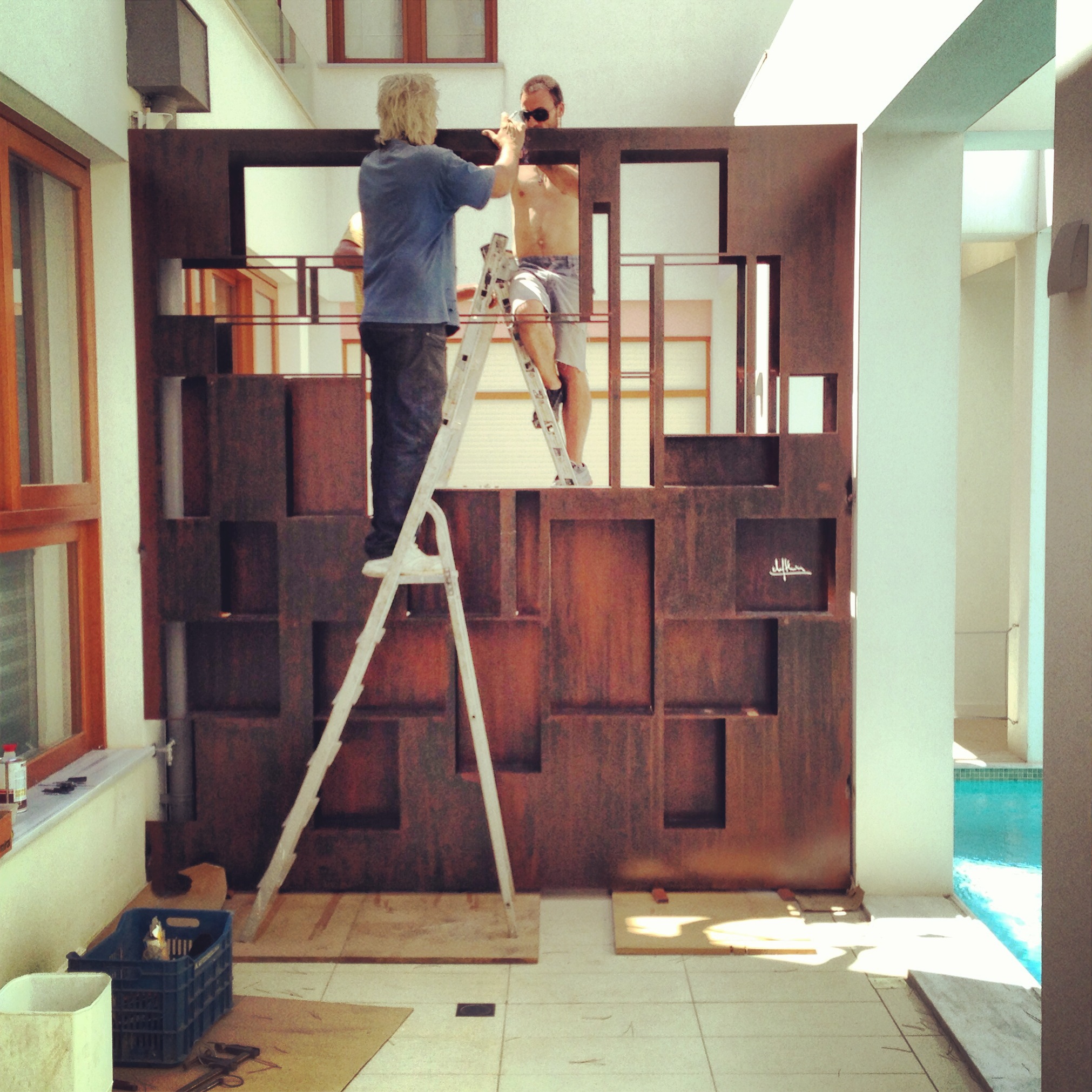 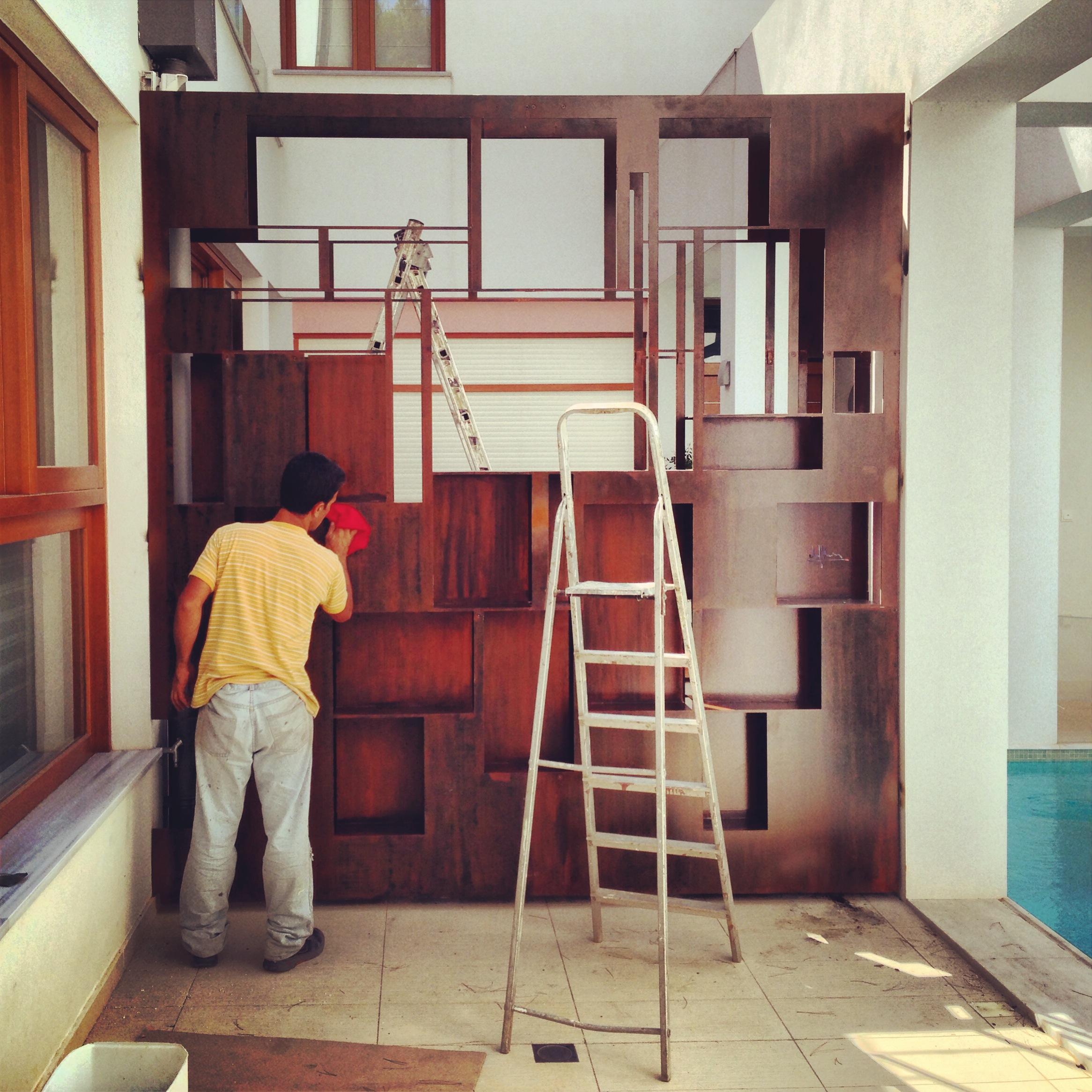 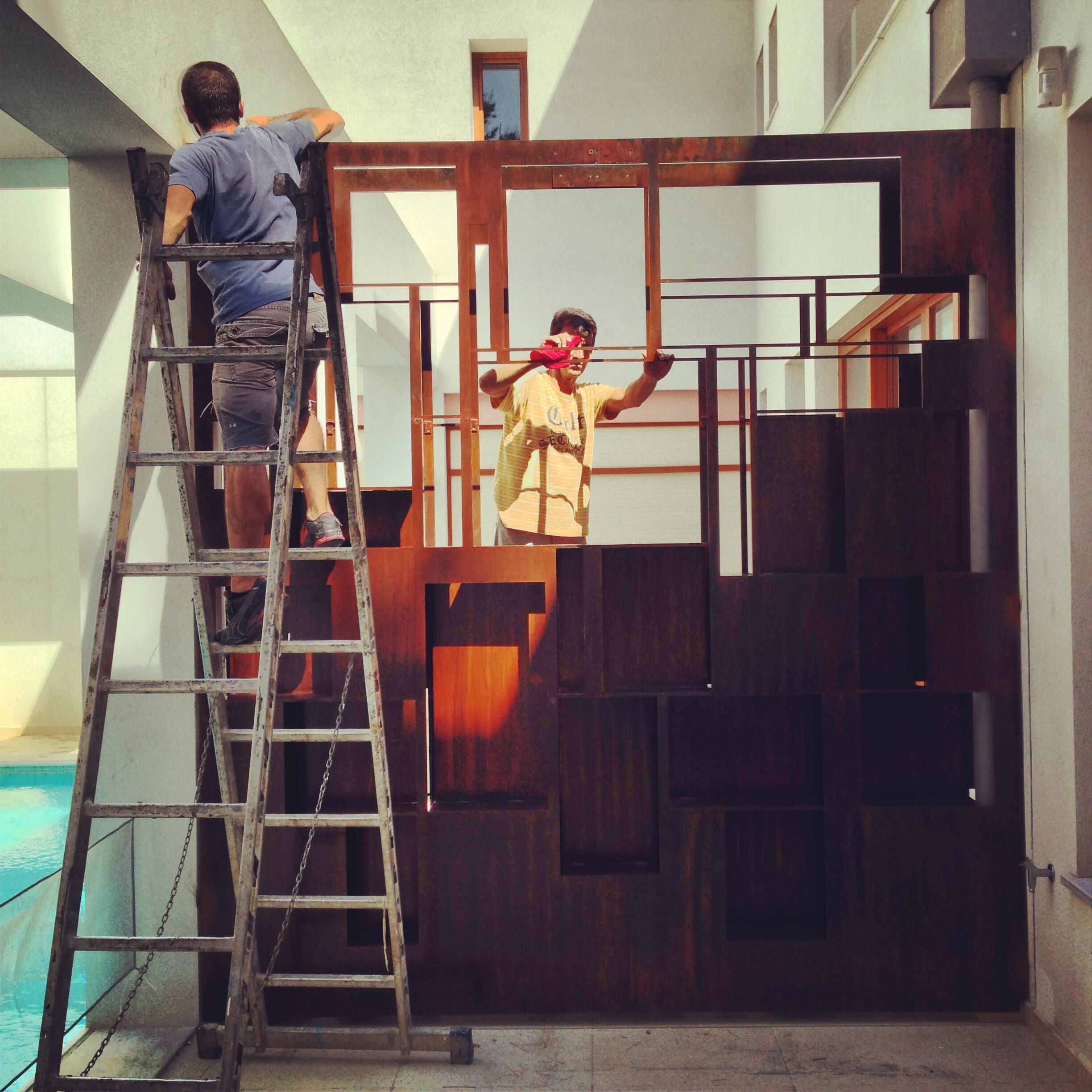