To mark the 50th Anniversary of their iconic luxury automobile brand, Lamborghini introduced the ‘Egoista’ concept car, designed by the head of design at the VW group, Walter da Silva, at the Grande d’Italia in Sant’Agata, Bolognese. The Italian name translates as ‘selfish’ which refers to the indulgent single seater design of this super car.

The futuristic design aesthetic which continues to include the materials chosen, characterise the ‘Egoista’. Made of extremely lightweight carbon fibre and aluminium, the design was influenced by the world of aviation, in particular the Apache helicopter and a military fighter jet. With an independent cockpit module, including an ejector seat, the driver, or pilot must undergo a relatively complicated procedure to exit the vehicle. Instruments are kept to a minimum with a head-up display panel, more often found in a jet fighter.

The aggressive facade resembles a bull with lowered horns,a design concept roughly based on the Lamborghini brand icon. The upper body incorporates spoilers which are automatically activated when a higher level of stability is required and air intakes in the rear of the engine hood, providing a cooling system for the dynamic V10, 600 hp 5.2 litre engine.

This unbelievable one-off concept vehicle uses LED clearance lights in an aircraft configuration which provide a 3D characteristic at night, anti-glare, anti-radar, orange metallic tones, in a unique design language for which Lamborghini is admired. The ultimate in hedonistic indulgence,  this superb concept vehicle will remain a dream to be admired from afar in terms of the glory of excess and perhaps a peek of what is ahead in the world of automobile design. 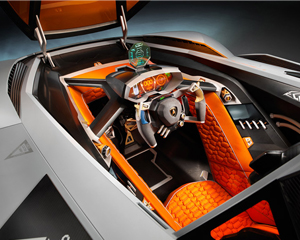 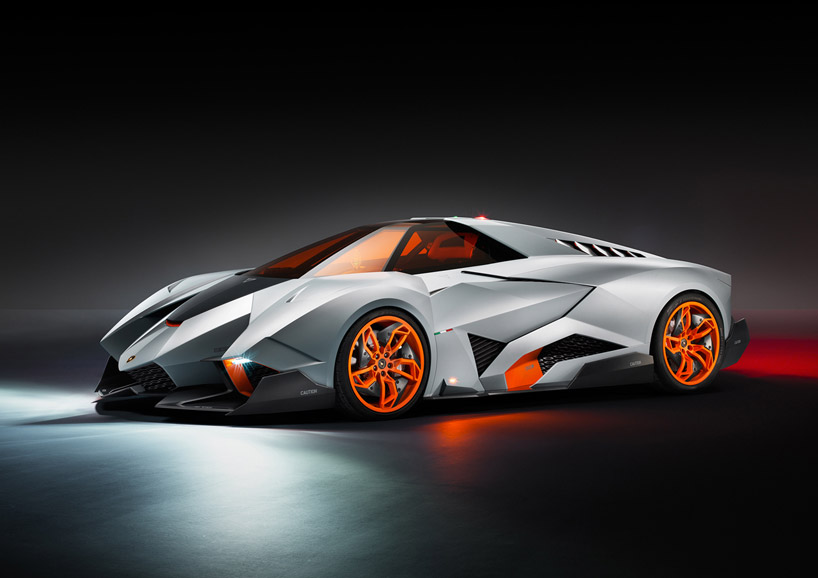 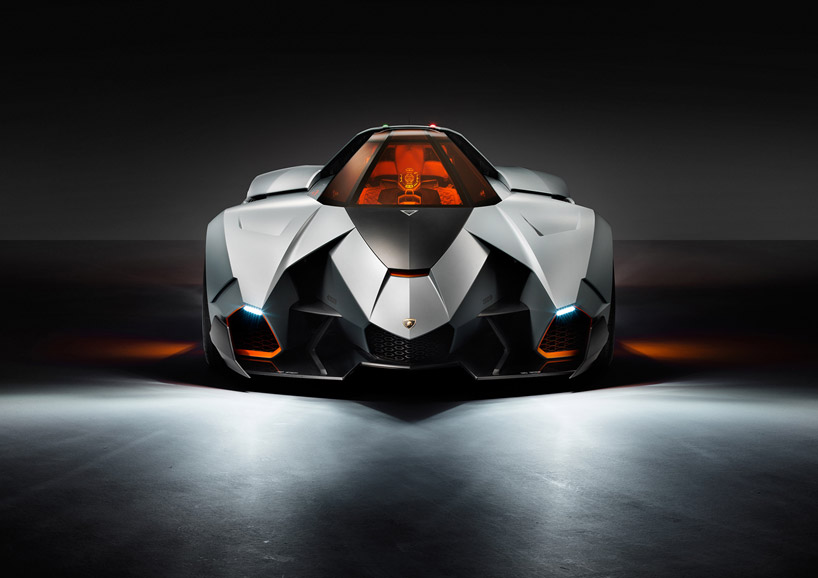 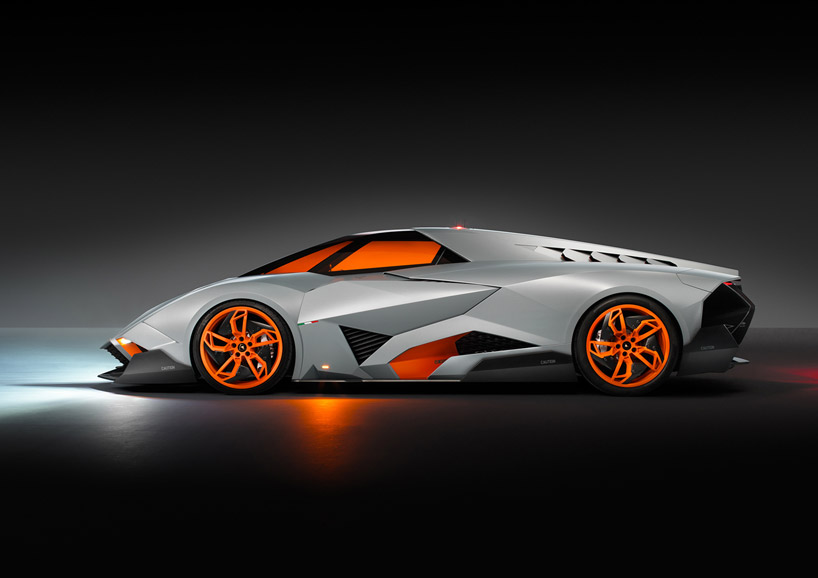 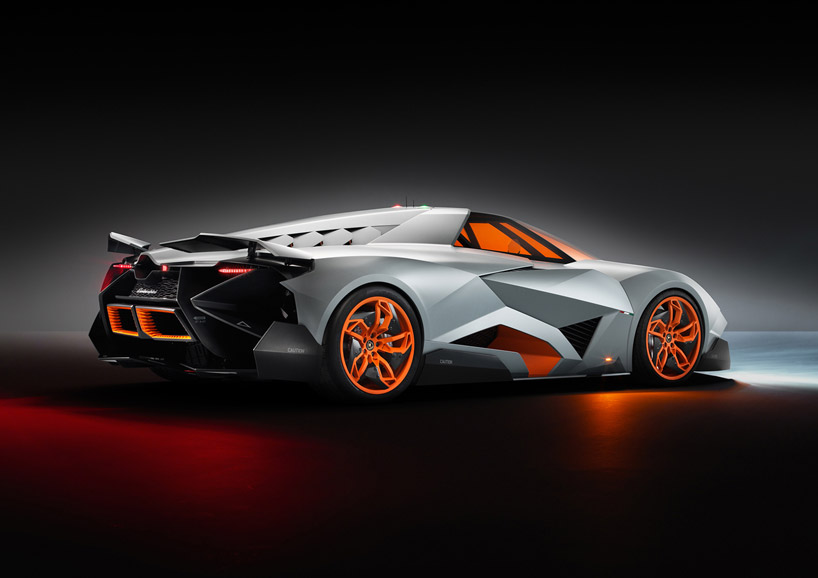 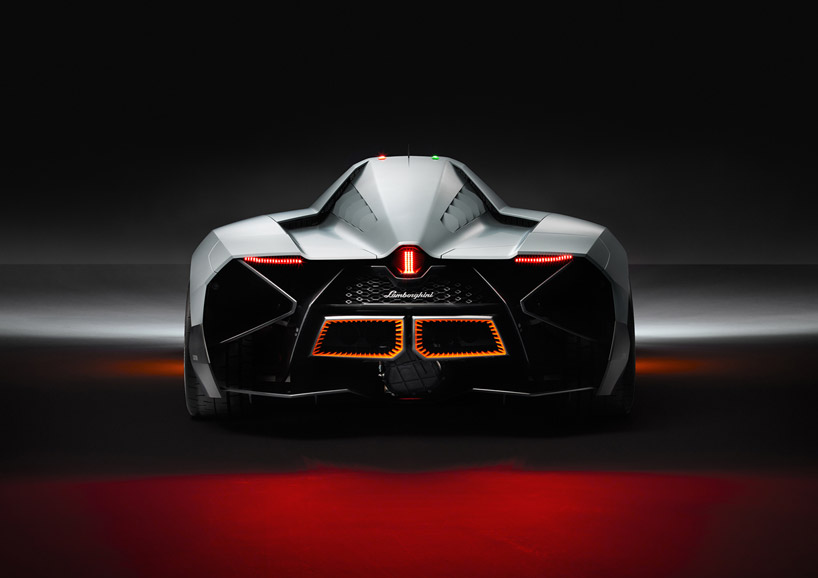 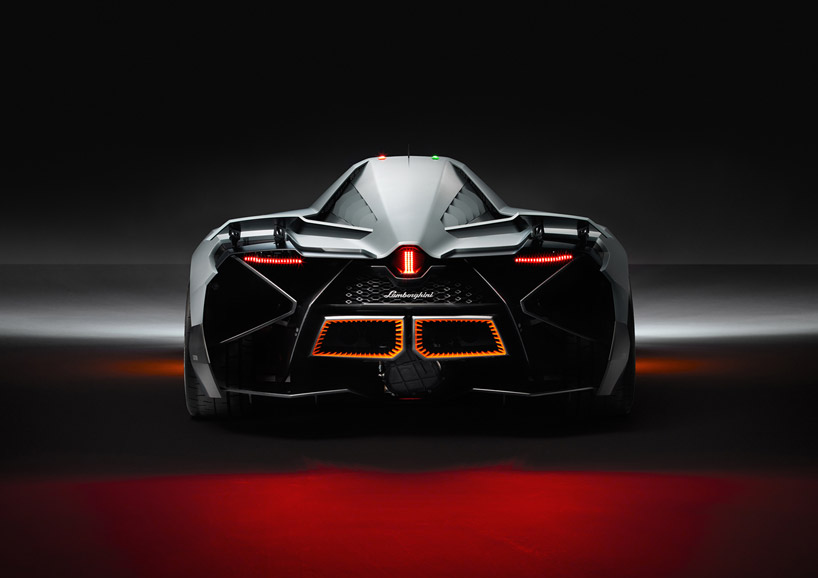 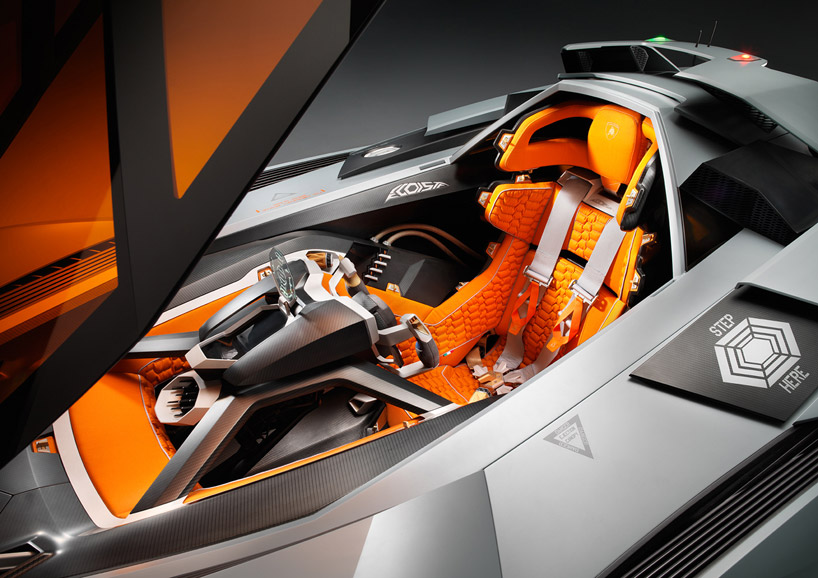 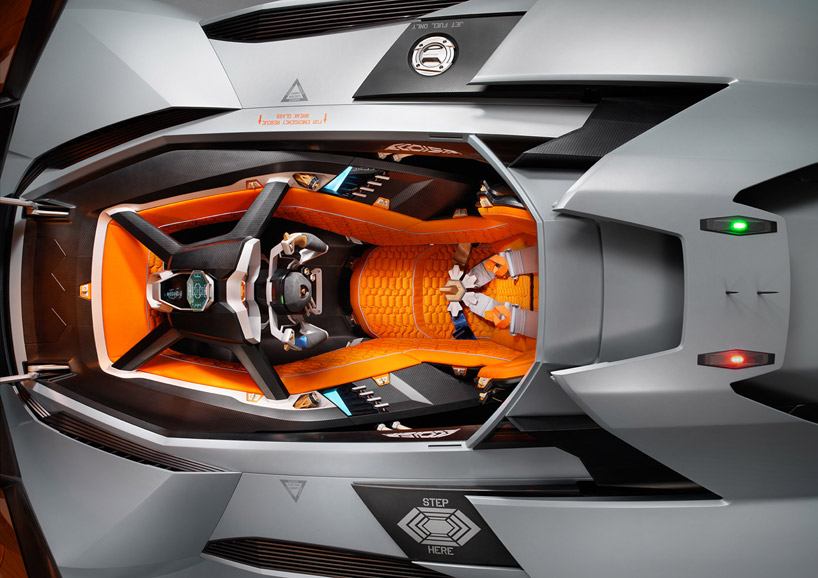 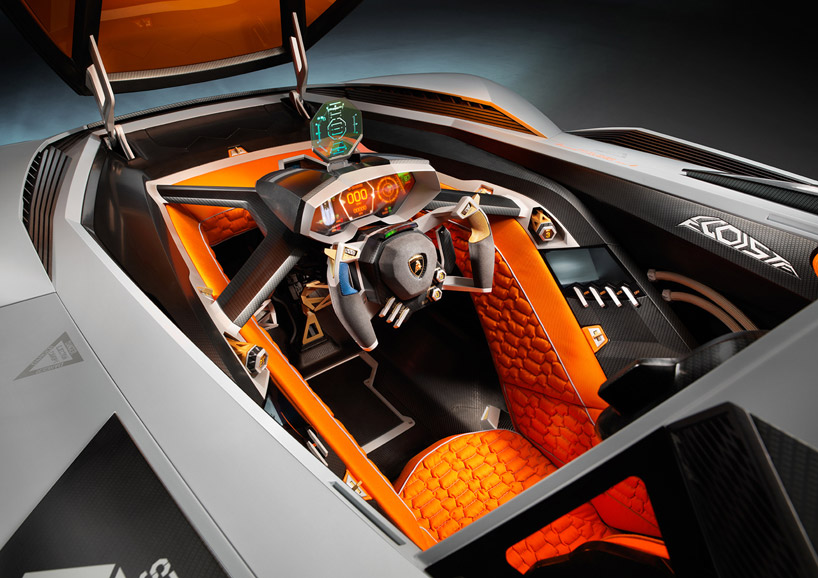 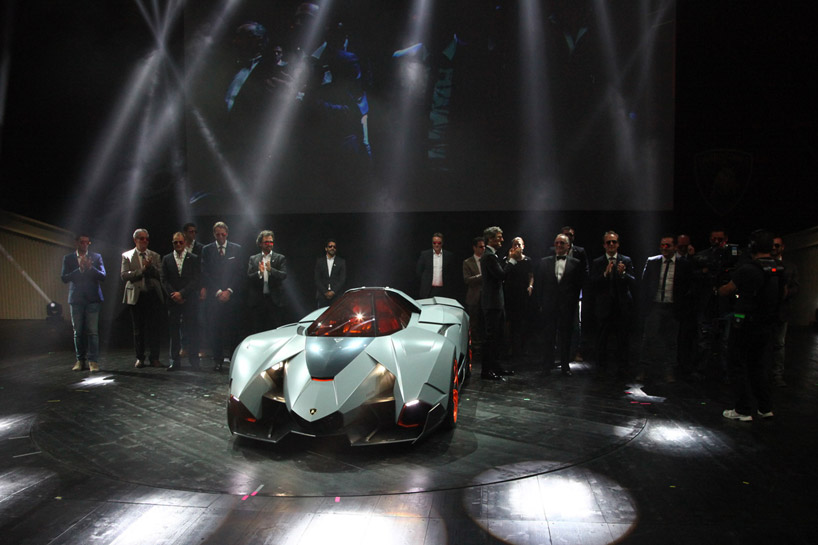