Aldo Cibic redesigns the shape of light with the new Lou collection for Venini.

Three handmade Venetian Glass objects, halfway between lamps and vases, explore the relationships between light and objects of desire.

Lou is a collection of three luminous objects of desire designed by Aldo Cibic for Venini, the most prestigious Venetian glass company specialized in Murano handmade glass.

The three models, made of hand-crafted glass, focus on the element ofhybrid identity: the lamp becomes a vase and vice versa. Lou reveals the intensity of the colours of the glass when the light is off, then restoring the ethereal aspect of the raw material when the lamp is turned on.

The collection has a vaguely eastern flavour and it is characterized by a mannerism: the red pinnacle which defines its summit.

“The collection for Venini came from the idea of working on an ambiguous shape which is a combination of a vase and a lamp. In fact, the objects are shaped like vases which stand on a metal base.They are covered with a faintly coloured lid which has a red pinnacle placed on top. In a way, these objects of light might look familiar, but it's hard to remember where you have seen them before. It is a pleasant surprise to enjoy the intensity of the colours when the light is switched off, and when switched on, those colours become even more intense and the craftsmanship of the glass emerges.”

The collection is realized with the ancient technique of the milk-white opal glass, created for the first time in Murano in the early 15th century in order to imitate porcelains, which were very renowned in Europe in those times. This particular type of colour is obtained by overlapping transparent colors to the Milk-white one, in a convergence between artistic dimension and artisan savoir-faire.

The project is the result of the encounter between the creativity of the Italian designer and the know-how of Venini. 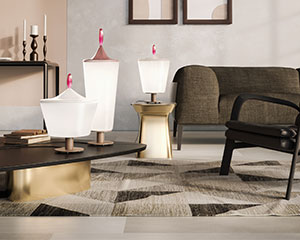 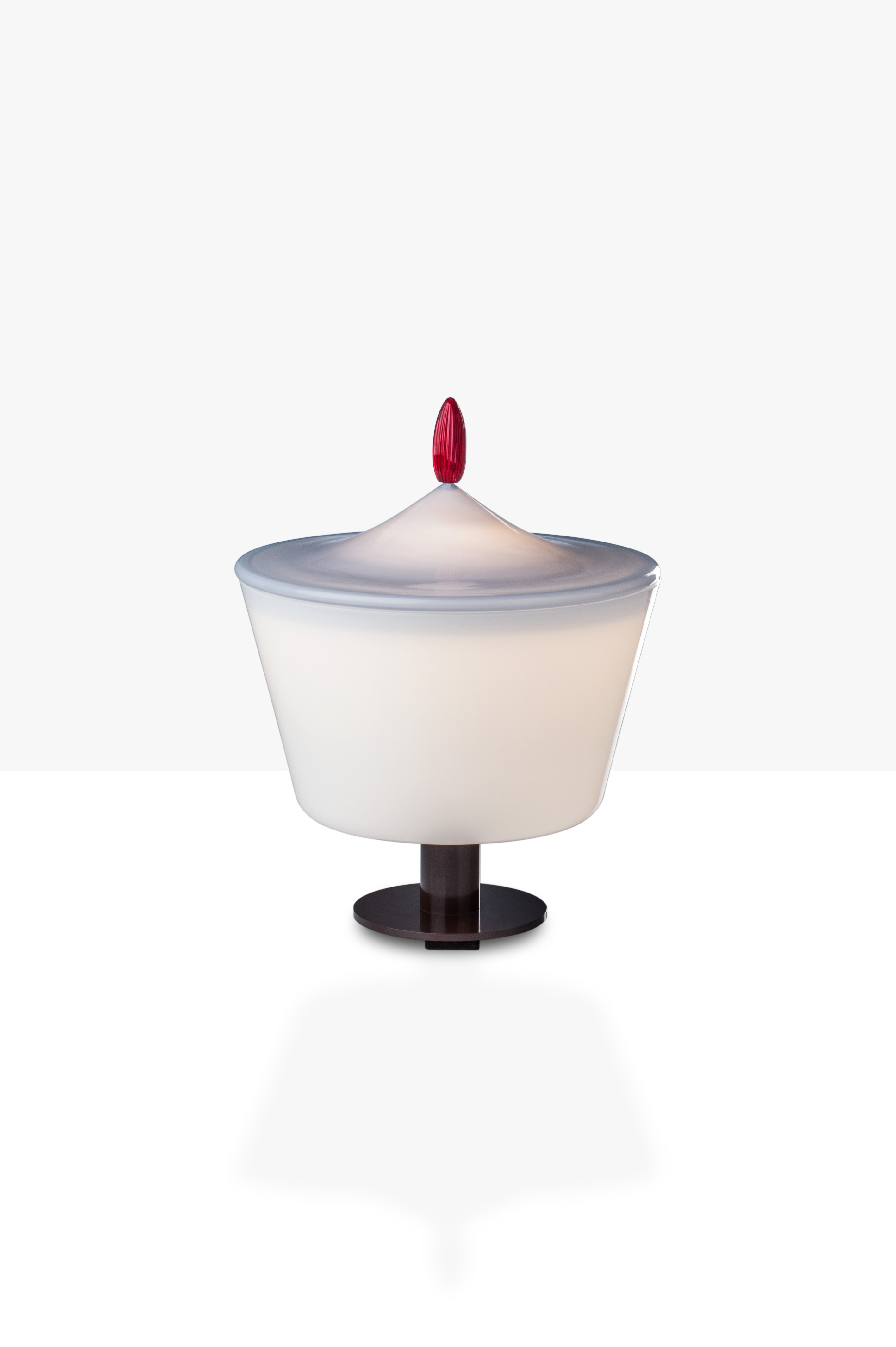 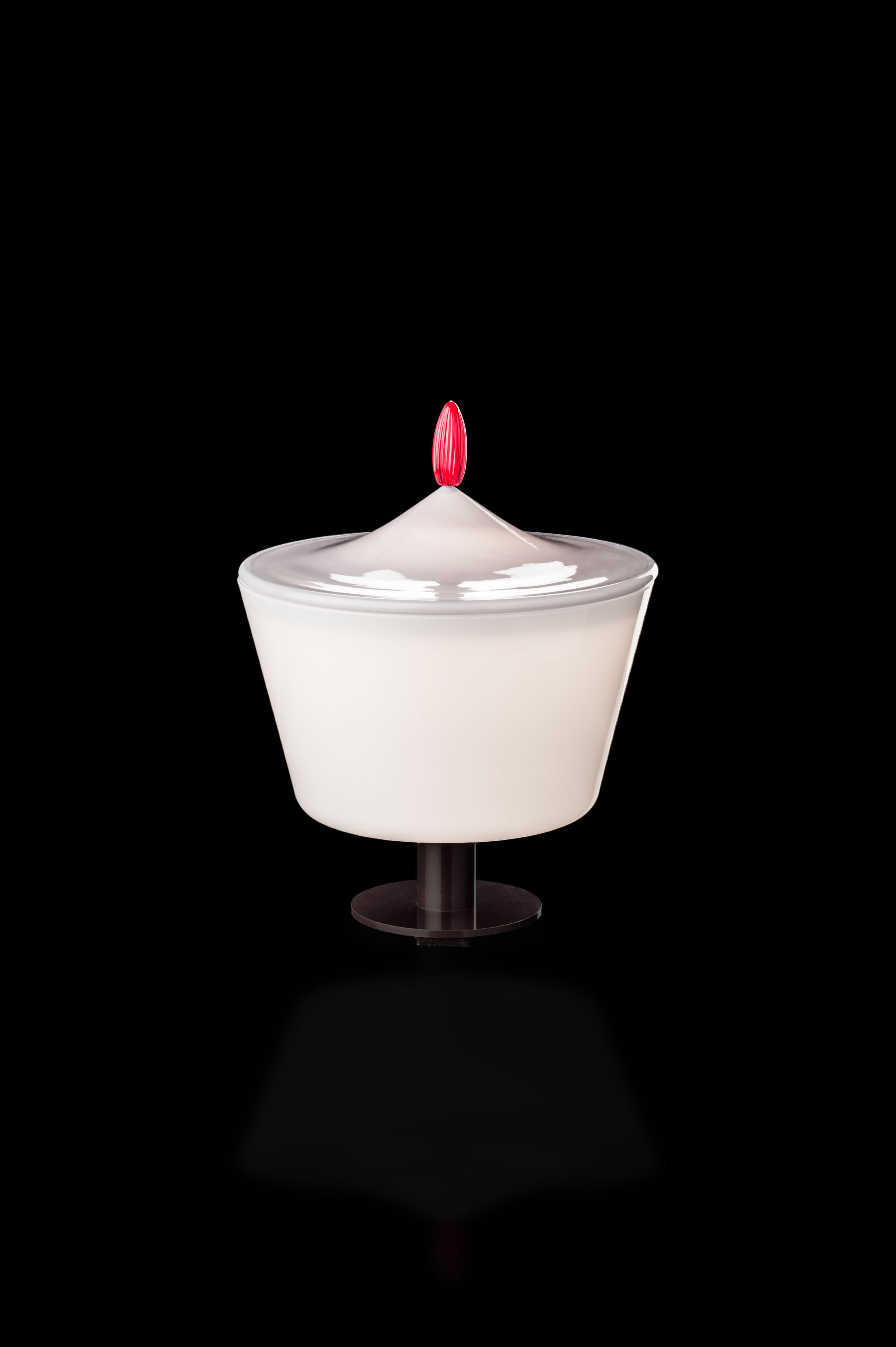 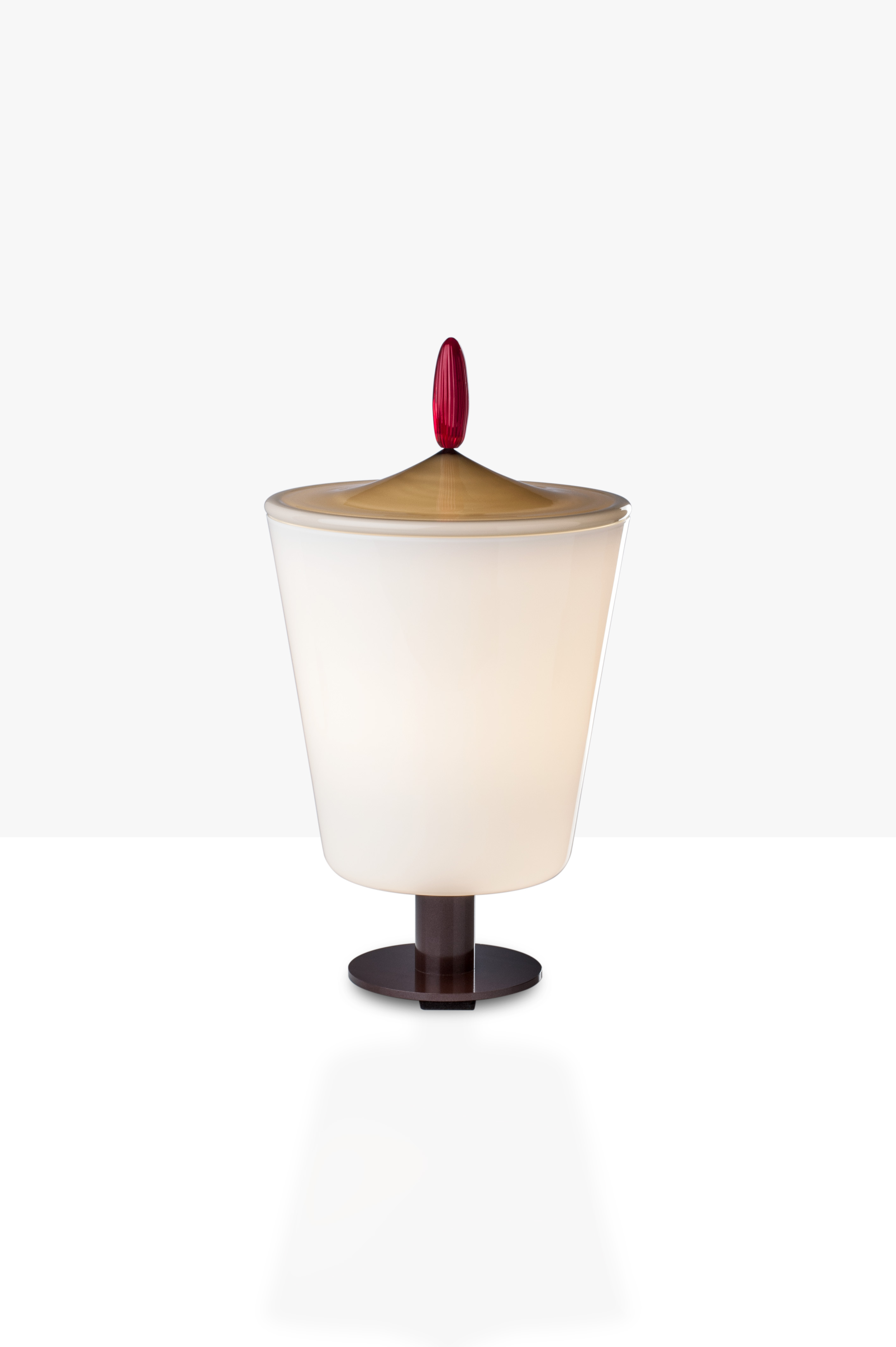 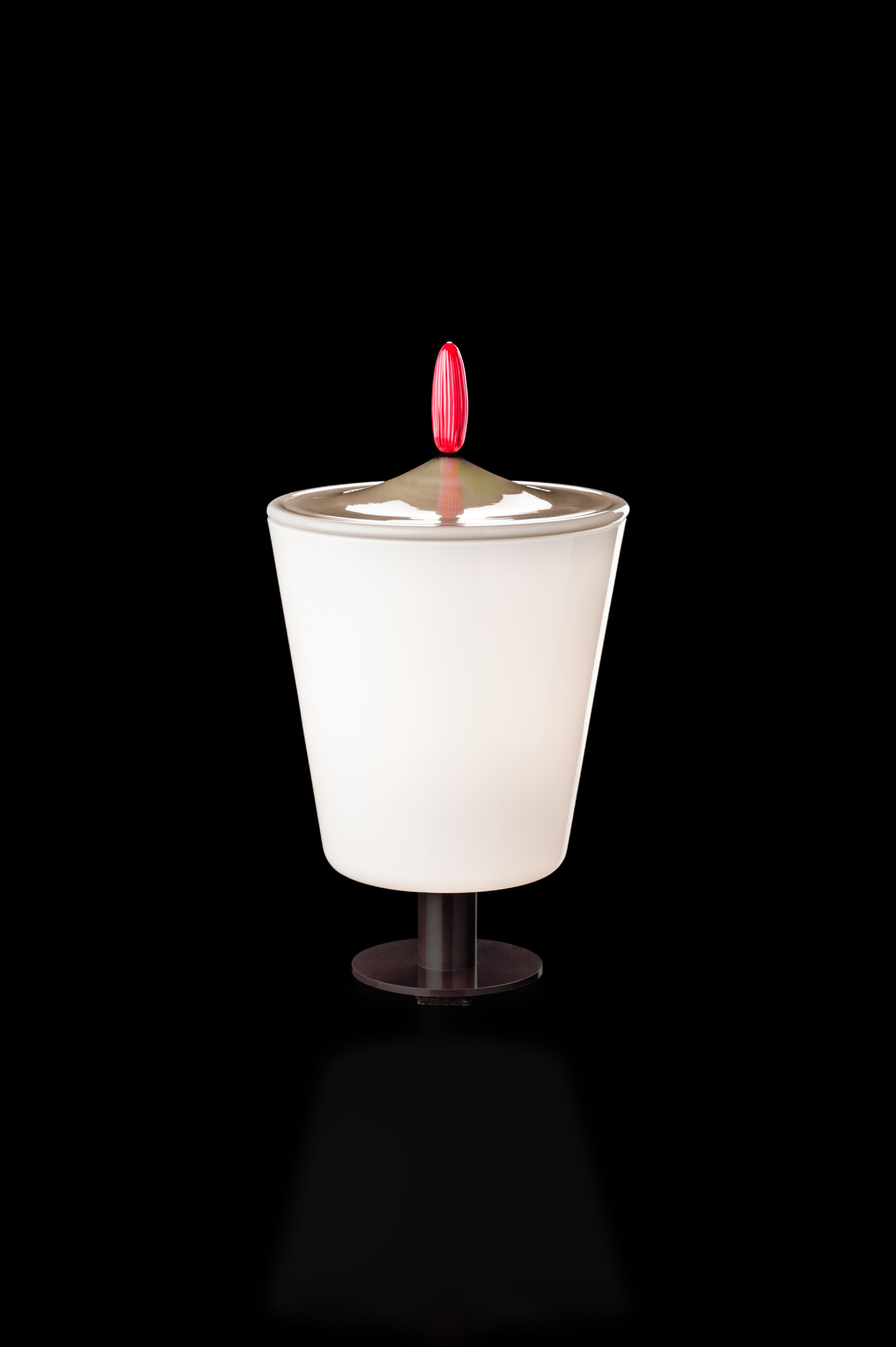 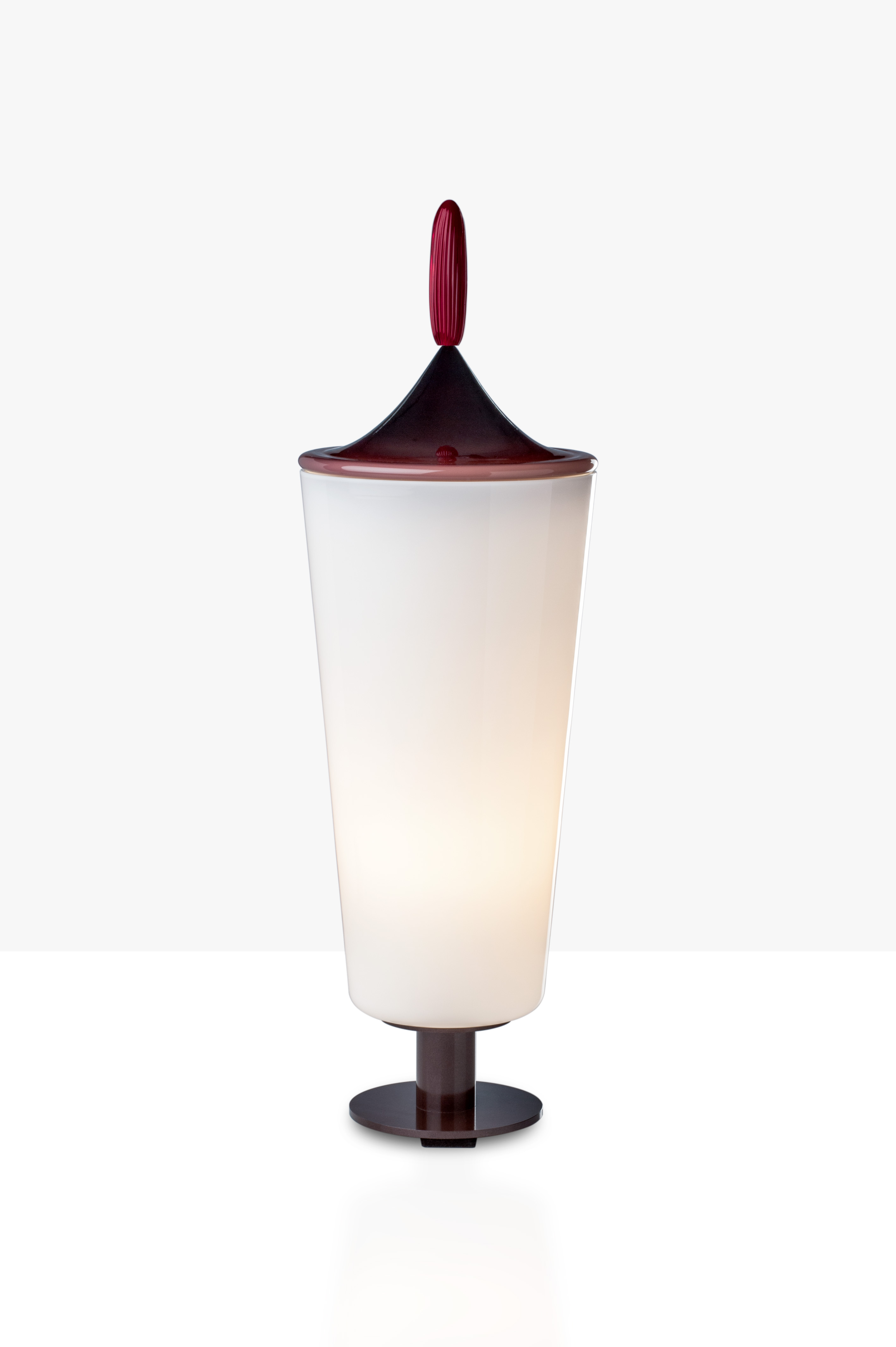 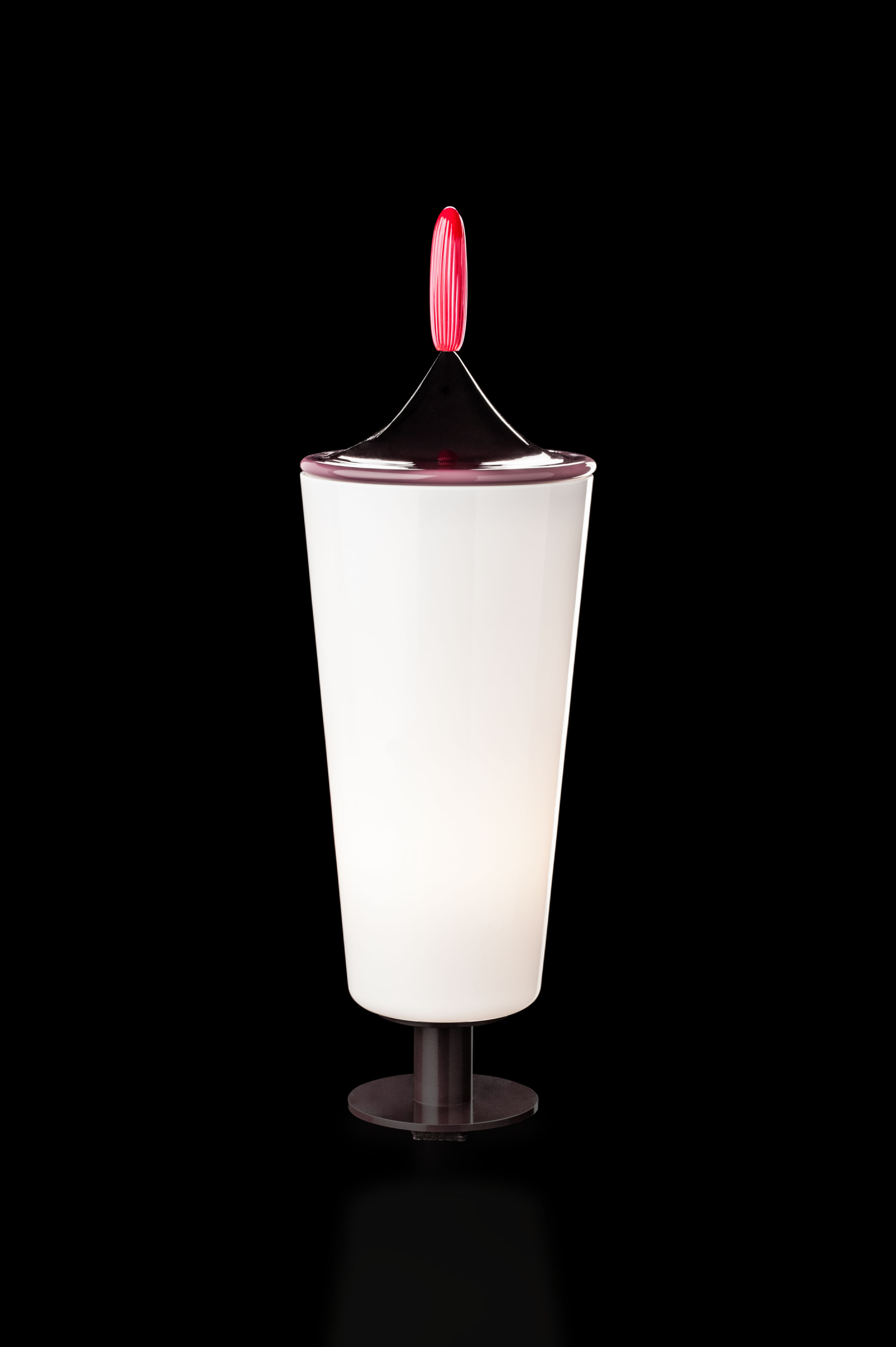 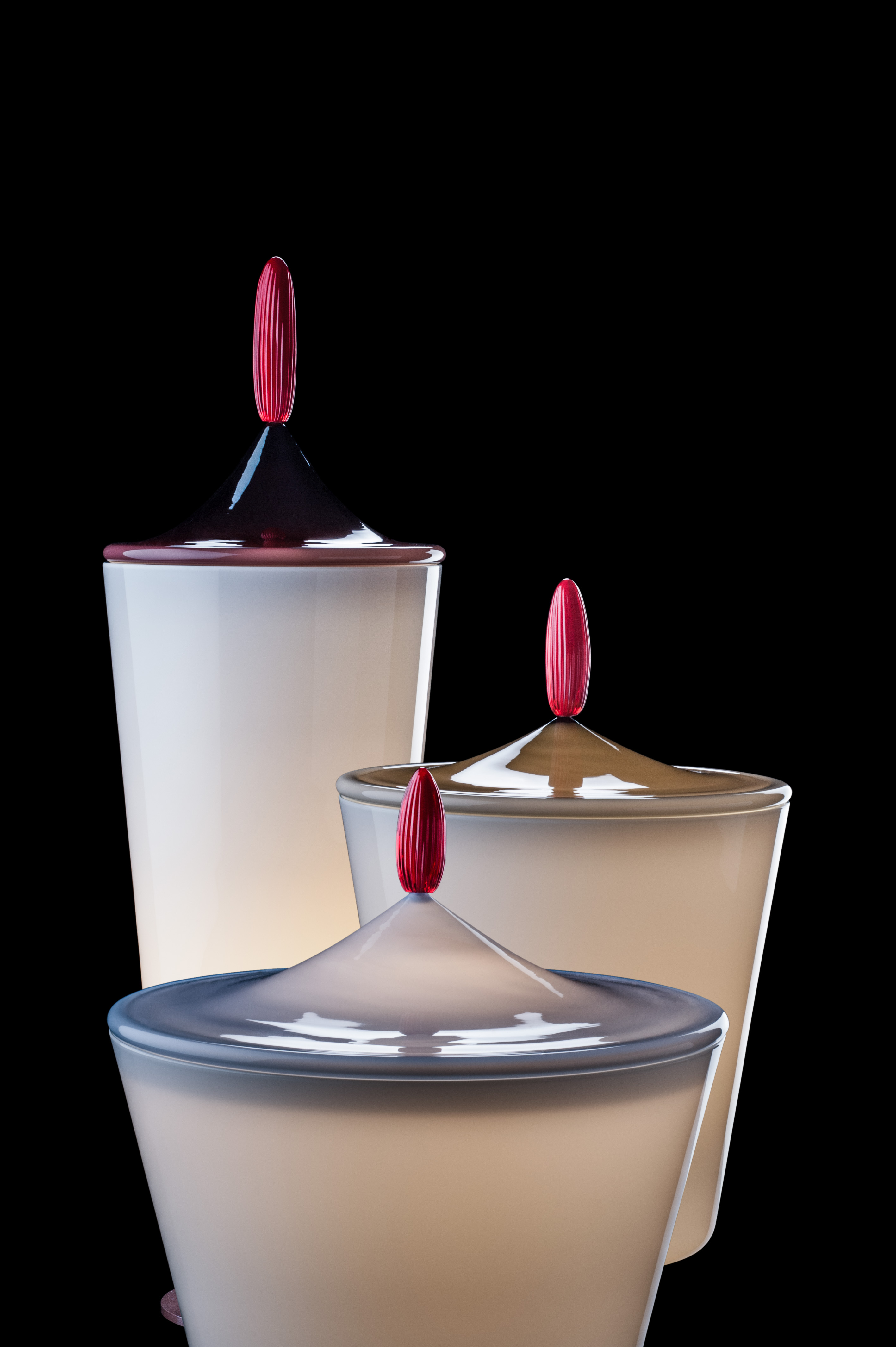 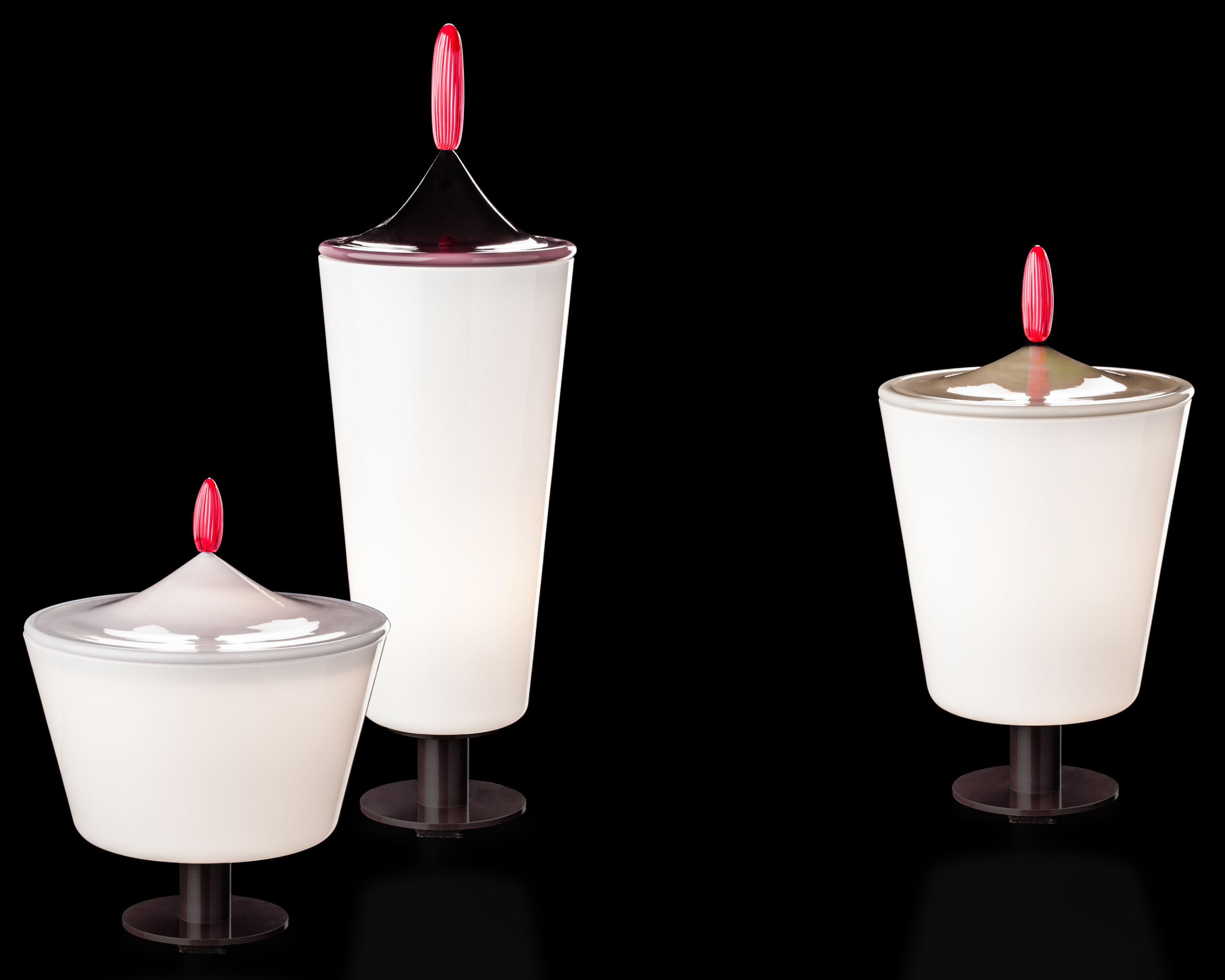 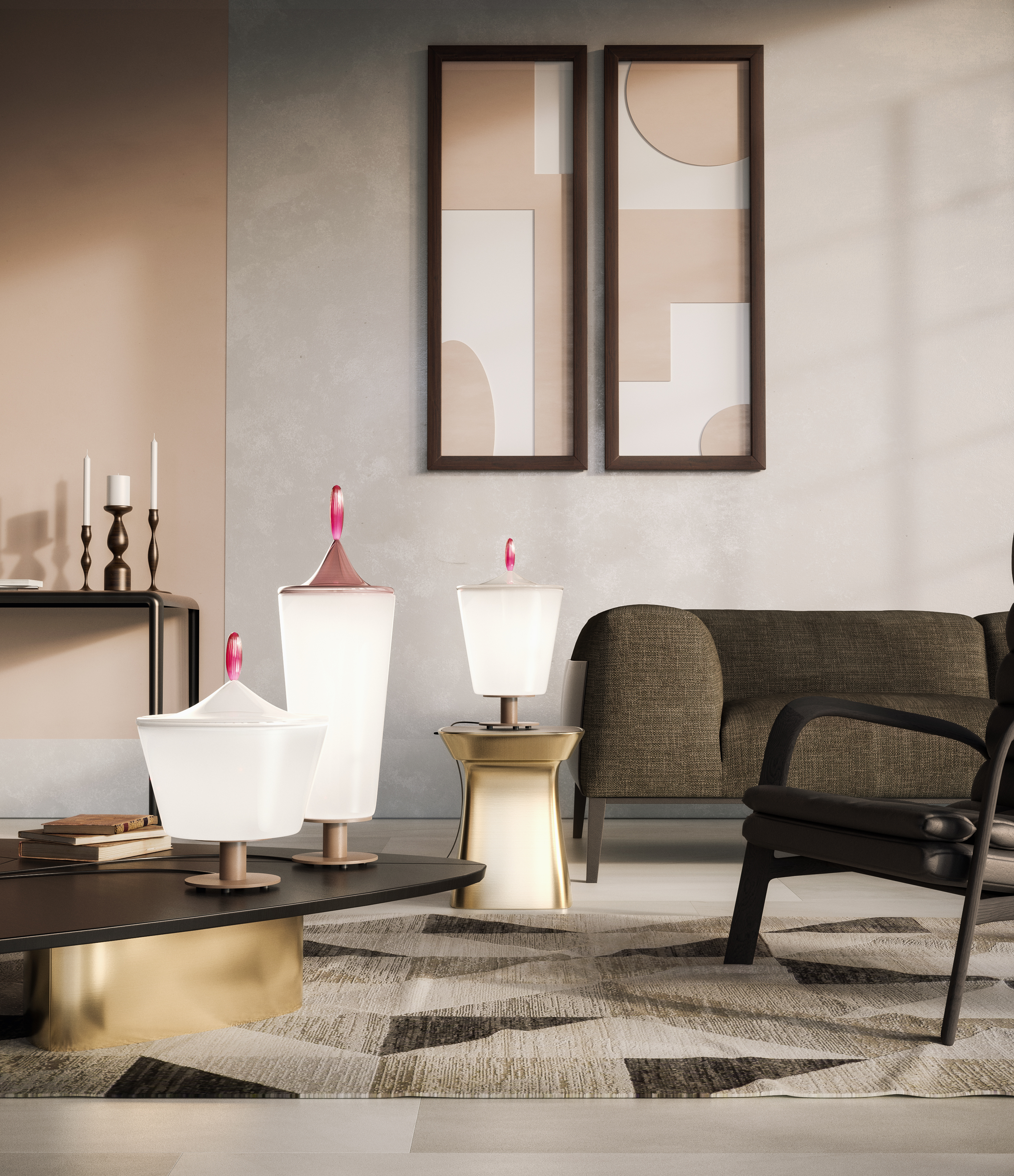