NYsferatu, an ambitious public art project that combines film, music, and community engagement to create a powerful and poignant statement about immigrant rights in today’s world. In NYsferatu, Murnau’s famous vampire, Count Orlok, is catapulted to present-day New York. The whole original movie, Nosferatu (1922), is entirely re-drawn, frame by frame, by the artist and a team of twenty assistants. In the process, they will create more than 35.000 drawings.

While all of the original characters remain the same – their movements, expressions, gestures and clothing – everything around them is transported to contemporary America. The result becomes a series of new backgrounds, new scenes, and title cards (it’s a silent movie) in which New York appears both as victim and victimizer, and in which the figure of the vampire can be read through different metaphors. On one side, Count Orlok’s shadow stretched through the streets of Manhattan immediately recalls the threat of terrorism that this city knows too well. On the other, the same vampire wandering alone and lost with his coffin, through the desolate, dark City looking for a house and finding the only place he belongs is on Ellis Island, becomes a clear metaphor of immigration and escape towards the dream of a better life. 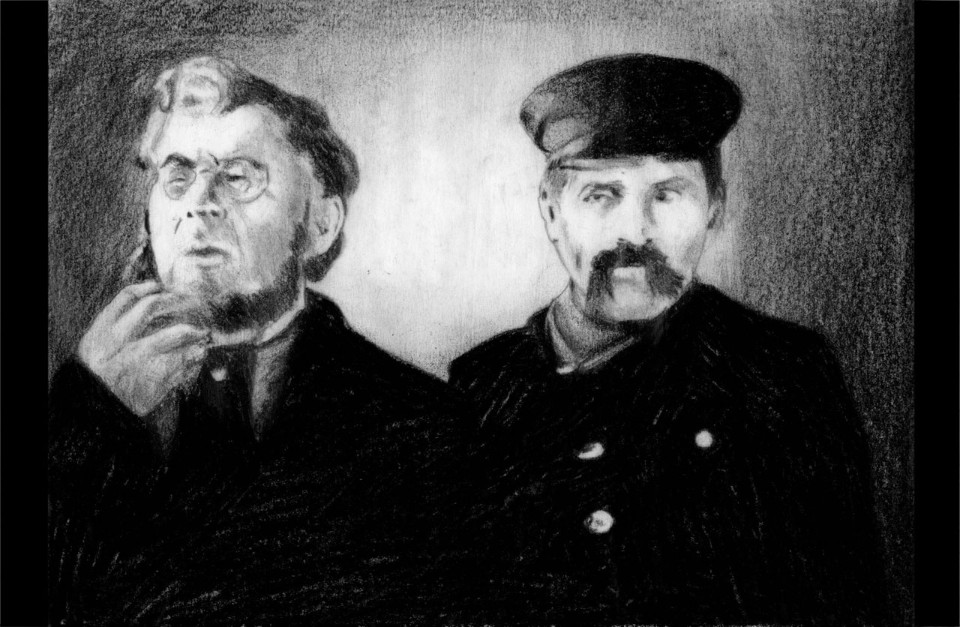 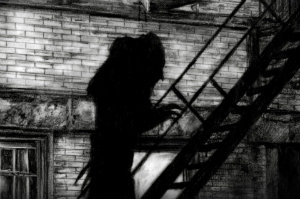 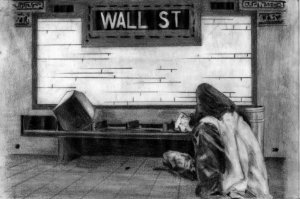 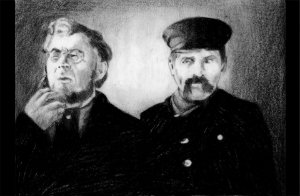 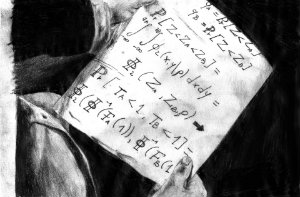 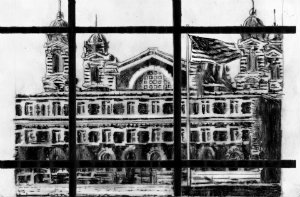 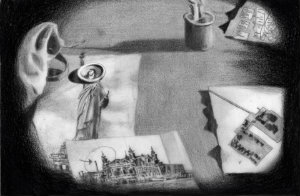 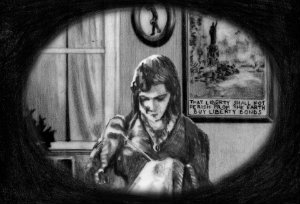 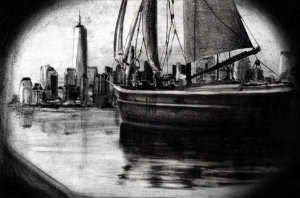 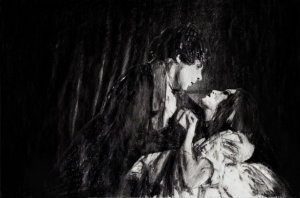 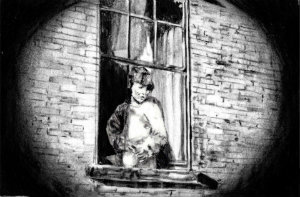