Do Ho Suh’s polyester and stainless steel installation replicates a stairway in the artist’s apartment in Chelsea, New York.

This installation is one of a number of works Suh has made based on his personal memories of architectural spaces. Since the mid-1990's, he has replicated parts of his parents' traditional Korean house in Seoul and his own Western-style apartment in New York.

"My work starts from reflection on 'space', especially personal space", he has explained. "The space I am interested in is not only a physical one, but an intangible, metaphorical, and psychological one. For me, 'space' is that which encompasses everything"

More recently, Suh has turned towards specific structures of transition such as staircases, hallways and gates. Staircase-III can be understood as an in-between space, inviting the viewer to imagine what might be at the top of the stairway.

Suh uses a distinctive red polyester fabric, whose flexibility, translucence and porousness contrasts with the solidity of the original architectural structure. Suh's first Staircase installation was exhibited at the 2003 Istanbul Biennale, and marked the first time he chose to work with the colour red. At the time he called this colour 'Ottoman Red', emphasising the particular cultural resonancesof rei in Istanbul and Turkey. However, the choice of colour, like the installation's materials, works predominantly as a means of removing the structure from its original context, and heightening the dream-like intensity of a recognisable structure that appears to hover and float overhead. 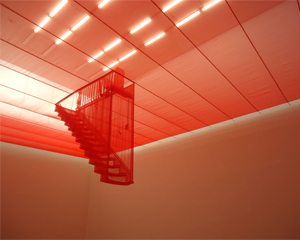 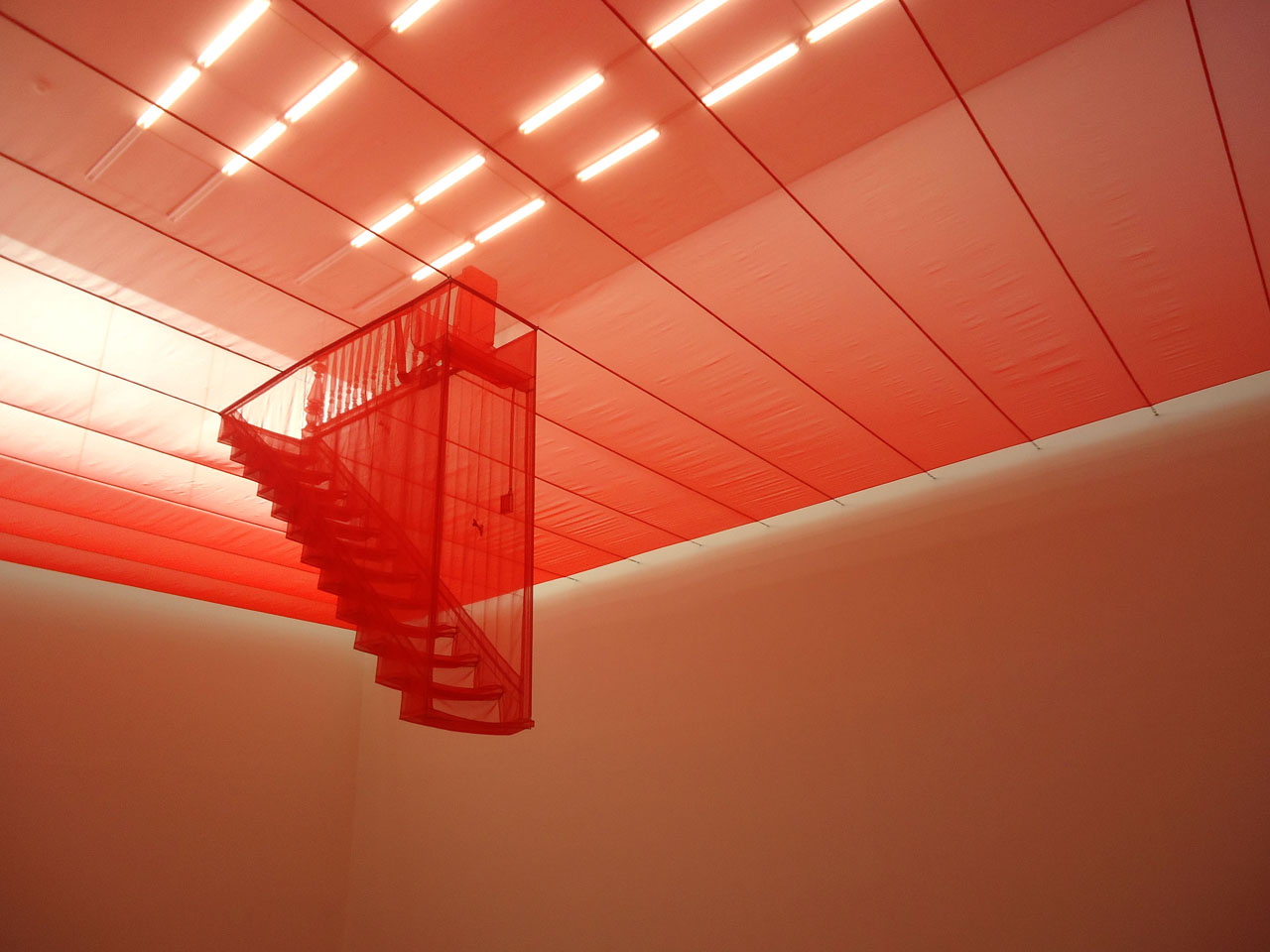 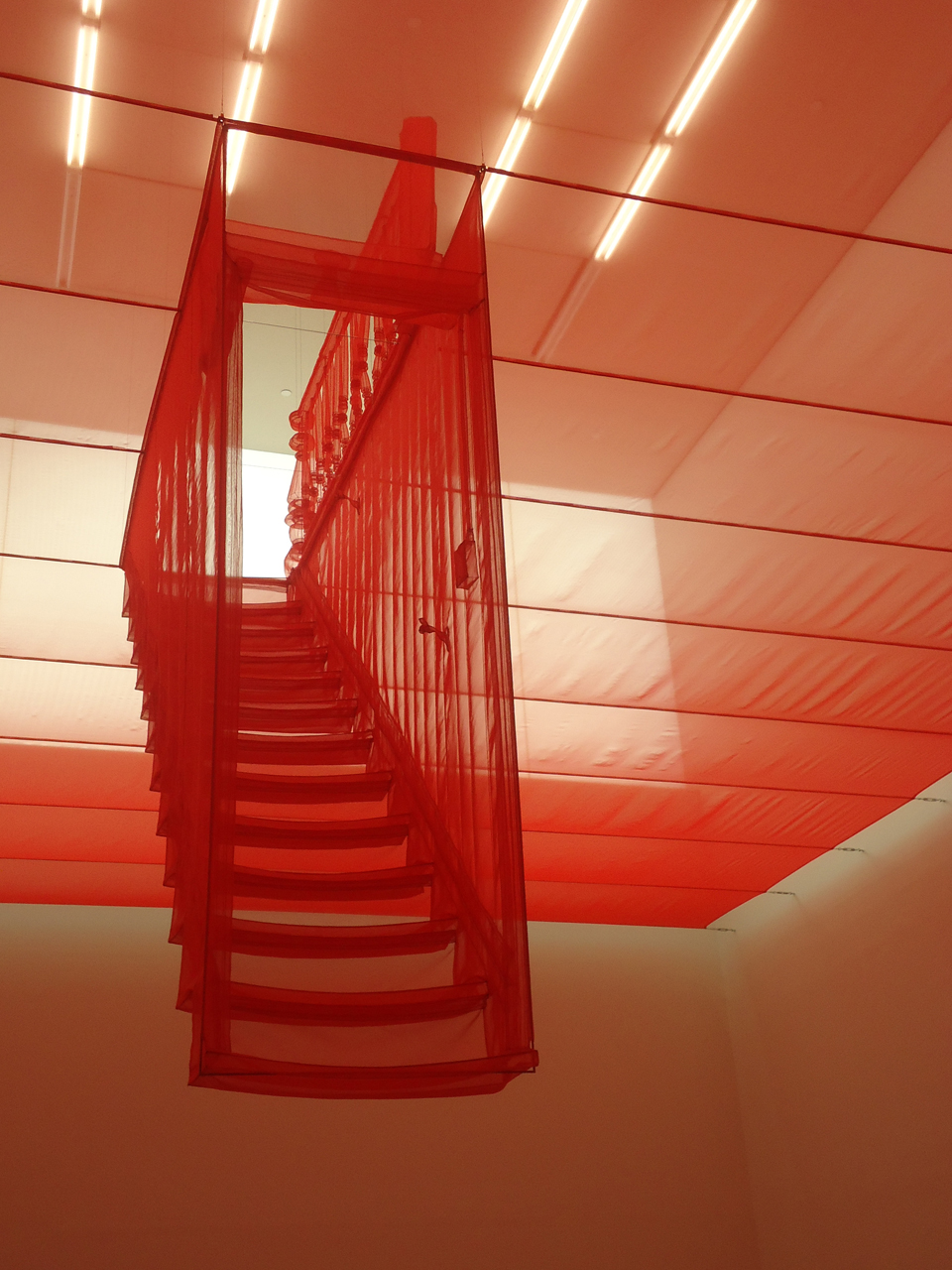 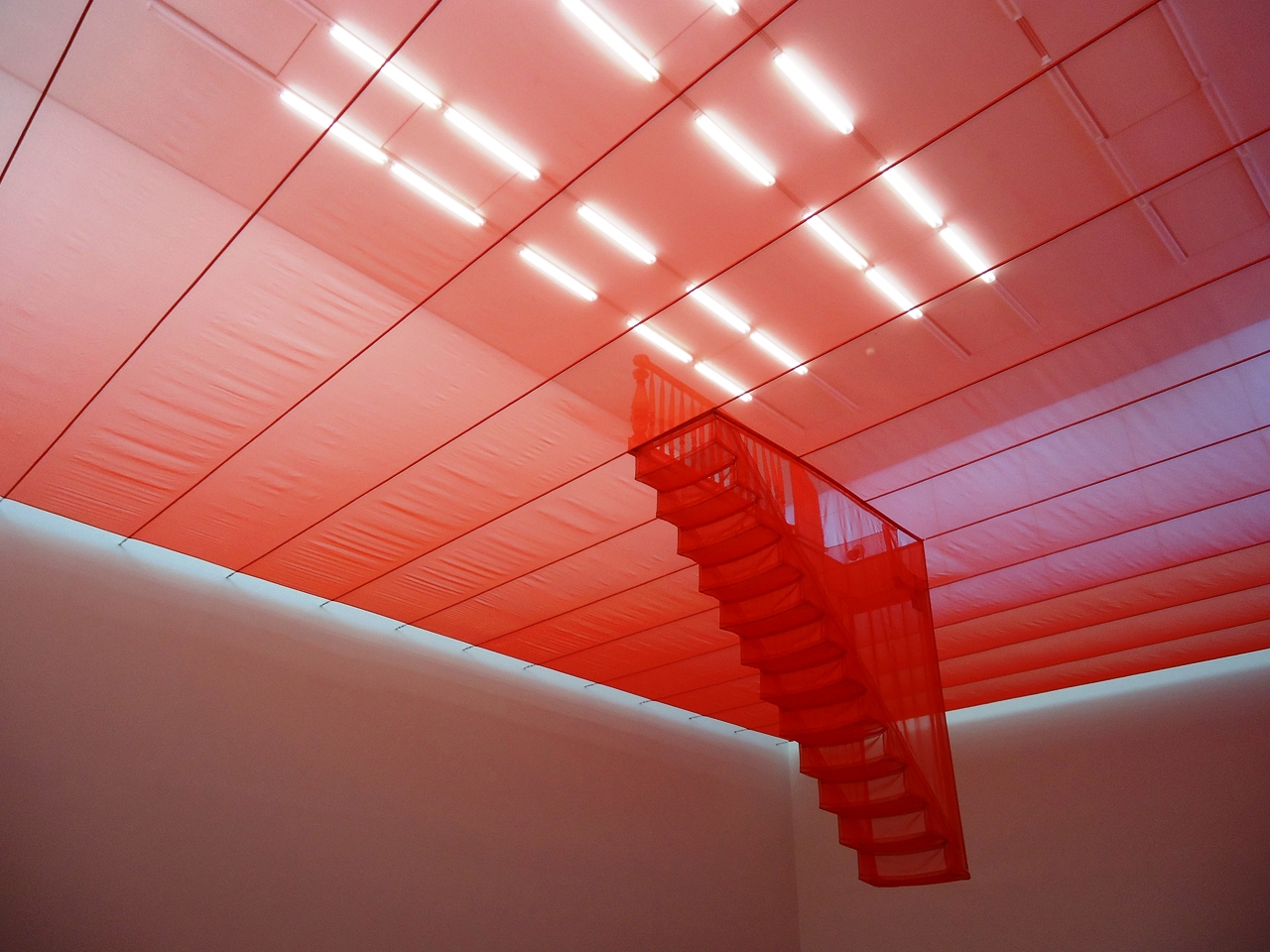