Brad Feinknopf’s passion for photographing architecture directly stems from the influence of his grandfather and father, both successful architects. He has personally been shooting photography for 25 years, since graduating from  Cornell University with his undergraduate degree in Design. Brad went on to spend his post-collegiate years in New York City assisting prominent photographers Richard Avedon, Robert Mapplethorpe, Arnold Newman and Joyce Tenneson.  Today, many of the ideals Brad obtained from his New York experience carry over to his clients; the consistent pursuit of perfection, attention to detail, uncompromised professionalism and the utmost of quality in service.

Following his return to Columbus, Ohio, Brad established feinknopf photography, where a strong clientele among architectural, engineering and construction firms rapidly grew.  In serving these clients, Brad has traveled throughout the United States shooting projects, nearly 200 of which have been published in internationally or nationally and a similar number have been international or national award winners.

WHAT IS ARCHITECTURE FOR YOU?

FREQUENT HUMAN PRESENCE IN YOUR PHOTOS MAKES ME WONDER WHETHER YOU WANT TO PRAISE THE MAJESTY OF THE DEPICTED ARCHITECTURE OR YOU WANT TO POINT THE HUMAN SUBASTANCE OF THE BUILDING?

Good Architecture needs to function on many levels of which aesthetic is merely one of those levels. In addition to being pleasing to the eye, it also needs to function with a purpose in a way that most of the other arts don’t need to. How human beings interact within a space is, truthfully, as critical, if not more critical than aesthetics alone. I’ve seen aesthetics expand the human experience of a space but I have also seen aesthetics create spaces that may be pleasing to the eye but are not necessarily functional on a human level and thus, don’t work. When I originally got on the road to an Architectural degree, my father encouraged me to get a degree in Design/Facility Planning and Management so, my concern regarding how a space works is critical, in my mind, to whether a building is successful.  Depicting the human element in a space, I think, gives a greater sense of what the space is to be within.

WHAT ARCHITECTS DO YOU APPRECIATE?

Of the old school people: Eero Saarinen, Louis Sullivan, Antoni Gaudí, Frank Lloyd Wright and Louie Kahn to name a few. Of the “new school”: Rem Koolhaas, Zaha Hadid, Sir Norman Foster, Santiago Calatrava, Rafael Viñoly, Herzog & DeMeuron, E. Fay Jones, Charles Gwathmey, Renzo Piano, Samuel Mockbee, Bjarke Ingels and Daniel Libeskind to name a few of the “newer” class of great architects.  It is kind of an unfair question.  I love the world, I love architecture and thus, I really don’t care who it is by, as long as it is good.

WHAT HAVE BEEN YOUR MOST EXCITING AND CHALLENGING ARCHITECTURAL PHOTOGRAPHY PROJECTS?

You have given me a great group of questions and this, not unlike the others, is a very hard question to answer. Each shoot has it’s challenges and excitements so it is hard to rank which ones would be the most challenging and which ones would be the most exciting. The challenges that come up during a shoot range from weather condition, to the building’s lights not cooperating, to the building itself not being ready to shoot, all the way to the human factor that plays apart in each shoot. I won’t even get started on some of the most terrifying technological issues we have had on a few shoots. A recent shoot that was quite challenging was the Las Vegas City Hall which we shot for Elkus Manfredi.  It had LED fins that ran up the exterior.  In order to get a satisfactory dusk shot required all the interior lights, with the exception of lobby, turned off and yet, have the LEDs on.  Sounds simple but in a new building where the knowledge of the lighting program is rather a new thing to the inhabitants it can be quite a challenge.

Each shoot though definitely holds it’s own excitement and it is mainly brought on by my client(s). If we are working with those who appreciate what I bring to the table and we are working in collaboration to create great imagery, the excitement can be quite infectious because I’m not the only one excited to make great art work. They are too.

Honestly, even though I know they are not architectural, my favorite photographs  are “Beech Forest” 1936 by Albert Renger-Patzsch and “Susie Park, Evening Dress by Lanvin-Castillo, Café de Bozarts, Paris, 1956,” by Richard Avedon.

DO YOU WANT TO MENTION SOME PHOTOGRAPHERS YOU DO ADMIRE?

Certainly. Peter Aaron of ESTO has done marvelous work for decades and I really look up to him, I really hope I have the good fortune of meeting him one of these days, Tom Arban is a Canadian photographer with a really nice eye; the husband and wife team of Floto+Warner do incredible work, though more commercial in nature; Paul Warchol is a master I have long admired (especially for his interior work), Nick Merrick, the principal photographer at Hedrick Blessing. I was ever so privileged to take one of his workshops and he is amazing.  Scott Frances is the lighting master par excellence and really has no equal.   I love the work of Roland Halbe and hope our paths cross one of these days, our age and the paths we have taken have been very similar and he constantly blows me away with his work. David Sundberg, also with ESTO, is doing some of the consistently best work out there today.  If I can be seen anywhere near the same league as these folks, I would be honored.

WHAT IS THE POWER OF PHOTOGRAPHY?

There is no more powerful means of communication than the image. The image transcends the boundaries of language, culture, religion, time and space. I am in the unique position to capture and articulate great architecture into great imagery.

ARE THERE GREAT BUILDINGS THAT DON’T PHOTOGRAPH WELL?

Yes. The challenge with architectural photography is the ability to adequately depict intimate spaces. Why that becomes a challenge is because the photography that is most pleasing to the eye, tends to be shot at a focal length similar to that which the eye sees. What the eye sees is often closer to a longer focal length. In a small space, in order to depict what you need, you often need a wide lens and when using a wide lens it tends to either A.) Distort or B.) Make the space look larger than it is. Here you have two desires running diametrically oppose to one another.  It is for that reason that it is often very difficult to photograph intimate spaces, well. Case in point, a few years back I photographed a very interesting building that was 17ft wide by five stories tall interconnected by small walkways and passages. Though we created some interesting vignettes of the space, the space was near impossible to tell it’s whole story photographically. A space like that is best experienced in person and photos can only give you a glimpse into the real beauty within.

DO YOU HAVE ANY DO’S AND DON’TS FOR ARCHITECTURAL PHOTOGRAPHY?

I am not sure that there are any hard and fast do’s and don’ts but I do have my own personal preferences. Firstly, I always like to be level. I gravitate towards longer lenses because they more replicate what the eye sees than a wider lens. Mother nature is your friend and not your enemy. If you are willing to be patient, opportunities will present themselves.

When it really gets down to it, it is all about the work.  I want to be shooting great architecture because that is where I find inspiration. If you focus on the work and make it the best it can be, with no compromise, it will be solid.  That is what I aspire to do every day and I hope I succeed.

WHAT IS THE MOST AWE-INSPIRING ARCHITECTURE THAT YOU HAVE SEEN UP CLOSE AND PERSONAL?

Watching the Quadracci Pavilion at The Milwaukee Art Museum, which was designed by Santiago Calatrava, and watching the closing of the “wings” at dusk was without a question awe inspiring.  Man do I want to shoot one of his buildings! 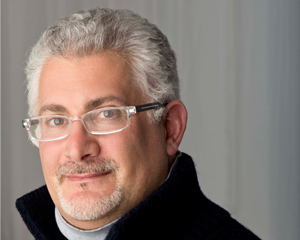 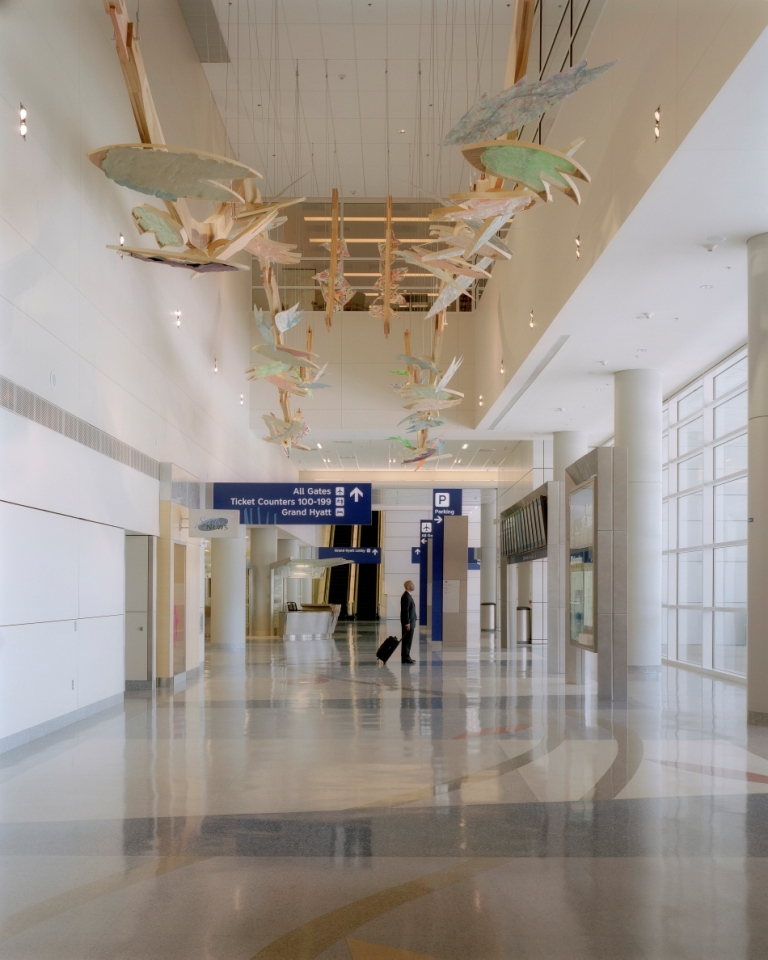 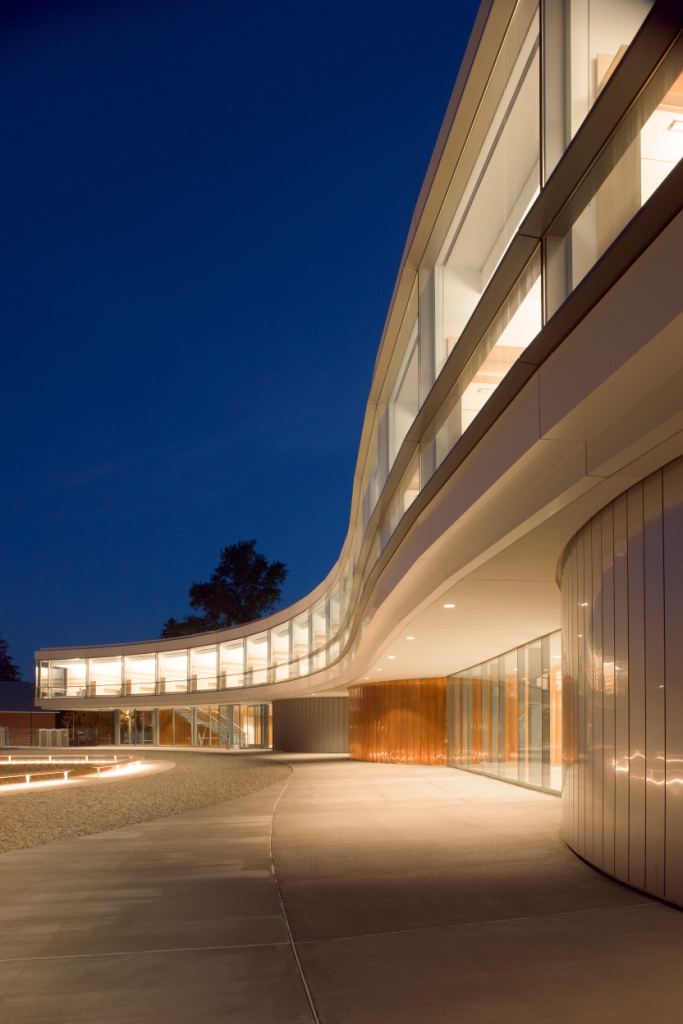 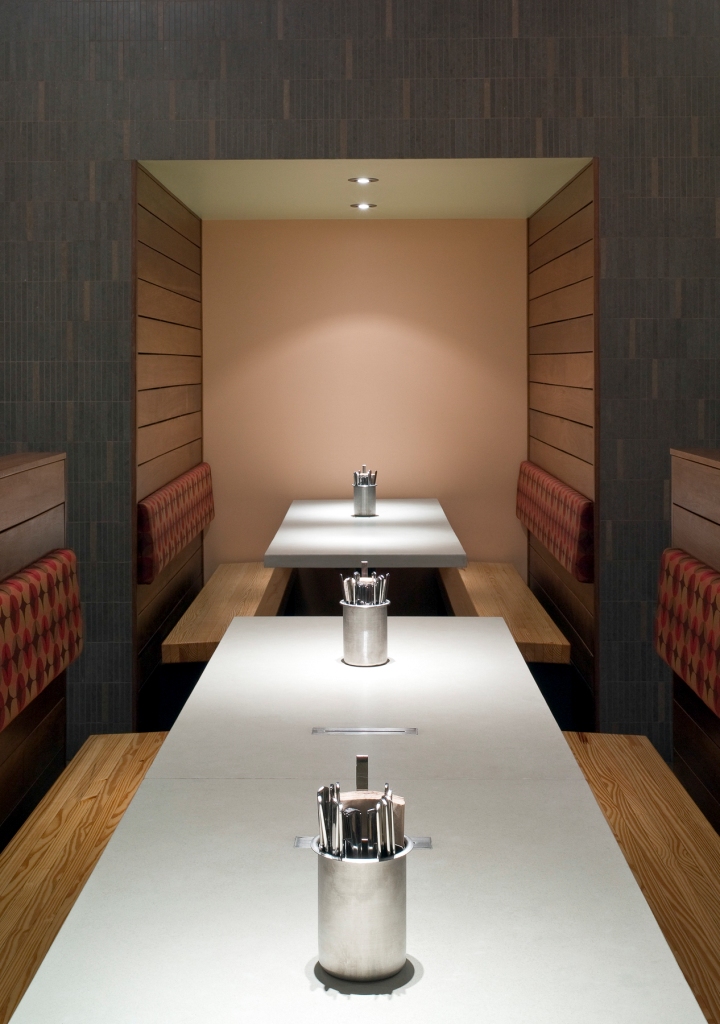 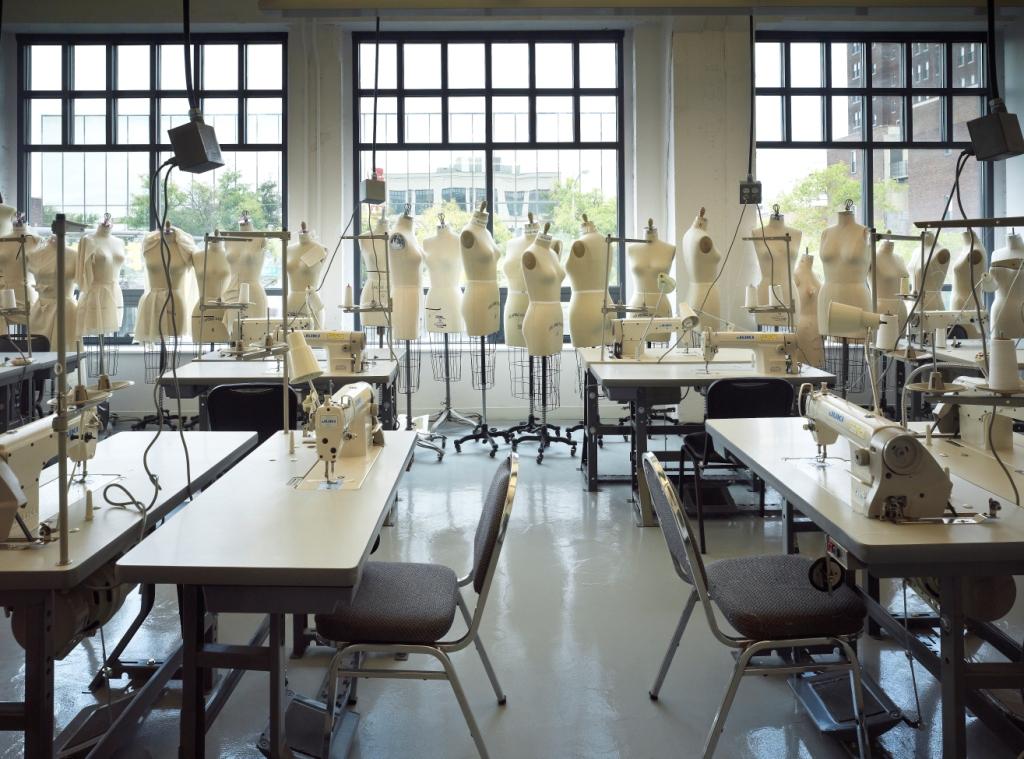 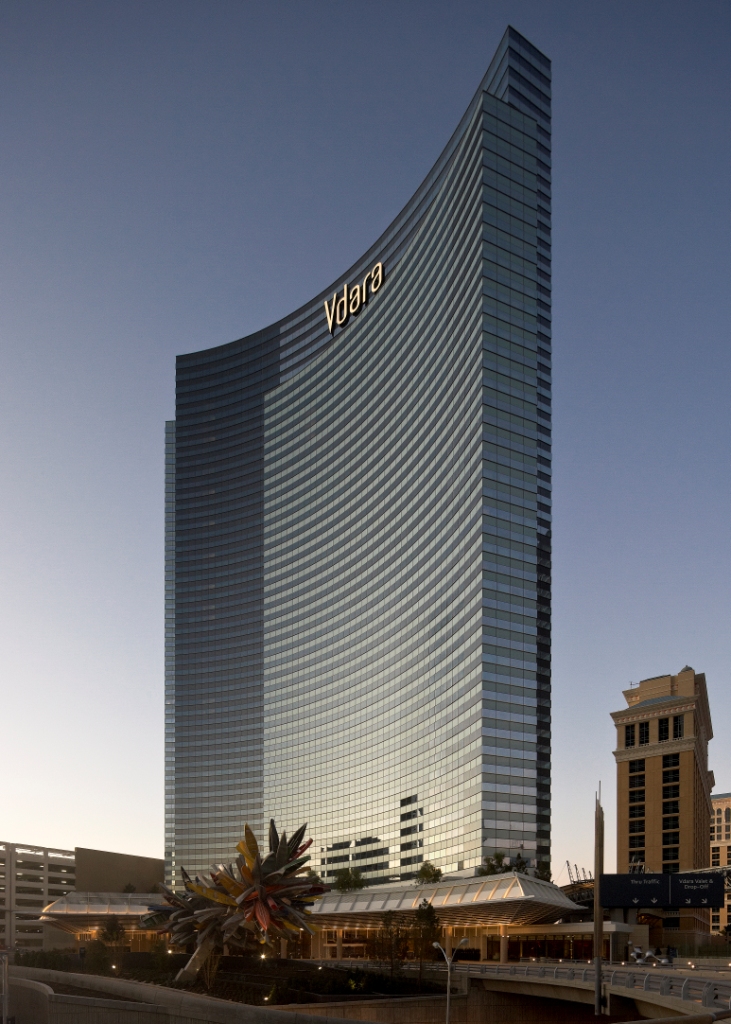 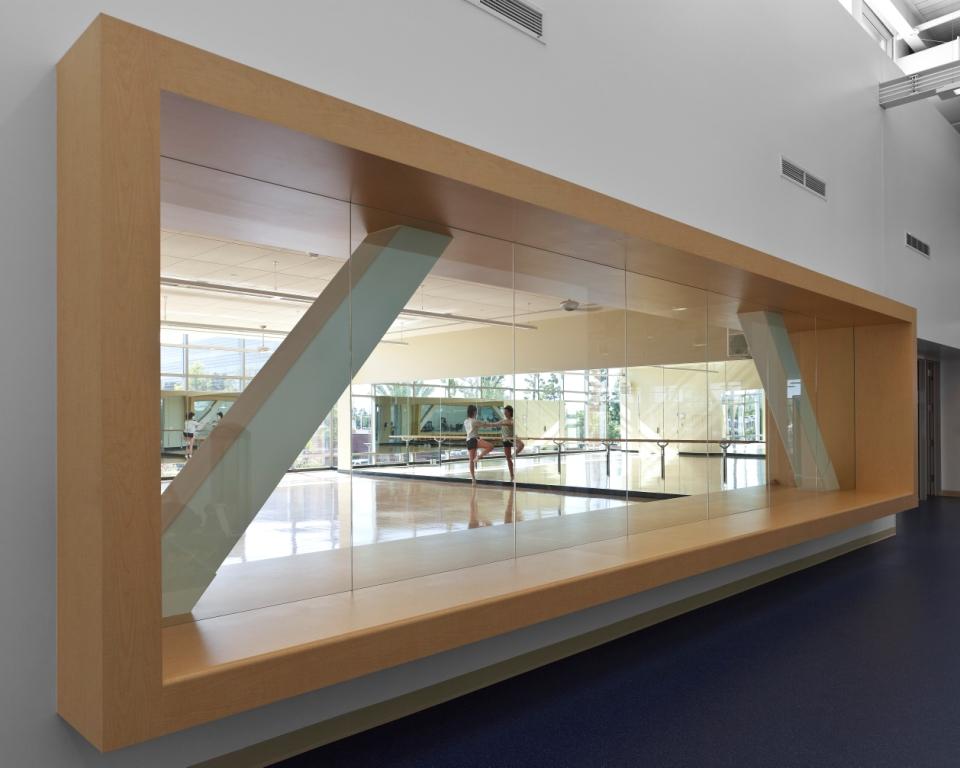 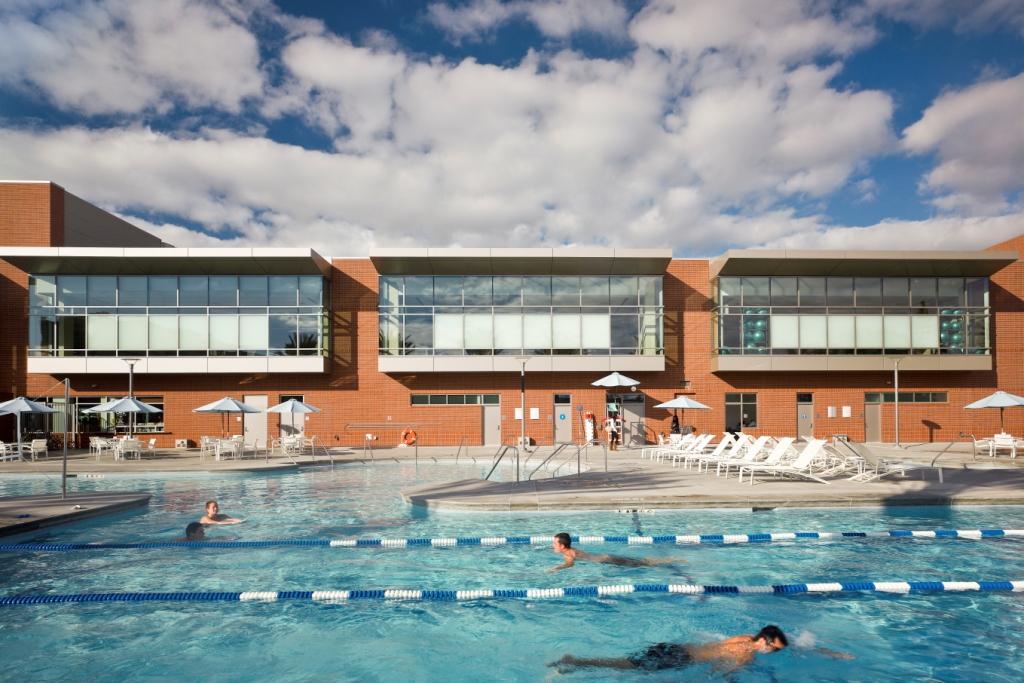 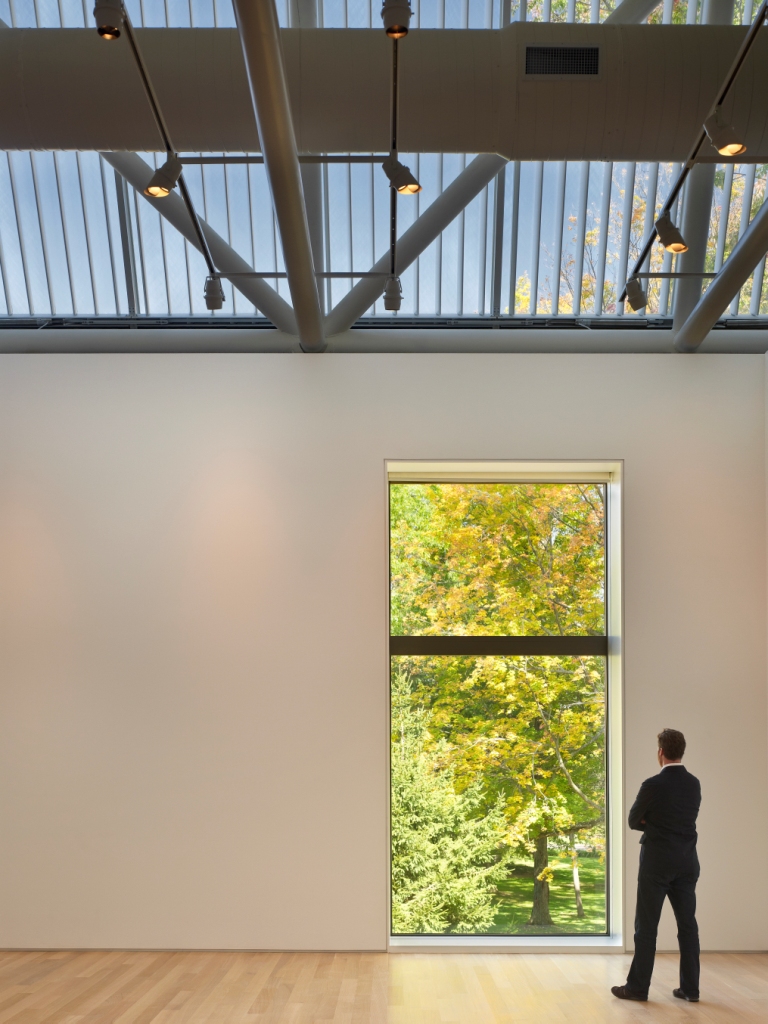 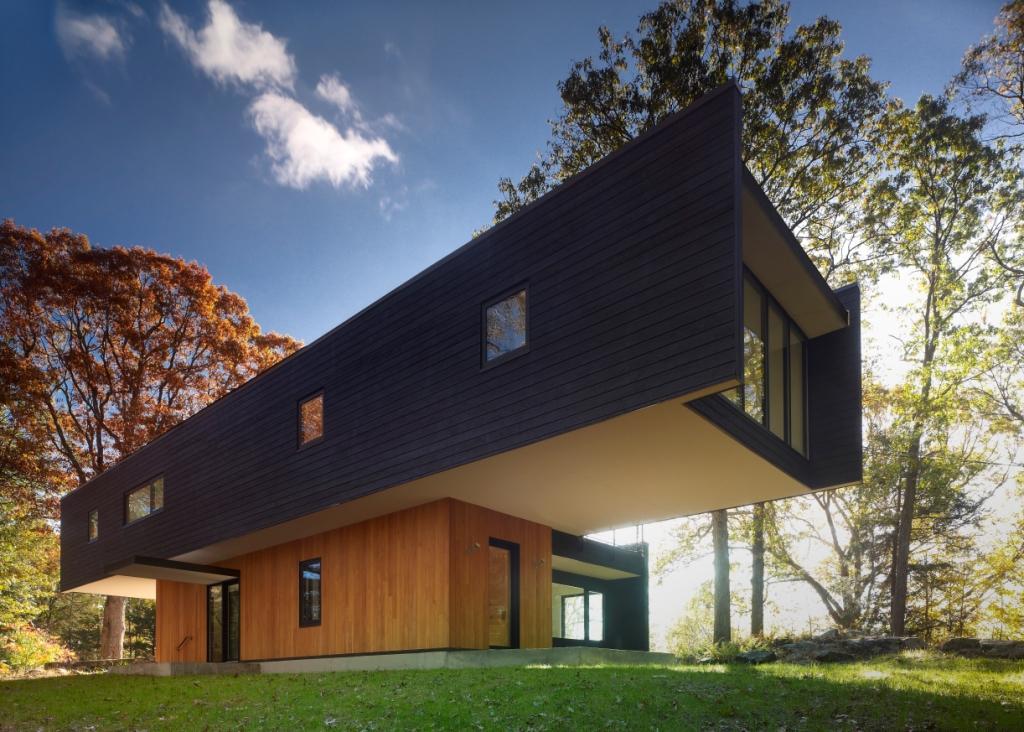 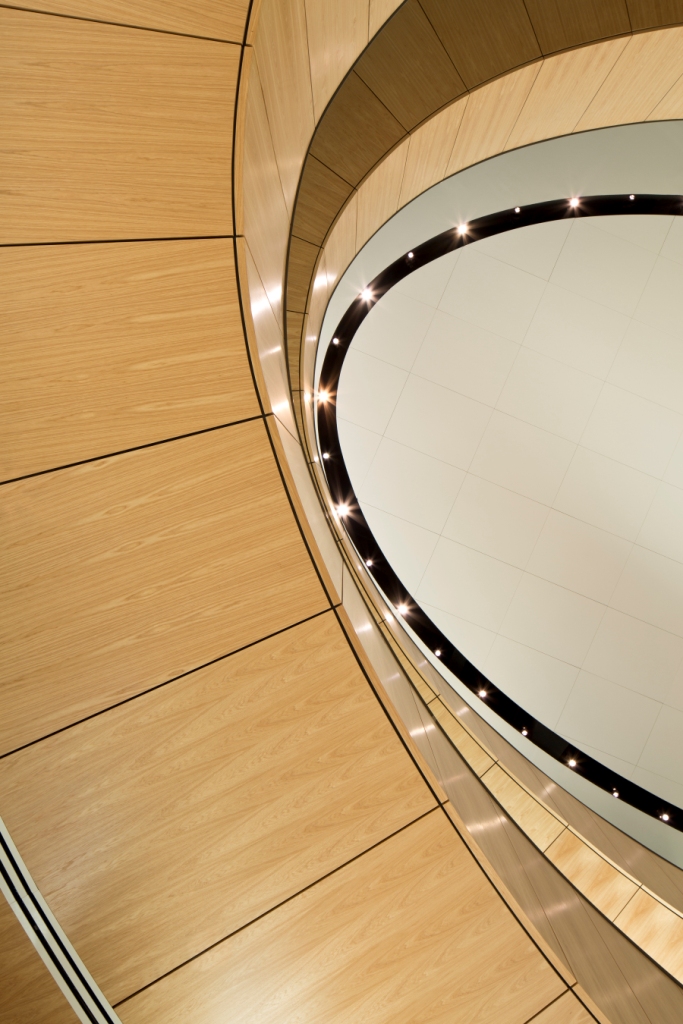 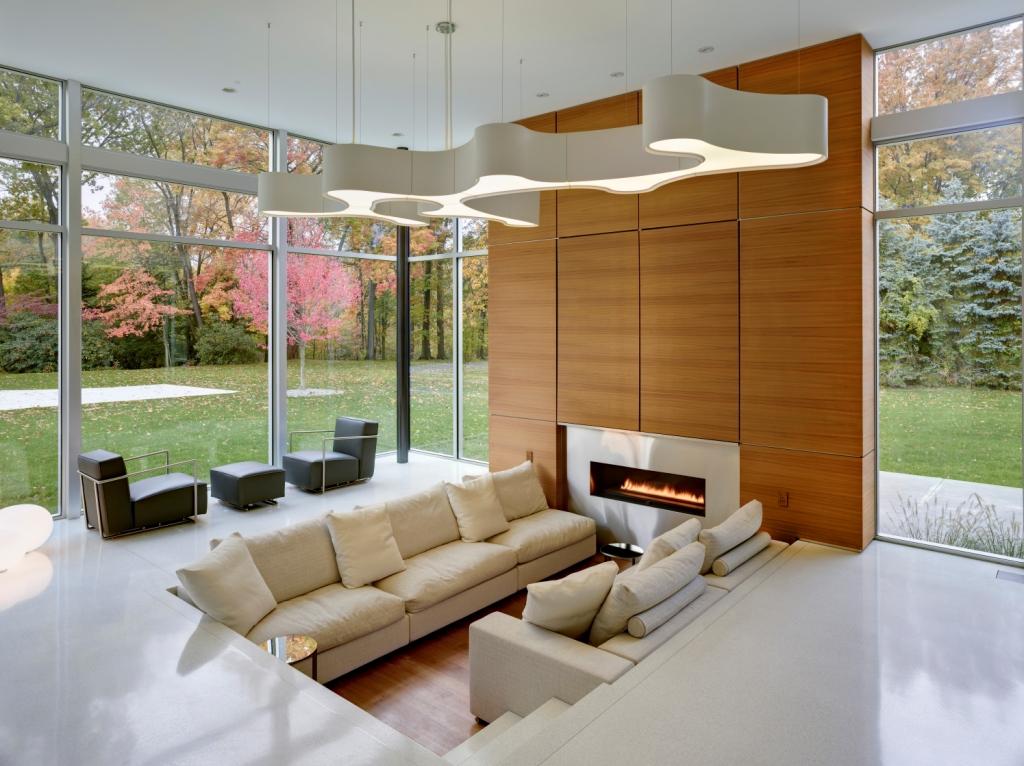 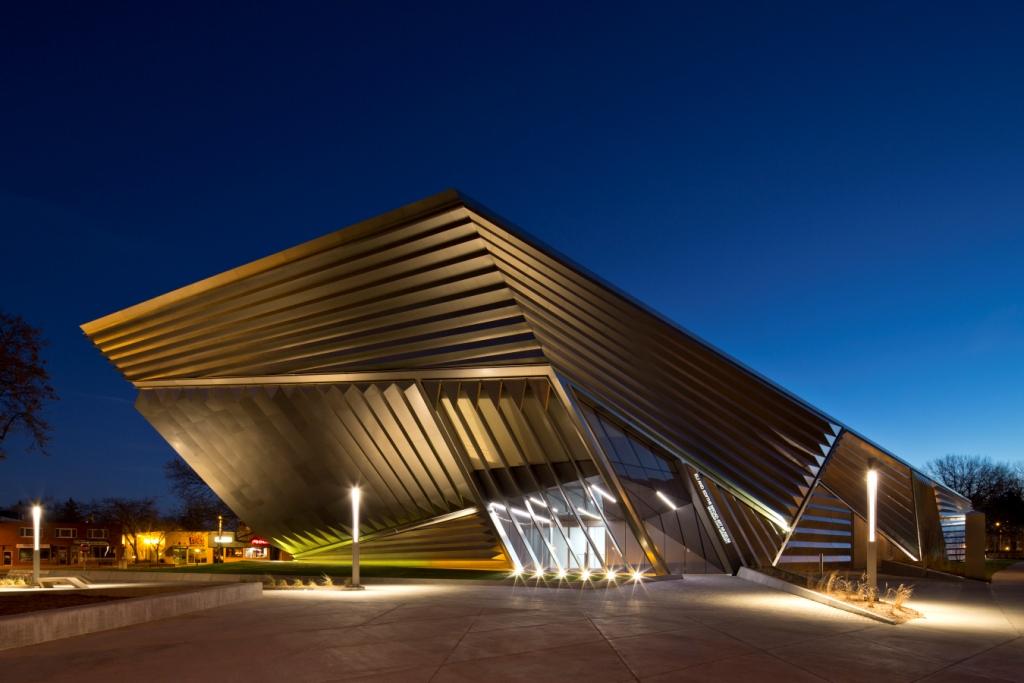 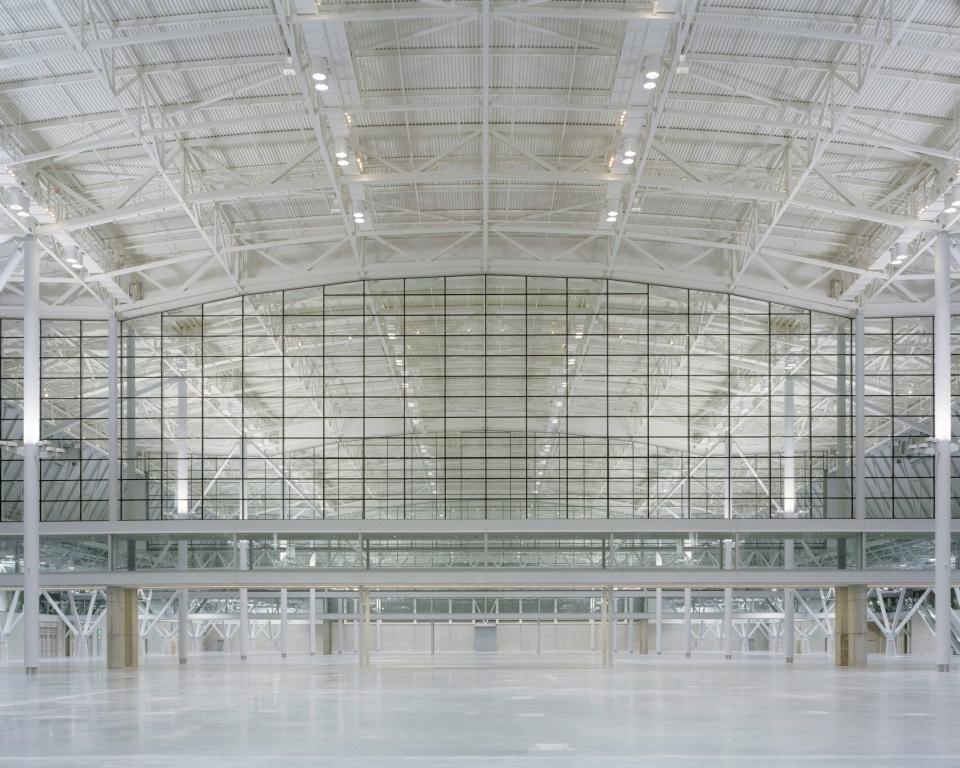 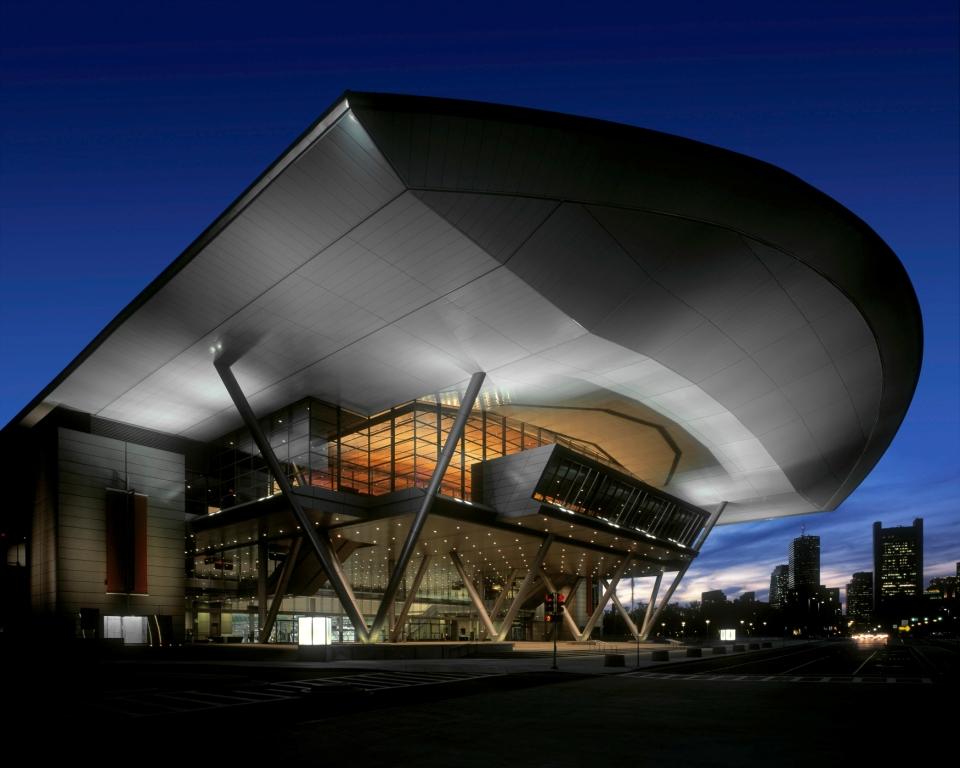 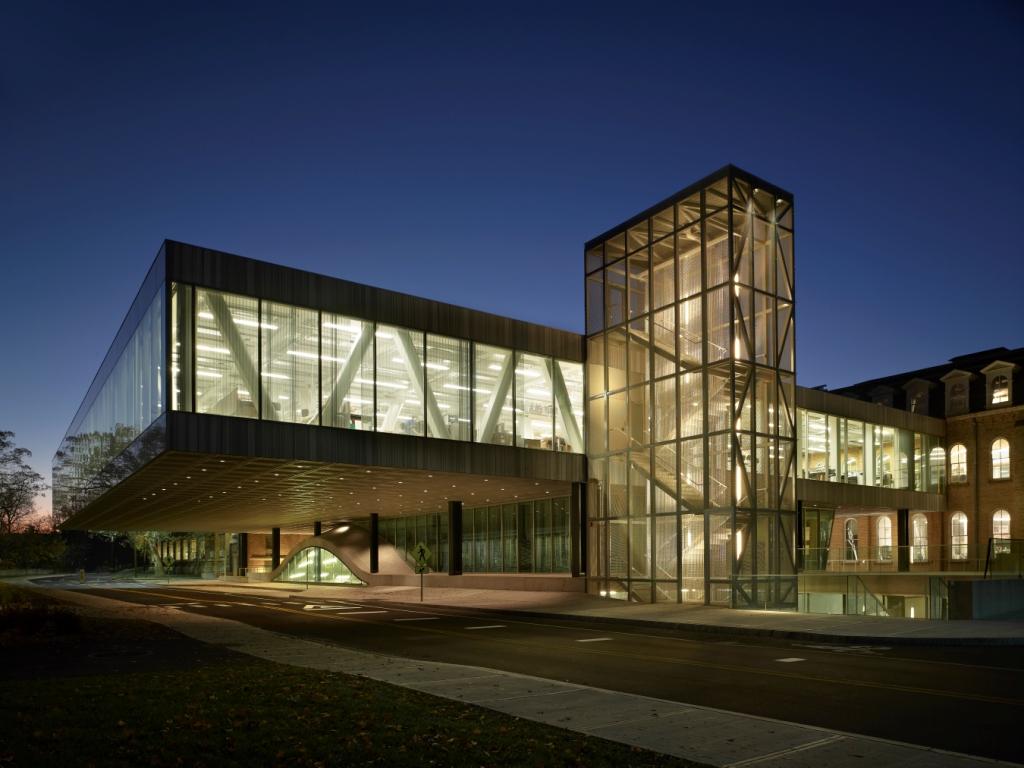 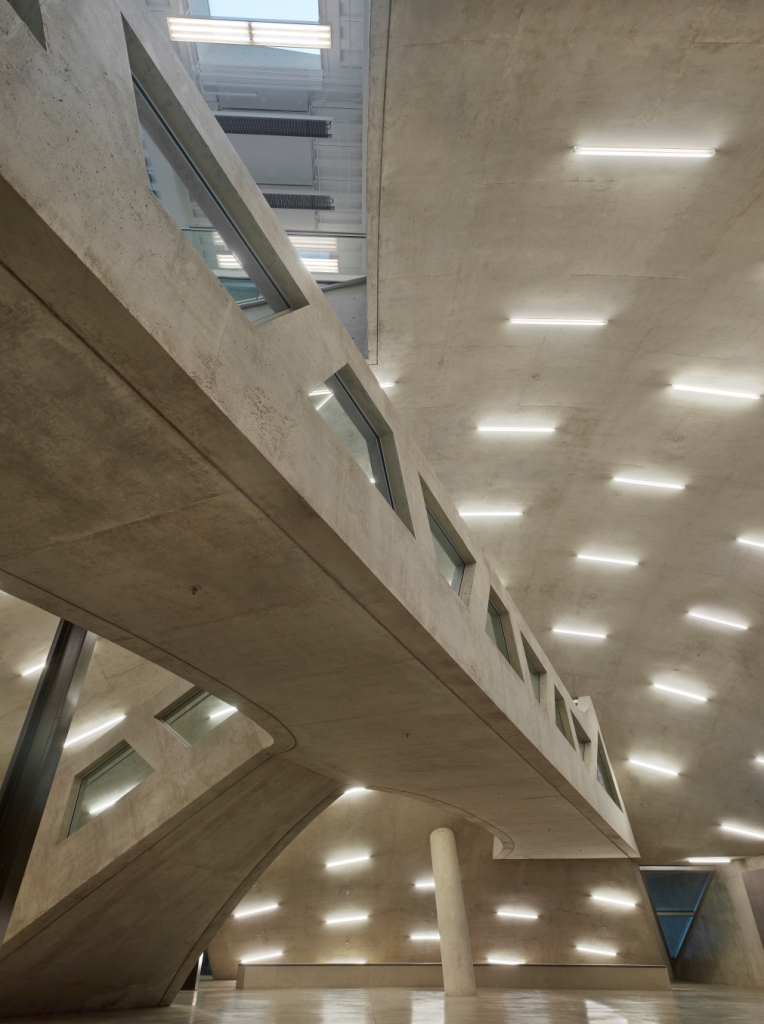